I woke at 6am, packed up quietly, and said goodbye to the one guy who was awake. It was just getting light out at 6:30am, but at least the trail was nice and smooth, nothing to trip over.

And then a half mile later, it was flooded. Stupid beavers. 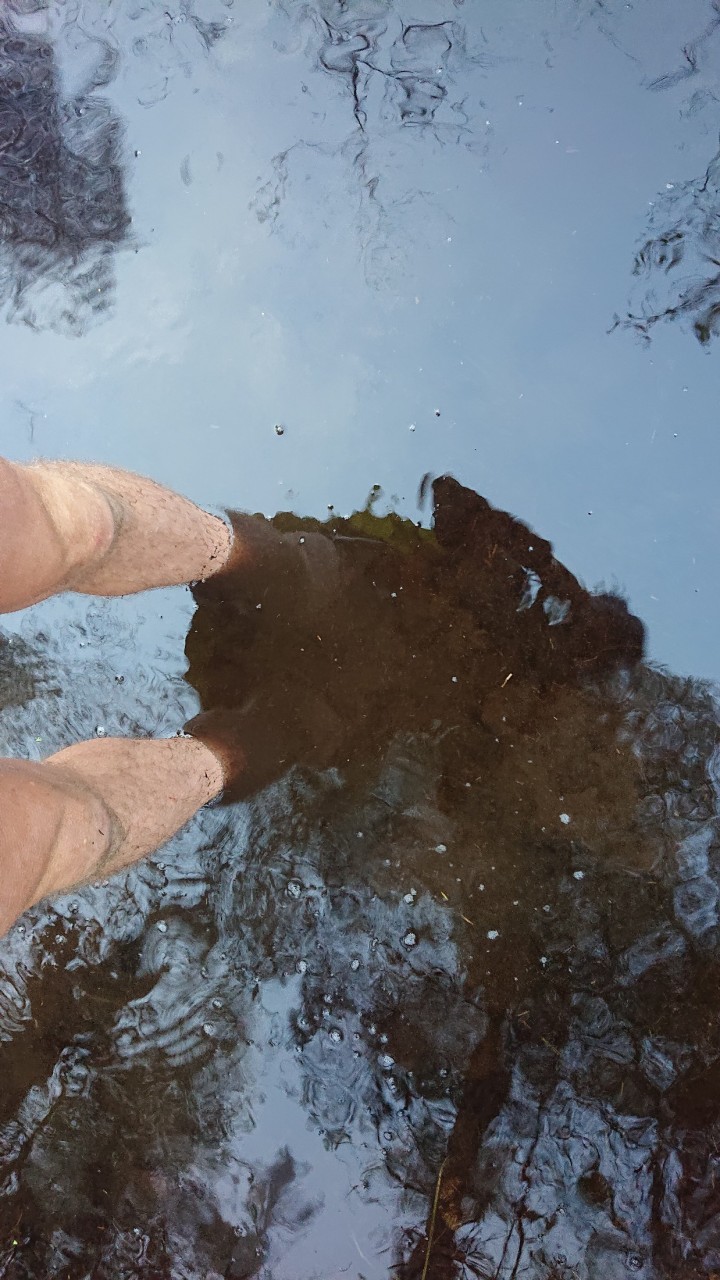 I emerged on the other side and hiked an hour with soggy feet. By the time I got to the road, they were mostly dry. 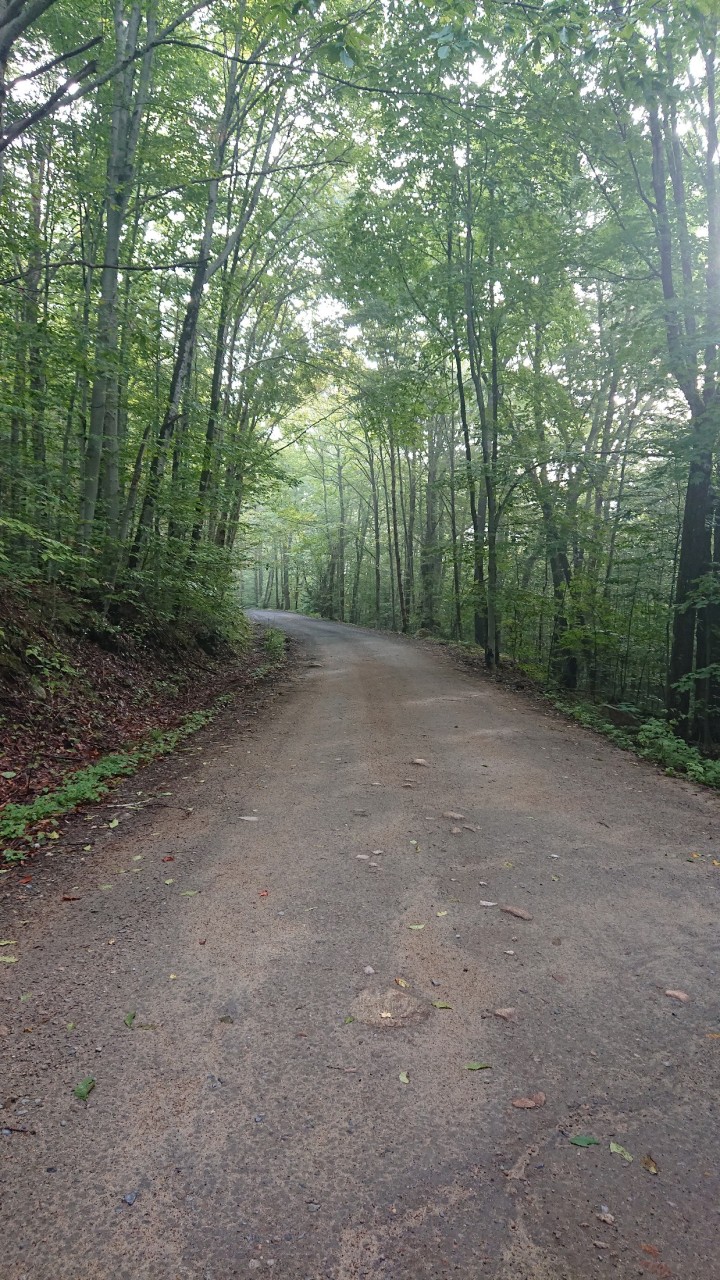 I walked into the Wakely Dam campground at 8am, and it was strange seeing so many signs of civilization.

I met my friend Justin and his daughter, and we had a nice chat over 2nd breakfast.

We walked over to the actual dam to check it out. 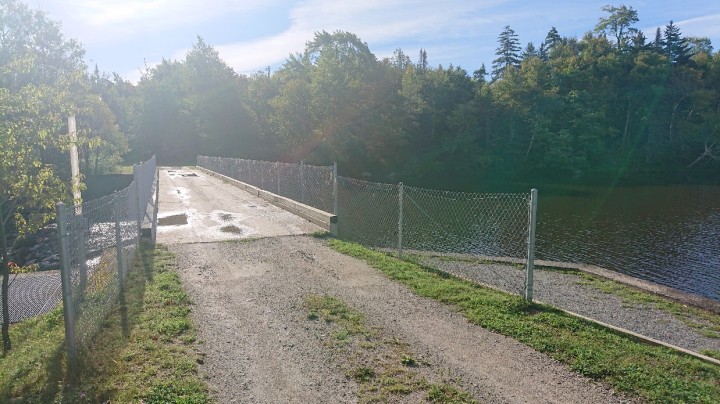 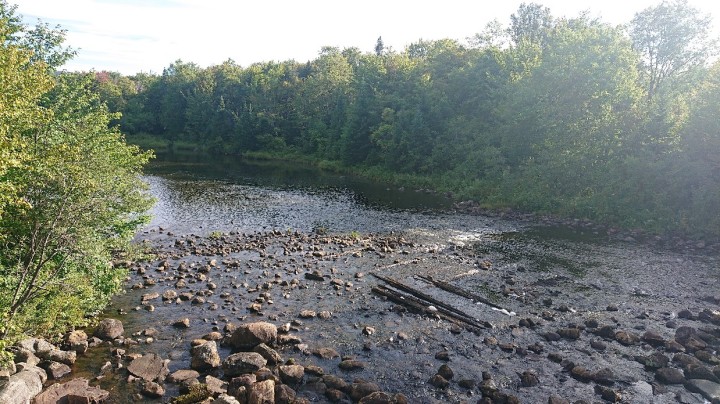 After eating and catching up with them for almost two hours, I continued on, hoping to make miles. I passed by Wakely pond, and turned off the road onto trail again.

The trail followed an old road and was nice and smooth again. 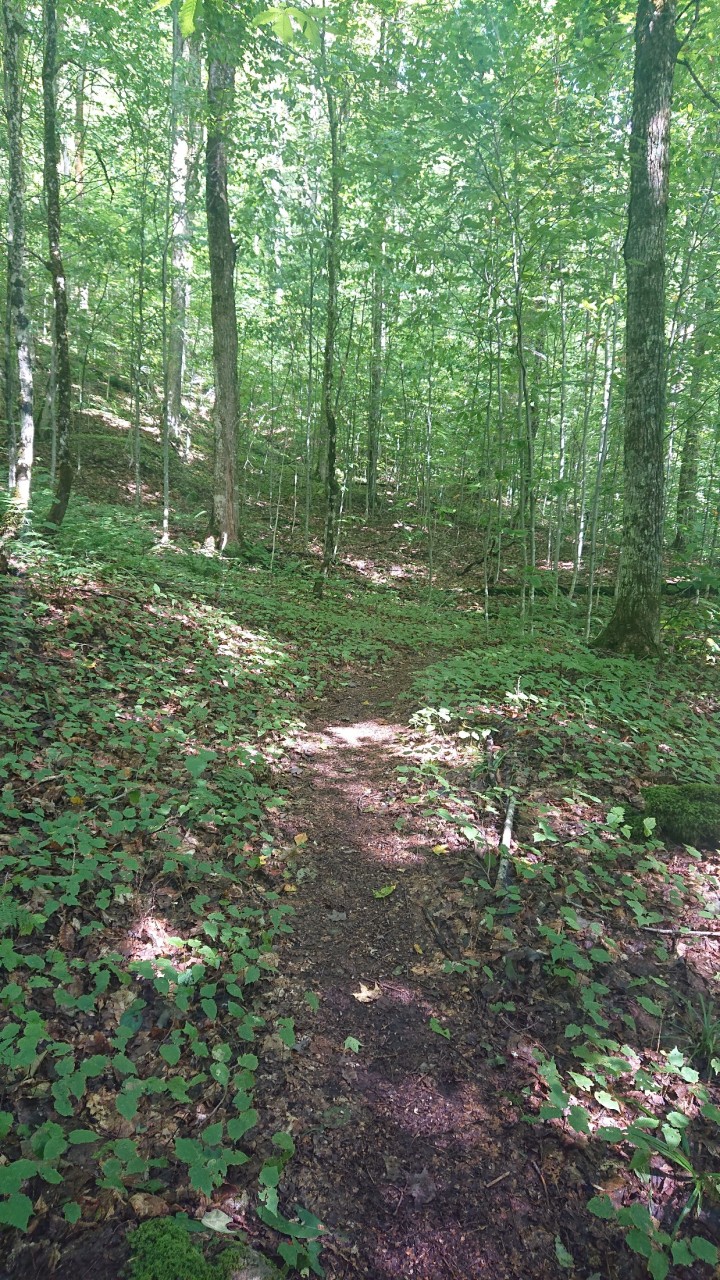 The forest was damp and also full of mushrooms, I felt like I was in a video game.

I stopped at Stephens pond for lunch, and it was a nice breezy spot. 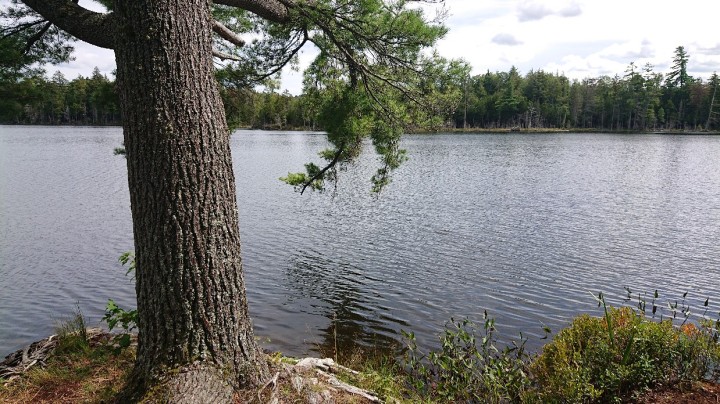 Some loons swam up and surprised me! 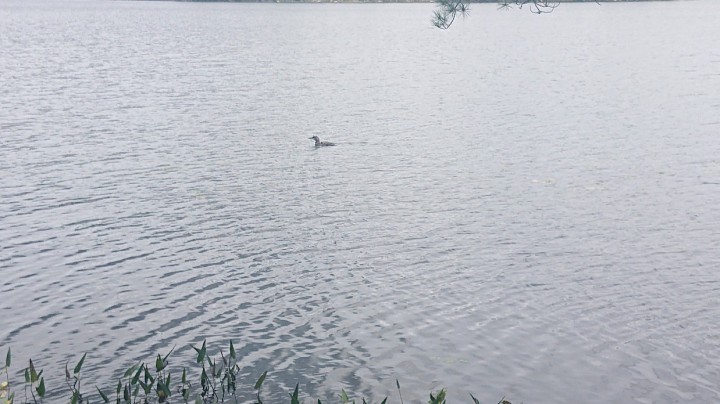 I hiked onward, and was soon at Lake Durant and its campground.

I didn’t see any food or showers, so I crossed the highway and hiked north. The next section of trail had tons of these puncheon boardwalks.

I came to Tirrell pond, and hiked along it for over a mile. It was so quiet, no wind or loons.

I chatted with a group of caretakers at the Tirrell lean-to, and they told me about this bridge. Yup, seems a little sketchy. 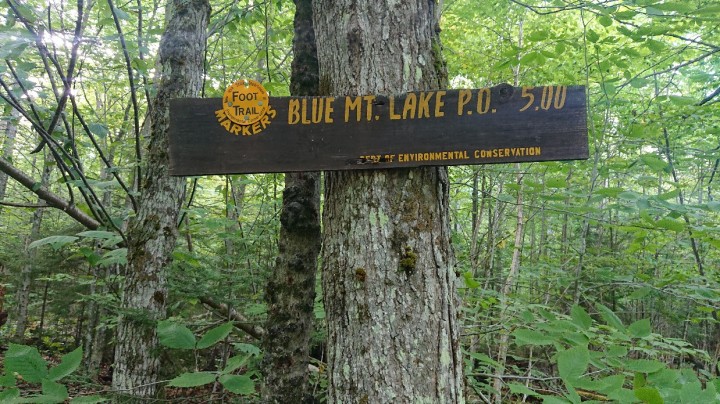 I crossed the Salmon River on a road bridge, and briefly chatted with another thru hiker!

The Fonz was fun to talk to, he had hiked parts of many other long distance trails too. I continued on, hiking into darkness on my way up to Blue Ridge, the highest point on the NPT. 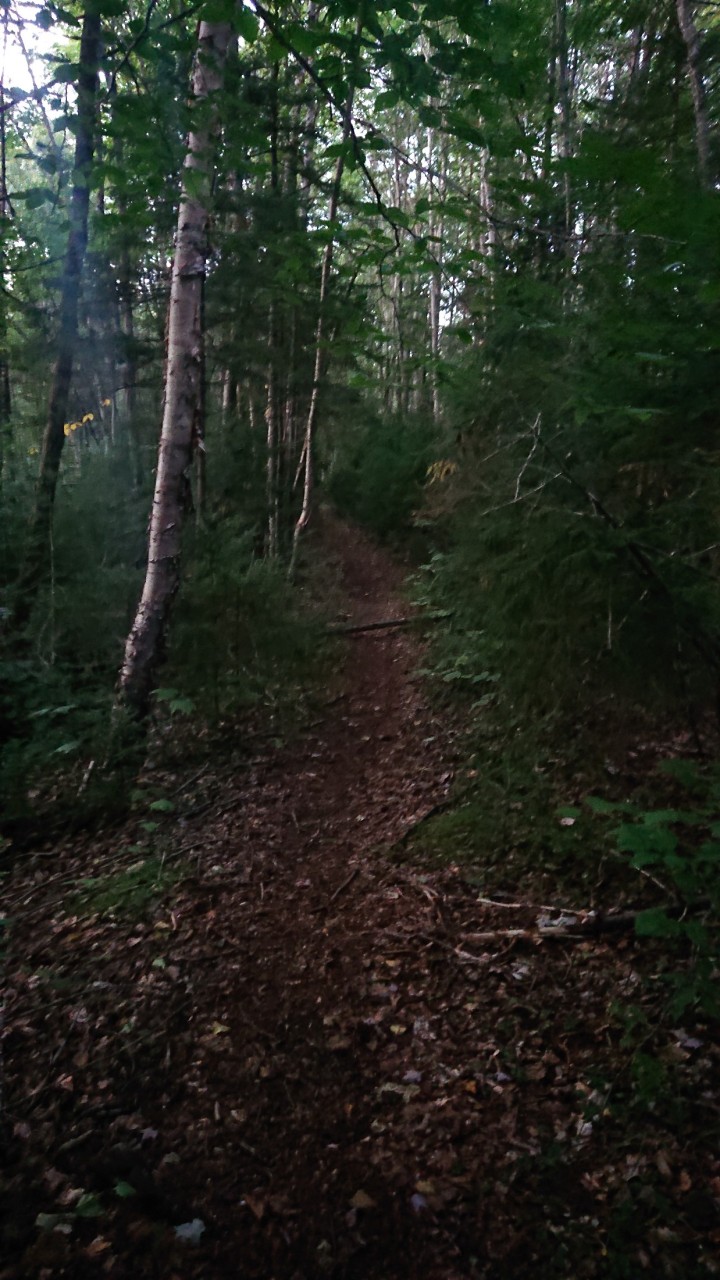 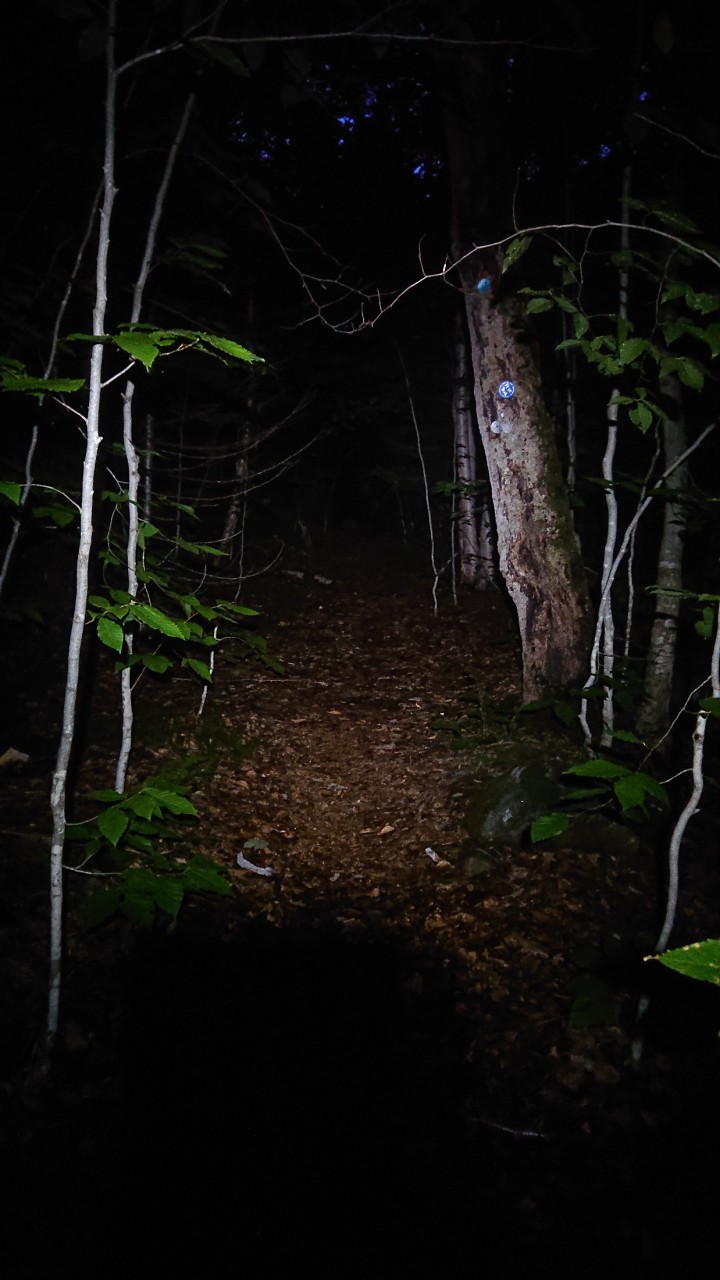 I setup camp, ate a quick dinner, and fell asleep.