I started quite early today at 6:30am, since I had almost 24 miles to cover to get to Ross Lake Resort, where I had shipped a food package. The surrounding mountaintops were hiding in small clouds in the early morning.

I descended the 5000ft/1500m to the lake, which took a couple of hours. Down at the lake, the clouds were lifting. 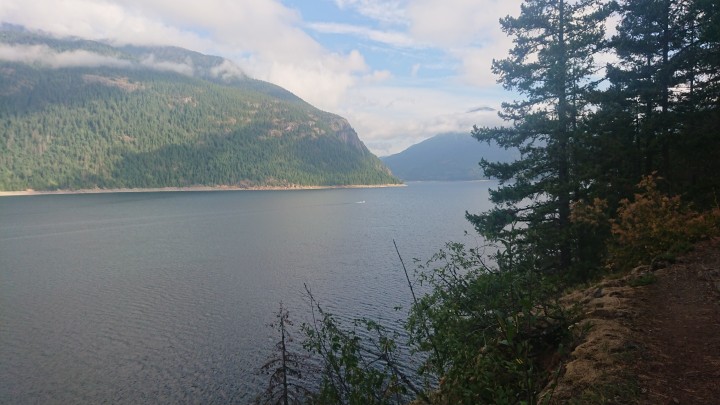 I crossed over Devils Creek on a swingbridge, and the water below was a cool aqua color. 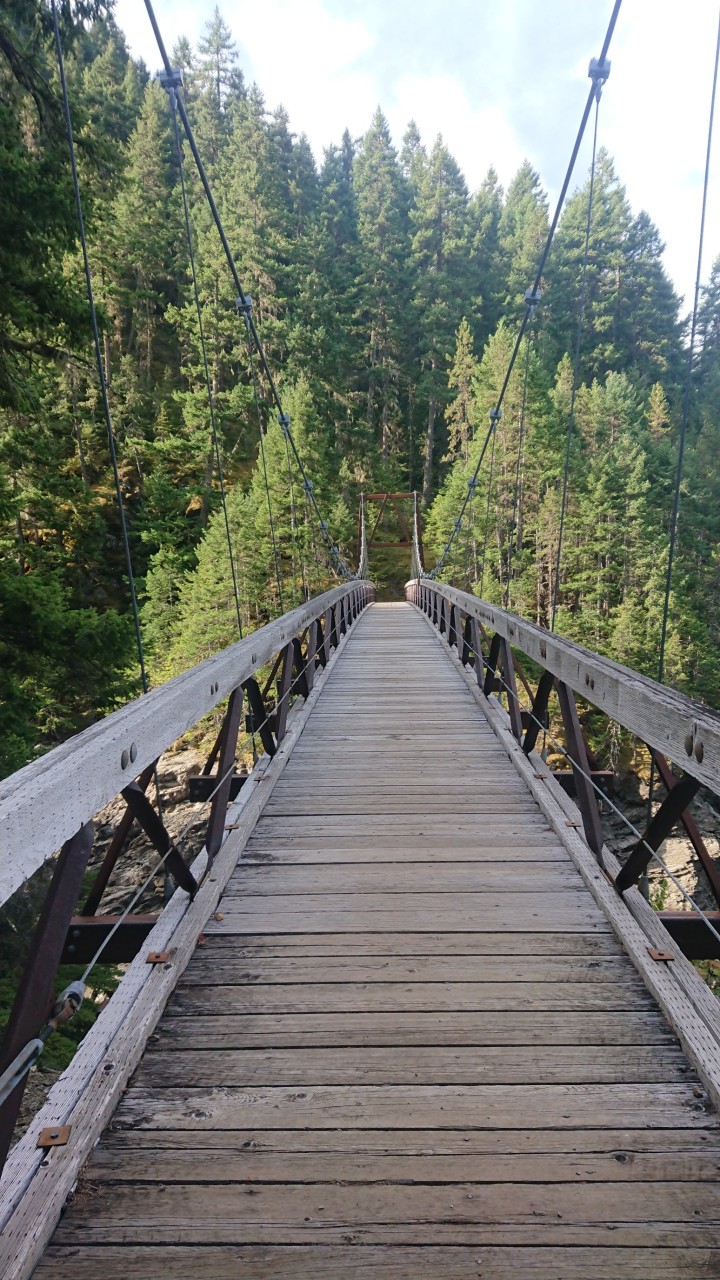 Then around the corner, I had a surprise – the trail disappeared for a minute! I proceeded with more confusion than caution. 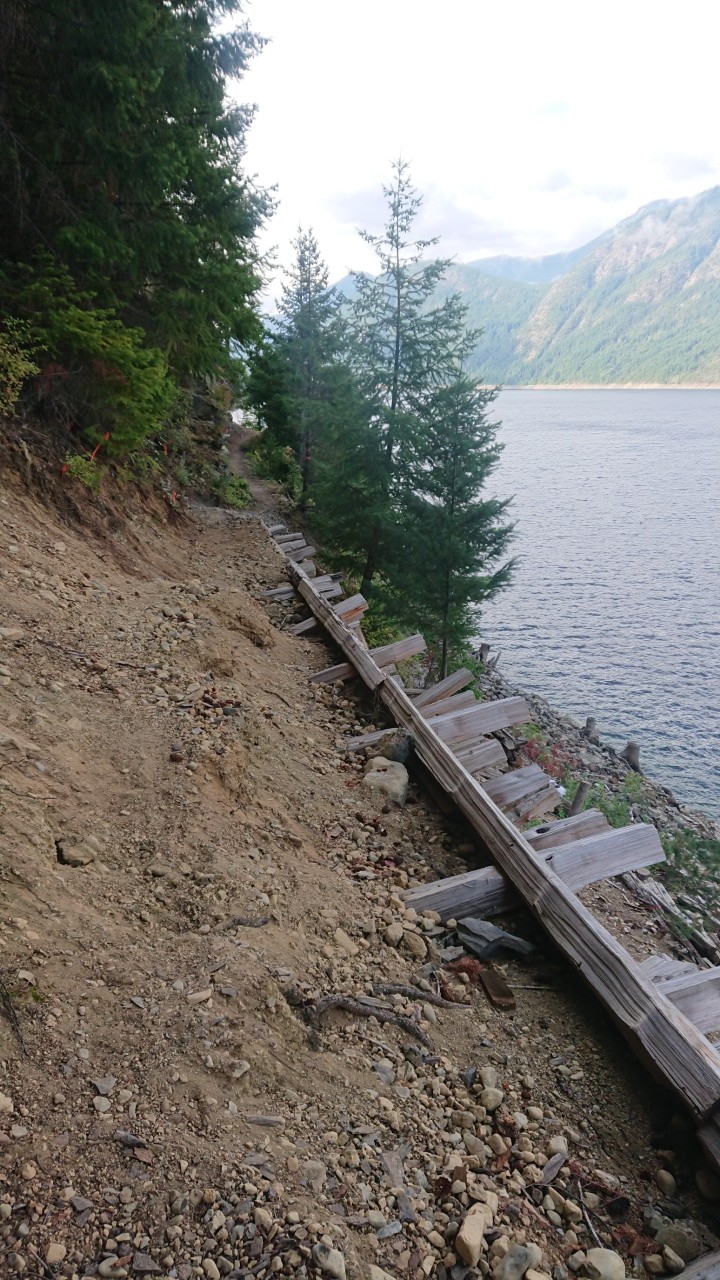 After a hundred feet, it came back.

The entire day I was in the Ross Lake National Recreation Area, but this was the first sign that showed it.

I stopped for a quick lunch (I was almost out of food) at a trailhead, then I headed down the “Happy Panther” trail. Better than the Sad Panda, I suppose…

It was a nice, cool and shady trail. And everything was so green! There were ferns everywhere too. 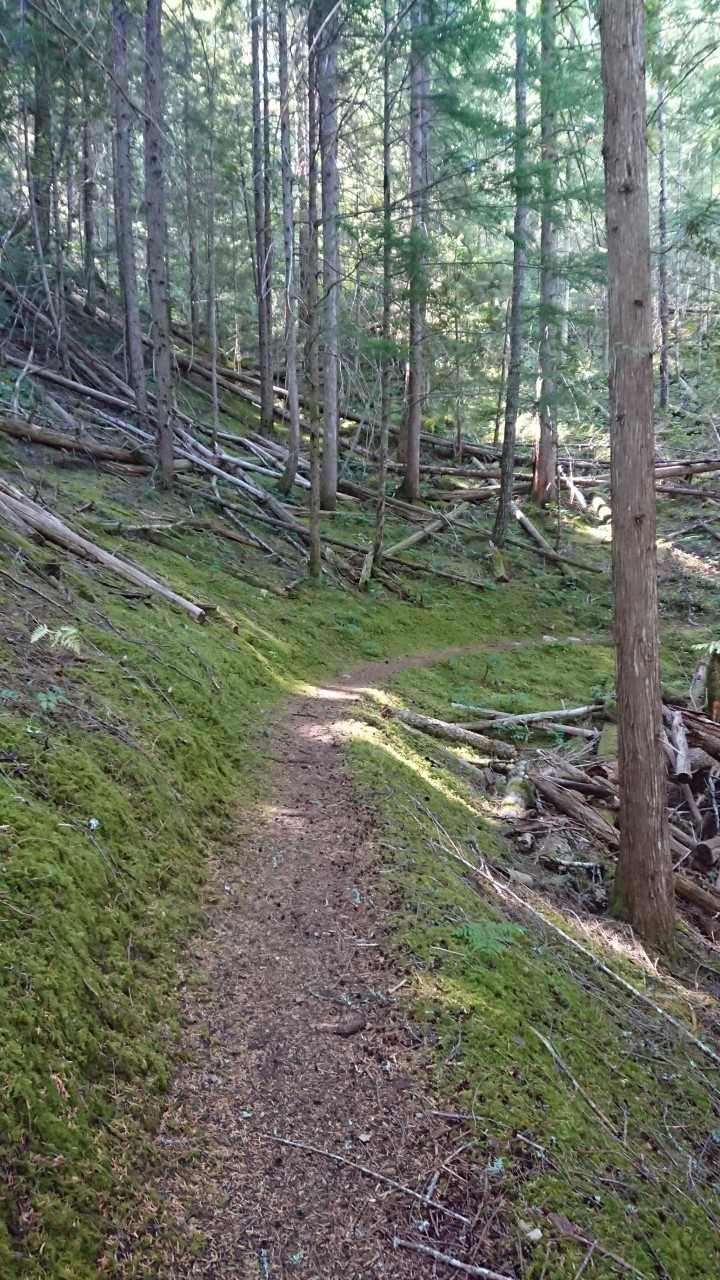 Towards the end of the day, I came to the dam that creates this man-made lake. 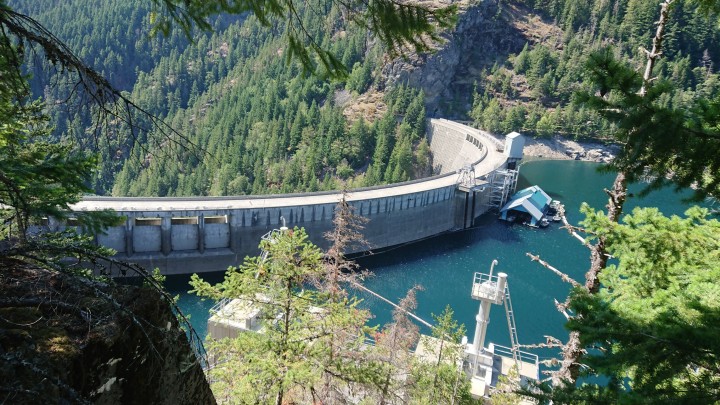 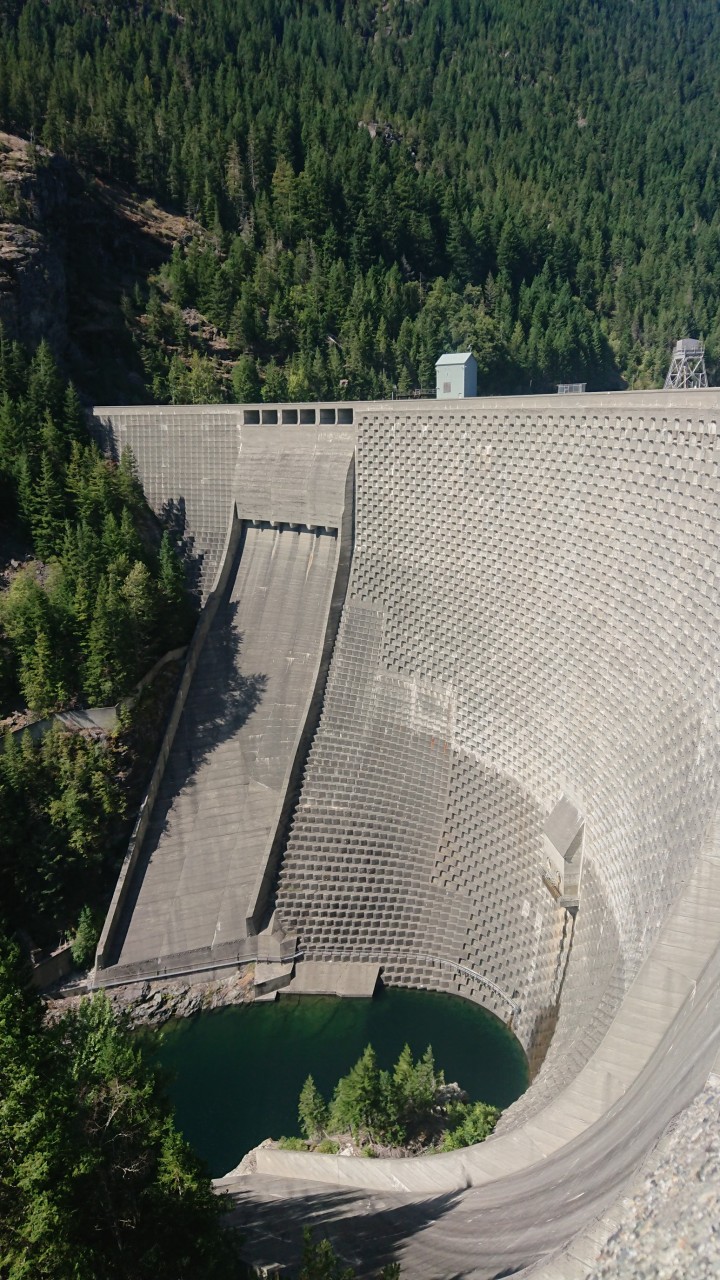 It’s huge! The trail goes right across it, so I took plenty of photos. 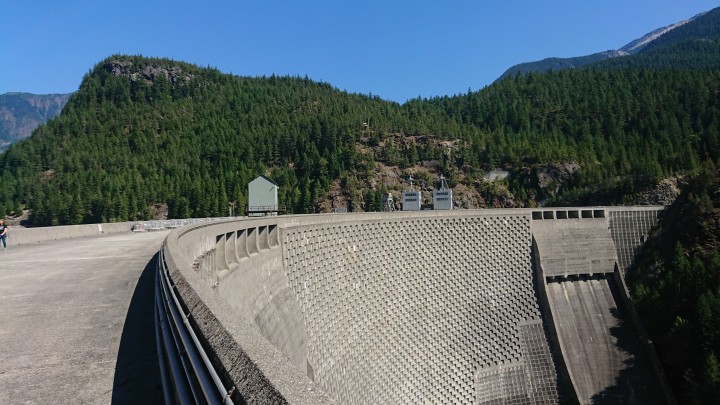 I arrived to Ross Lake Resort a mile later, at 3:30pm.

I asked for my food package, and the hiker-box (where hikers put/take extra stuff). I made dinner from some extra ramen, tuna, and beans in the hiker box. I sorted my food package into my backpack, bought some snacks, and charged my devices. Three relaxing hours later, I left and hiked over to my campsite, 10 minutes away.