I parked at the trailhead where I left off in June, and packed up as I ate the last of my leftover dinner burrito. The first 30 minutes were an uninspiring walk along a country road, but at least the weather was nice.

The trail left the road at a rather obscure point, and after 10 minutes of poking around the road shoulder, I found the overgrown trail junction. The next mile appeared to be seldom used, and rather narrow.

Then, the trail got really interesting. It appeared to aim straight for a cliff, as if to climb directly up it. Well, hmm.

After another 5 minutes of poking around the cliff base, I found the blue-blazed route, leading up through a steep gully in the cliff. Interesting. 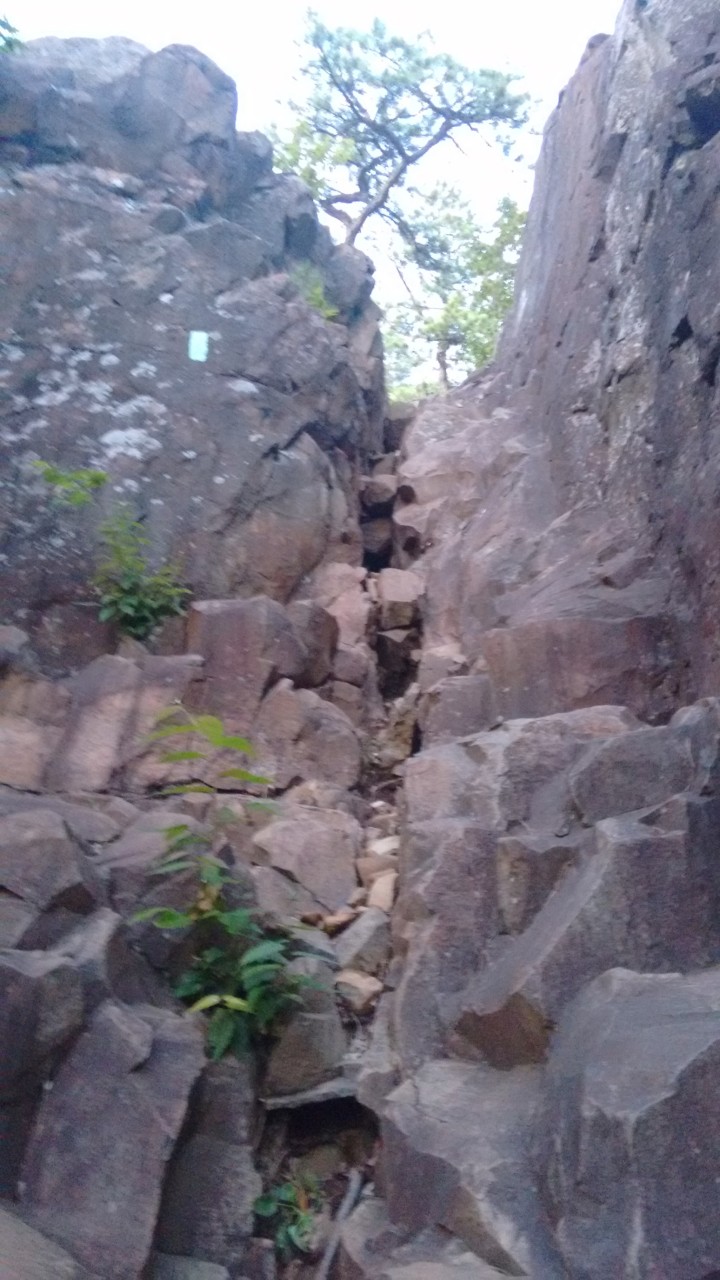 This sign at the top of the gully was reassurance that yes, I was indeed on the NET. I’m sure the cliff section causes most hikers to have their doubts! 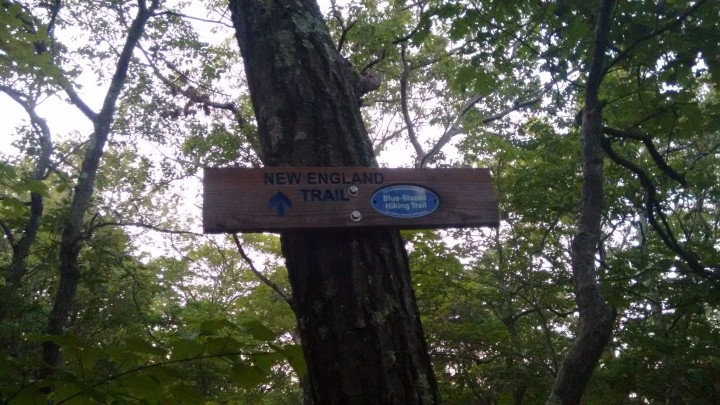 The next half-mile was a beautiful walk along the top of a completely exposed west-facing escarpment. The sunset was pretty awesome!

As soon as I re-entered the forest, the tree canopy blocked out most of the dwindling daylight. I was able to avoid headlamp hiking, since I only had to hike another half mile to get to a camping spot.

The early daylight meant that I was awake at 6:00am again, and hiking on the trail by 6:30am.  The trail stayed high on a ridge for an hour, and I had good views of the Wassel Reservoir.

The rock in this area was very interesting, filled with all these little raised lines. I think it’s called traprock.

As soon as I descended off the ridge, the damp valley was filled with these massive fungi!

A couple hours later, I had a small climb up and over Bradley Mountain (607ft/207m). The trail turned rocky again, and the snakes were loving the sunny warm boulders!

I saw probably 8-10 more snakes in the next hour, but I didn’t bother getting photos after I saw how common they were. The trail crossed under Interstate 84 along some old train tracks. At first I was worried about train traffic, but then I saw how OLD the tracks were! 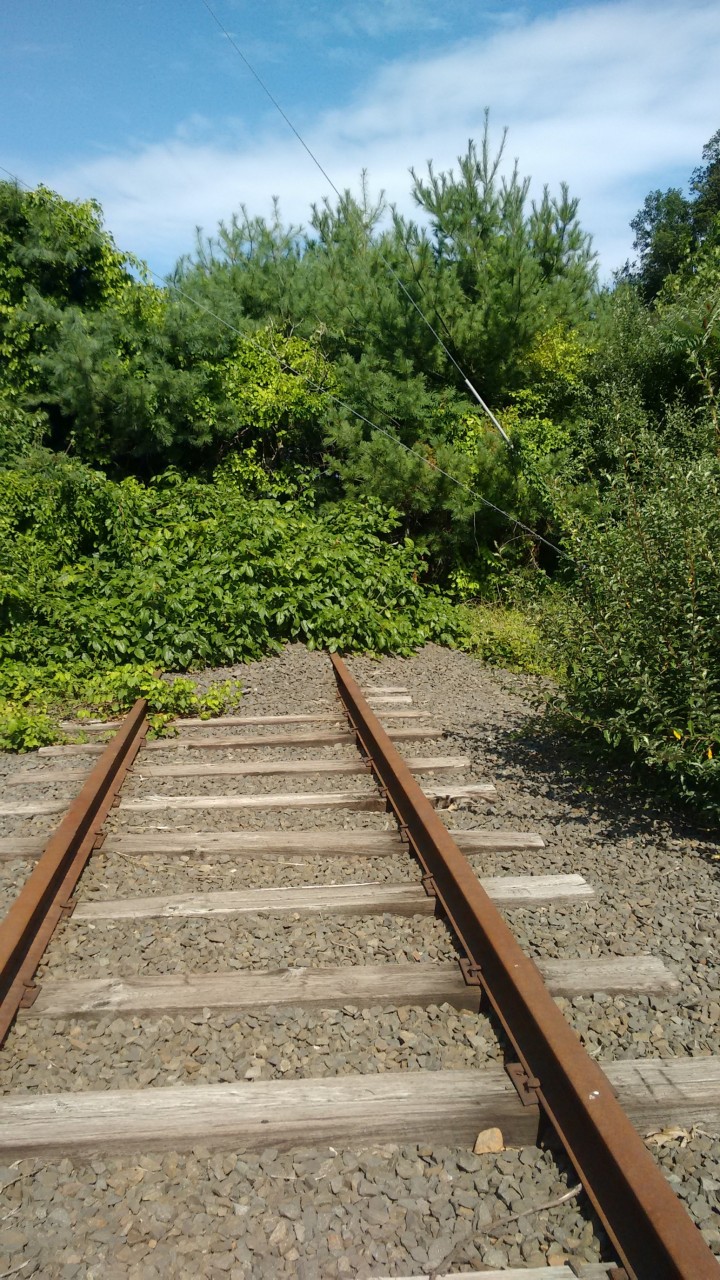 I had lunch on the nice warm train tracks, and then made the hour-long climb up to Rattlesnake Cliffs.

There was a random trail register in the middle of the woods, miles from my previous road crossing. Weird. I signed it, and saw that it was mostly used by rock climbers for a nearby cliff.

A few minutes later, I did see several groups who were carrying ropes and helmets, so it must be a popular climbing area. I’ll have to come back to investigate!  After dropping down off Rattlesnake mountain, the trail traversed an extensive boggy area. The boardwalks were nice, thank you trail crews! 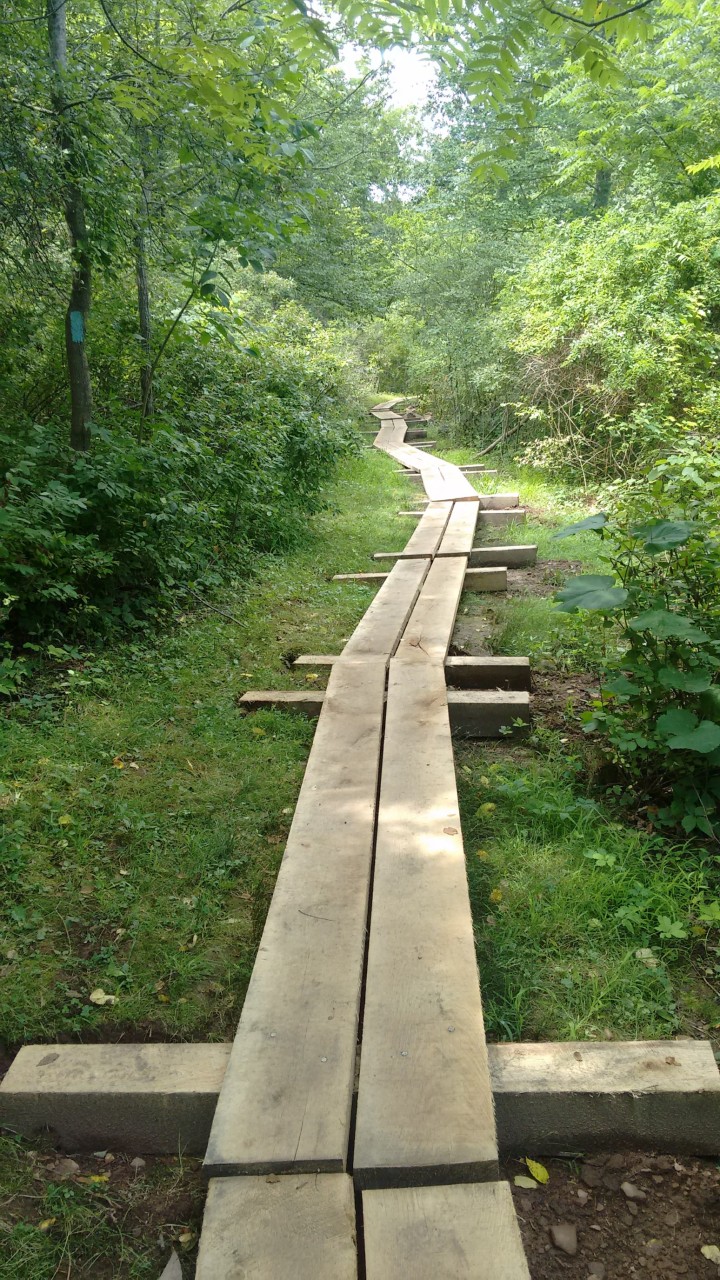 After a 22-mile day, I arrived at a road crossing at 4pm. I considered hiking to the next road crossing 4 miles away, but it was getting late on a Sunday, and I still had a 2 hour drive home. Plus, I was still tired from my trip to the Winds last week. So, I summoned an Uber, returned to my car by 5pm, and stopped for a nice Dibella’s sub on the drive back.