We slept in late, and then walked around town, it felt so easy to walk without a pack on! A breakfast cafe caught my eye, and we went in and get some huge egg & chorizo burritos. 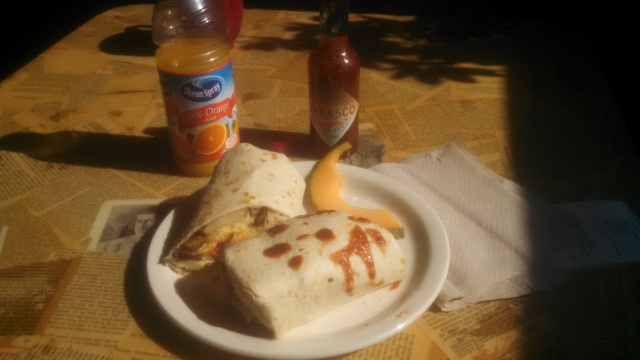 While we were walking around town, Quickham noticed that many of the shops were selling clothing and gear specifically for the upcoming total eclipse. How bizarre! 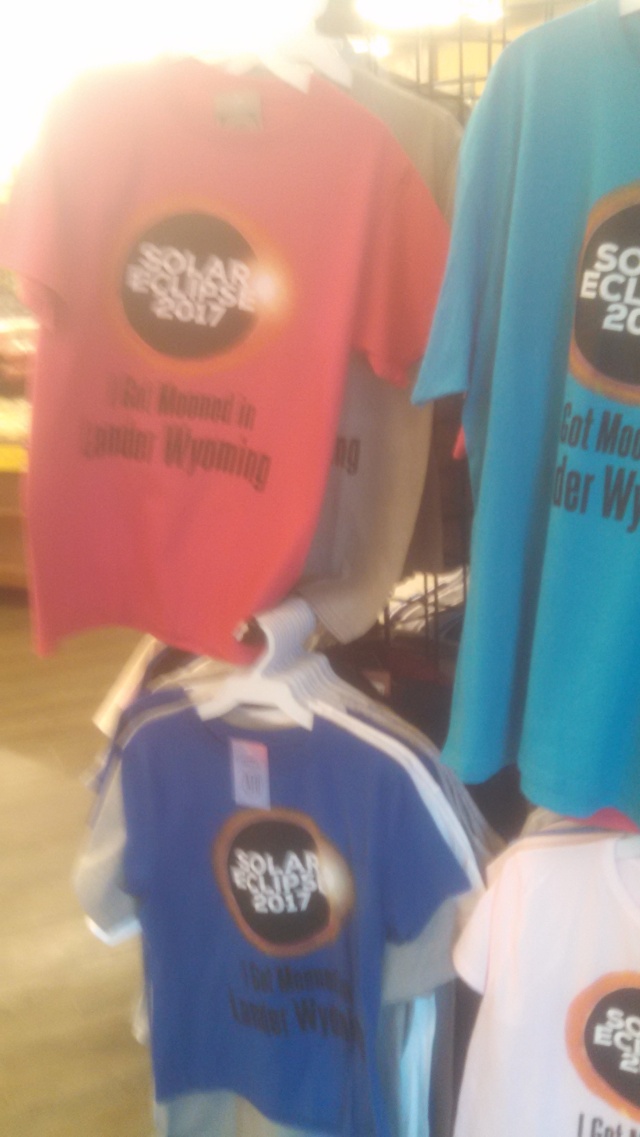 It’s a 5-hour drive back to the Salt Lake airport, so I said goodbye to Quickham, and hit the road after lunch. After an hour, I was at South Pass City, where the CDT crosses the highway. I decided to make a stop and stretch my legs. The hiker logbook was still there at South Pass City, and I was beyond fascinated to see who came thru behind me… 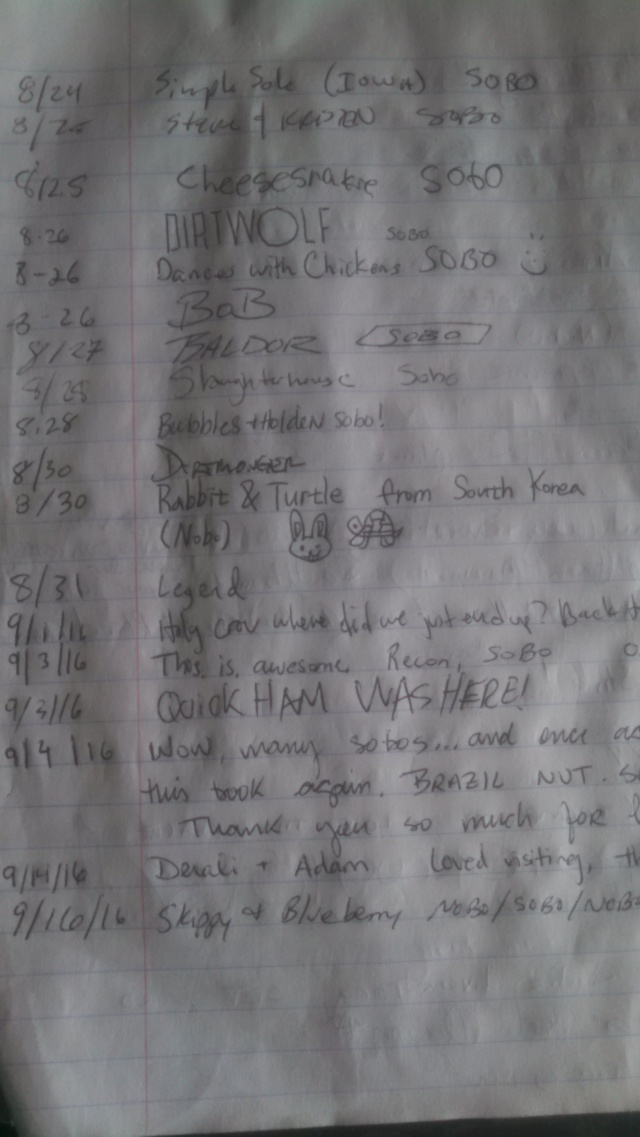 I grabbed an ice cream from the general store, and got back on the road. Soon enough, I’m crossing back into Utah. 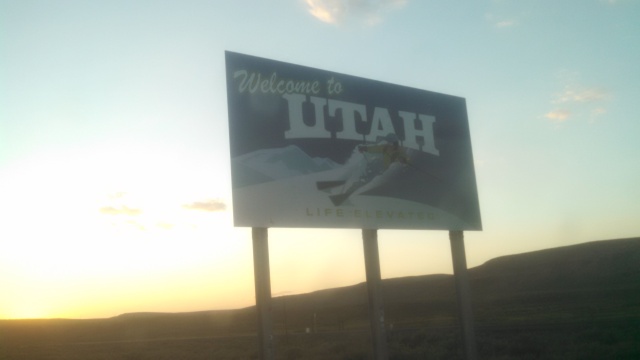 I arrived to the airport an hour early, and grabbed another burrito before I headed to the TSA security lines. I fell asleep on the plane before the wheels were off the ground, and woke up back in Boston.

As for my thoughts on the Wind River High Route, I found it to be every bit as challenging as promised. I definitely recommend it to anyone who has long-distance hiking experience, and I’ll outline my planning process here.

I followed Andrew Skurka’s version of the WRHR, as opposed to the original Dixon/Wilson route, which is shorter. The Dixon/Wilson route makes different route choices at the beginning and end, and I had already visited those spots, ie. Green River Lakes. The logistics for the Skurka route are potentially more complex, but we had two cars, so we just parked one at each trailhead. I thought the Skurka route followed a natural line through the mountains, it hit many of the area’s highlights (Wind River Peak, Cirque of the Towers, Europe Peak, Golden Lakes, Downs Mountain, Goat flats) without feeling contrived.

After Quickham and I had decided on a route, we purchased Skurka’s mapset and databook ($25, well worth it), and a pair of Earthwalk press plastic maps. I also purchased a set of sneaker-compatible (flexible) crampons. I chose the Kahtoola KTS crampons, as they had a full 1inch spike. They are a perfect compromise between a traditional crampon (too rigid), and microspikes (not enough traction). I didn’t have to make any other purchases, as the rest of my gear was re-used from my 2016 CDT thru-hike, and there aren’t any permits required for the Winds.

I flew to Salt Lake City, rented a car, and drove the 4.5 hours to Lander, WY. Some people choose to fly into Denver, but the drive is an hour longer. I met up with Quickham, who also had a car locally, so we simply had to shuttle cars to the trailheads. Hitchhiking would be a reliable, but slow, option; both trailheads had a couple dozen cars when we were there. The city of Lander allows free camping for up to three days in the city park, and there are flush toilets and drinking water. We camped there the night after our hike, it was an ideal spot to relax and unpack all of our gear.

We planned the WRHR as a 9-day trip, and neither of us wanted to carry 9 days worth of food. We hired a horse-packer to bring in food (and some extra gear) to Hay Pass, which we crossed on day 5…this was expensive. In hindsight, I would’ve detoured to Big Sandy Lodge on day 3, leaving us only 6 days of food to carry out from the Lodge. Alternatively, faster hikers would be able to complete the route in less than 9 days, or be willing to carry heavy food loads. We saw very few other hikers along the route, so the JMT strategy of yogi-ing food likely wouldn’t work.

We covered an average of 12 miles per day. When hiking on a trail, our pace was similar to the CDT, about 2.5 miles per hour. The off-trail travel was generally much slower, and traversing a pass usually required stopping to add/remove crampons several times. We hiked in late July in a high snow year; hiking in August or in a lower snow year would likely be faster.

The Winds are home to glaciers, grizzly bears, rushing streams, and almost-daily afternoon thunderstorms. We traveled away from glacial crevasses, properly stored our food from bears, and planned to cross larger streams in the morning. Quickham carried an InReach device, which was handy for weather/communicating text messages, and would’ve been essential if we experienced a non-ambulatory injury. There was no phone signal (verizon), and we saw other people less than daily.

After hiking several established National Scenic Trails, the WRHR seemed like my logical next step. The route is very remote, and requires high self-sufficiency, wilderness judgement, and complex route planning and logistics. There are no white blazes, phone apps, trail angels, or cell service. And it was perfect! Aside from a scary sliding fall and some fractured ribs, I had a great time!

See you on a trail