I left the hostel at 7:30am, and took a taxi to the small airport in Cambridge 20 minutes away. The airport has the usual General Aviation companies and flight schools, and Par Avion, who provide transport to the start of the South Coast Track. 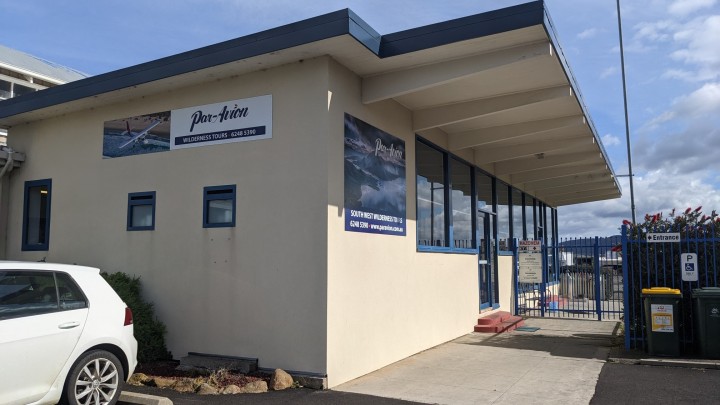 I talked to the woman at the front desk, and she said they had a spot available today, or Friday. I chose today, as the good weather window is Wednesday thru Saturday. She seemed surprised that I could be ready so quickly, as most people book these plans months in advance. After promising I would definitely be ready by 1:30pm, I walked down the road to the grocery store to get some final supplies. This is the plane I’ll be riding in, it fits 6 people total.

I bought some food at Woolworths, a map at a camping store, and had lunch at KFC. I was back at Par Avion at noon, and sat in their waiting room for 2 hours, talking with the other passengers as they slowly arrived. After some safety briefings and backpack weighing (mine’s 12kg), we boarded the plane at 2:30pm. 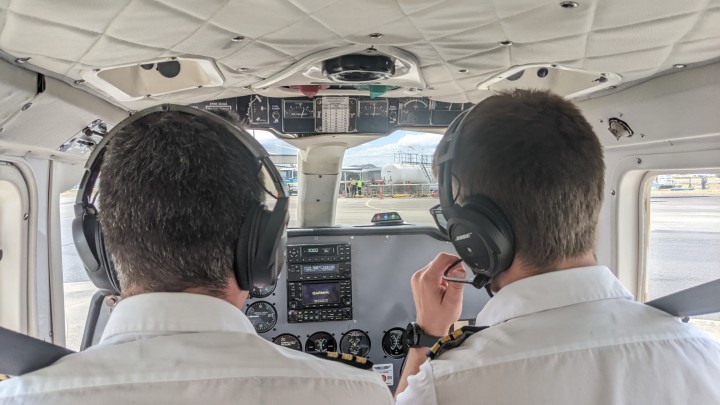 It was a cozy ride, with 6 of us and huge backpacks. 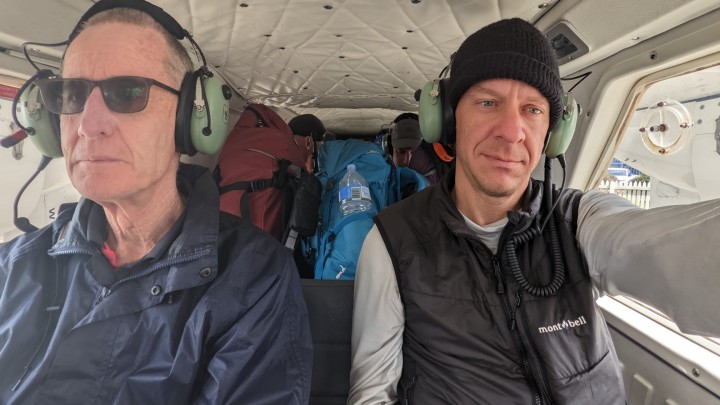 It was a 45 minute ride to Melaleuca, a small airstrip on the south coast. It was fun to see Hobart as we flew over. 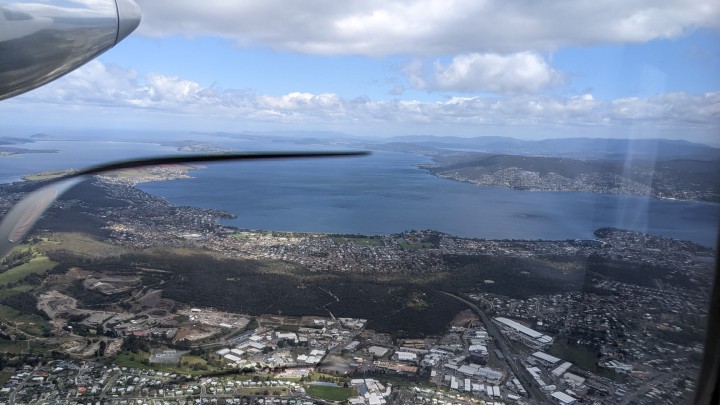 The plane stayed low in elevation, to remain under the cloud ceiling. I think they did this to follow VFR rules. Further along, we flew over some mountains and it was like looking at a live map.

We landed at 3:30pm, and I got to check out the controls as I was leaving the plane.

Everyone removed their backpacks, the pilots gave us fuel from the local storage cabinet (it’s not allowed to fly), and off I went! 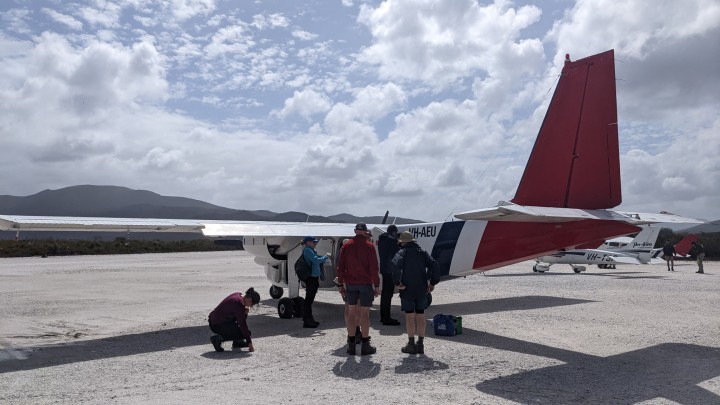 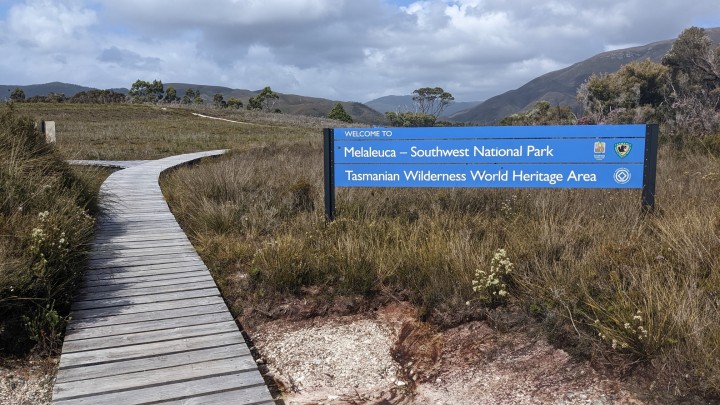 The first task was to sign the trail register and fill water bottles, which took a few minutes with the queue of people.

Another group and I exchanged photography services at the starting sign. Time to hike!

The trail immediately crossed the runway, a short strip of gravel. In the distance is our plane departing.

Within 5 minutes, it was time for the waterproof socks. It’s wet here.

After a kilometer, I came to an old shed. An old miner named Deny King used to mine tin here, and he built an engine shed to service his equipment. He also built the airstrip we just landed on, making this hike possible.

I walked thru coastal plains for about 2 hours, mostly on boardwalks. It was enjoyable and went by quickly. 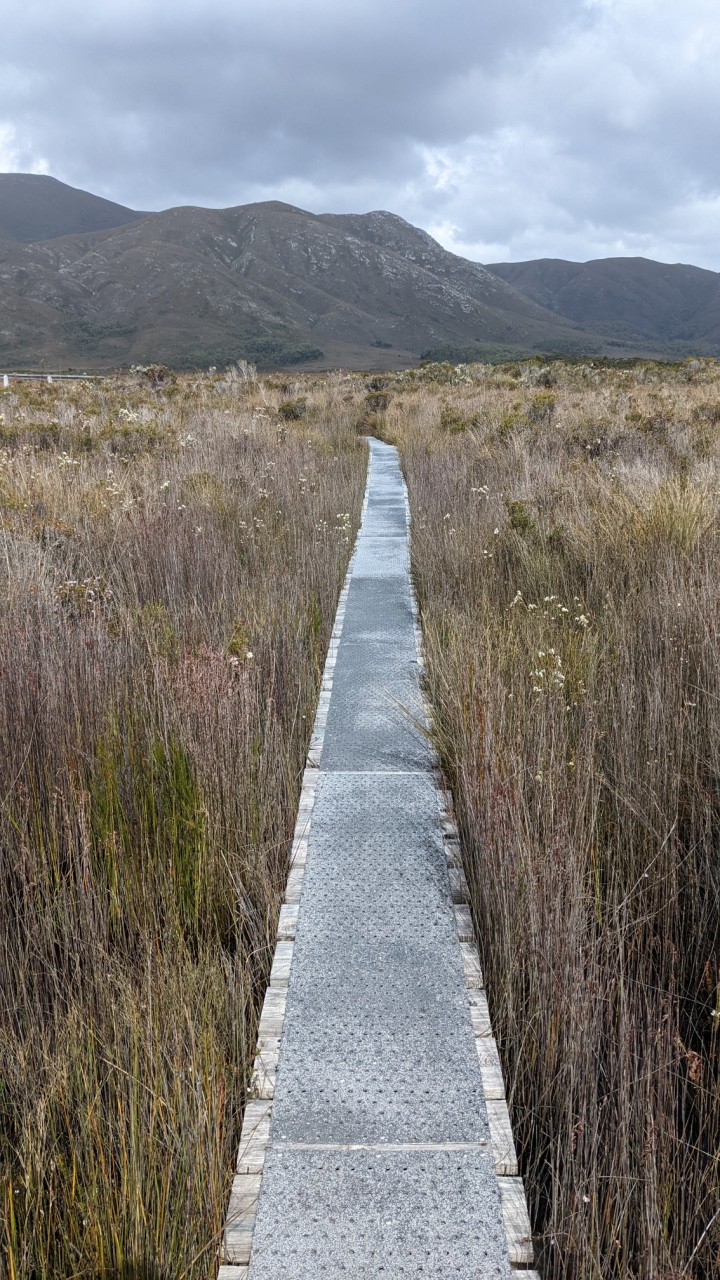 The scattered clouds were making some interesting dark/light patterns on the surrounding mountains. 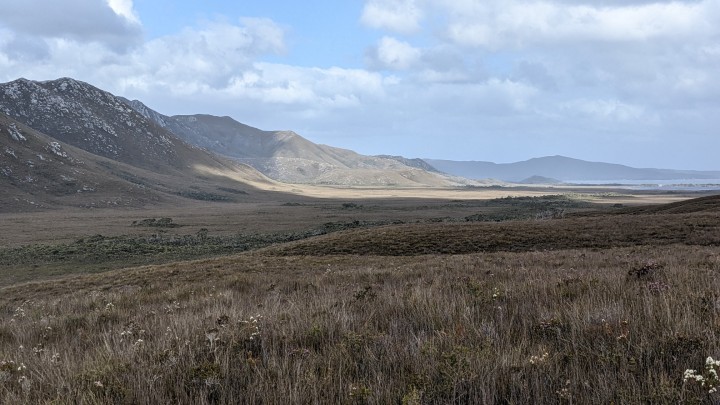 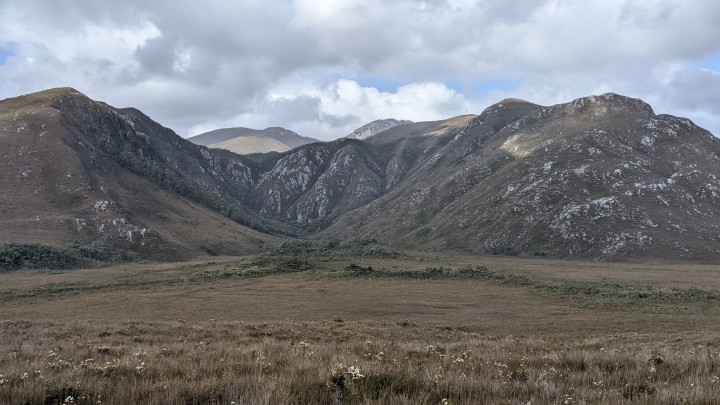 As the trail wrapped around a mountain, I could see the ocean coming into view. Freney Lagoon is on the left. 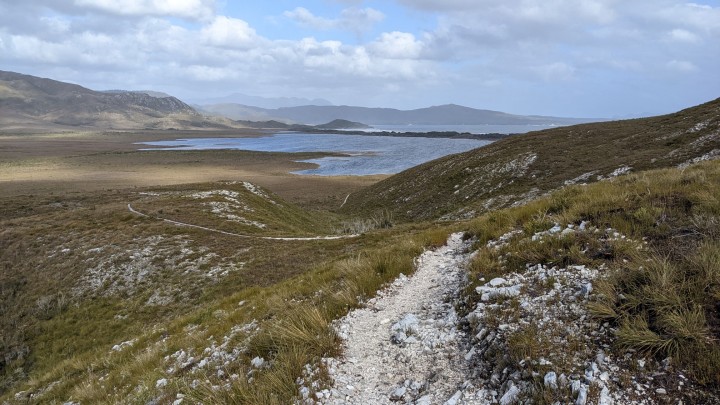 The walk along the ocean was nice, and it was low tide.

I had plenty of flat, wide beach to walk on. 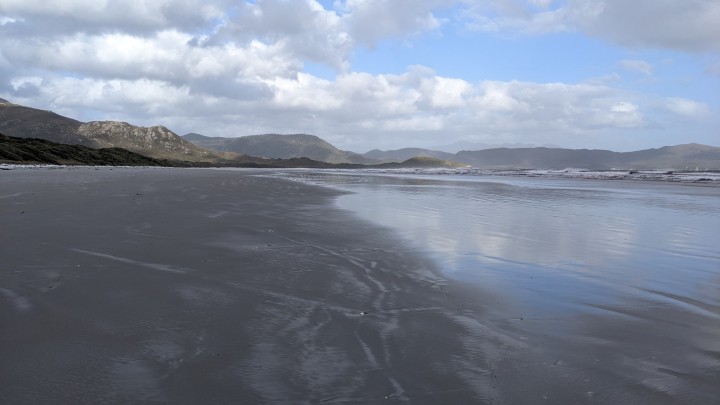 After a kilometer on the beach, I had to cross a stream, where the lagoon emptied into the ocean.

It was just over ankle depth.

It was 6:30pm, so I decided to setup camp at one of the many little spots tucked into the trees off the beach. 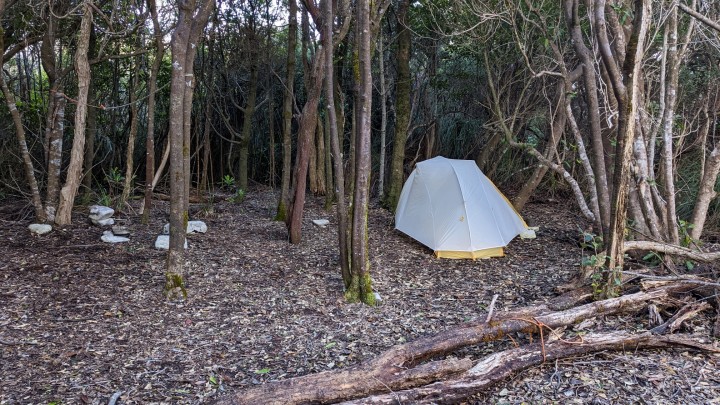 There was even a little stone bench seat to watch the ocean. 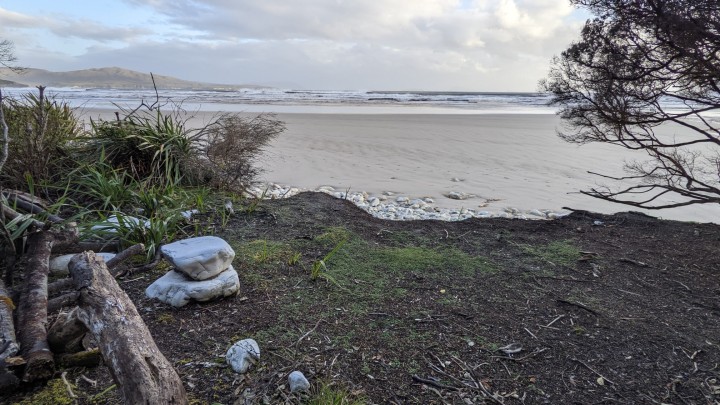 As I was making dinner, a group of women walked by, aiming to camp a little further on.

They seemed surprised that there were more campsites than their map showed, haha. I had an easy hiking day, but I’ve heard the next 3 days will be harder, with more mud and a big 900m climb. It’s hard to believe I was in Hobart this morning without definite plans, and now I’m on the South Coast Track!