The early morning trail was a little chilly, as it followed the Kern River downstream. 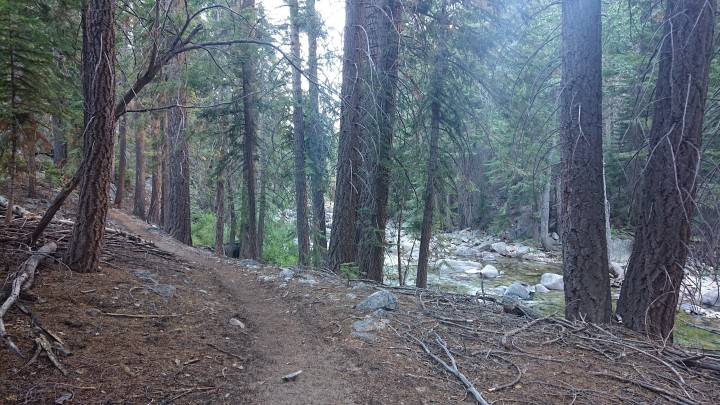 Even a couple hours later, the sun still had not reached the canyon bottom. 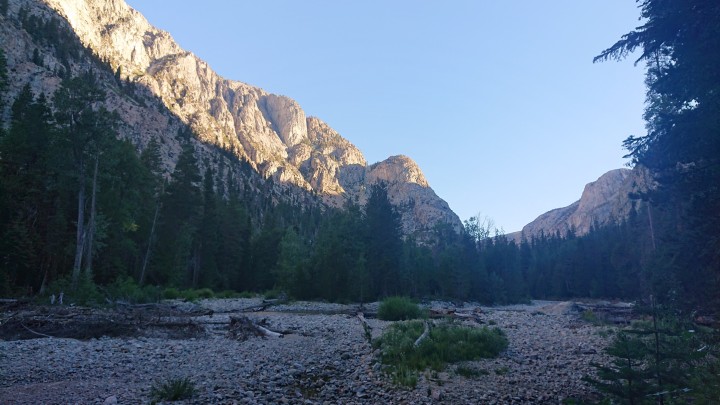 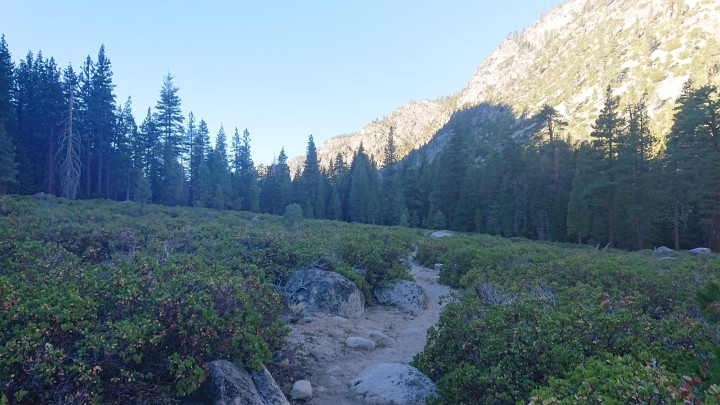 I came to the Kern hot springs, and I was surprised to see it was quite developed. 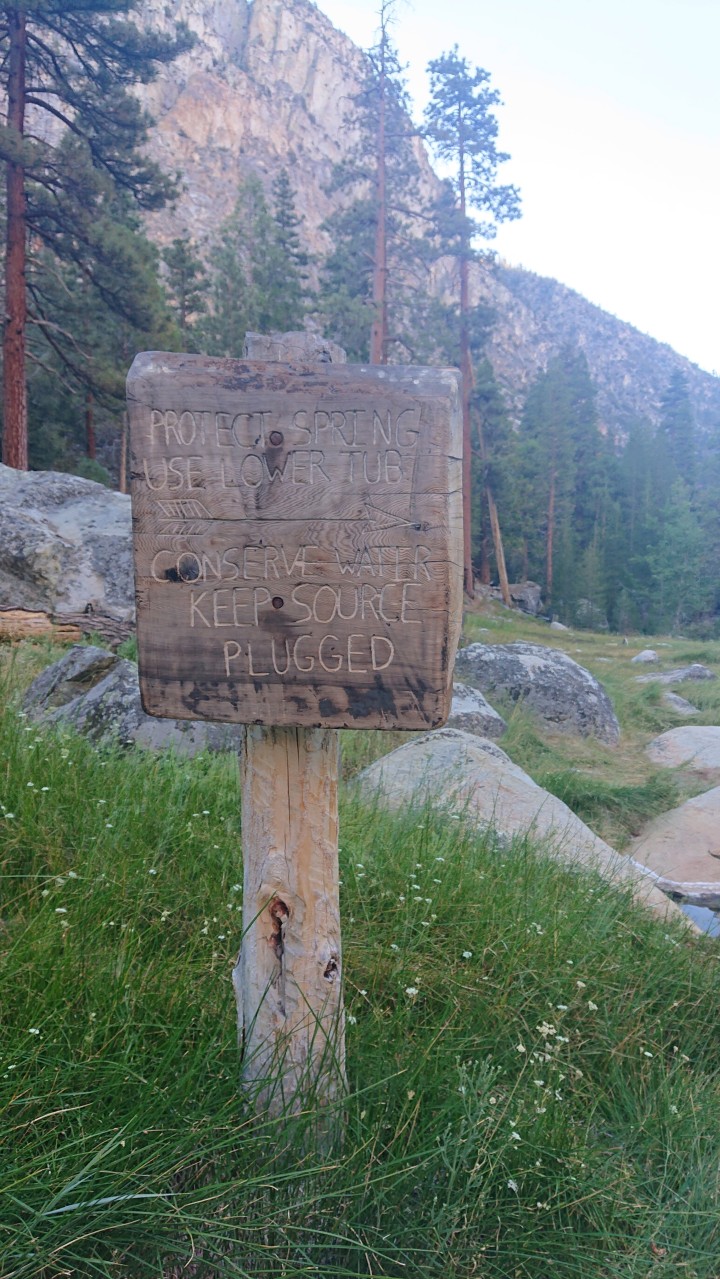 There was even a little concrete bathtub to soak in, and a fence around it. 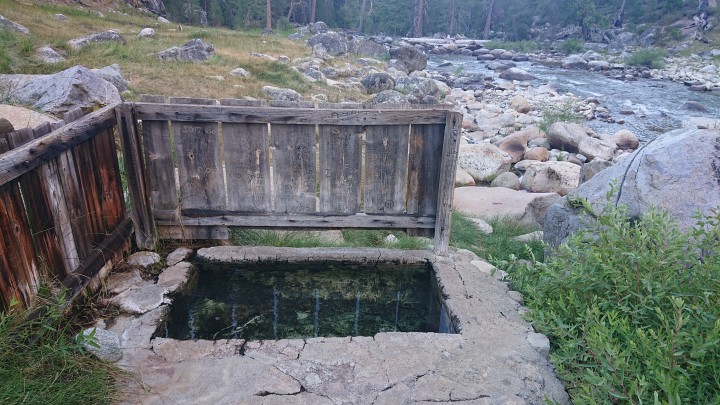 The source was a steaming little flow between some rocks. The dried minerals in the rocks were everywhere. 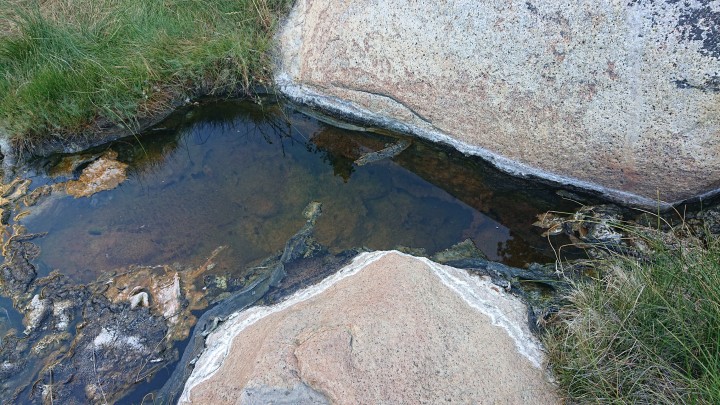 I soaked my legs, and when I got cold I started hiking again. The trail crossed the Kern River on a huge bridge, almost big enough to drive over. 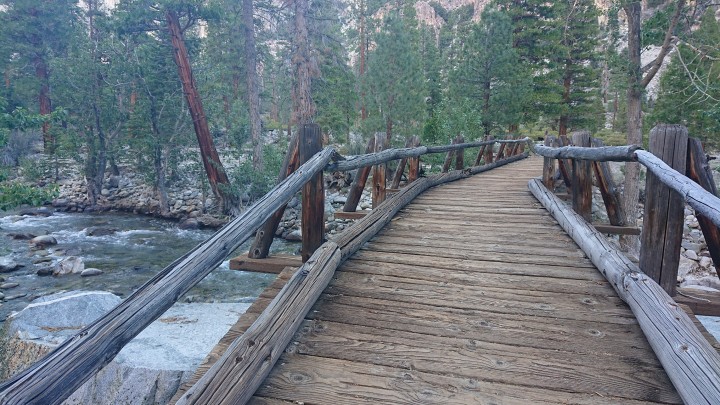 Chagoopa falls came crashing down into the canyon from 1500ft above. 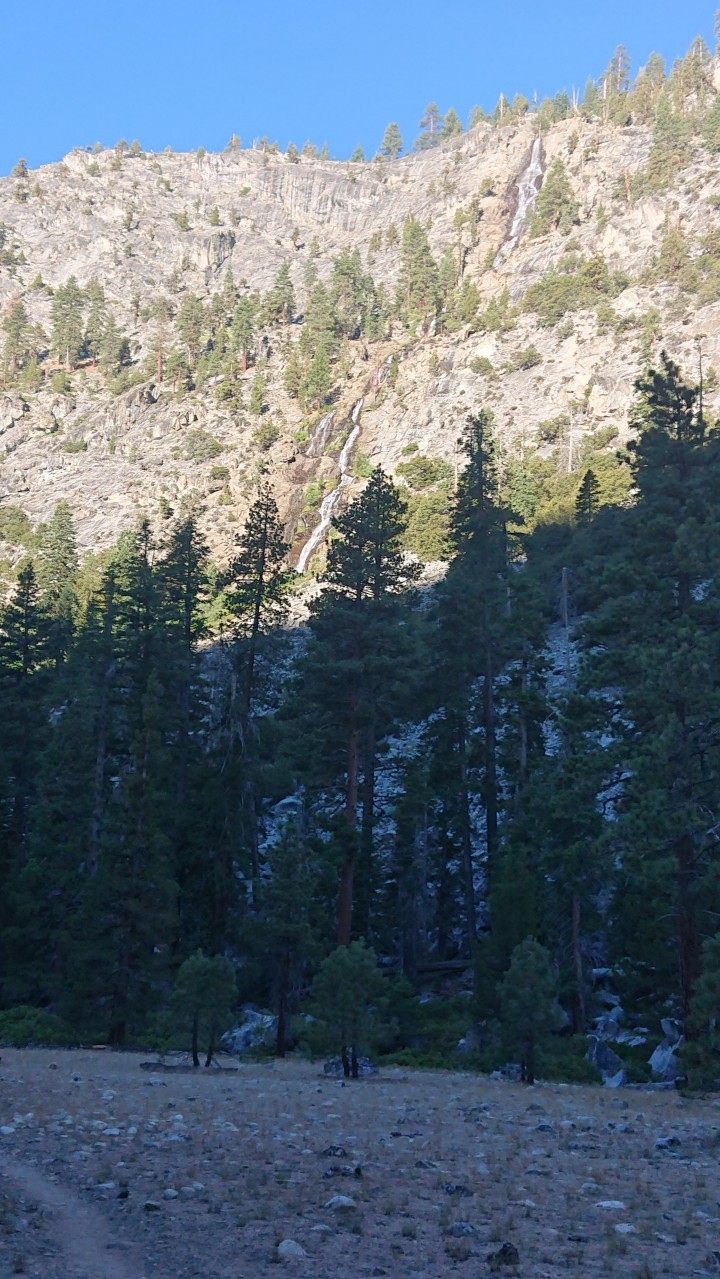 And then, the climb started. Up to Kaweah Gap, 3900ft uphill. 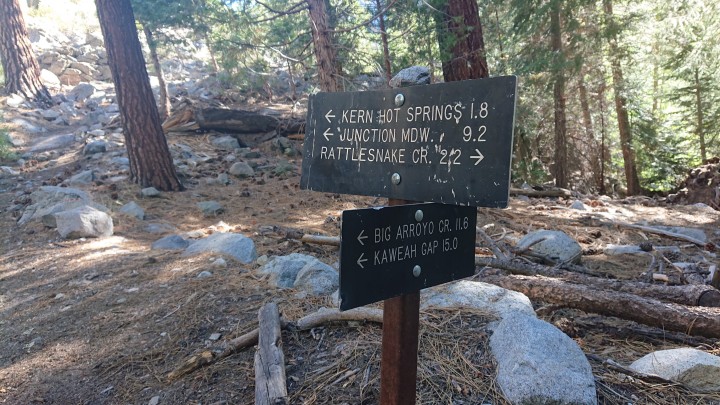 After about 1000ft of climbing up switchbacks, I turned around to see a neat perspective down the Kern River Canyon. 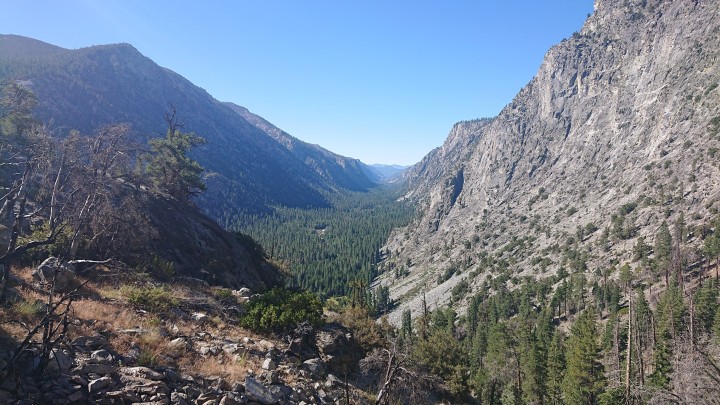 As soon as I climbed high enough to leave the shade of the canyon, I saw these little lizards everywhere in the sunshine. 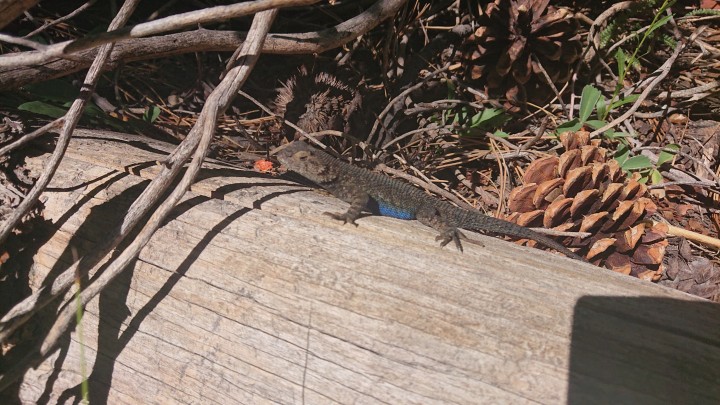 As I climbed higher, the alpine meadows returned. 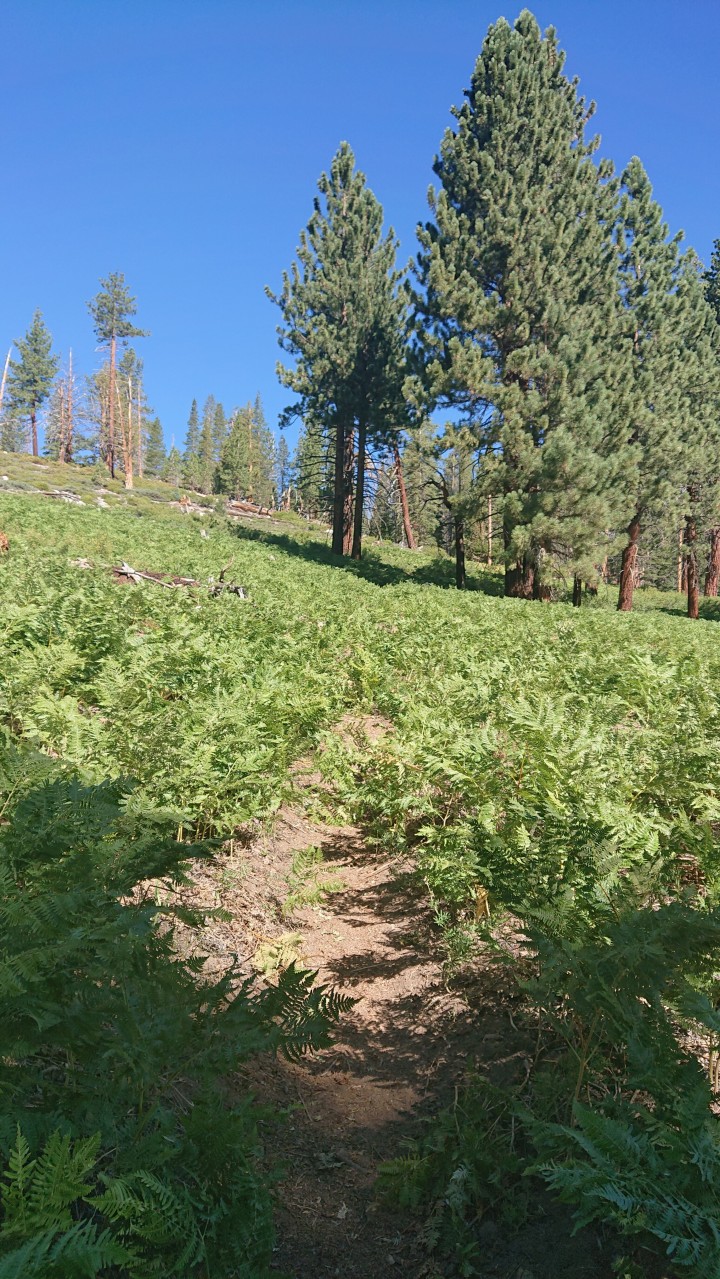 I stopped for a swim at Moraine Lake, which was quite pleasant, and even had a sandy bottom. 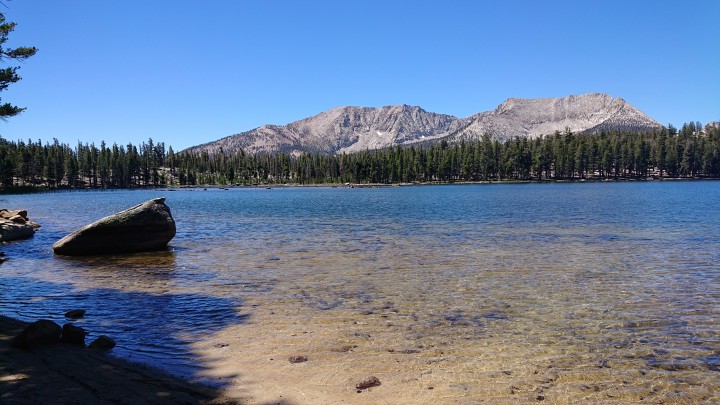 I hiked on uphill another 1000ft and had lunch, at a precipice overlooking the Big Arroyo Creek Valley.

The trail continued to follow along the edge for a few miles, and the views were wonderful distractions from the heat. 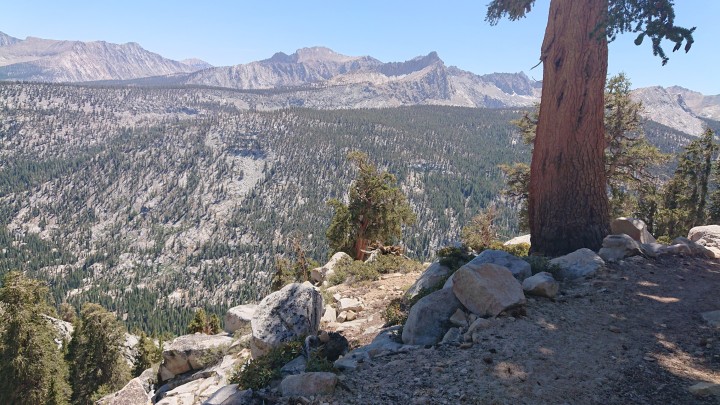 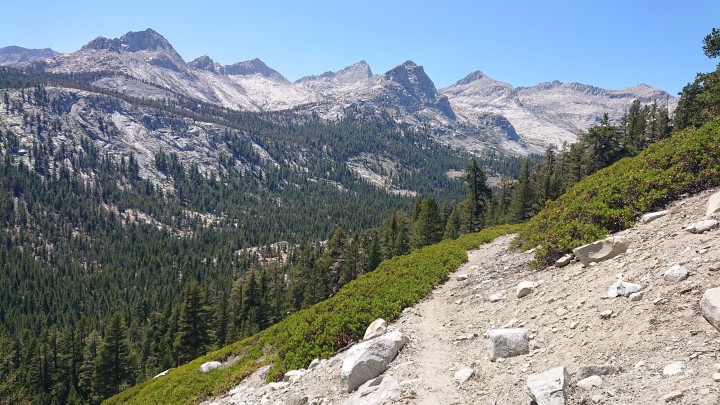 Since I was following the Big Arroyo Creek upstream, eventually the valley bottom came up to meet the trail. I hiked in the valley along the creek for a couple of gradual uphill miles. 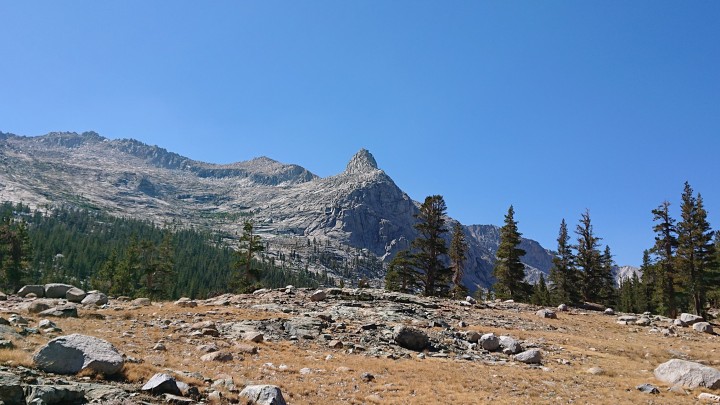 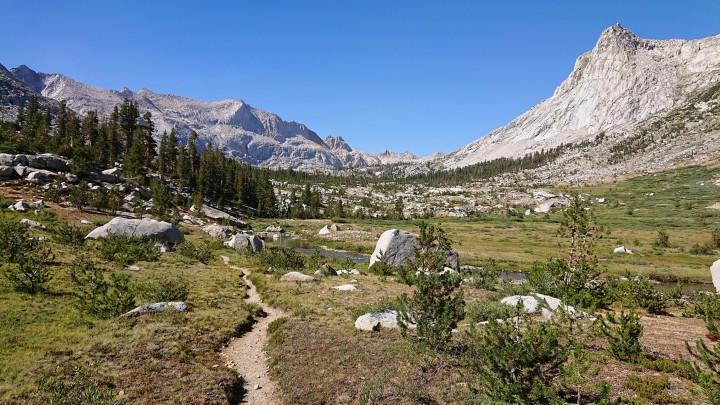 Finally at almost 5pm, Kaweah Gap was in view. 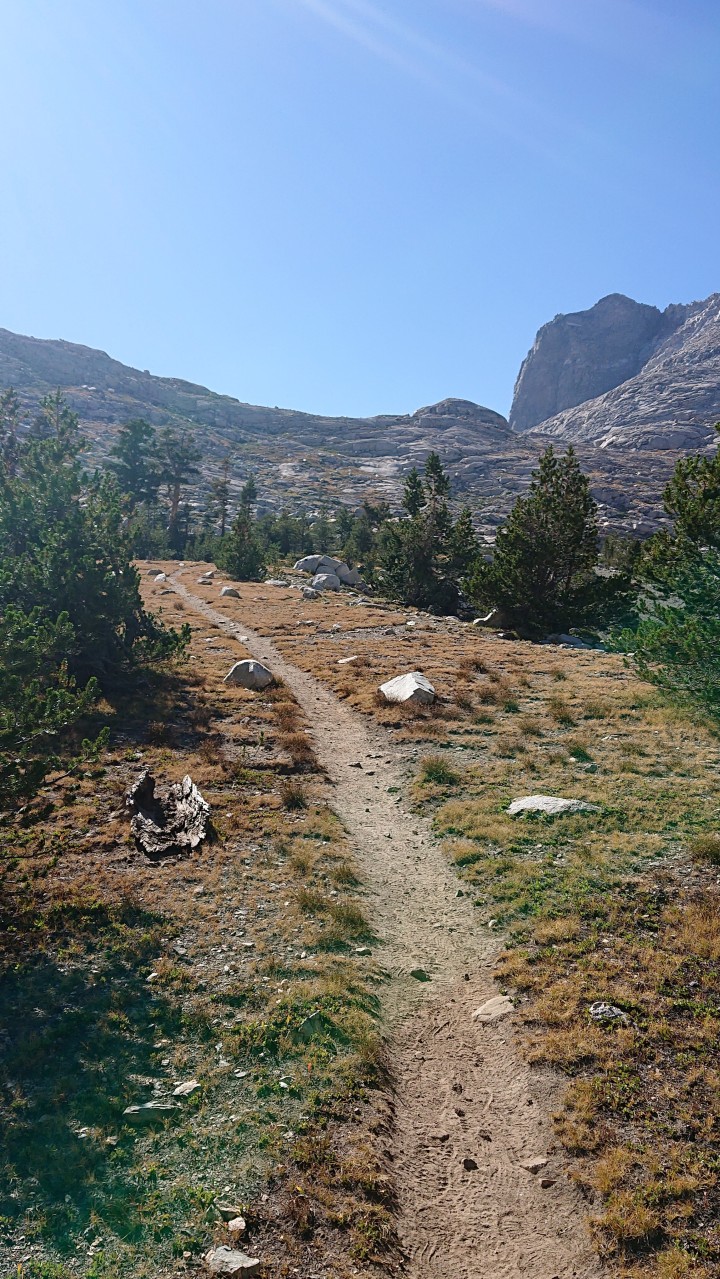 I reached to the top of the 10,700ft Kaweah Gap at 5pm, and it was super windy. I read the commemorative plaque of the park’s founder, and moved on. 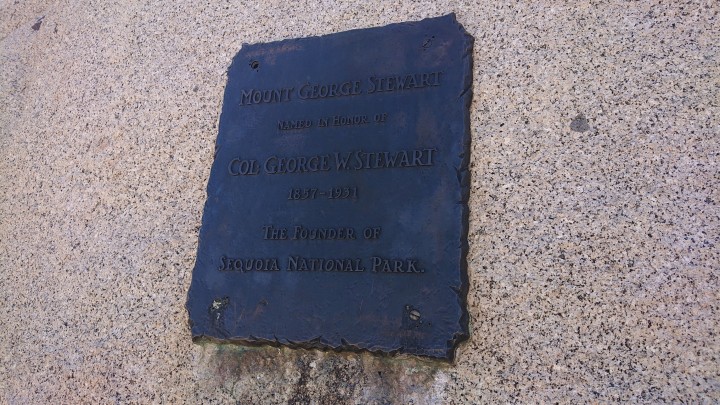 And I had an all-new view down into the next valley! 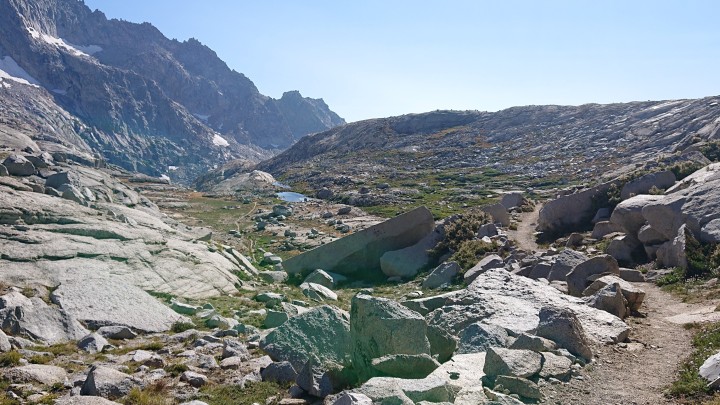 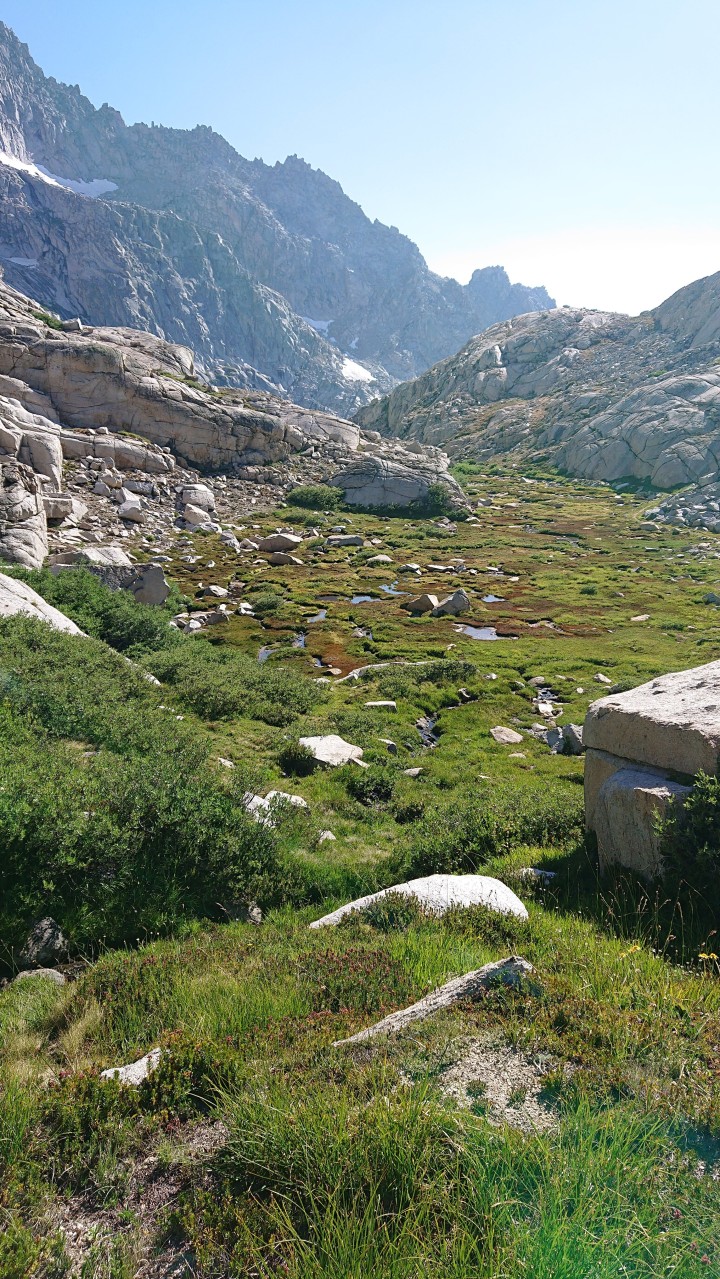 I turned a corner and… Precipice Lake! It looked so deep and cold. 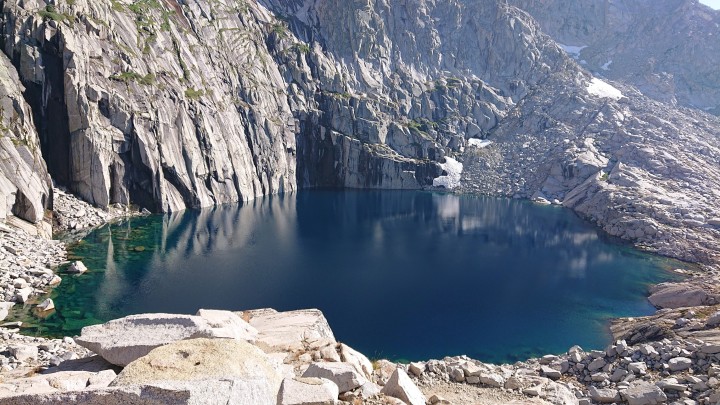 There weren’t any good camping spots, so I moved on to Lower Precipice Lake. I ended up camping on the ridge at the far end of the lake in the photo. 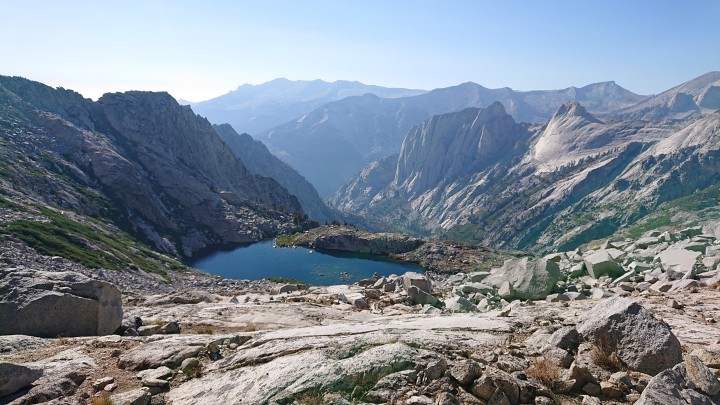 I had a nice view overlooking the valley thousands of feet below. 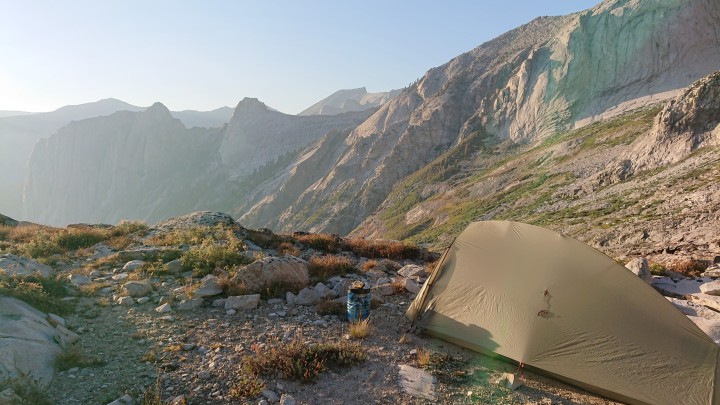 The sunset was pretty spectacular, with the peaks turning orange and red. 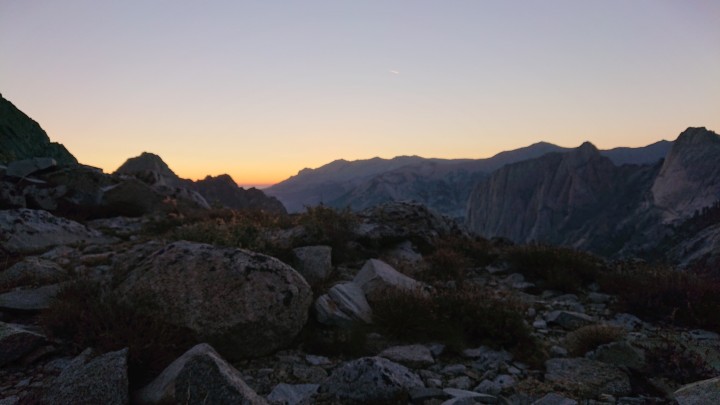 It should be a good night’s sleep after 5400ft of elevation gain today!