It was a cool morning at 11,000 feet, even with the sun coming over the mountains.

By the time I dropped down to Rock Creek at 8:30, it was warm in the green valley.

I climbed back up out of the valley, and the forest returned to its usual sparse trees.

As I descended to Whitney Creek valley, I could look up past Crabtree Meadows to the backside (west side) of Mt Whitney. Cool!

Just before Crabtree Meadows, I went by a huge group of 11 hikers. They appeared to be guided, I didn’t think that size was even allowed.

Crabtree Meadows looked the same as ever. I was here a few times in 2015, briefly on my way to Mt Whitney. 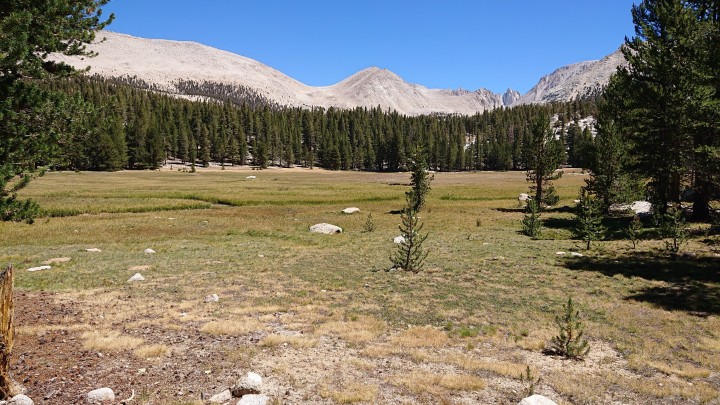 Whitney Creek still had a ton of water, it was a challenge to keep dry feet, even using the crossing stones. 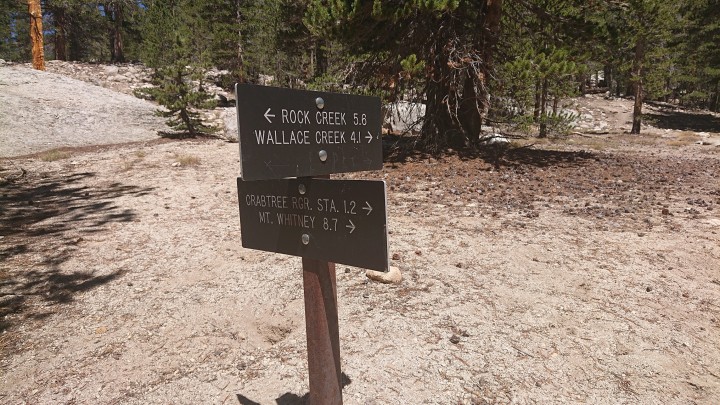 Looking west, across Kern Canyon. I will be way down in the canyon soon.

Looking north, I think one of those passes is Forester Pass, the highest point on the PCT.

Down to Junction Meadows, and (tomorrow) Kern Hot Springs! 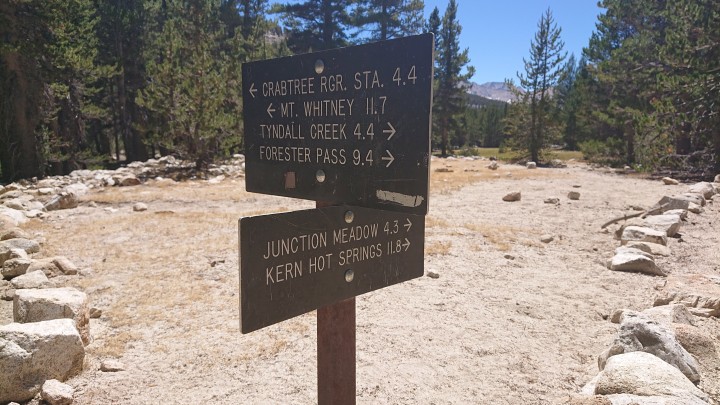 I followed the Wallace Creek trail, it stayed near the water for most of the descent. 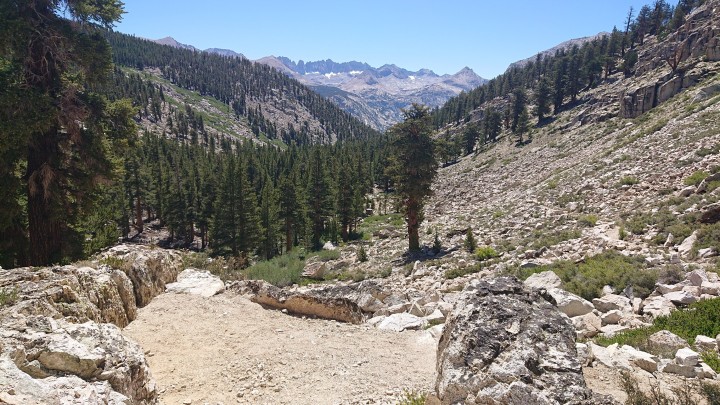 It kept going down, down, down. 2200 feet down to the bottom of Kern Canyon.

I had descended low enough that the vegetation had changed, and the views were much more open. 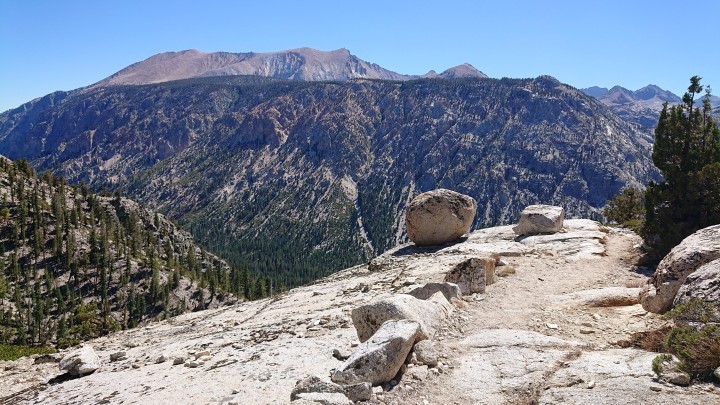 Junction Meadow was a nice surprise, since it was more of a mature conifer forest. Very nice and shaded, it was so hot today.

Whitney Creek, which I had crossed this morning (and 2500ft upstream) on stones, I now had to cross on a suspiciously thin log.

I followed the Kern River downstream for over an hour, and it was neat looking up at the canyon walls.

I ended up hiking 1.5 miles more than I planned, since there wasn’t a good place to camp until then. It was easy hiking on a good trail, and I was still in camp before 6pm. It’s warm down here in Kern Canyon at 7400 feet, tomorrow I hike out of the canyon and back up to alpine!