I’ve been going to sleep earlier, and so also waking up earlier. So since I was awake at 6:15am, I was hiking by 7am. Going up the valley I had great views of the surrounding glaciated mountains. 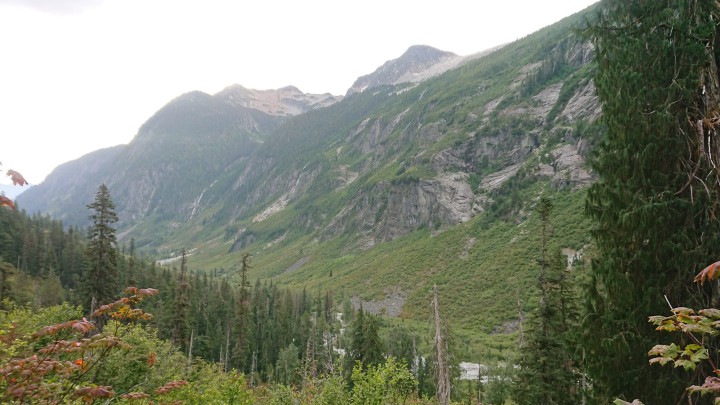 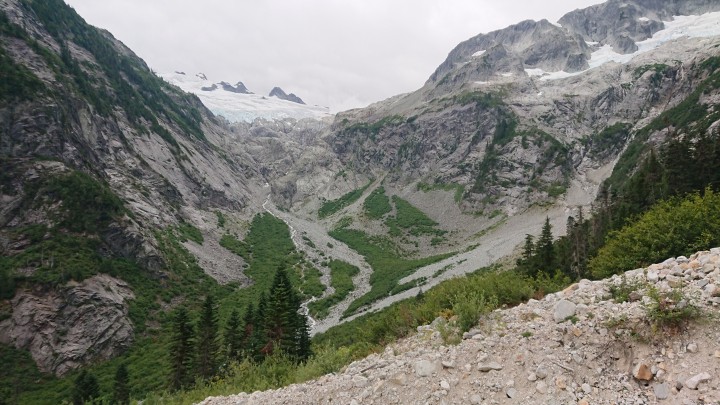 A couple of hours later, the clouds started to move in. 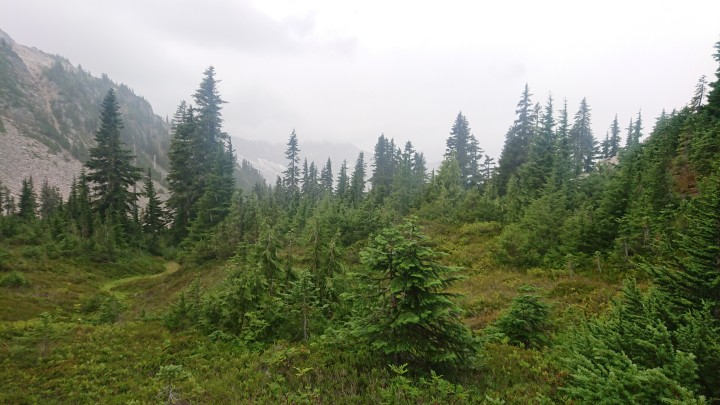 And they moved in fast.

And for the next three hours, I took no pictures because it was raining. Which normally is fine, but this section of trail was somewhat unmaintained, creating a car wash of wet plants. I hiked up and over the steep Whatcom Pass. Later, I was relieved to see some tarps a trail crew had left behind, and I sat under one for a dry lunch.

After lunch, there is a crossing of the Chilliwack River, and instead of a bridge there is a cable car! I was really excited to learn what this meant, but sadly it was out of service for maintenance. 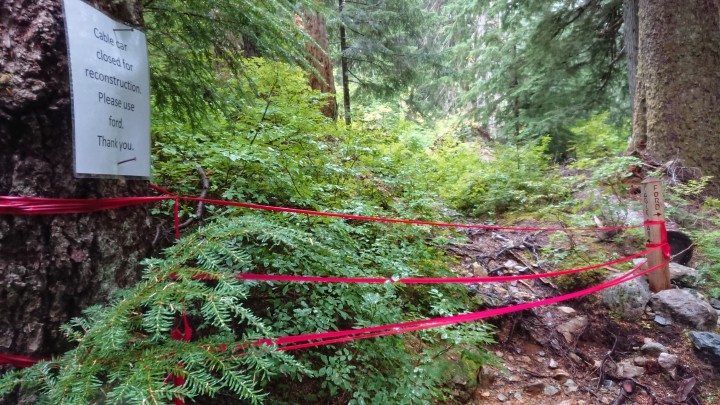 At least the trail was nice again, for a mile or so. 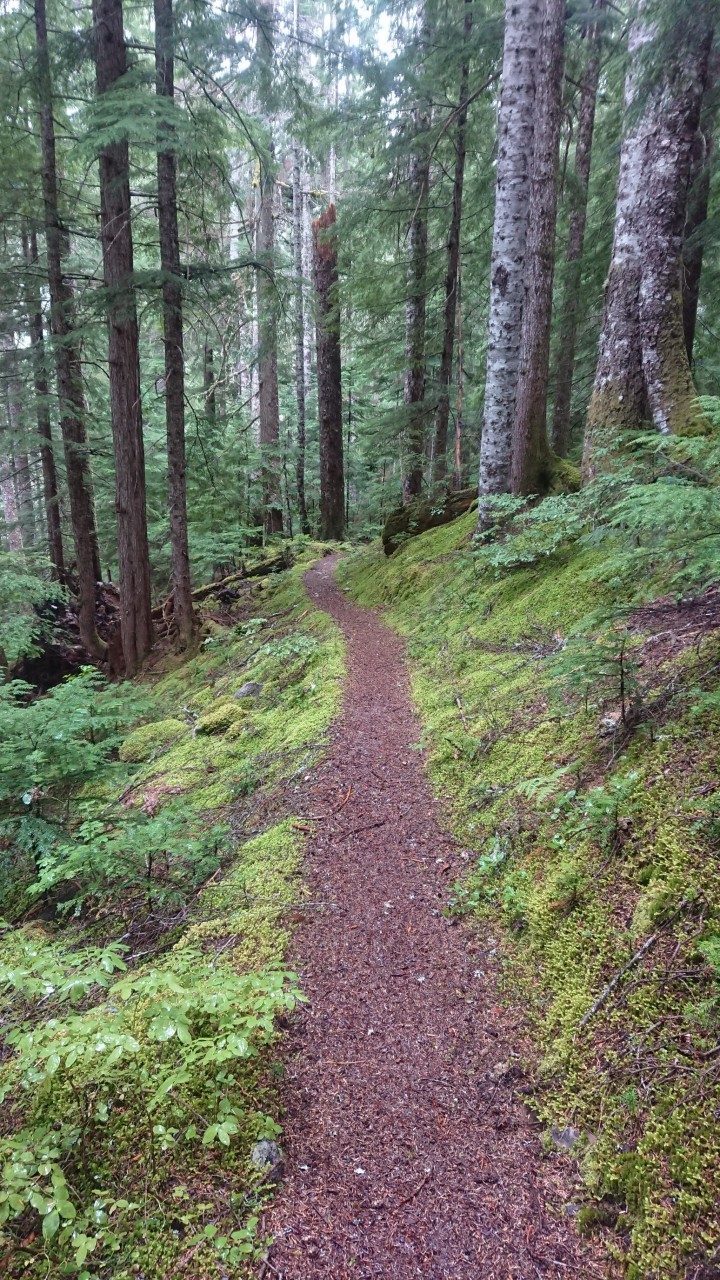 It had stopped raining for a little while, and I saw a happy face. Ha!

Going up over Hannegan Pass, the views were very obscured by clouds.

And then around the corner, two very friendly little marmots! 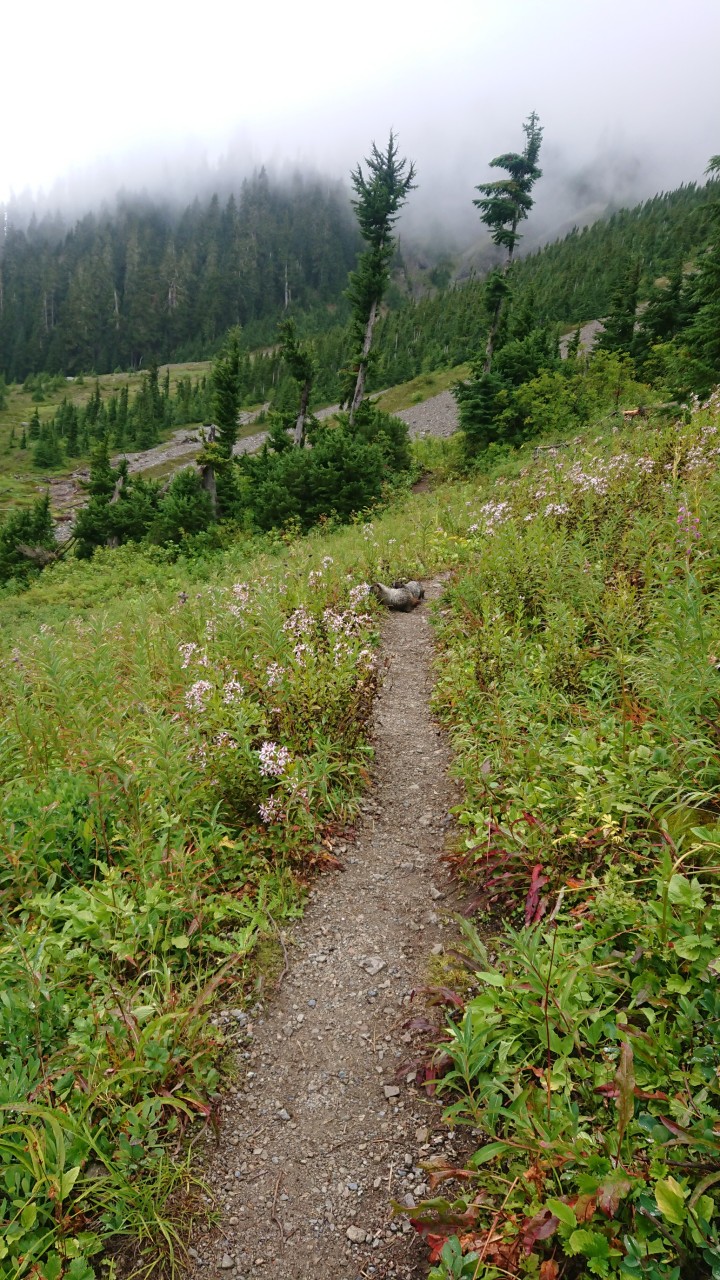 One of them was too busy stuffing its face with food, to even notice I was there. 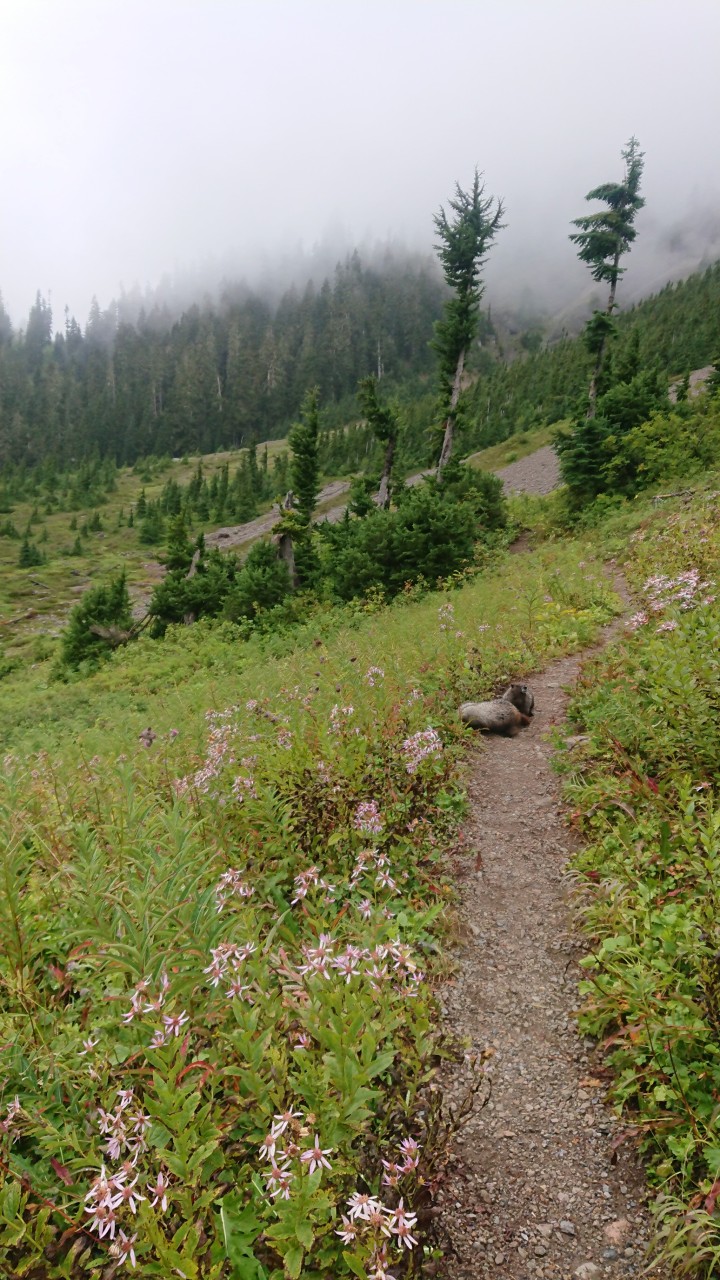 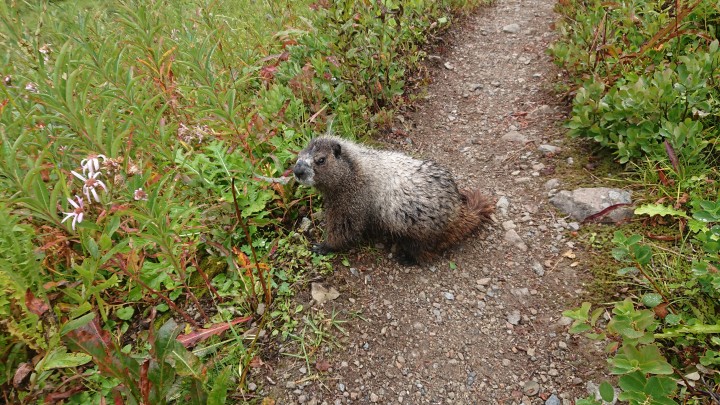 That made being wet almost all day worth it. Then, down the pass, to the trailhead camping area!

I arrived at 5pm, cooked my dinner in the picnic shelter, and it started raining again. I considered sleeping on one of the picnic tables, since it was so nice and dry under that pavilion. But, at a lull in the rain, I quickly setup my tent and ran inside. Safe and dry!