I packed up a very wet tent, I think it finally stopped raining at 3am. The mountains had those cool clouds again, the ones that cling to their summits. 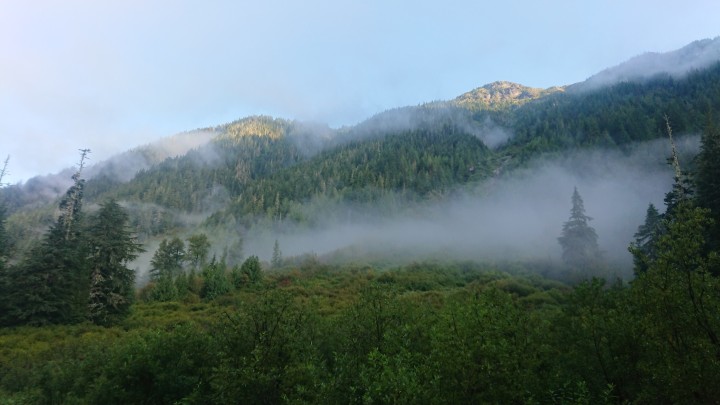 The whole valley felt very damp and moist. And judging by the plants and creatures, it’s always this way. 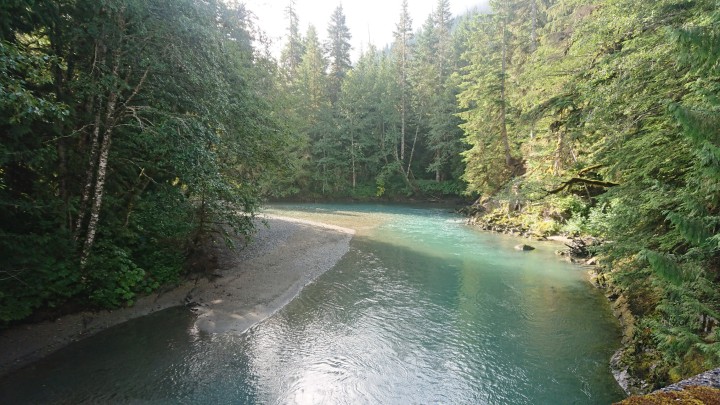 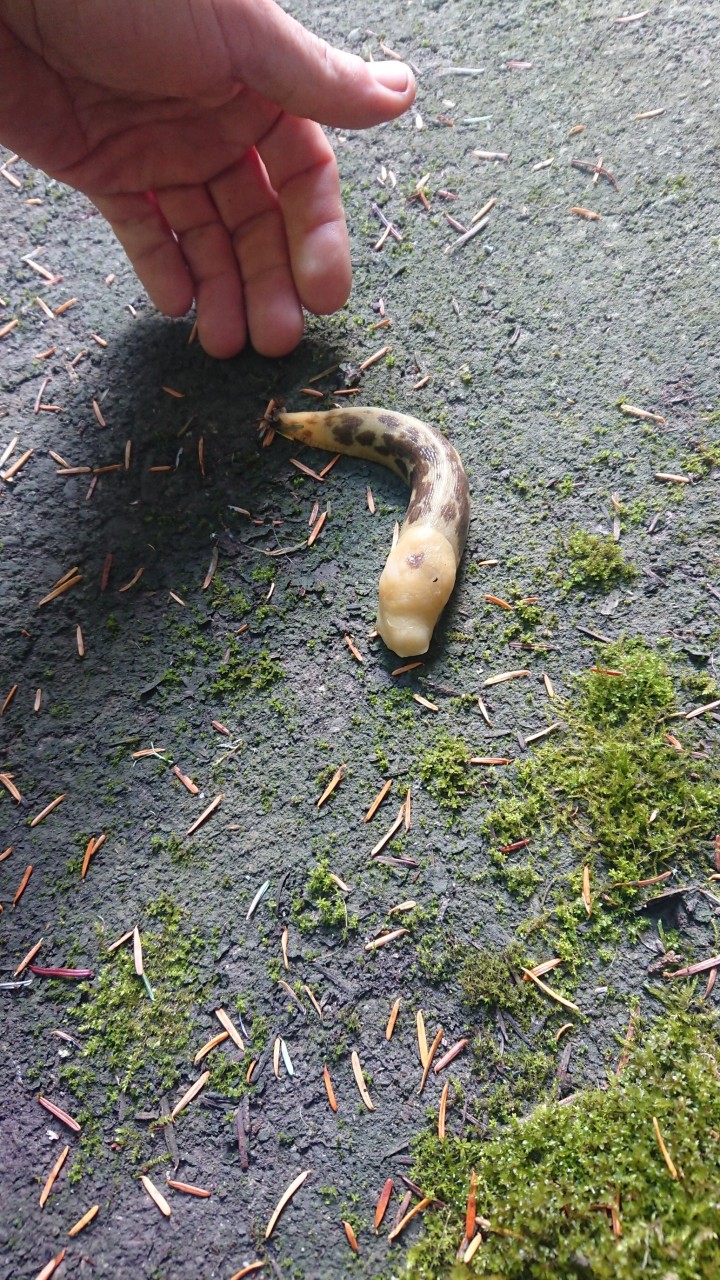 Most of the morning was a roadwalk up the Mt Baker Highway. It was easy and I had it mostly to myself. 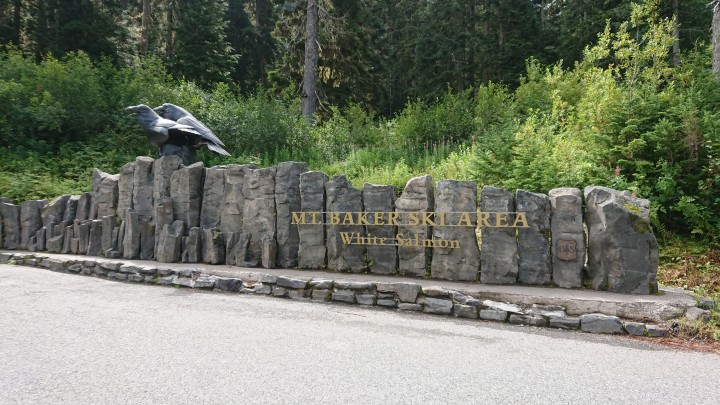 There was some construction near the top, and the road went down to one lane. Some wreckless driver passed me on the right, driving in the weeds and over a cone! The most dangerous parts of these trails is never the wildlife…. 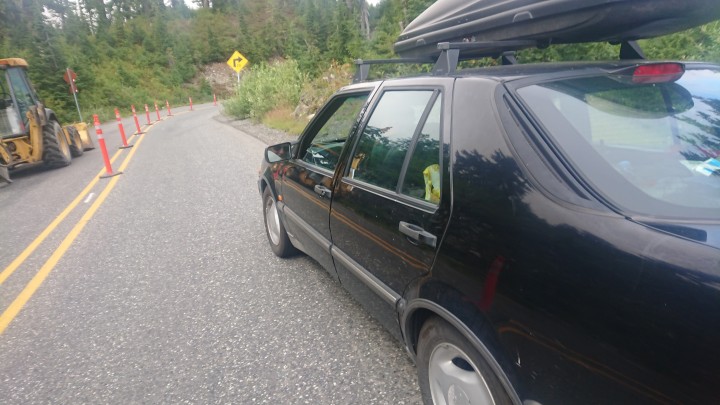 At the top were some reflective lakes, and a tourist area with nature trails and picnic areas. 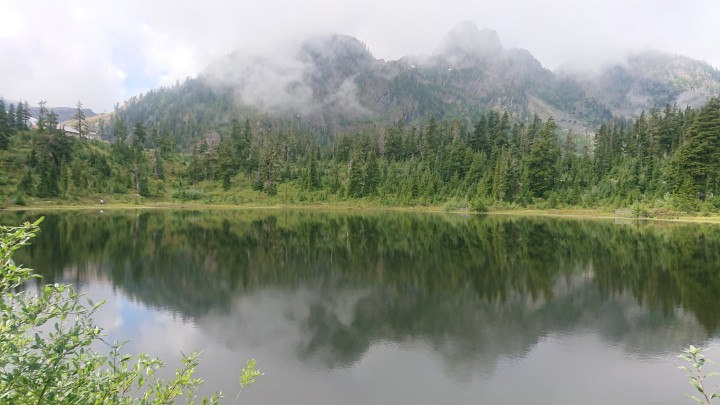 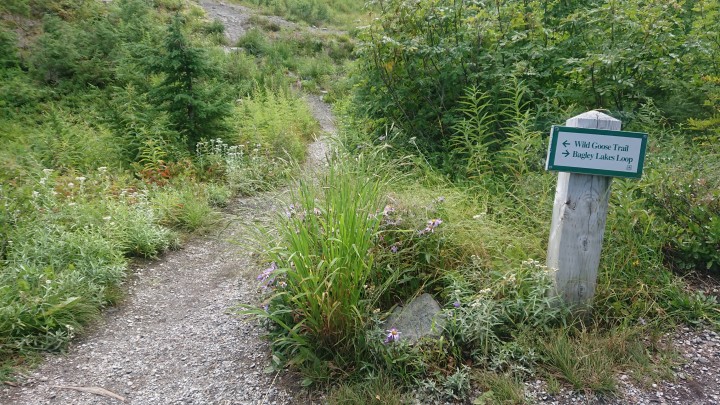 I stopped for lunch, and some wonderful people brought me a tasty treat! The guy said it’s called Korean Noodle Soup, his family’s version of it. Yum! 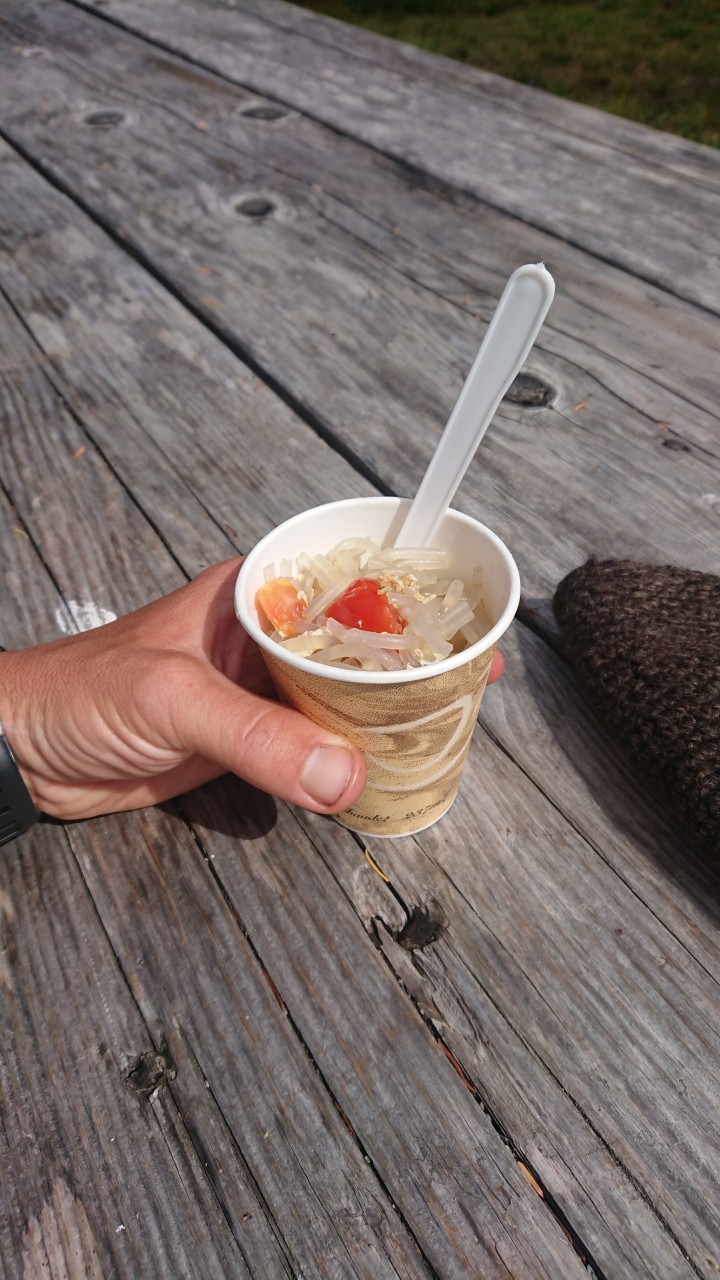 The interpretive trails at the top were neat, and there were dozens of people. 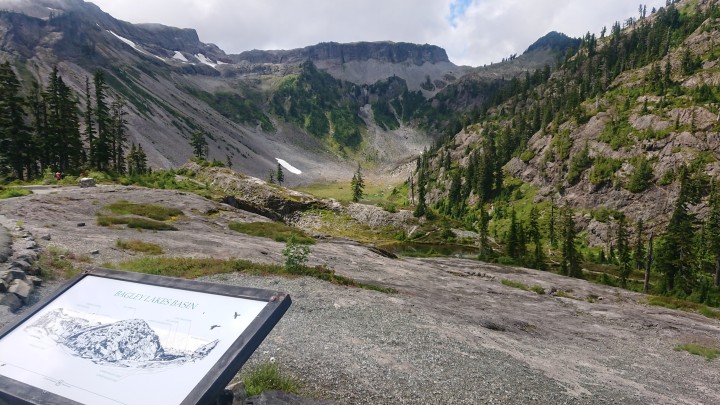 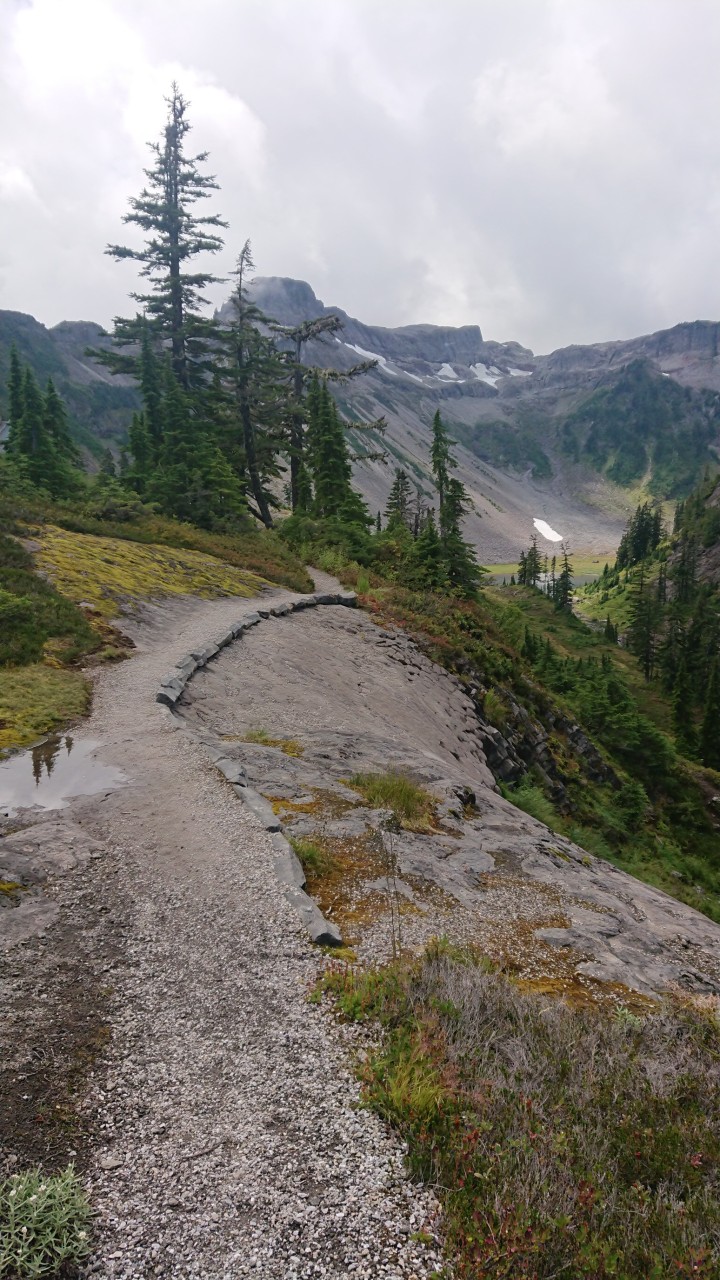 I left the road, and started back into the forest on the Lake Ann trail. This was a familiar stretch of trail, as I had been here last year with a couple of friends to climb Mt Shuksan, via the Fischer Chimneys route. Good times. 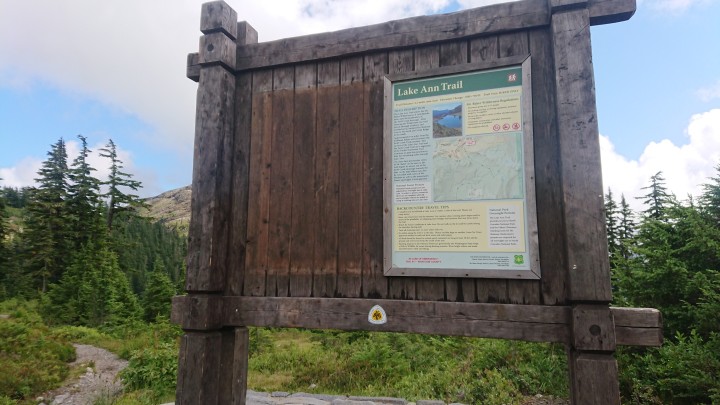 The trail was significantly drier this year. 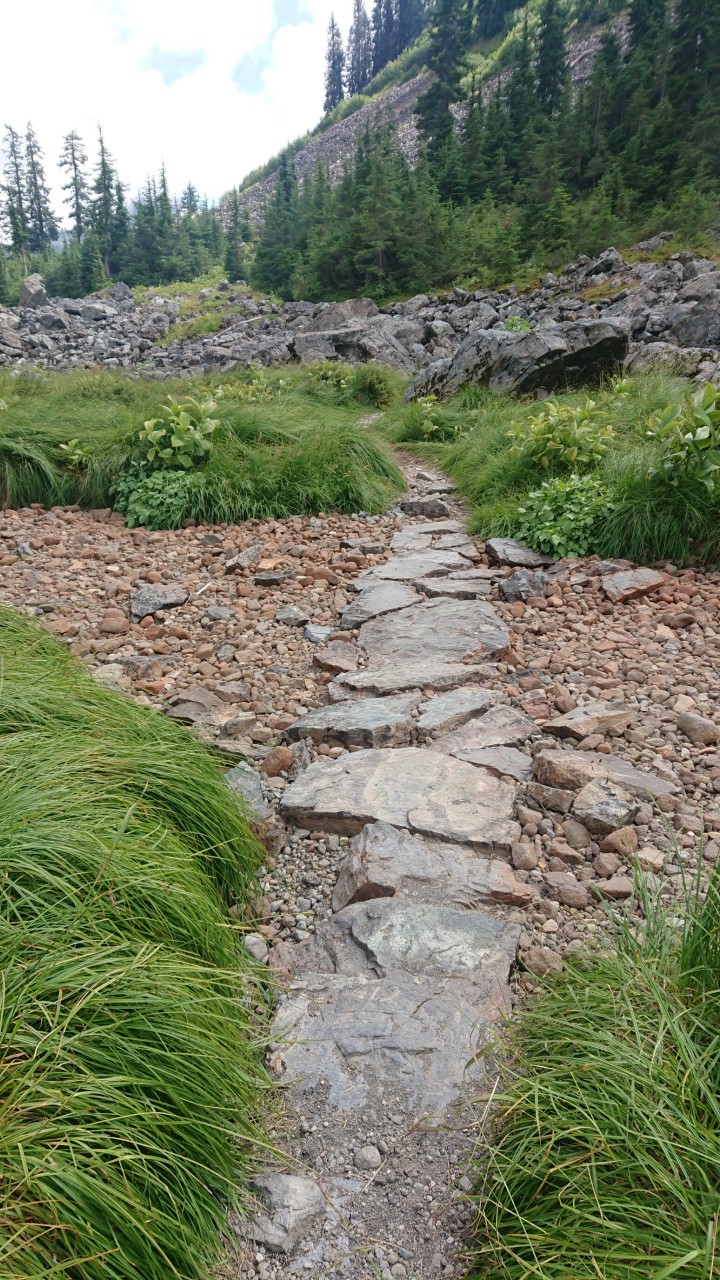 I even saw a PNT marker! I took the Swift River trail, a river which the trail crossed at a ford later. 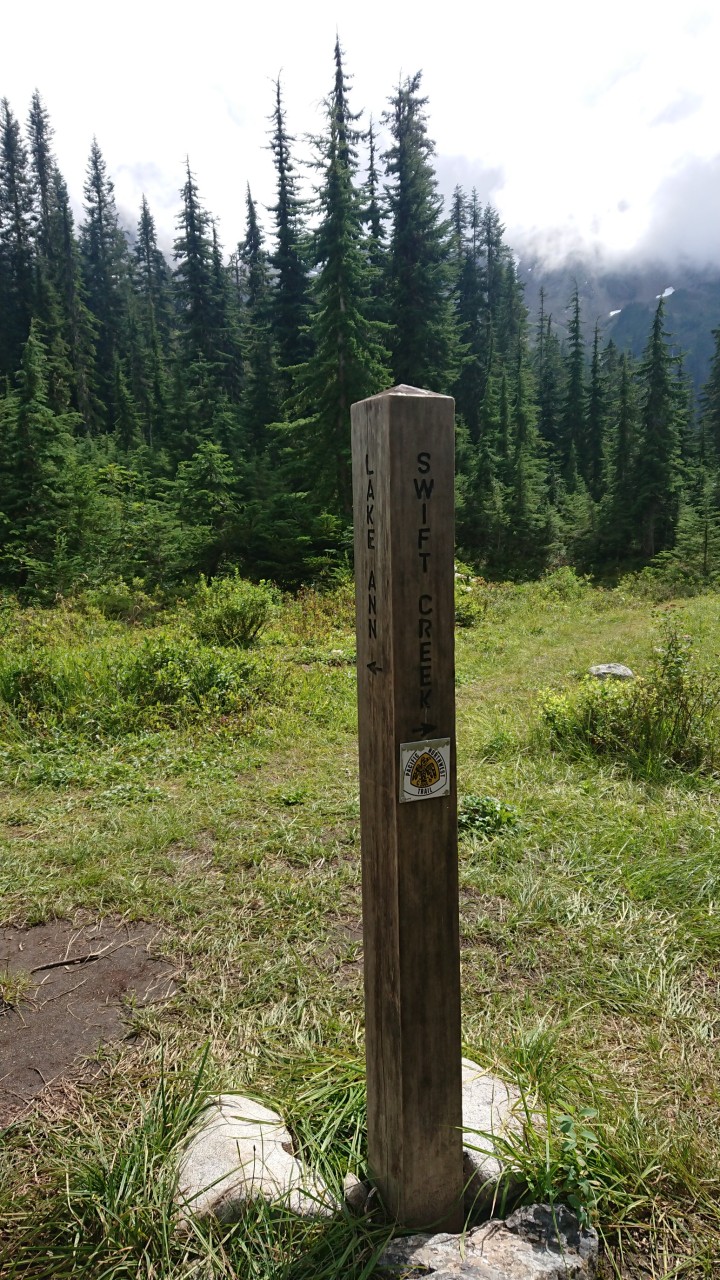 The views in the valleys around Mt Baker are stupendous. 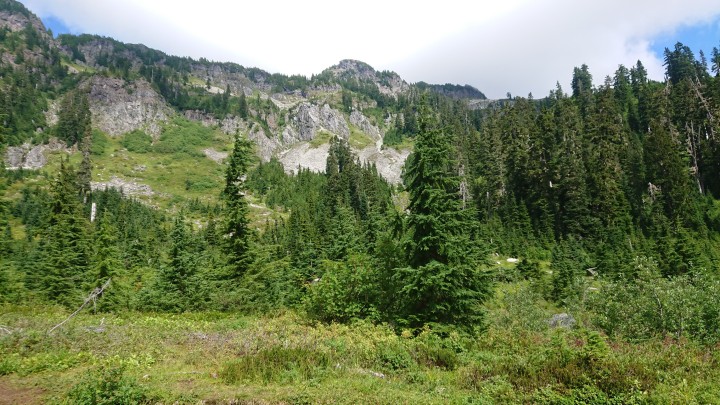 And then, in the last hour of the day, I met other PNT thru-hikers! I’ve only met six other thru-hikers, and all of them I met in towns. Semi-sweet and Kate started July 2nd, and are from many places, most recently Colorado and New Zealand. 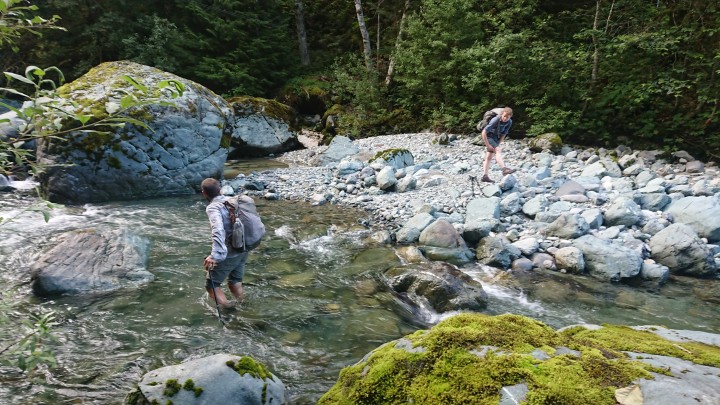 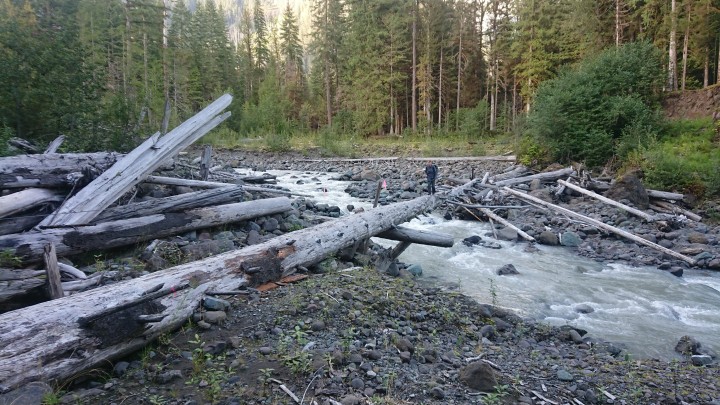 It was fun to talk with other people while hiking! The last hour flew by, and the forest had a cool ancient feel to it, with so much moss! 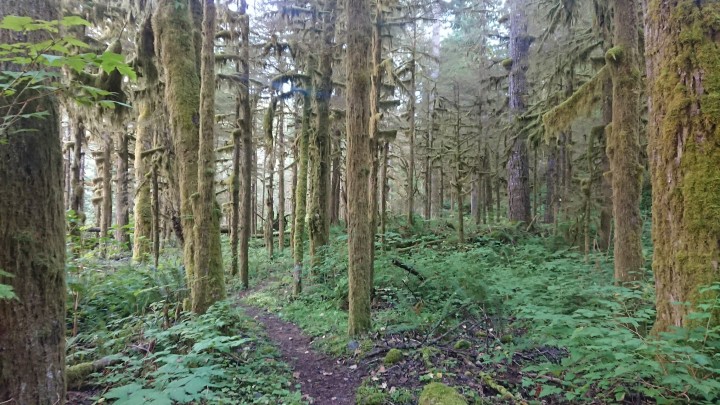 The three of us camped on an old abandoned forest road, apparently near a hot springs. I’ll have to check it out in the morning!