After getting in one last shower, I packed up and headed out at 8:30am. The first mile was on the Similkameen Trail, which followed the river. 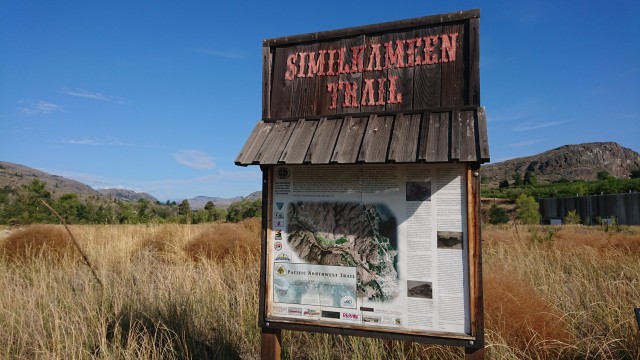 The landscape around here is very dry, and there is sagebrush and tumbleweeds everywhere. 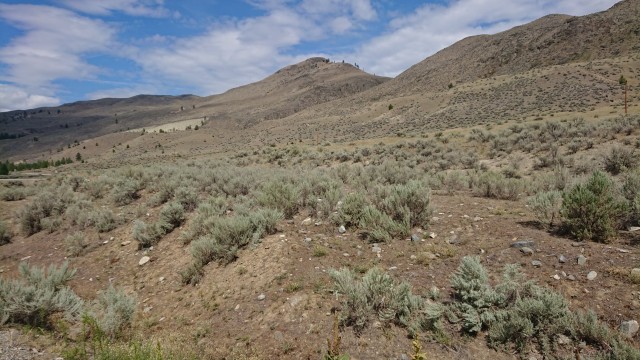 The rest of the day was on a paved road, which passed by some irrigated farmland as it followed the river.

I stopped for a late lunch break at Palmer Lake, and took a swim in the strangely warm water.

The walk along the lake was nice, especially as clouds arrived to filter out the hot sun. The deer were everywhere! 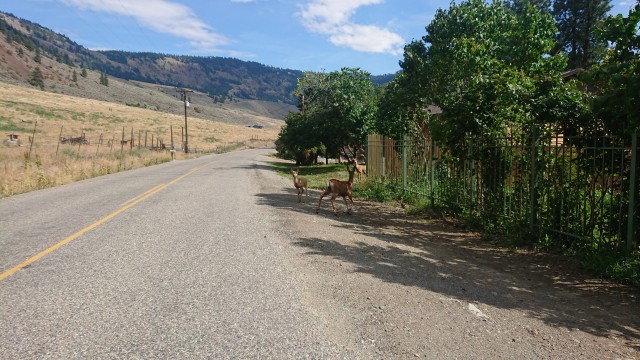 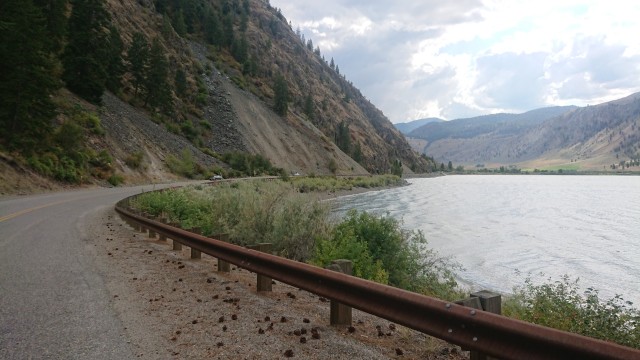 At the other (south) end of Palmer Lake is a nice picnic area, so I stopped there too, and get a break from the pavement.

The final hour felt long, but eventually the pavement ended, and I was at the base of a large 5000ft/1500m climb. I meant to camp there, and do the climb tomorrow, but my camping spot was infested with cows. So, I continued another two miles and up 1500ft/450m, and found a camp spot. Long day!