Today was a day of familiar ground, as I had hiked much of this part of the trail over the years during dayhikes. It was fun to re-visit Tyringham cobble, Goose Pond, Becket Mountain, and October Mountain. Bob and I left at 7:30am and cruised all morning in perfect hiking weather.

There were some views from farm fields.

On the short climb up to Tyringham cobble, there were heaps of toads and newts.

The view from the top of the cobble is always nice.

After the descent from the cobble, there is a road crossing, and locals have setup a snack stand! 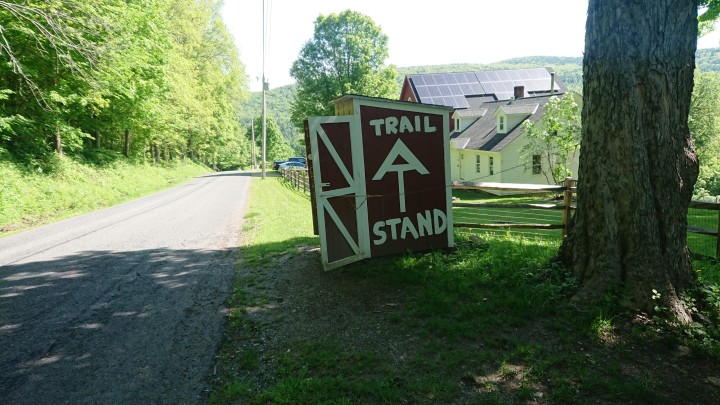 Inside, there was soda pop, candy, gatorade, water, and eggs!

We took a nice long break at a picnic table they had built nearby. Afterwards, there was a few hours of walking in a green tunnel, and I didn’t stop until we got to Goose Pond.

There was also an old chimney next to the pond, I guess there used to be a house here? 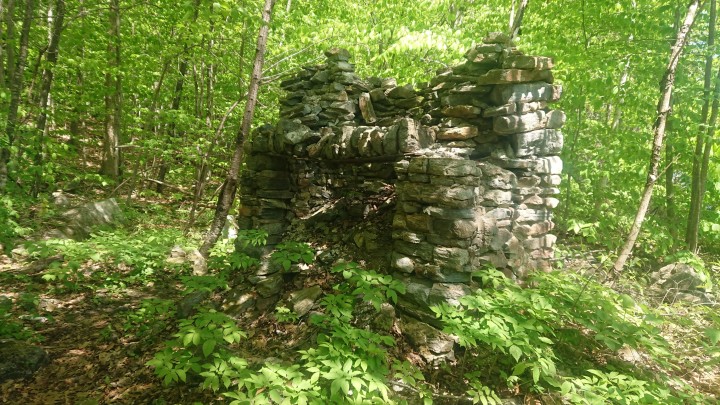 There is a cabin nearby that hikers often stay at, which has a resident caretaker who will often make pancakes in the morning! But it was only 1:30pm, so we continued on to the next shelter. After another hour, we crossed the interstate 90 freeway. 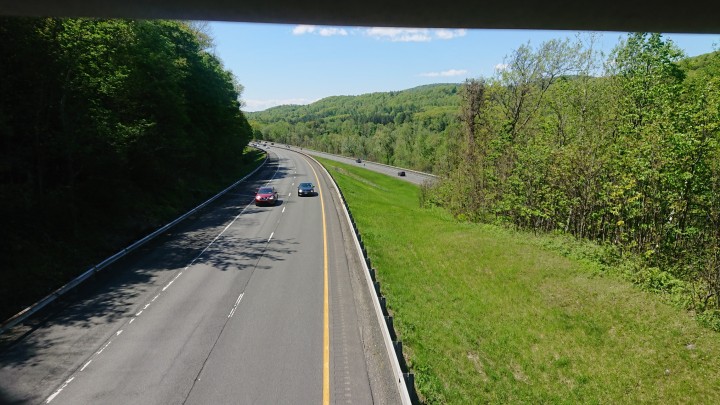 Apparently I had just missed some friends, who were driving back to Boston from the long holiday weekend. D’oh!

There was a short but steep climb up Becket Mountain, which had no views.

The last hour of the day was nice walking up on a densely forested ridge, with occasional ponds and beaver Bogs nearby.

We stopped for the day at October mountain shelter at 6pm, and there was one other thru-hiker there. 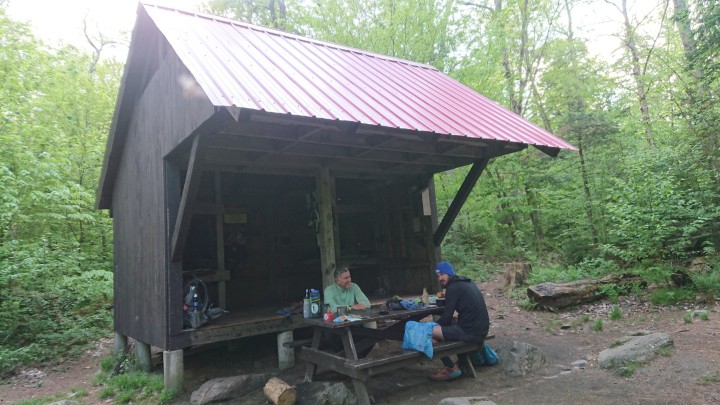 Tomorrow I’m getting an early start, to meet a friend (and 2018 thru) at a town 20miles away. Wheeee!