Today we were leaving Pennsylvania, and I’ve never been so excited to be going to New Jersey! Bob and I left the church basement hostel at 8:30am, and walked out of town on a massive freeway bridge for interstate 80. 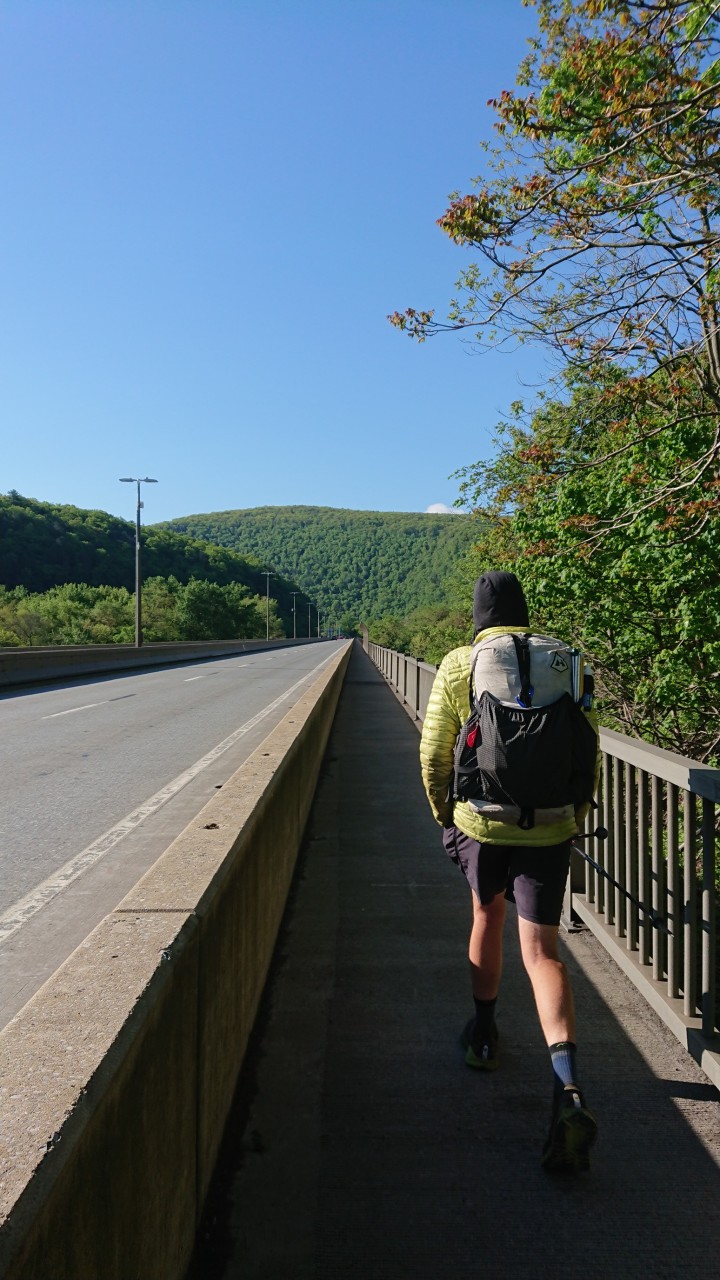 Halfway across the bridge, we entered New Jersey! 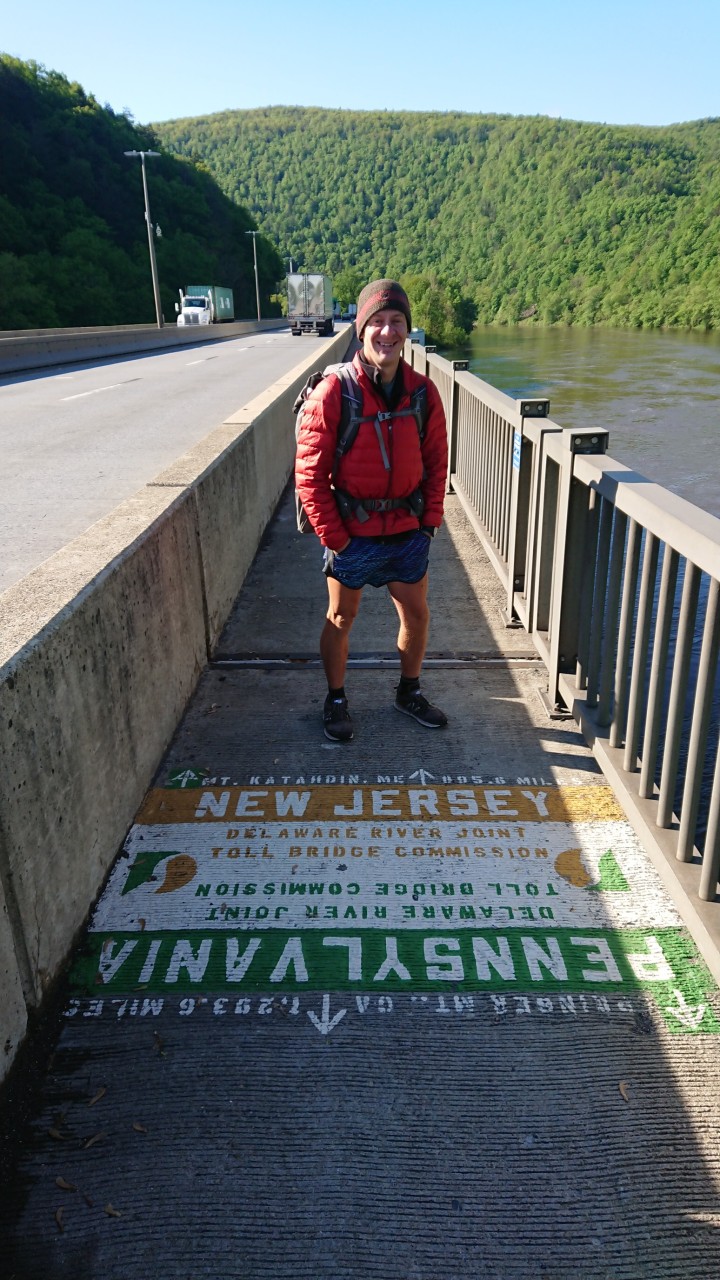 On the other side of the Delaware River, the trail promptly re-climb the same ridge, called Kittatinny mountain on this side. It followed a nice stream most of the way up.

At the top of the climb was a peaceful spot called sunfish pond. It was huge! Especially with all the recent rains.

This little guy was making his way to the pond when we saw him. I’m not sure what kind of turtle/tortoise it is.

It was a nice ridgewalk all morning, with frequent views to both the east and west. 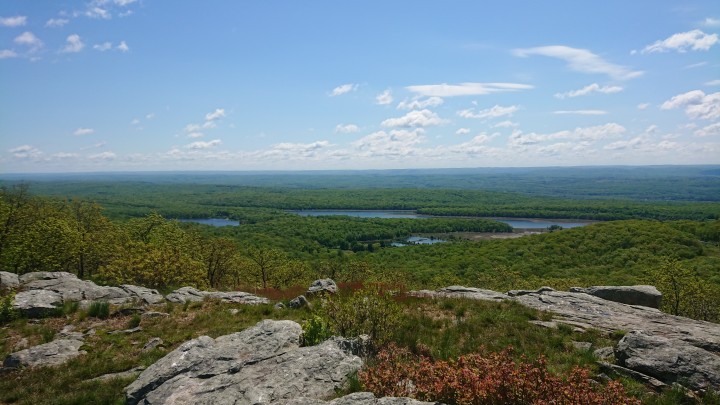 Bob is usually in the lead. He walks fast!

We stopped for lunch at the AMC Mohican center, a lodge with a Cafe and gear shop. I had plenty of food, so I only bought an ice cream and an iced tea. 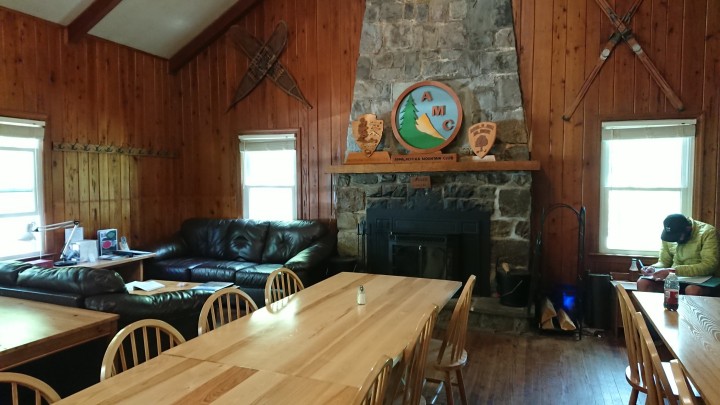 After a nice lunch of the usual cheese and salami wrap, we reconnected back to the AT. The connector trail had a less than appealing name.

And there was plenty of swamp…

Back up on the ridge, I had good views again most of the afternoon. We even stopped by a firetower for a long break. 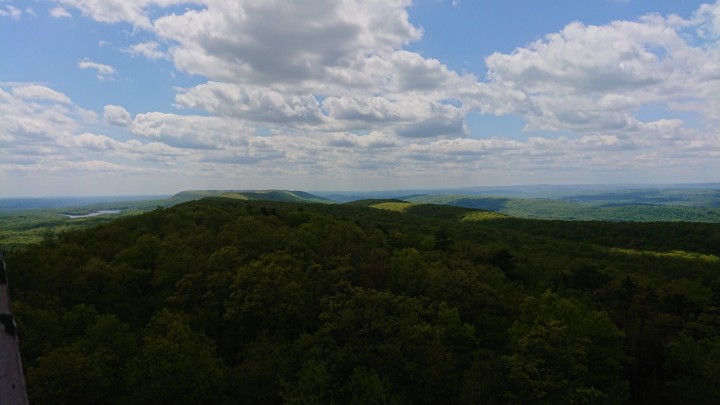 While taking our break, I had a friend message me about carpooling down to Trail Days this weekend. It is a big annual hiker event in Damascus VA, about 900 trail miles south of here. Its a long drive, so it would mean being away from the trail for at least 5 days, so I would lose the nice group that I’m hiking with now. So I declined – I’ll have to go next year though!

The rest of the day was uneventful – walking on rocks, including some cool big slabby ones.

There was a pond called “Little Crater Lake” but it looked pretty stagnant and un-clear, very opposite from the real Crater Lake on the PCT in Oregon.

We got to the shelter pretty late in the day, after 6:30pm. A nice couple showed up an hour later and we had dinner together, then early to bed!