The weather forecast improved slightly, with rain starting at noon, so I got an early start to get as many miles in before then. The trail descended down to Lehigh Gap, and I could see the re-climb on the other side.

Crossing the Lehigh river was on a nice bridge, separated from the scary traffic. Everyone here drives like they’re on the phone! 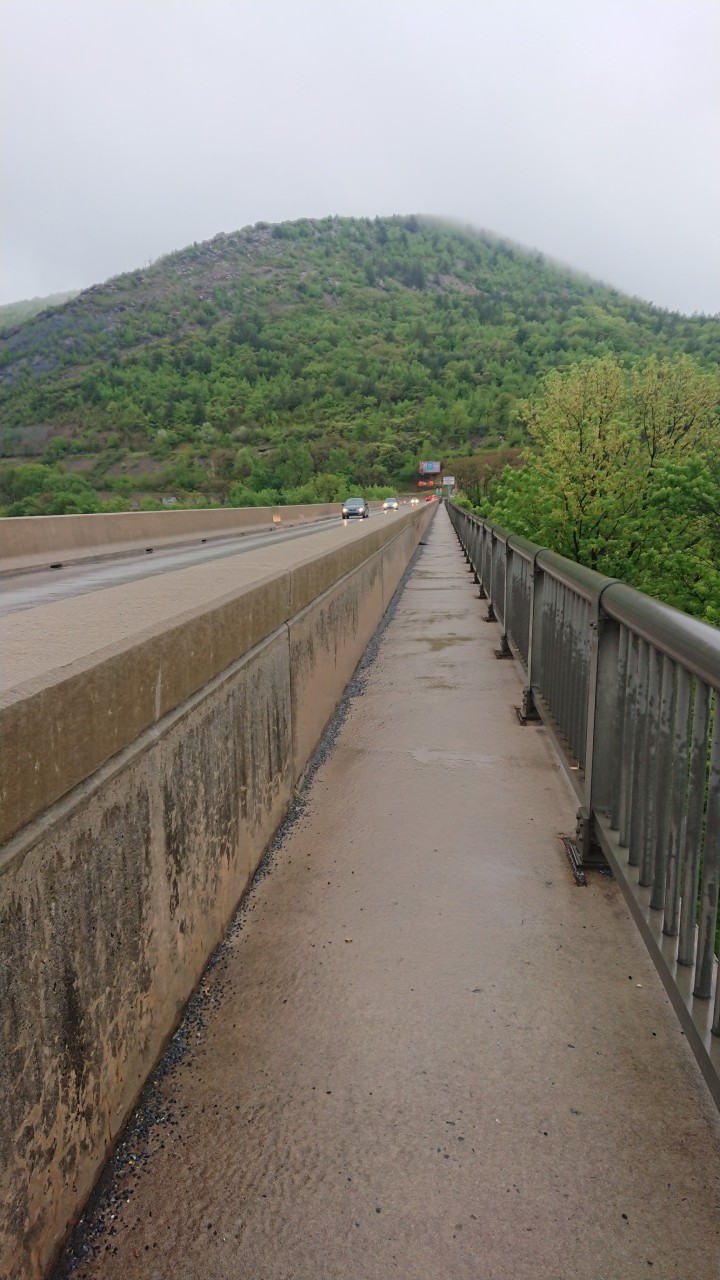 The re-climb up the other side of the gap was quite steep and exposed. There was even a short section with some easy rock climbing moves- a foot jam, a stem up a corner, and a mantle up onto a ledge!

After 1000ft/300m of going up, there was one last good view back to where I had just been. And then the fog moved in. 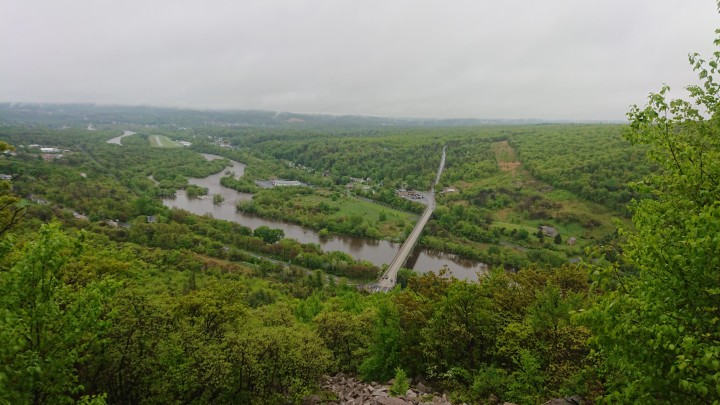 The trail was a cruise for a couple of miles down an old road, since it had been rerouted. (The original trail runs thru a superfund site, the result of zinc processing at a former factory in the valley below.)

The rest of the day was up on a ridge, on rocky trail in the fog. It was Cold again, so just a few photos. 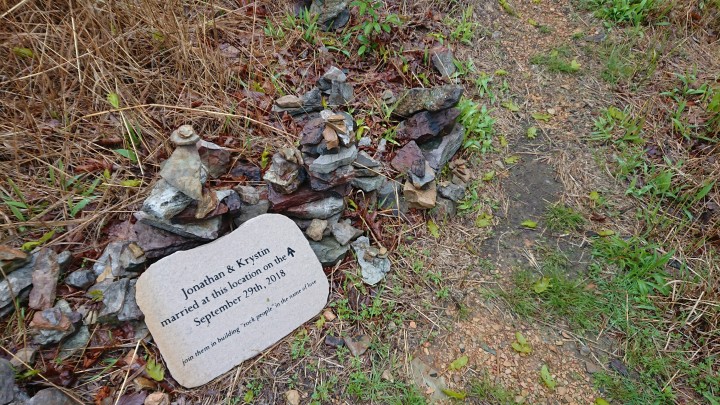 I took a break at the only shelter I passed by today, to get out of the rain while I ate. It said “happiness here”, it was right!

Bob and I arrived to Wind Gap at 4pm, and it was still raining, cold, and foggy. So we went to the Gateway motel. It was warm and dry… and that’s about all the nice things I can say about it. 🙂 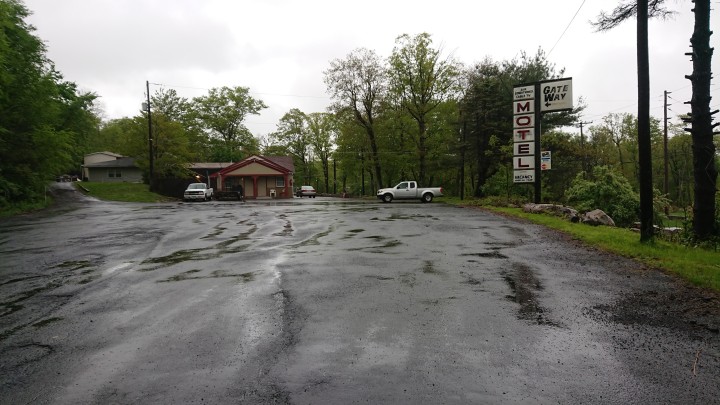 I ordered pizza for dinner, and we sat and enjoyed the warmth and dried out, while watching bad movies!