We got up early for the 7am breakfast at the brewery. It was a ton of food for only $5!

One of the employees gave us a ride back to the trail at 8:30am. It was a nice sunny day to hike. 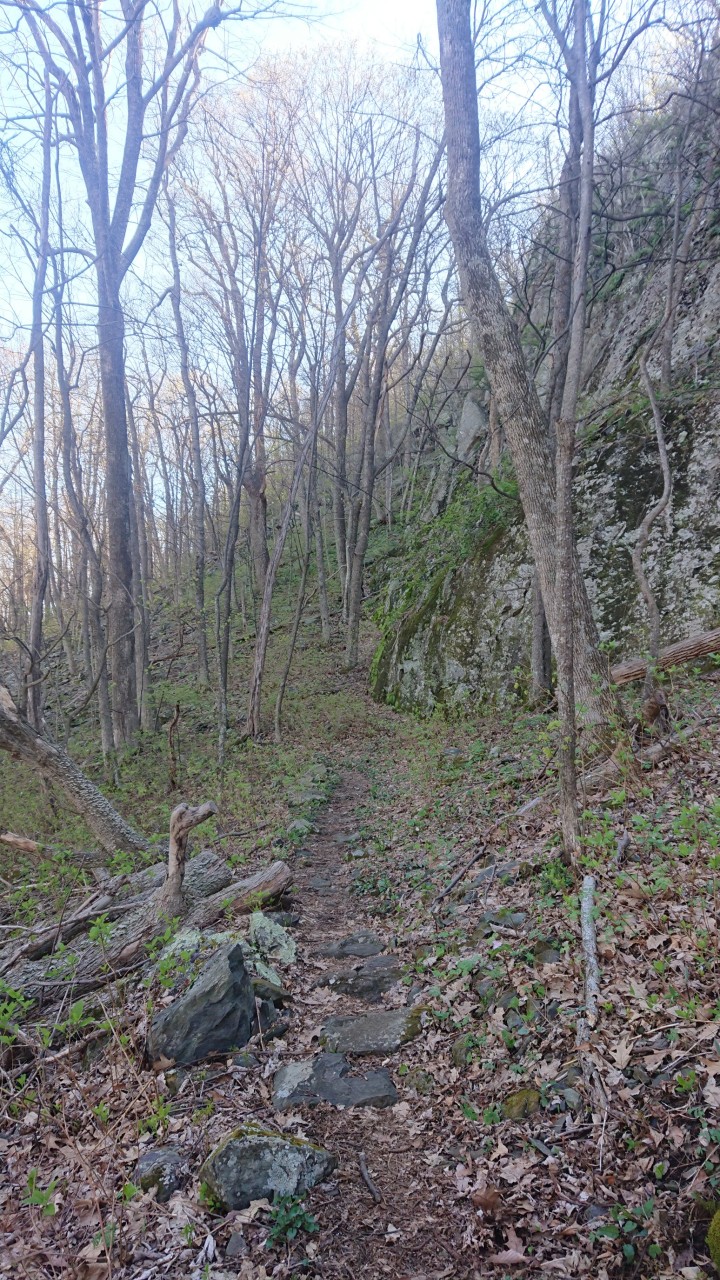 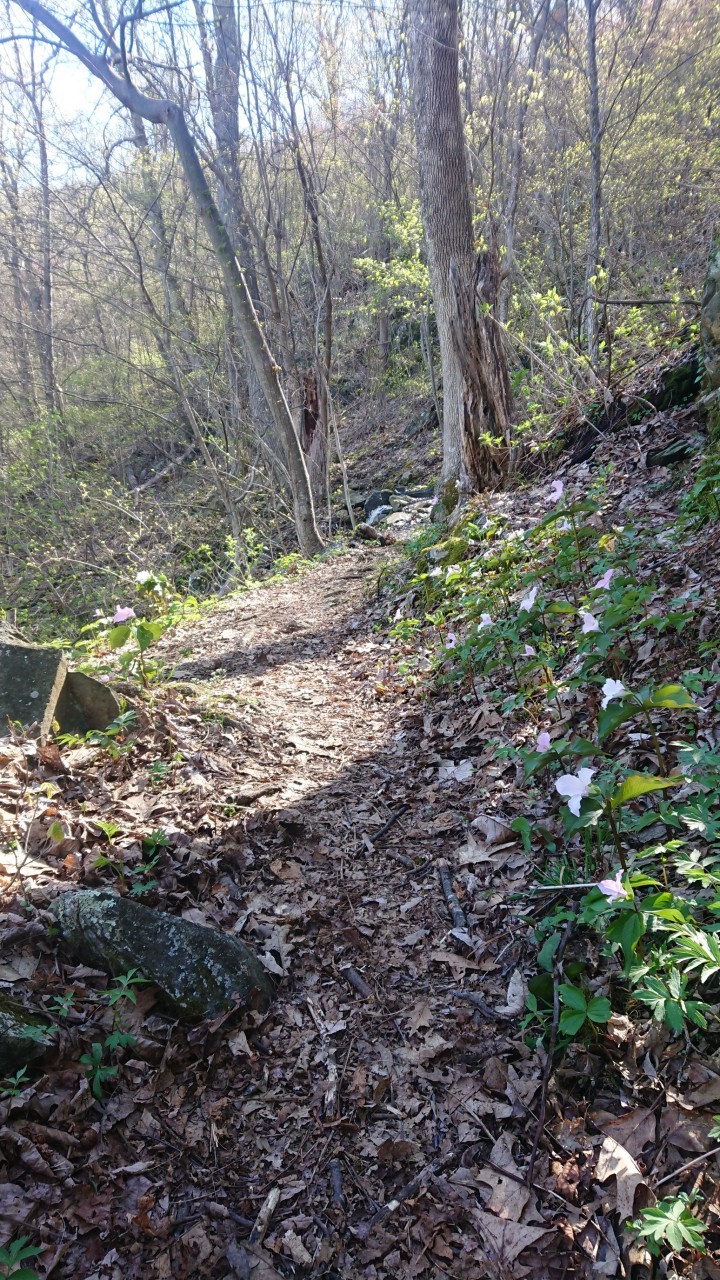 There were occasionally views, usually when the trail crossed the Blue Ridge Parkway.

From the top of Humpback mountain, the view south was pretty unusual – a ski resort in Virginia! I think it was called Wintergreen ski resort.

There was a side trail to a spot called Humback rocks, and it was totally worth the extra quarter mile. 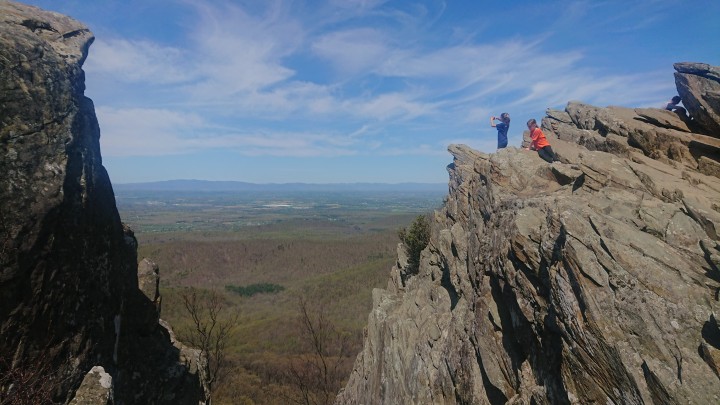 The rest of the day was a casual descent to Rockfish Gap. The trail condition improved, and there were less rocks. And with the warm day, many more danger-noodles.

There was one stream crossing by a shelter, which was surprisingly not bridged, given its size. Rock hopping skills to the rescue!

There were a couple of random things in the final mile – an old cemetery, and a house ruins.

I got to Rockfish Gap at 3:30pm, and called a local trail angel for a ride. Waynesboro is a wonderful hiker friendly town, and the have a list at the trailhead of dozens of people who you can call for a ride. 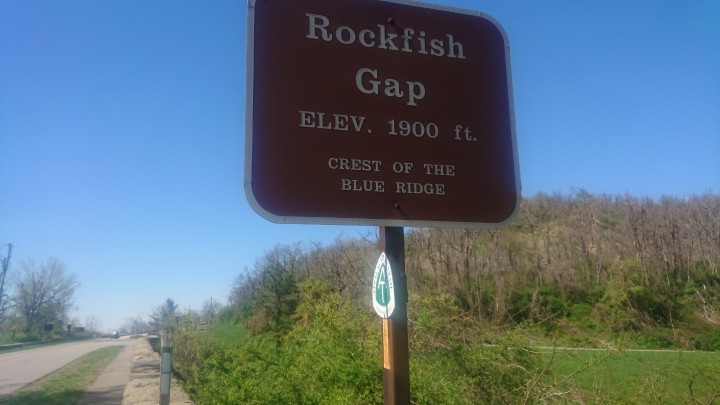 Lightfoot showed up a few minutes later, and we rode into Waynesboro, directly to the Chinese buffet. The we did a resupply at the Kroger next door, and got a ride to Stanimal’s hostel. It was a nice place to relax. We watched movies, and I stayed up way too late. Tomorrow will be rough…