I tried to sleep in, figuring the extra rest would help me feel better. It kinda worked, and at 10am I made the short drive down to Triabunna. It was way too early for the 11:30am ferry, but it gave me time to refuel the car and get my campsite sorted and paid. It wasn’t quite the warm sunny day that was promised, so I waited in the warm car until the last minute.

The ferry showed up a few minutes early, I think it makes 4 trips a day back and forth to the island.

Everyone was boarded within 10 minutes, and it was only like a quarter full inside.

There was also an upper deck that is outside, but I went up there for only a minute, since it was cold and windy.

The ferry ride took like 30 minutes, and we were dropped off at the Darlington jetty on Maria Island. I think these towers were old concrete plants. 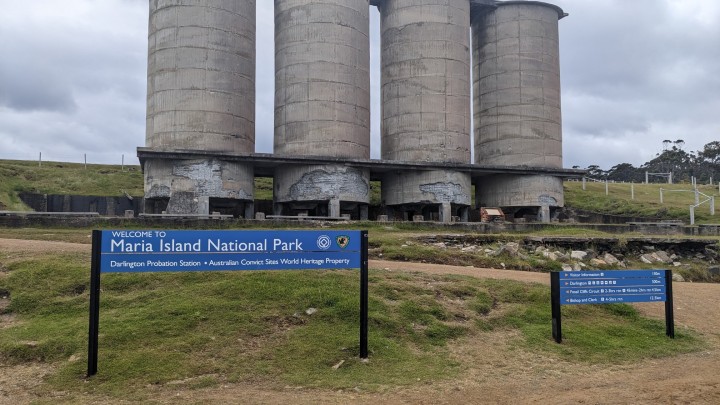 I walked by the little Darlington Beach, which wasn’t inviting me for a swim on such a cold day. 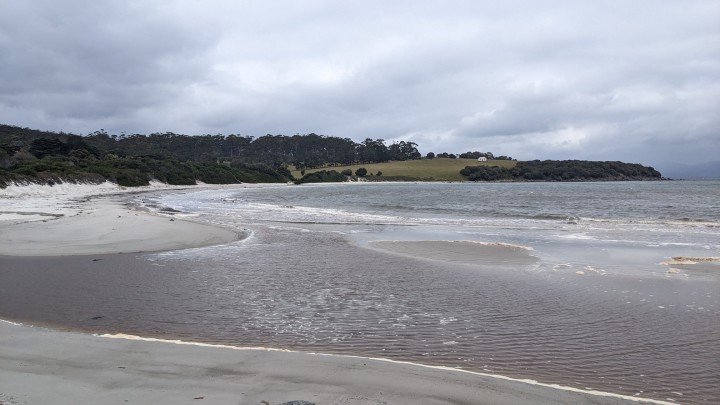 This grove of ancient and massive trees was a nice entrance gateway to the Darlington village. 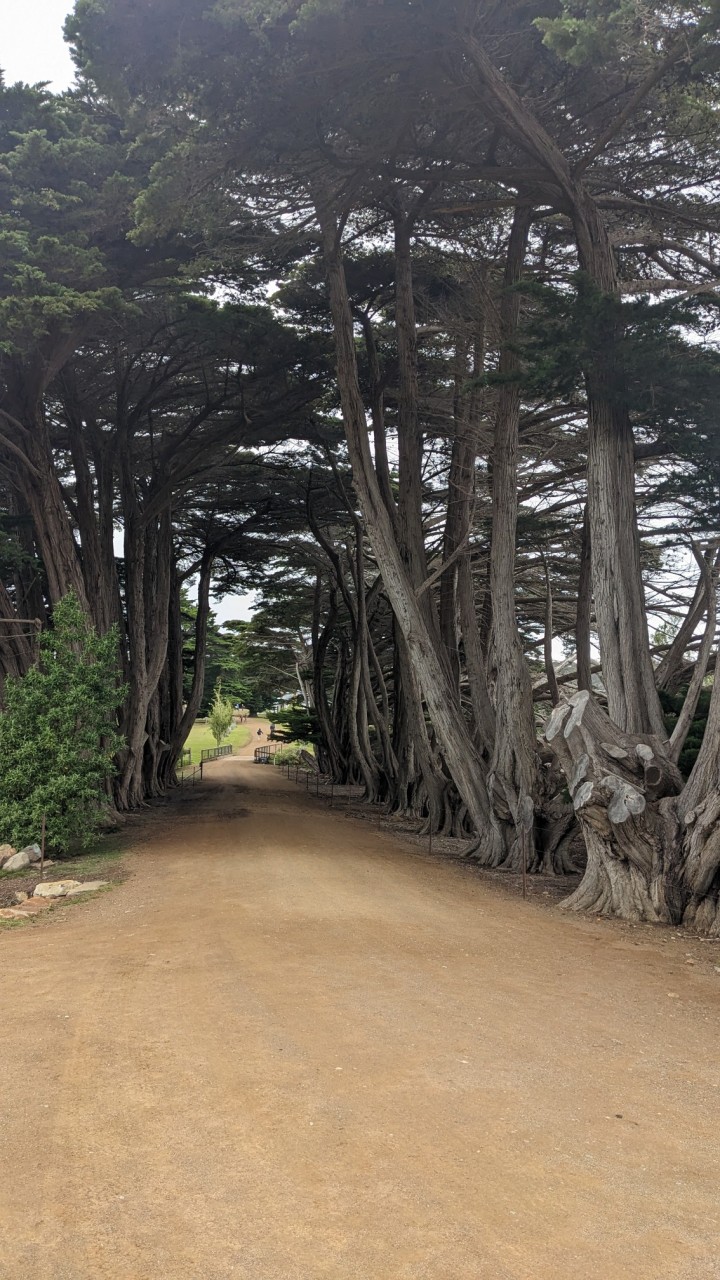 For much of its history, Maria Island was a penitentiary settlement. There were a dozen old buildings to visit, each with an interpretive sign or display. I investigated a mill, a cafeteria, the Warden’s residence, a medical ward, and some old dormitory housing.

One of the displays had a cool 3D map, which are usually my favorite things. And this map had an Isthmus, which is my favorite land feature! It’s also just a fun word to say.

One of the old buildings had been modernized inside to be a working kitchen and dining area. It had gas stoves and sinks and counters, pretty basic. But it was warm-ish and windless inside, so I spent a couple hours in there eating a late lunch of soup and cookies.

I kept hearing these weird noises outside that sounded like a pig grunting. I went to investigate…and it’s a bird! A Cape Barren Goose, to be precise.

The Wombats on the island are smaller than the mainland ones, but also less shy too. They had no concerns about me standing only 2m away as they munched on grass.

I setup my tent in the designated camping area, there aren’t assigned spots here. I made dinner in the dining building, and afterwards returned to the campground to get ready for bed. I heard waves crashing as the tide was getting higher, and I was surprised to see the ocean so close! It was less than a 1 minute walk thru some tall bushes. 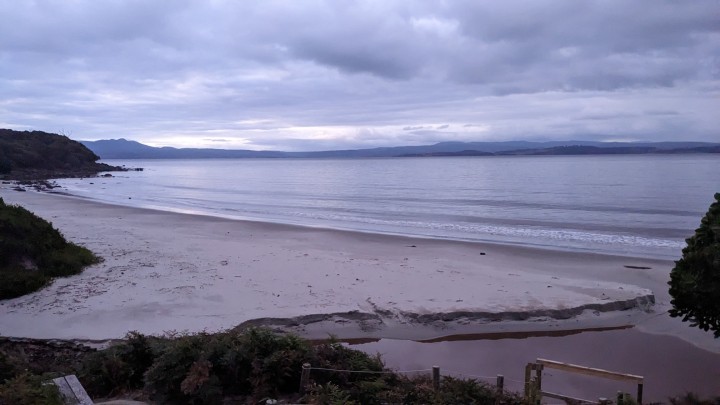 I had been taking medication all day and resting, and finally starting to feel a little better. Tomorrow morning I’ll take the short beachwalk over to Painted Rocks, and then do a longer hike up to the summit of Bishop & Clerk. I plan to be finished by 1:30pm, since I’m on the 2:30 ferry back to Triabunna.