I slept late at the hostel, which was a very nice old building with lots of fancy old pieces of French furniture. I bought a ticket to a local museum called MONA, the Museum of Old and New Art. It’s known for being a very quirky and untraditional art museum. I stopped to get gas on the way, and this seagull just sat on the hood and wouldn’t move. Eventually I sprayed the windshield and he departed. 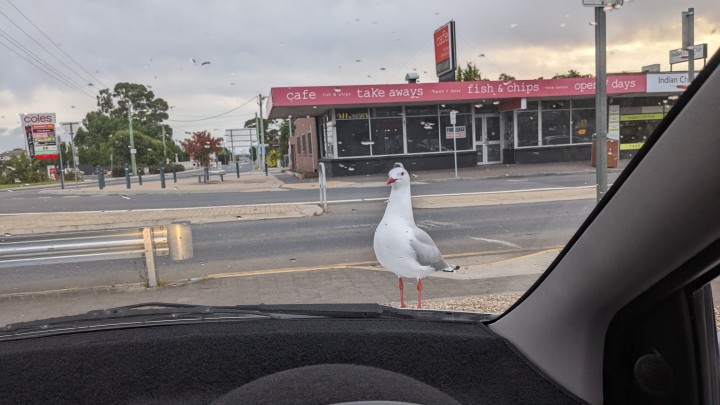 I parked at the museum, and that’s where the normalness ended. The entrance was a confusing maze of stairs and ramps. 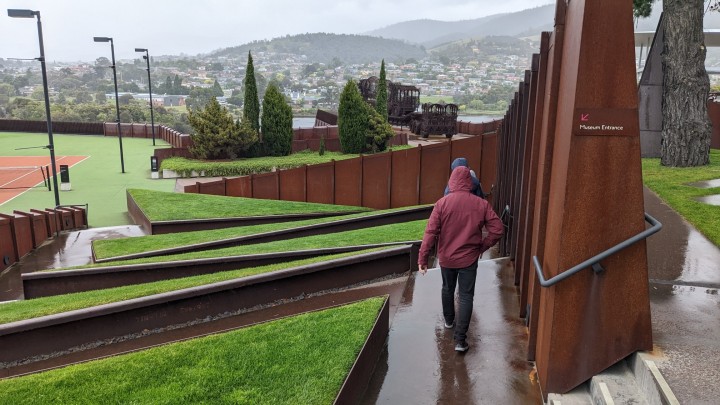 The entrance was a nondescript door at ground level, but the rest of it was underground. I checked my wet raincoat and umbrella, and downloaded their app that explains the exhibits. 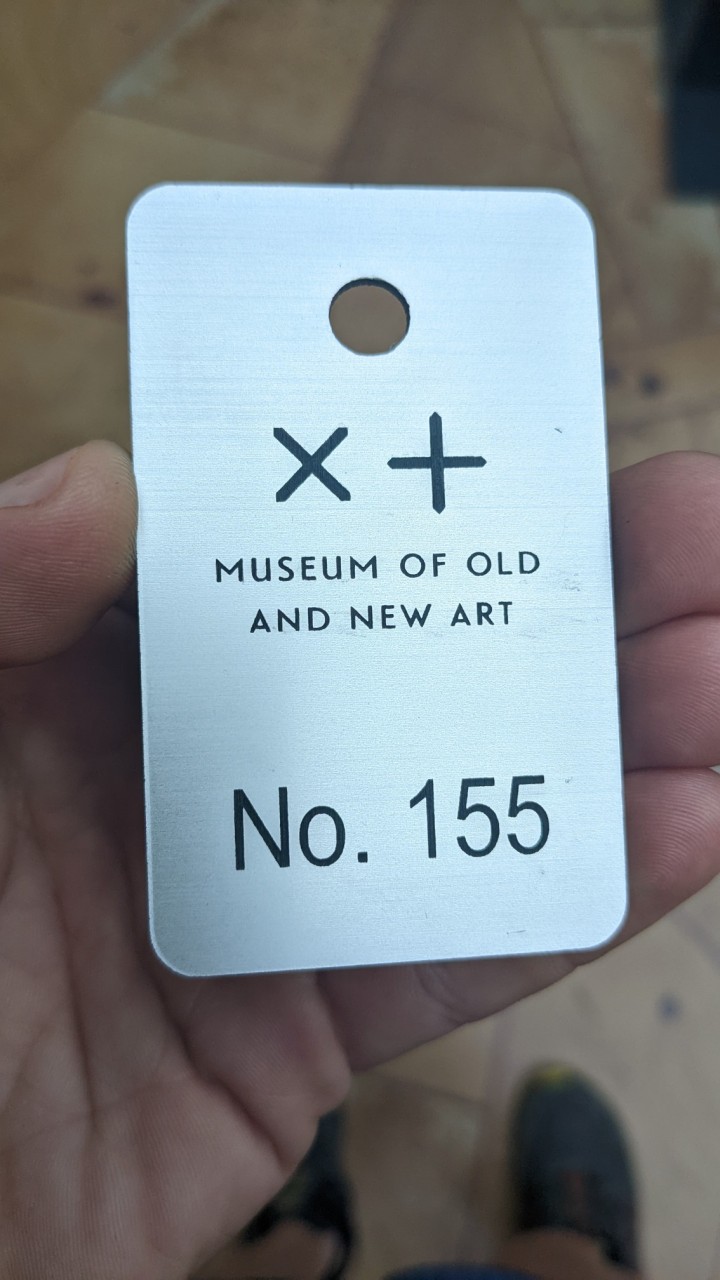 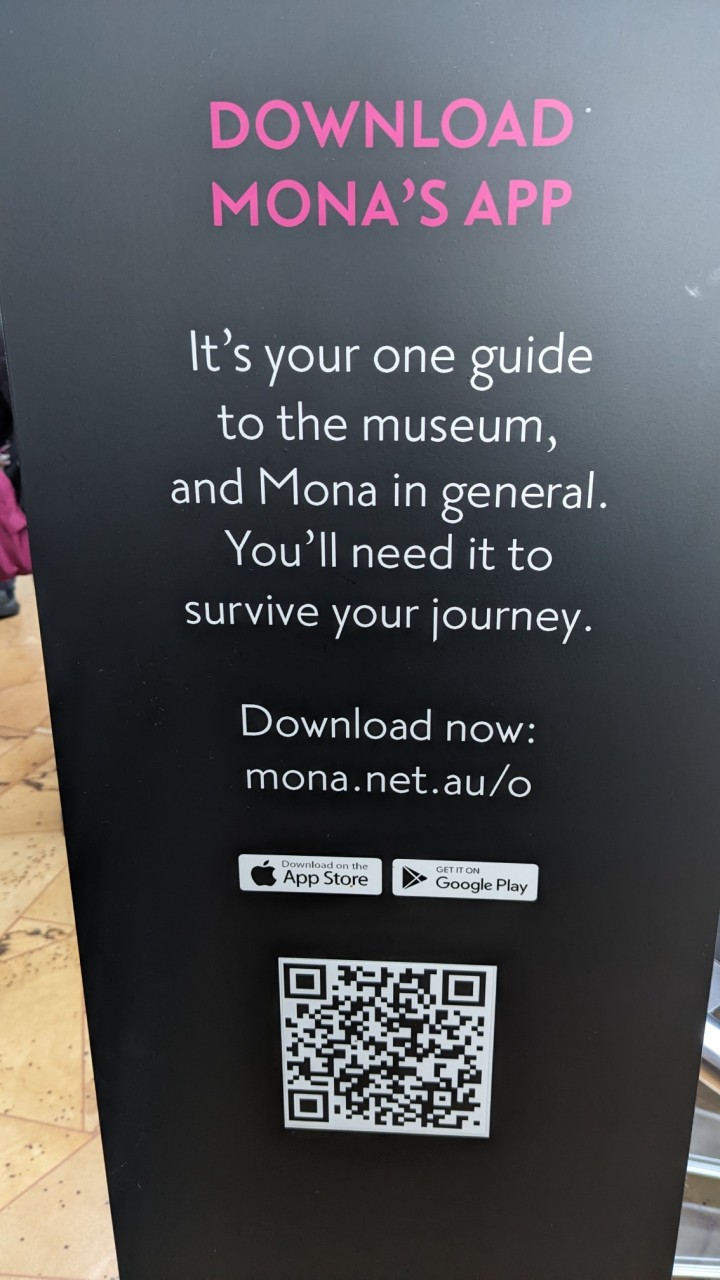 After going down the stairs into the museum, I could see the cafe a few levels below me. I loved the name – “Void Bar”, Cocktails, Pizza, Emptiness. 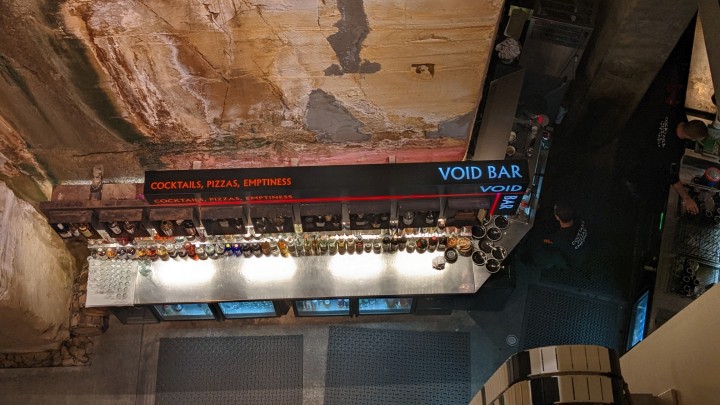 The exhibits were all very unique, ranging from performance art, to interactive exhibits, to traditional Picasso sculptures. 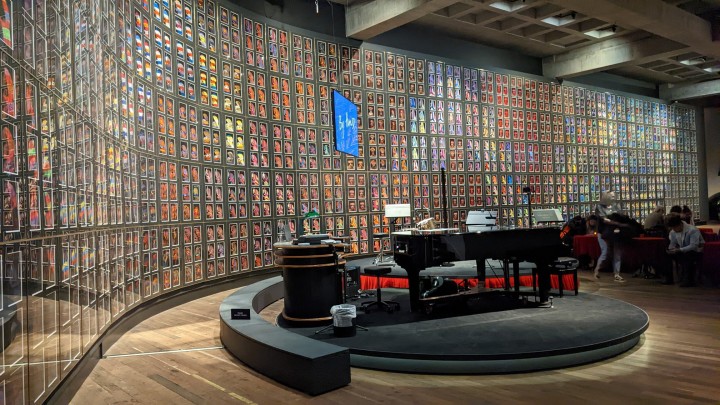 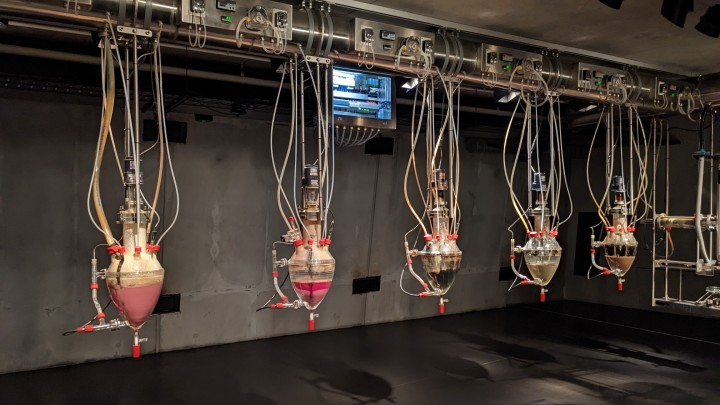 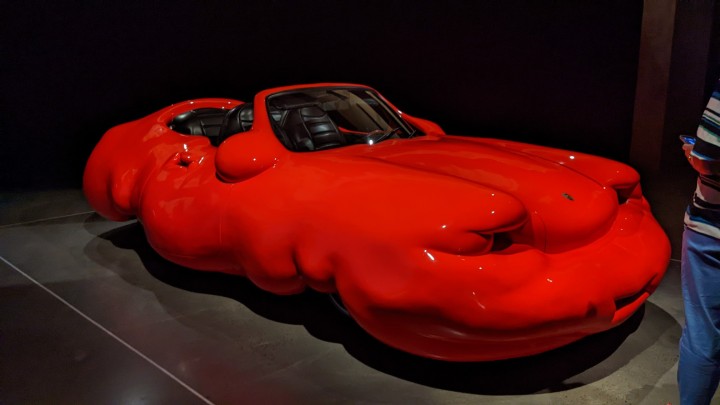 This exhibit was for a mummy, and you had to walk on the stepping stones, or else fall into 2m/6.5ft of dark water! 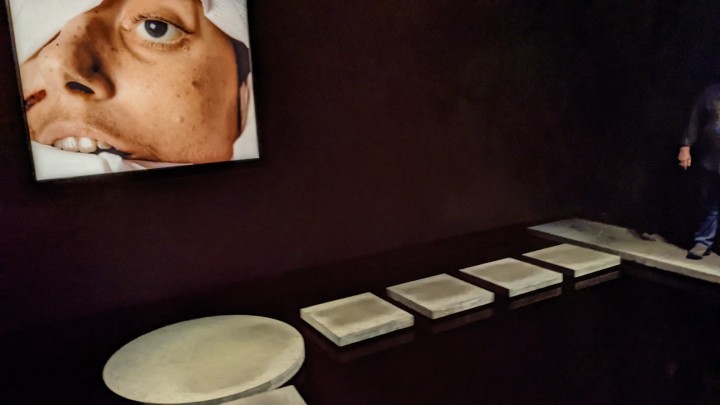 This one was called the White House: 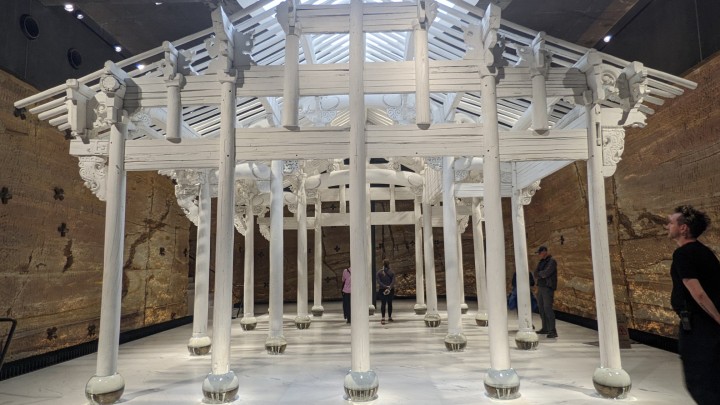 This one was a small maze with binary numbers everywhere and a surprise mirror ceiling at the finish. 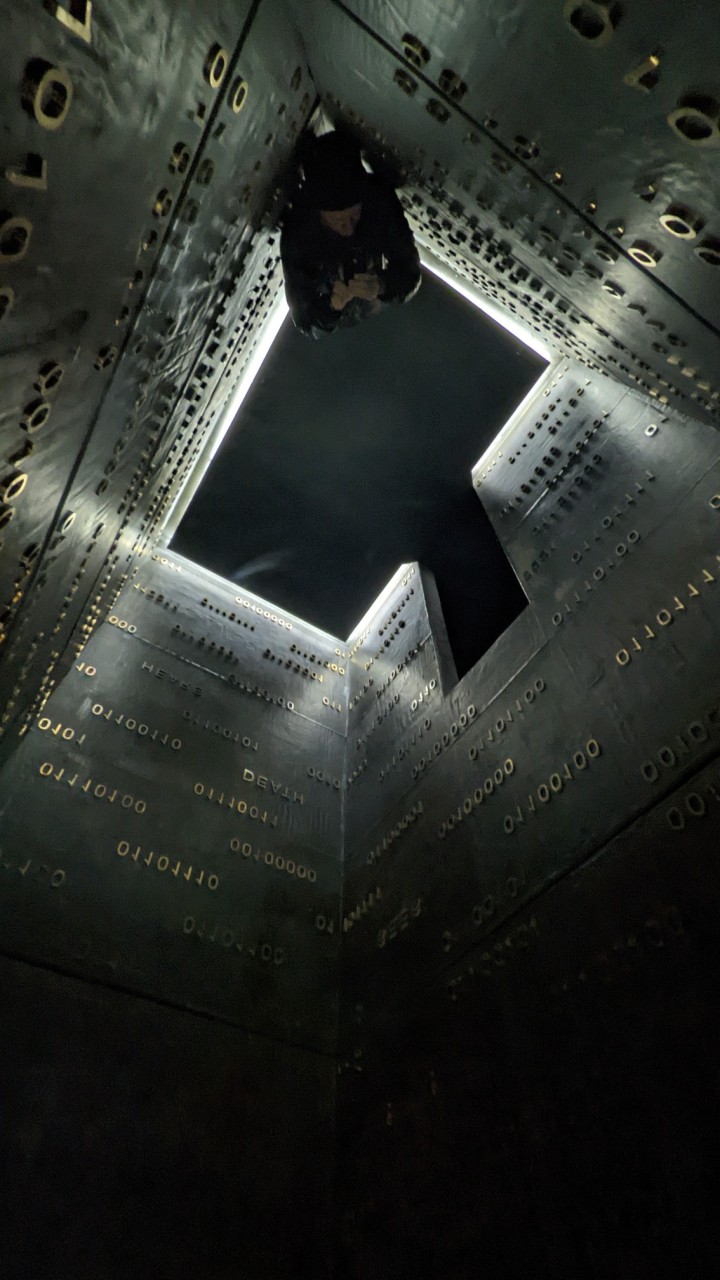 A small library room full of blank white books and magazines was an exhibit. 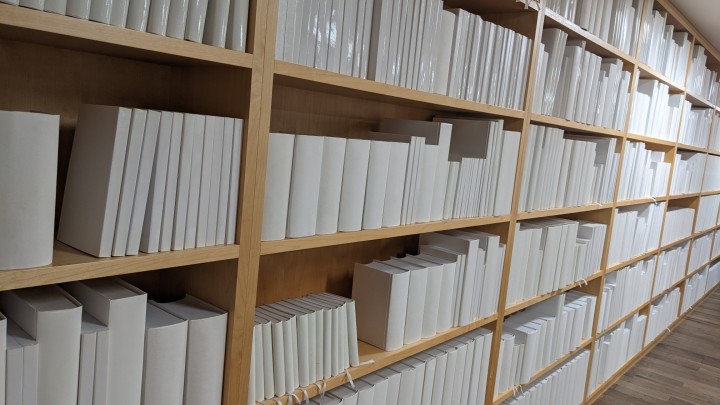 So was a loud groaning tunnel with shifting lighting. 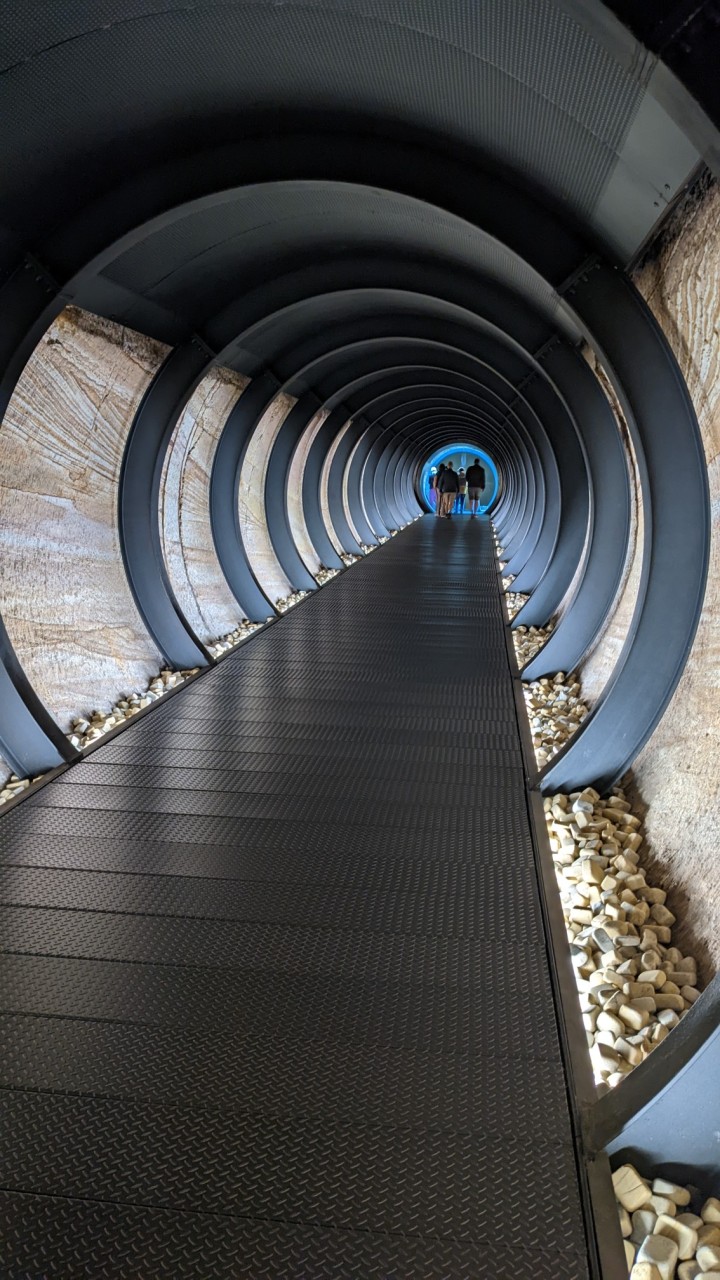 By 3pm, I had seen most everything, so I drove to a nearby fried chicken place for an early dinner. After doing some planning for the remainder of my Australia trip, I hit the road. I found a free campsite on google about 2 hours away, and only 45 minutes from where my hike tomorrow will start. I arrived to the campsite, which was at a boat ramp and fishing area near Bronte Park. It was very windy near the lake, so I rearranged the seating inside the car to sleep there instead. Tomorrow I will begin a short hike, a 2-day out & back hike to Frenchman’s Cap.