Everyone in the campsite was awake by 6am, and I started moving at 6:15. After a nice breakfast (“brekkie”) by the stream, I said goodbye and was on my way at 6:45. 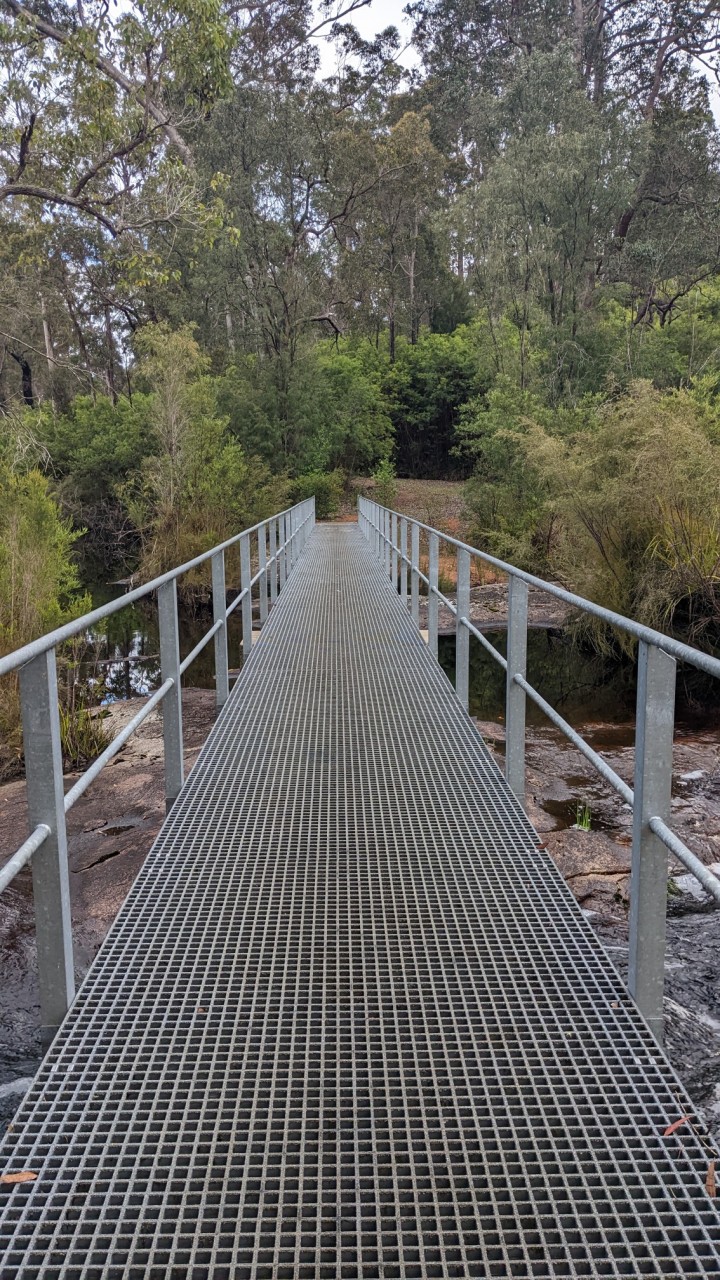 Looking down at Dog Pool stream:

Most of the morning was lovely walking on an old road, and for 3 hours I was thoroughly enjoying myself. 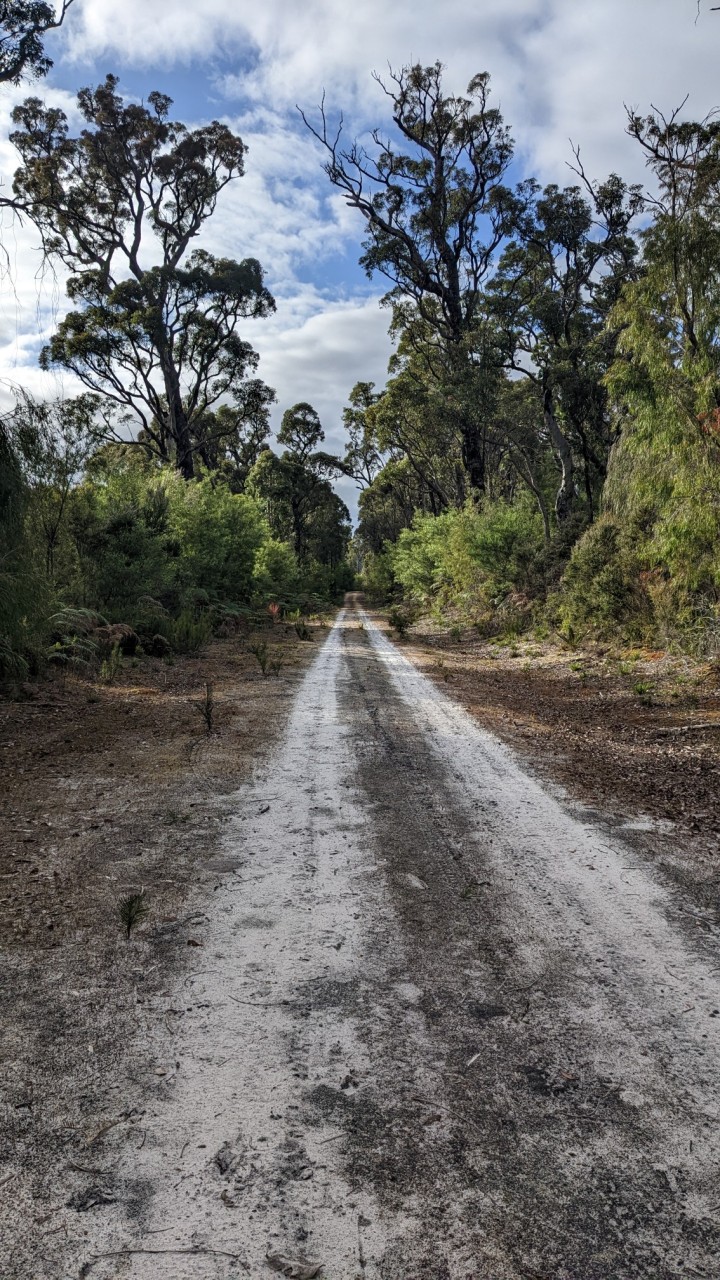 Then, the trail sadly departed the road and became a narrow singletrack for the next hour.

It’s much harder to spot snakes on a narrow trail and I was constantly searching the ground for any signs of danger noodles. The trail is generally very sandy and open so at least they would be easier to spot than a dense forest.

I think this flower is called Bottle Brush.

This tree was fascinating, it was completely burned out at the bottom and yet the top was fully green and alive. 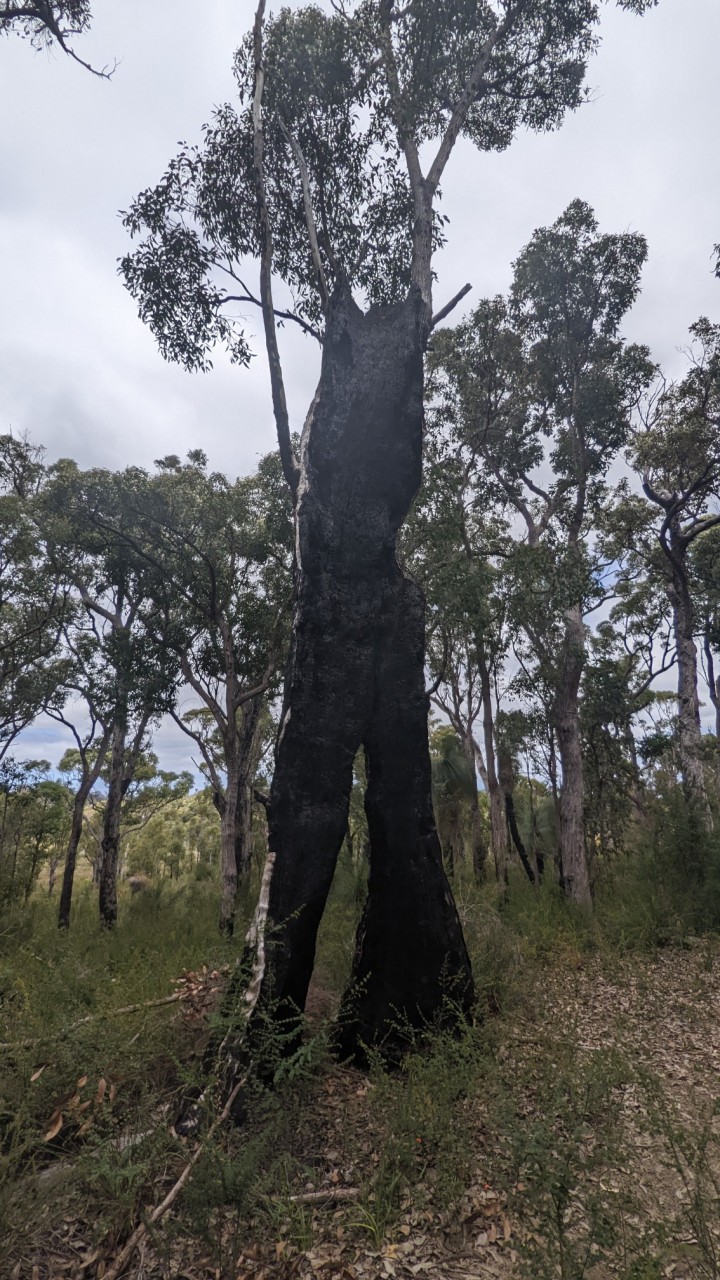 The views were very expansive in these coastal plains.

I got to the Mt Chance shelter at 11am and had lunch.

I liked the name of the group that had signed into the book ahead of me… Wander Women!

The shelter is named for the short 125m tall summit behind it, Mt. Chance. I scrambled up the short granite slabs to the top.

Good views to the West!

To the east it looked like there was a fire. Hopefully it’s a planned burn.

The summit had a good phone signal so I updated my journal and then went back down. As I was packing up to go, a woman named Sarah had arrived who I had camped with last night. We chatted for a few minutes, it turns out she is almost 80 years old and is hiking this 100km section southbound! Cool. After an hour of hiking I came to a trail junction to another little summit. It would have had the same view as the summit I was just on, so I skipped this one.

And then the trail quickly went to hell. Initially I tried to skirt around the “puddles” in the trail, but it quickly became evident that this was a waste of time and my feet were still getting wet. So I started hiking straight through the water which was usually shin deep. And mucky…gross.

Occasionally the trail would surface above the water and be nice walking for a few hundred meters. 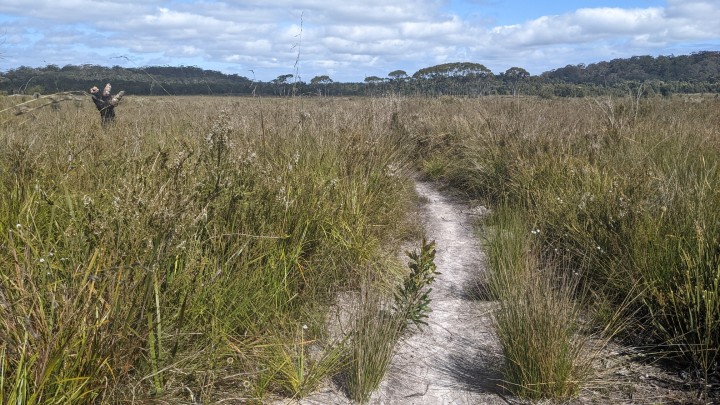 But it seemed like for a significant portion of the afternoon, the trail was underwater.

This was the only snake I saw all day despite keeping a watchful eye out. It was tiny, only 30cm long and kinda thin… I’m not sure if it was a baby tiger snake or just a different species altogether. 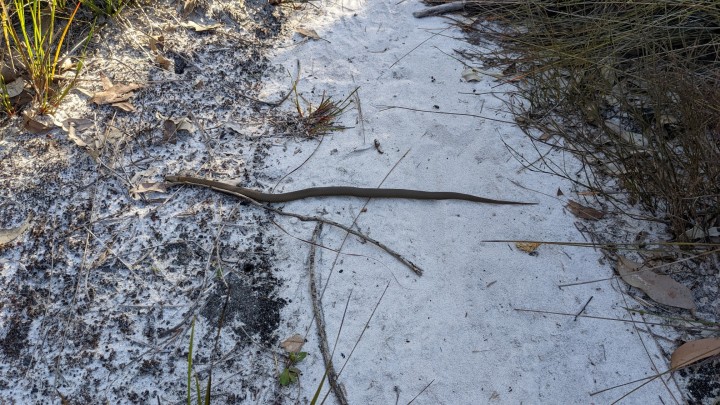 Thankfully I arrived at the Woodbales shelter, my ending point for the day. It was such a joy to behold as it meant the end of walking through gross water and I could dry out my feet.

I was the only one at this campsite, so I set up my bed inside the shelter, made dinner, and then walked up to the little summit behind the shelter. I sat up there for 30 minutes enjoying my dinner.

And watching the sunset.

And to the east was the rising gibbous moon. 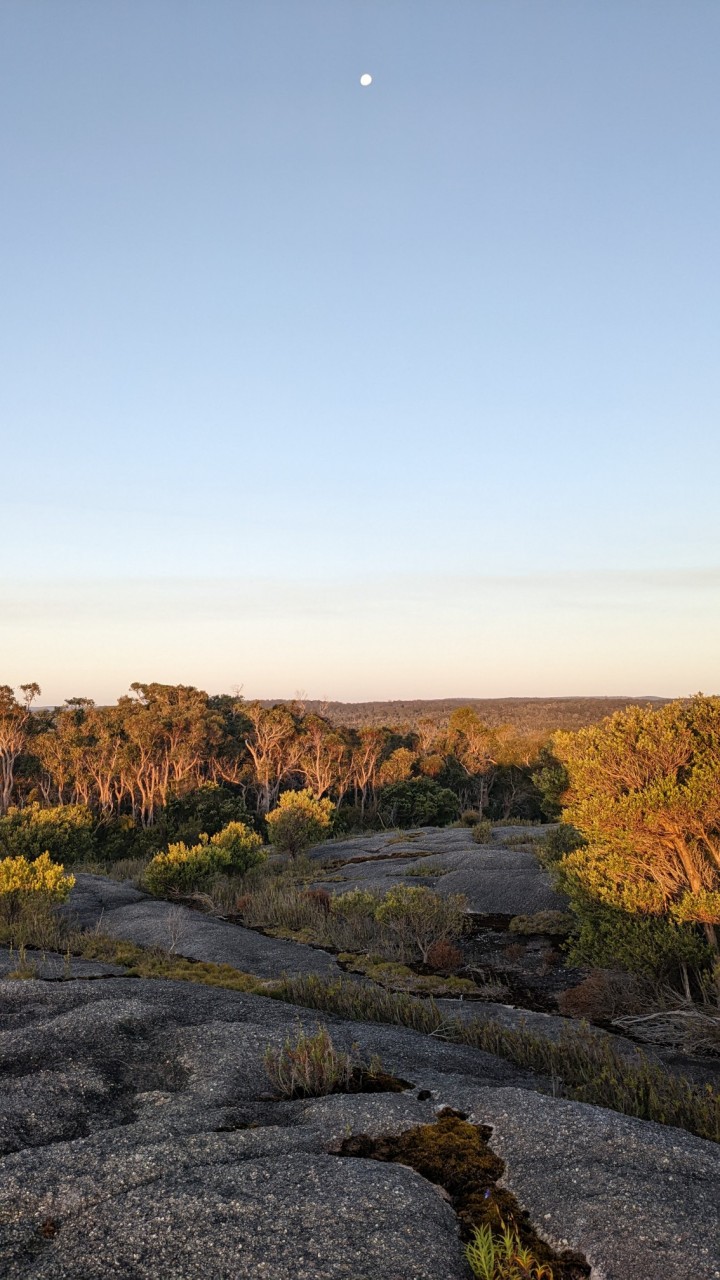 As soon as the sun went below the horizon, I walked back down to the shelter, sorted my stuff, and went to bed by 8pm…it was exhausting pushing through water all afternoon.