I got a late start, it was 8:30 when I started walking. Apparently the dam opened at 8am and I could’ve started earlier, oops. 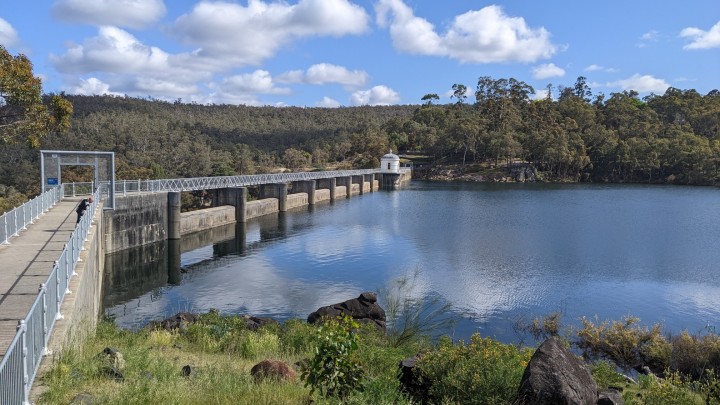 I love seeing civil engineering projects up close, even if this one was built for a ridiculous reason, like pumping water into a desert town 500km away.

On the other side of the dam, the trail followed some pipes for almost a km, I could hear the water inside! 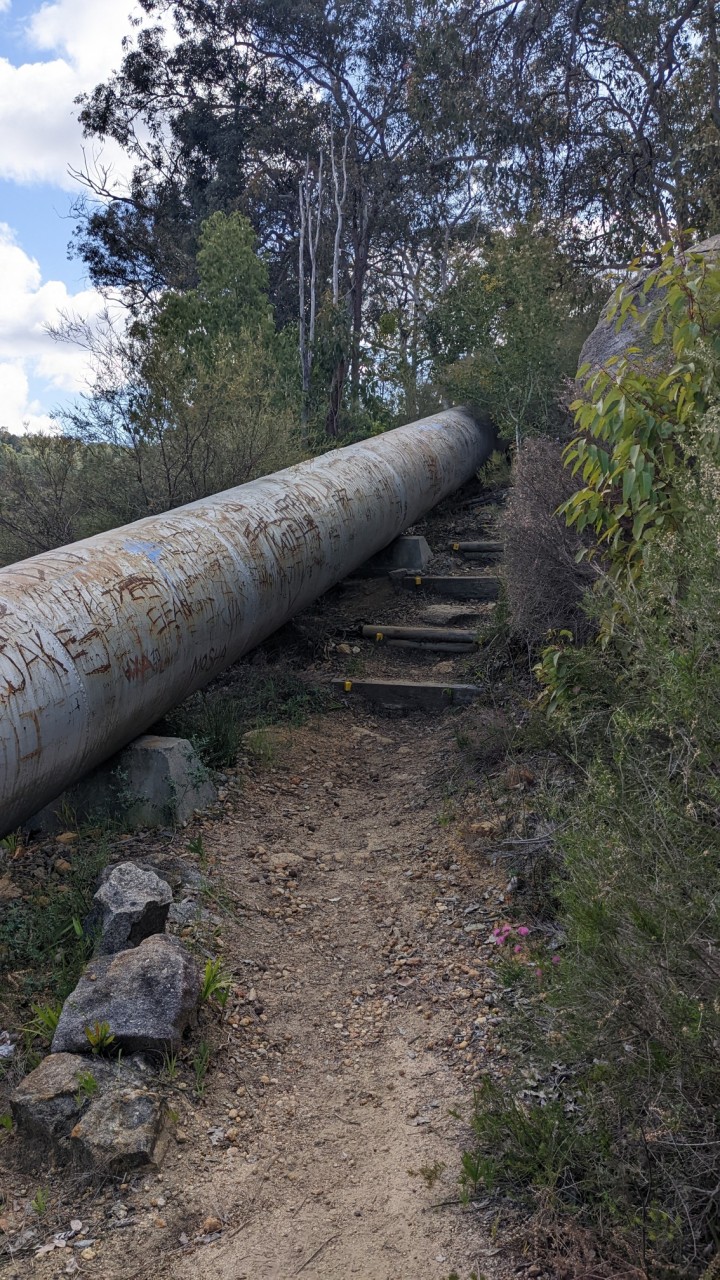 After climbing a small hill, I could look back at the reservoir and the dam. 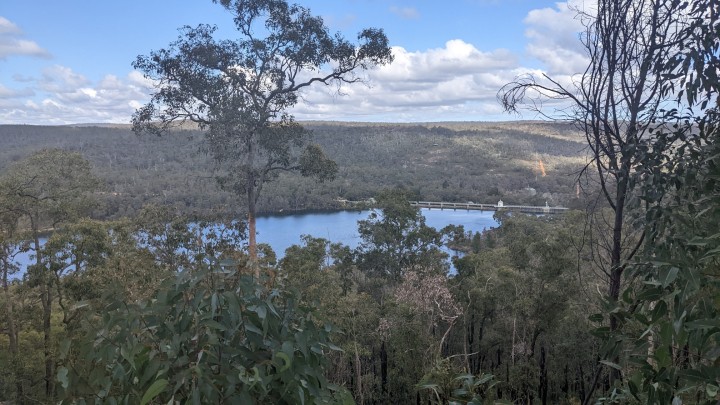 I came into the Perth Hills Discovery Centre, and there were people and birds everywhere. This bird was especially loud! 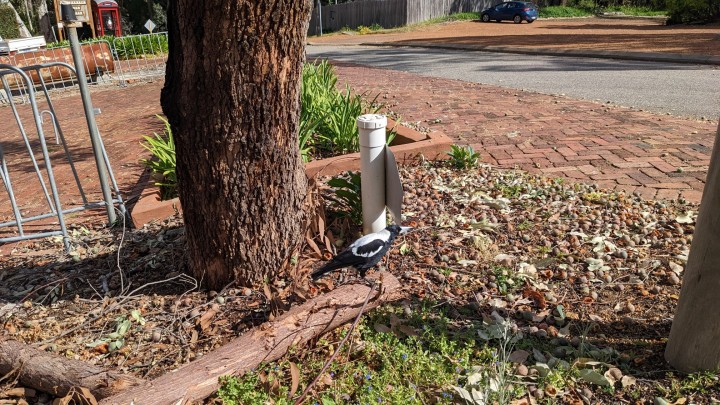 The Discovery Centre is some kind of park, and the trail went right thru the porch of one of the historic buildings. 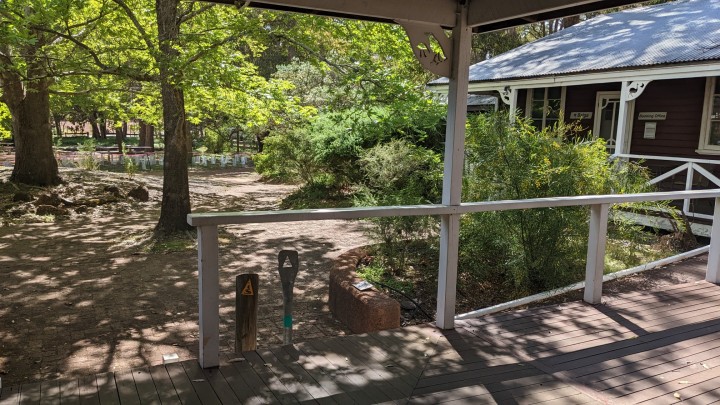 Apparently this place provides educational programs on the local wildlife. 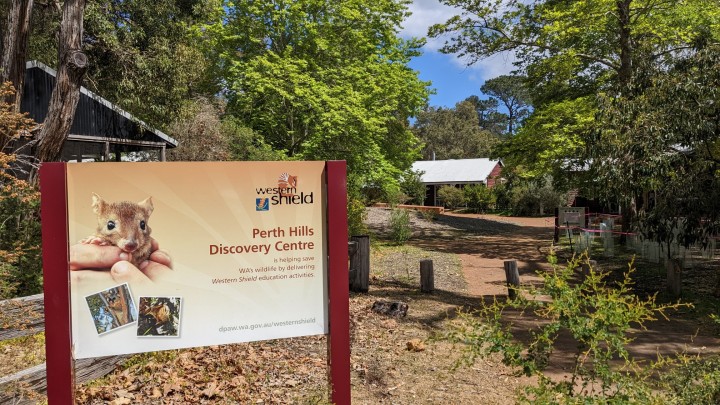 I like when they acknowledge the traditional owners of the land, in this case the Whadjuk Noongar people. 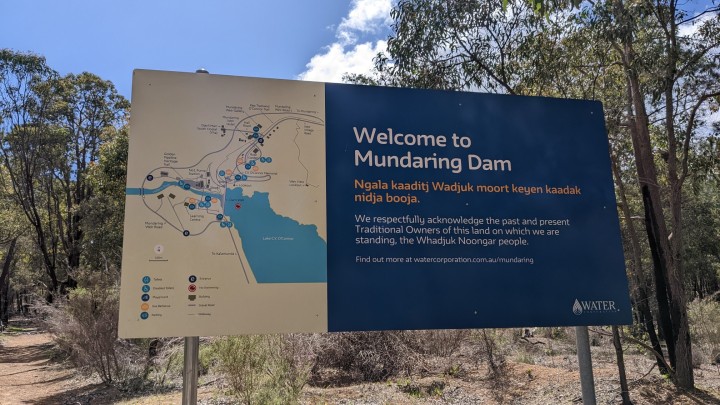 After leaving the busy-ness of the park, I had some solitude amongst these tall trees. 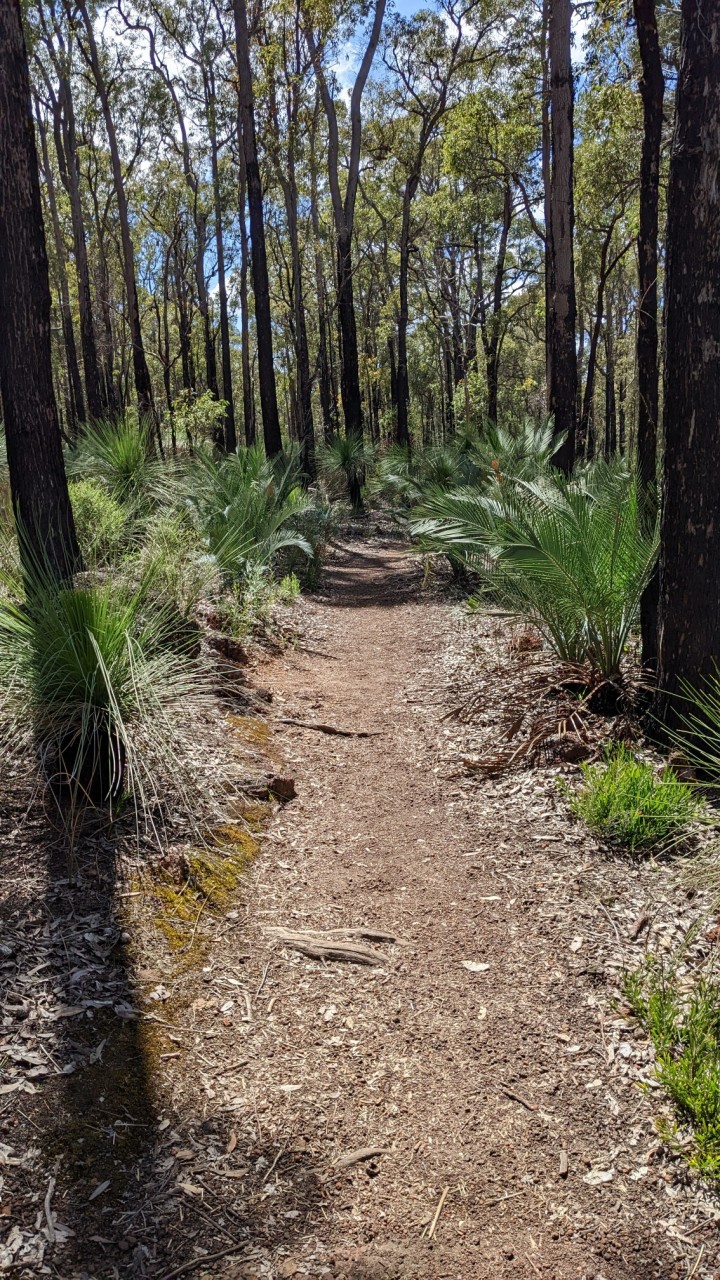 The first campsite shelter I passed was called the Ball Creek Campsite. Like the Larapinta, these have long-drop toilets, picnic tables, a water tank, and a sheltered area for sleeping. 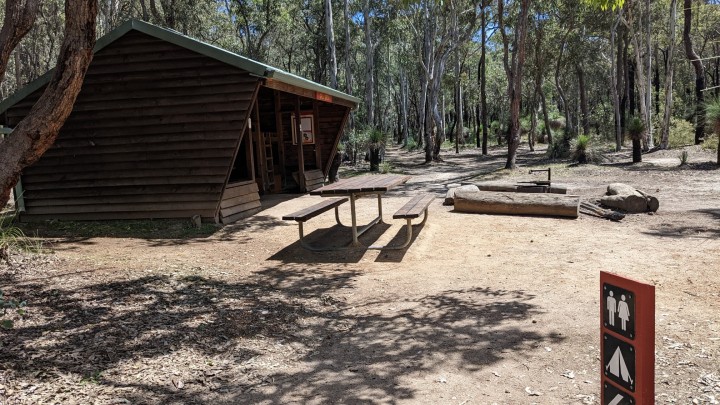 The wildflowers here are in prime season, I have good timing! 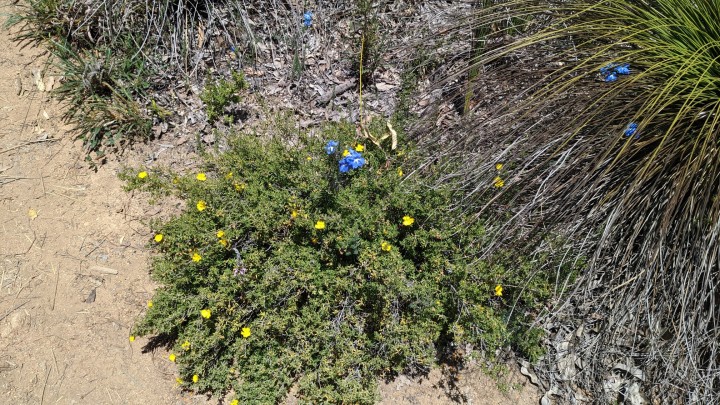 The trail continued down a hill, and up another one, and I was mostly walking in these rocky outcrops. It kinda reminded me of a fells. 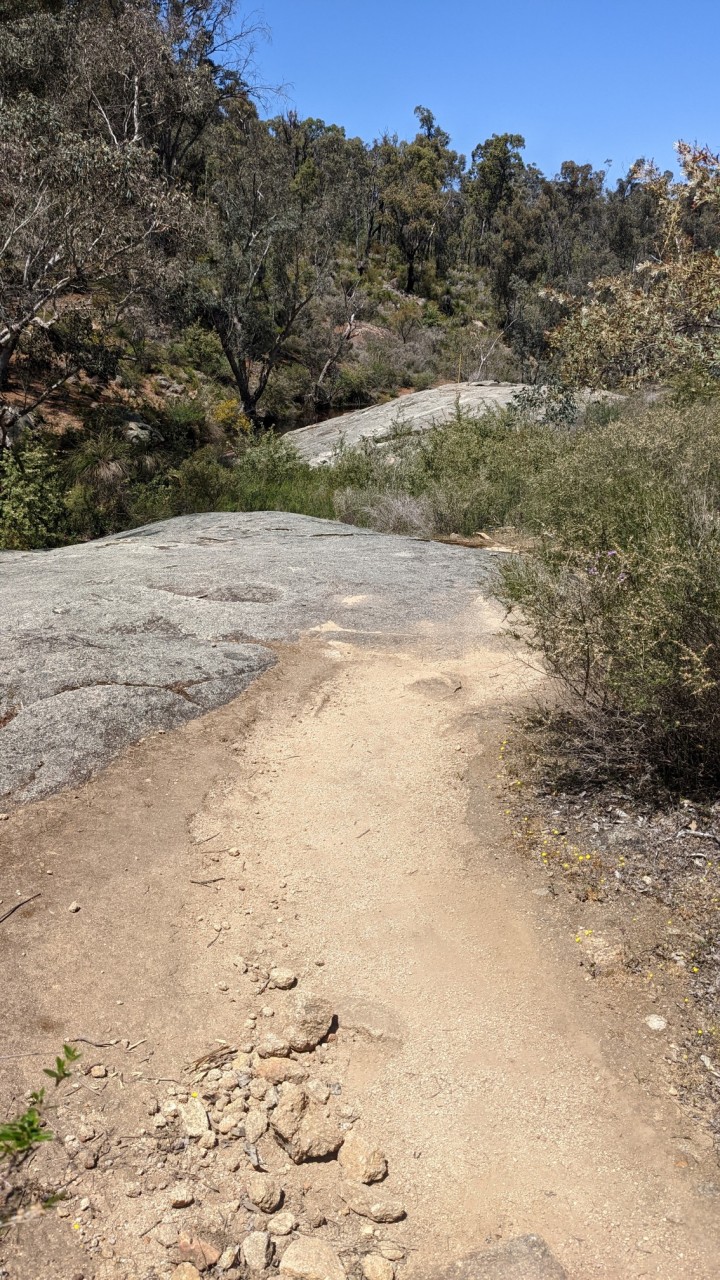 After descending and re-climbing another hill, I had a shock when I almost stepped on this guy. At first my brain thought “snake!”, but then I saw he had no long body. It’s a bob-tail lizard! 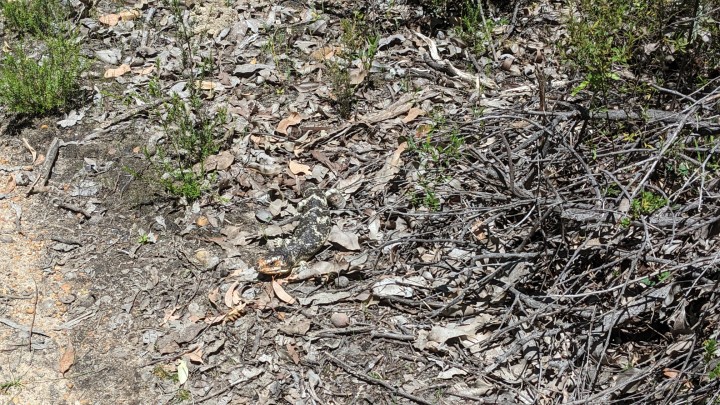 Even with the rollercoaster of climbs and descents, the trail was an easy and lovely walk. These purple wildflowers were everywhere, I’ll have to lookup their name 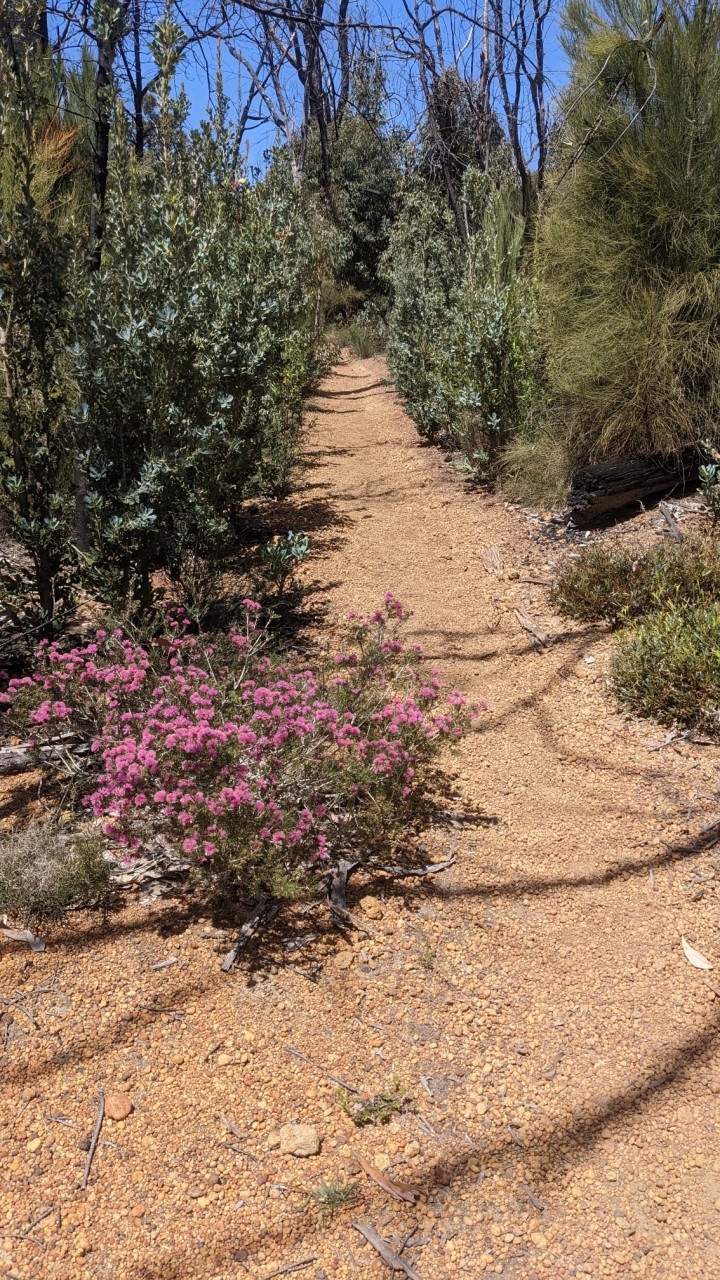 Sometimes the trail followed an old disused road, which made for nice relaxed walking. The gravel underfoot was a bit slippery, like ball bearings, so it kept me alert! 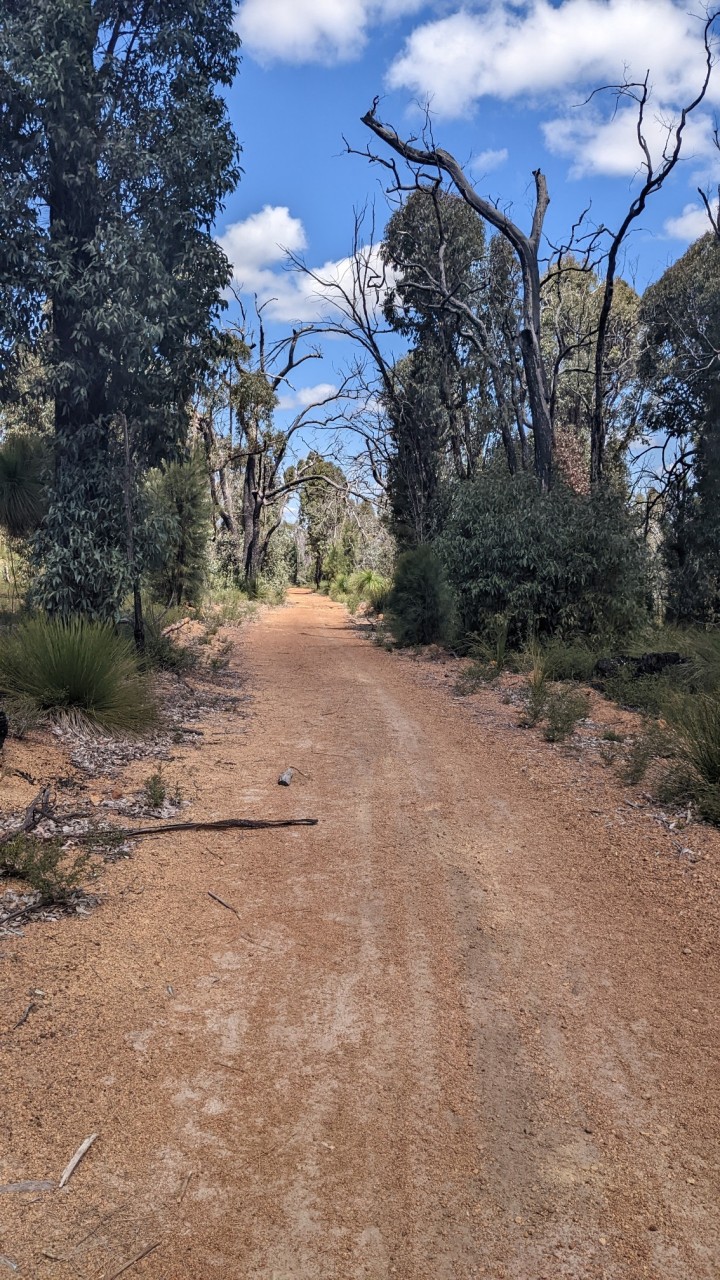 The next campsite was called Helena campsite, and I stopped there for lunch and chatted with a nice couple from Perth who are hiking this trail in sections. They told me how nice the toilet was (it was rebuilt in 2019 after a bushfire) and I just had to see for myself. 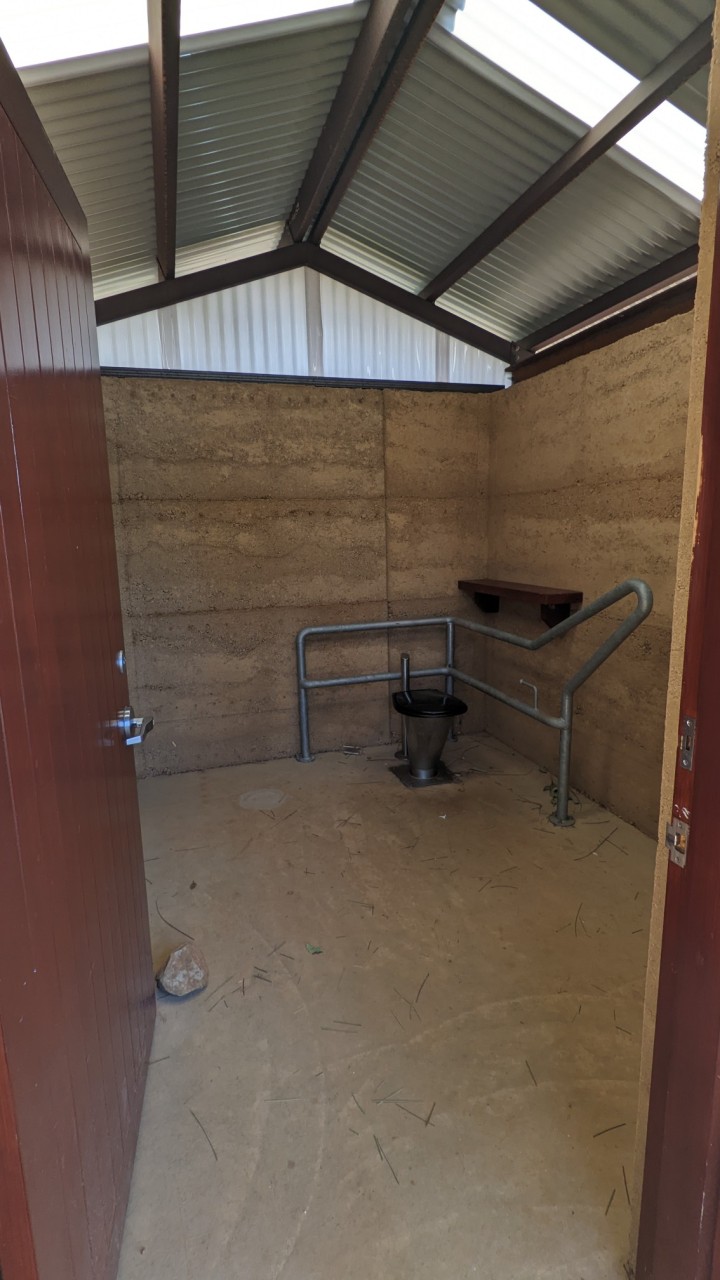 At 2pm I hiked on, and almost immediately I saw another bobtail lizard. They don’t really move out of the way, so I had to walk around. 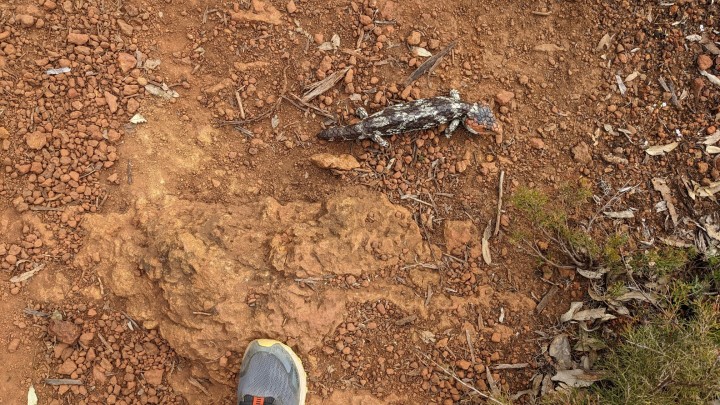 I think these tall white trees are called Wandoo trees. They are cool! And they smell nice too. 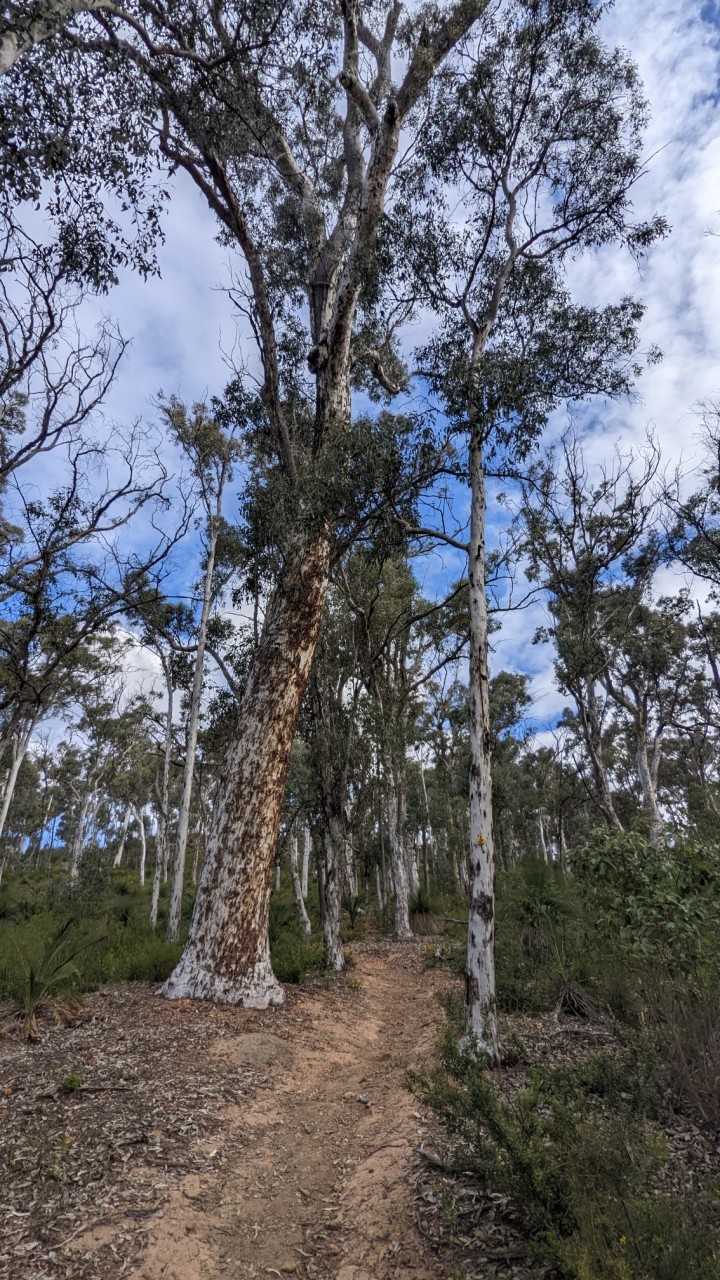 I walked uphill to a ridge, and there was a whole forest of them! 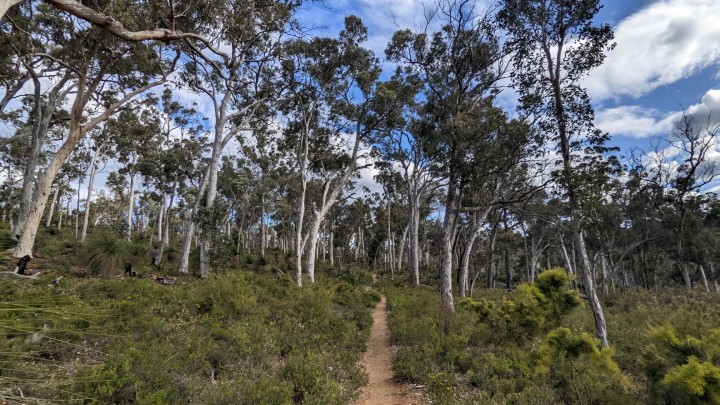 The ridgewalk was a nice break from the constant uphill/downhill cycle of the afternoon. Plus I had great views back to the north and west. 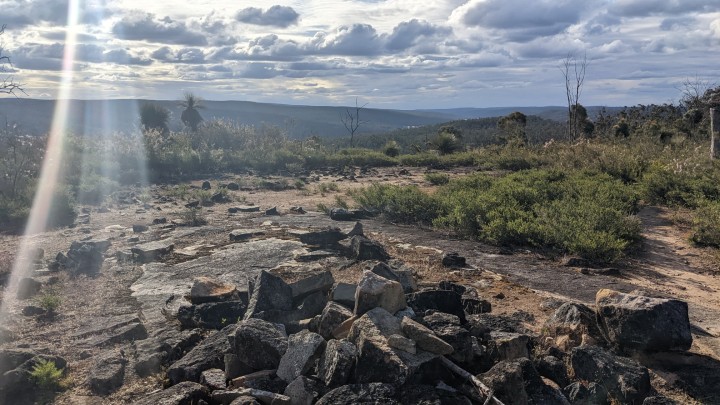 The final hour to my planned camper was on another old road, which was perfectly nice easy walking at the end of a tiring day. 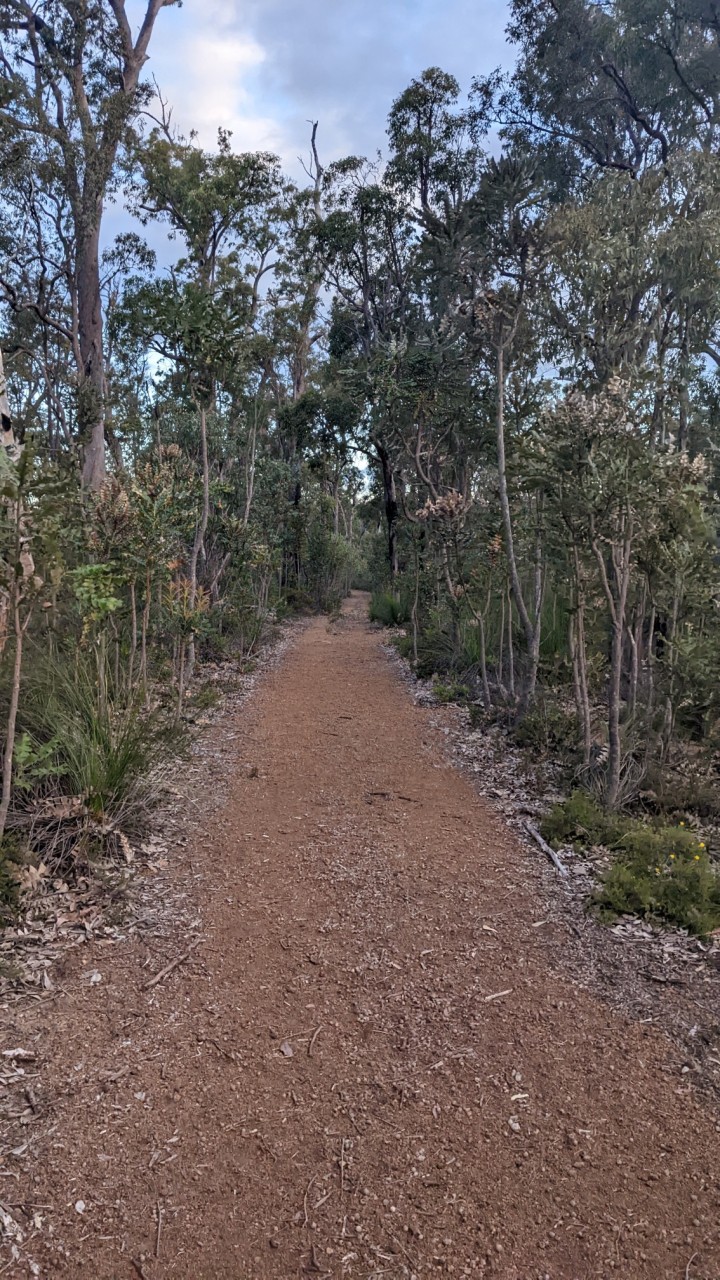 I arrived at the Beraking campsite at 6:30pm, to find one other guy there. I made dinner as Greg told me about his hike, and then we discussed tomorrow’s section of trail as I shoveled mac-n-cheese into my mouth. We are both walking southbound, though he is going at a slightly slower pace than me, so I might not see him again.

I setup my sleeping bag in the shelter (which I hardly ever sleep in shelters), and heard a light rain starting to fall. Good timing! Hopefully tomorrow is dry.