Expecting a puzzle of slabs and cliffs, I started early at 7am. The sun was already up over the mountains.

The terrain was very complex, and I had to constantly keep checking my guidebook and compass to make sure I wasn’t heading for a dead-end.

After 45 minutes, I made it down the first 400feet of elevation, and I could see my objective in the distance, the Twin Lakes.

The next part of the descent was a little more obvious, which was a grassy ledge traverse. 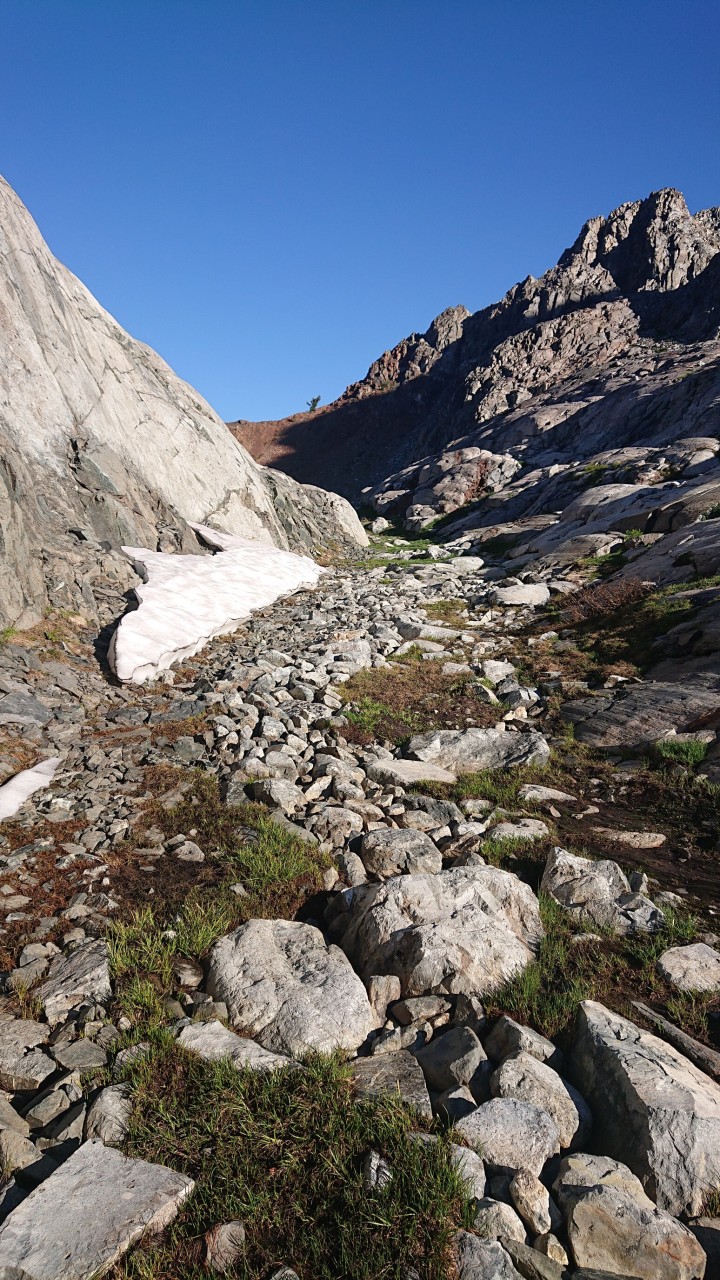 This connected to a grassy gully, the difficulty being choosing the correct gully.
There was some scouting and trial-and-error involved there.

Finally, I arrived at the promised grove of trees, and had a nice break and 2nd breakfast. It was 8:30am and I had covered a mile.

After the break, I went to the cliff edge to scout the upcoming terrain. Good views!

The next mile to Lower Twin Lake proved to be simpler navigation, and I made it over there by 10am. 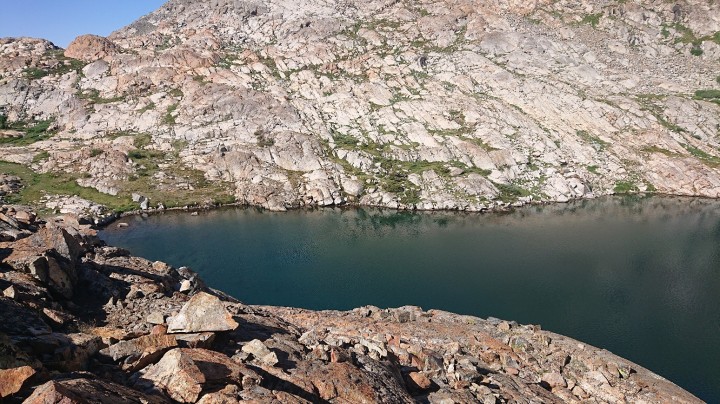 It wasn’t too deep.

After the crossing, I had a good view back to the terrain that I had descended this morning. It looked so improbable.

I hiked on up to Upper Twin Lake, which had a cool tiny island. The trees looked like bonsai trees. 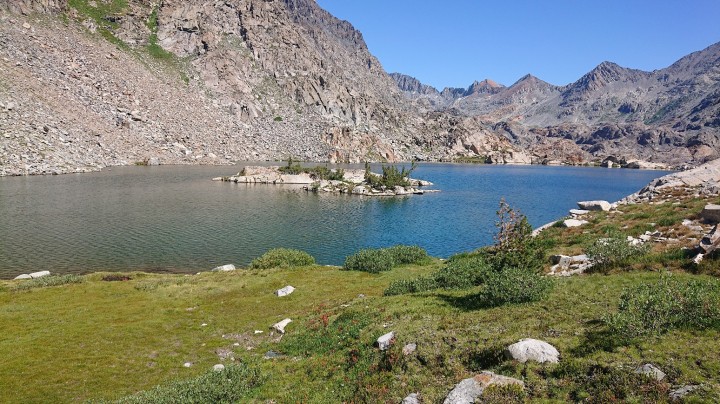 As I traversed around a ridge, paying close attention to the navigation, I noticed some of the rocks had little fossils in them!

The next objective was to descend to Bench Canyon. I stopped for lunch first, in case there were mosquitoes down in the lush valley.

The descent was fun, it was mostly on grass and easy smooth slabs.

Walking thru Bench Canyon was quite nice, it was very verdant, and no bugs at all.

It also has nice walking with lots of little rock slab waterfalls.

The walking was easy and straightforward, all the way up to Blue Lake. 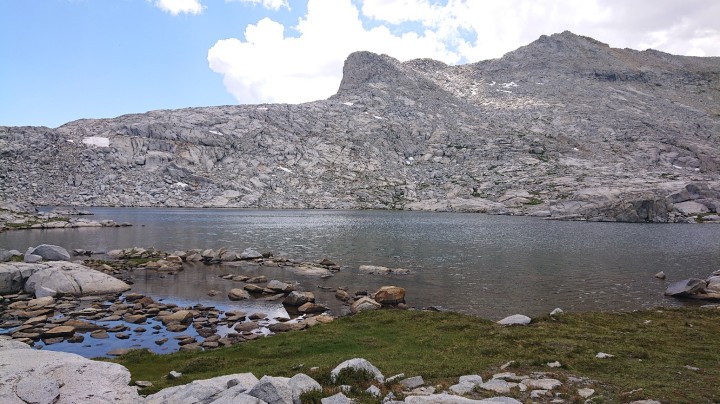 Upper Blue Lake was less windy, so I decided to go for a swim. 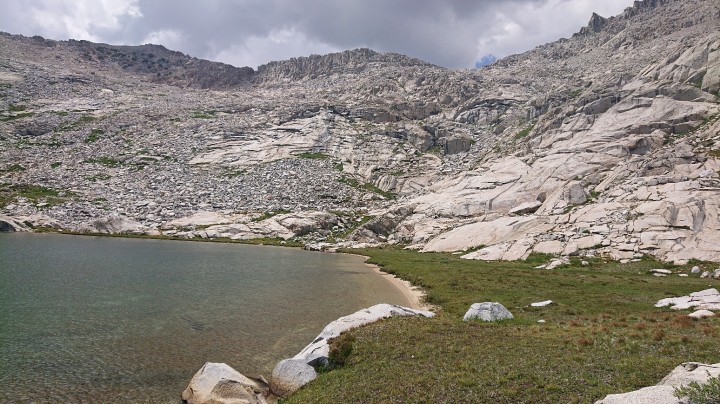 It even had a little sandy beach! 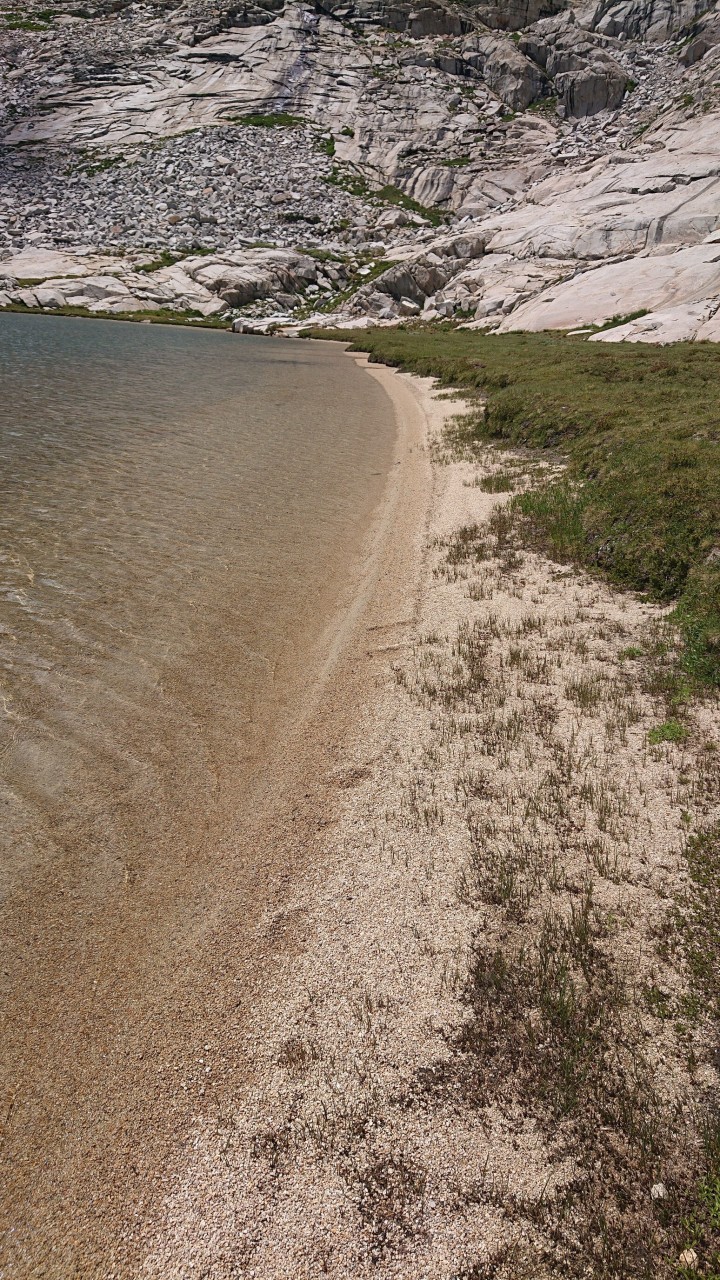 Yes, my feet are much whiter than my legs.

The climb up to Blue Lake pass was simple, and mostly on grassy ramps and some talus. 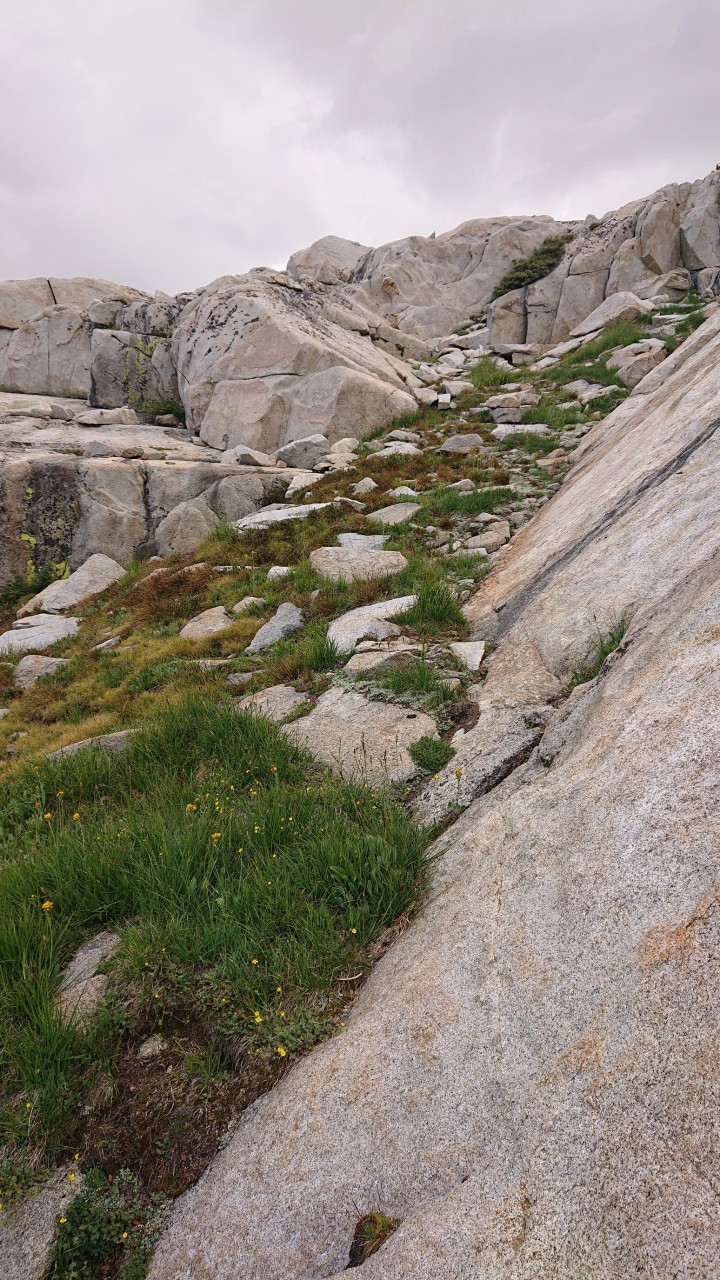 The view behind me, to the Blue Lakes.

And the view ahead, and down into Yosemite National Park! 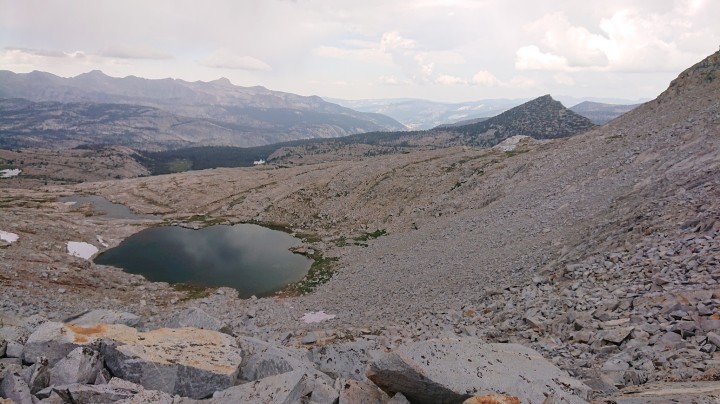 I made it down to that small tarn 30 minutes later, and the usual monsoonal weather pattern was happening. 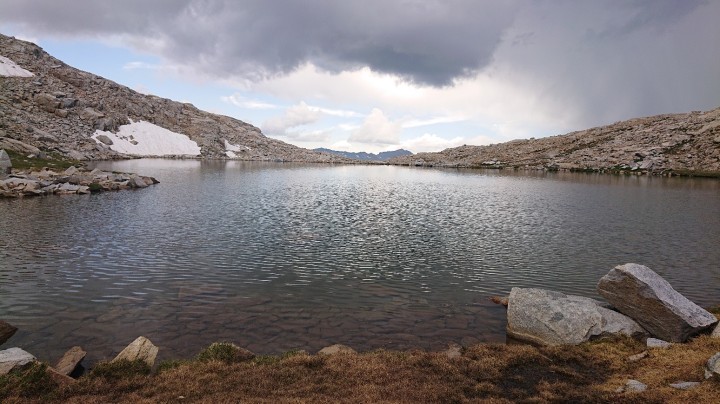 I had flat walking for two miles across easy terrain, aiming for a pointy peak (“Peak 11210”).

I made it down into a grove of trees by 4:30pm, and quickly setup my tent before the rain started. The storm raged for an hour, then the blue skies came back!

Tomorrow I should be able to cover much more distance, since most of the day will be on trails, which I’m looking forward to.