I was camped out in the open, so when the sun hit my tent at 6am I was awake, and hiking at 7am. The JMT was nice to walk, I didn’t have to pay attention to navigation. 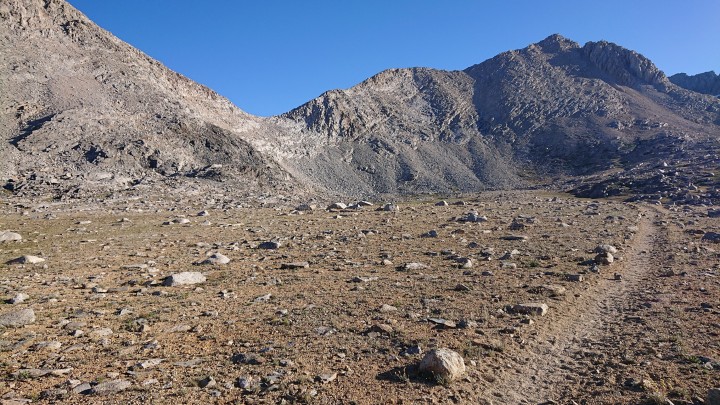 I easily climbed up to Mather Pass (named for the first Park Service guy) on switchbacks, and has good views to the South: 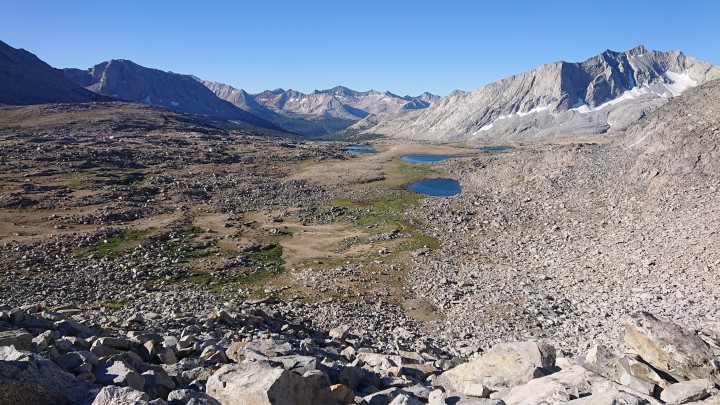 And the the north where I was heading: 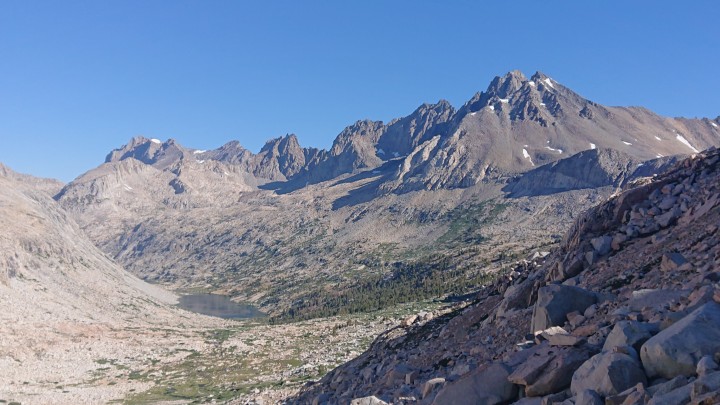 On the descent from the pass, I saw many marmots scurrying about. 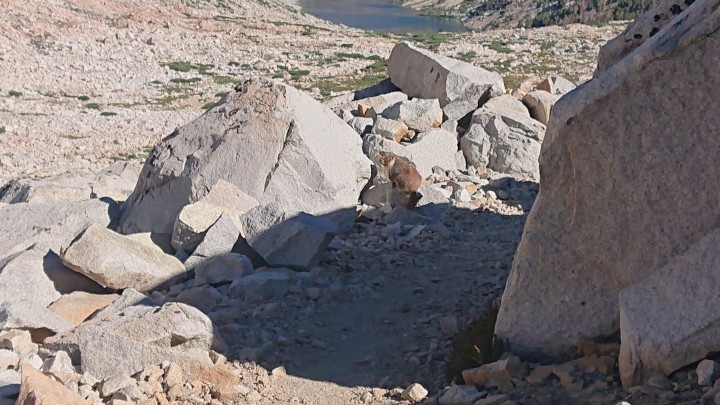 As I got lower, I walked by the Palisade Lakes. They were cold swimming! 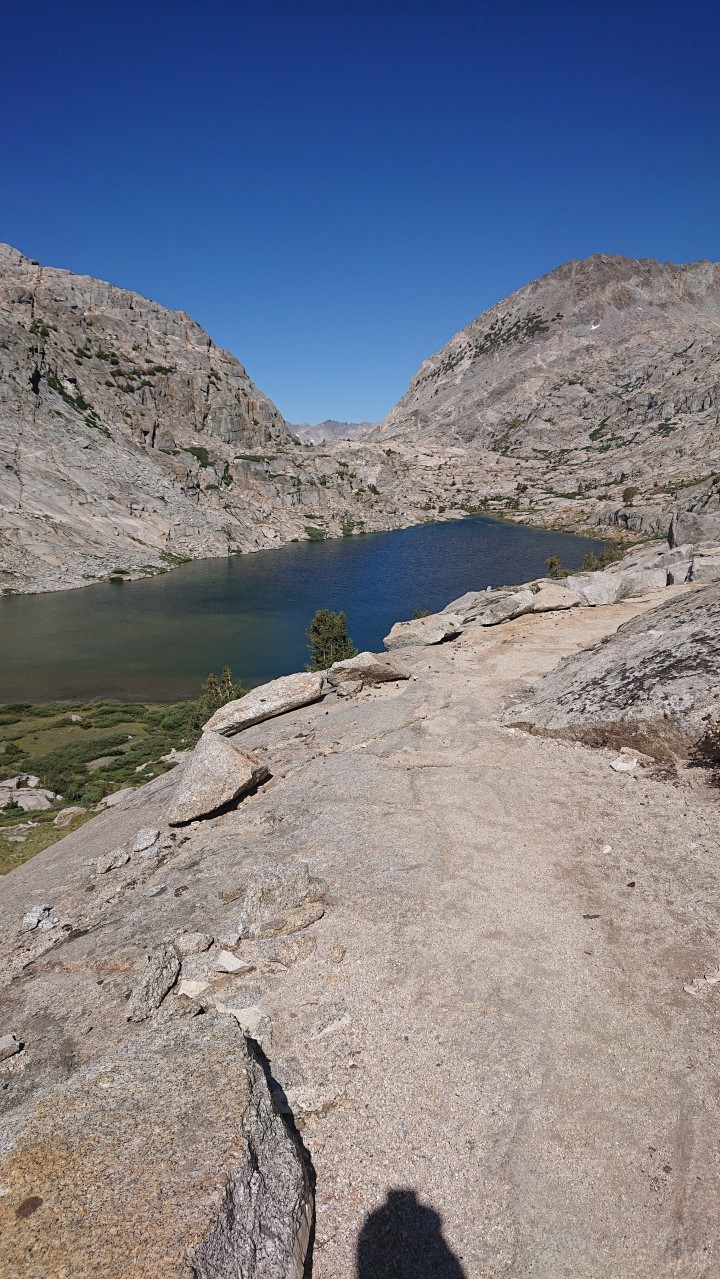 After 6 miles, I left the JMT/PCT and hiked cross-country. This started out with a climb up some easy (but wet) slabs. 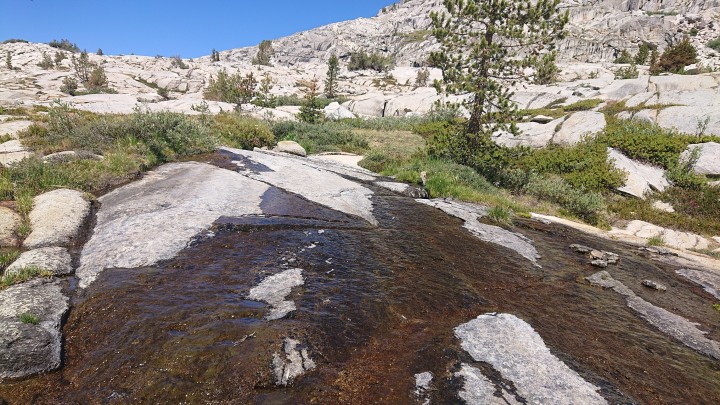 And then, the talus pile of despair. 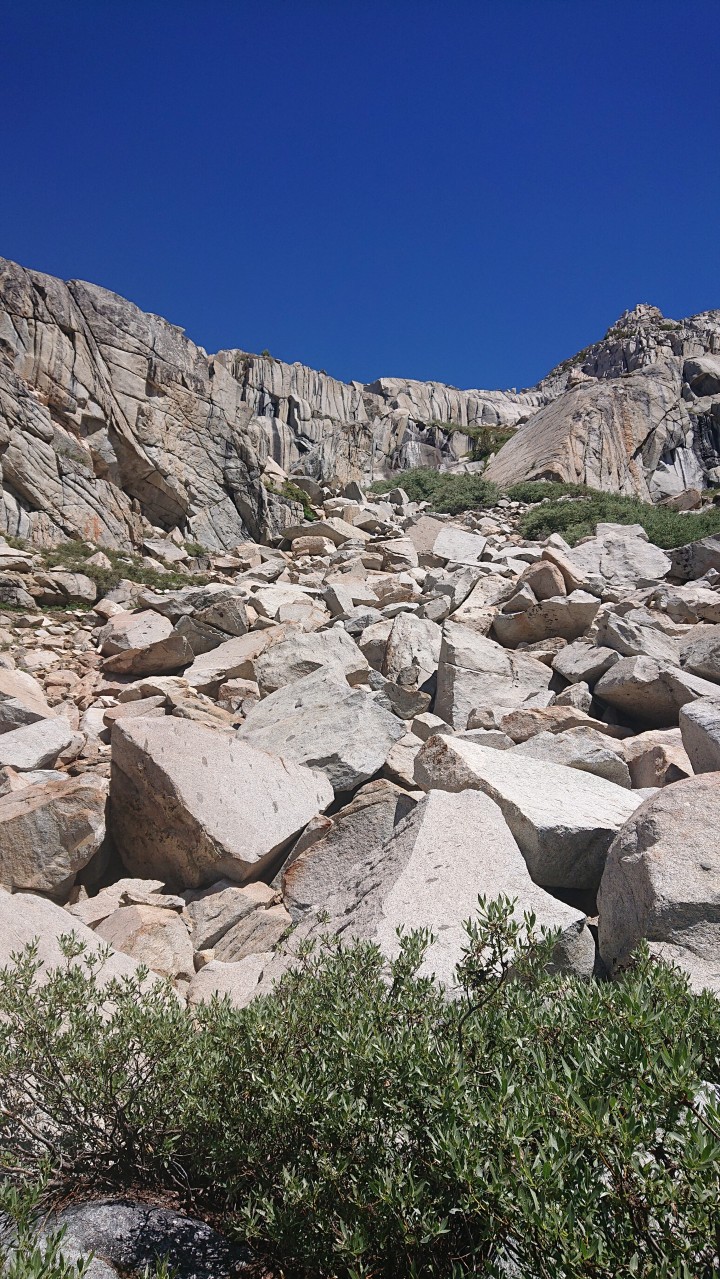 I successfully navigated the talus, and a series of granite ramps that interconnected if you found the connections. It was a fun puzzle. The reward for finishing the puzzle was another small lake! 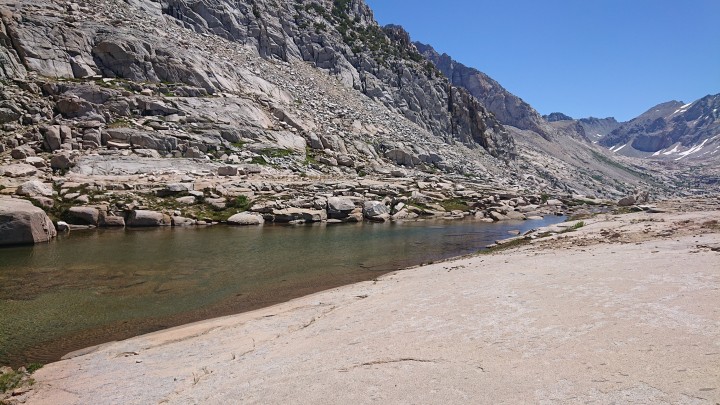 The rest of the journey up to Cirque Pass was easier, with nice little stone ladders. 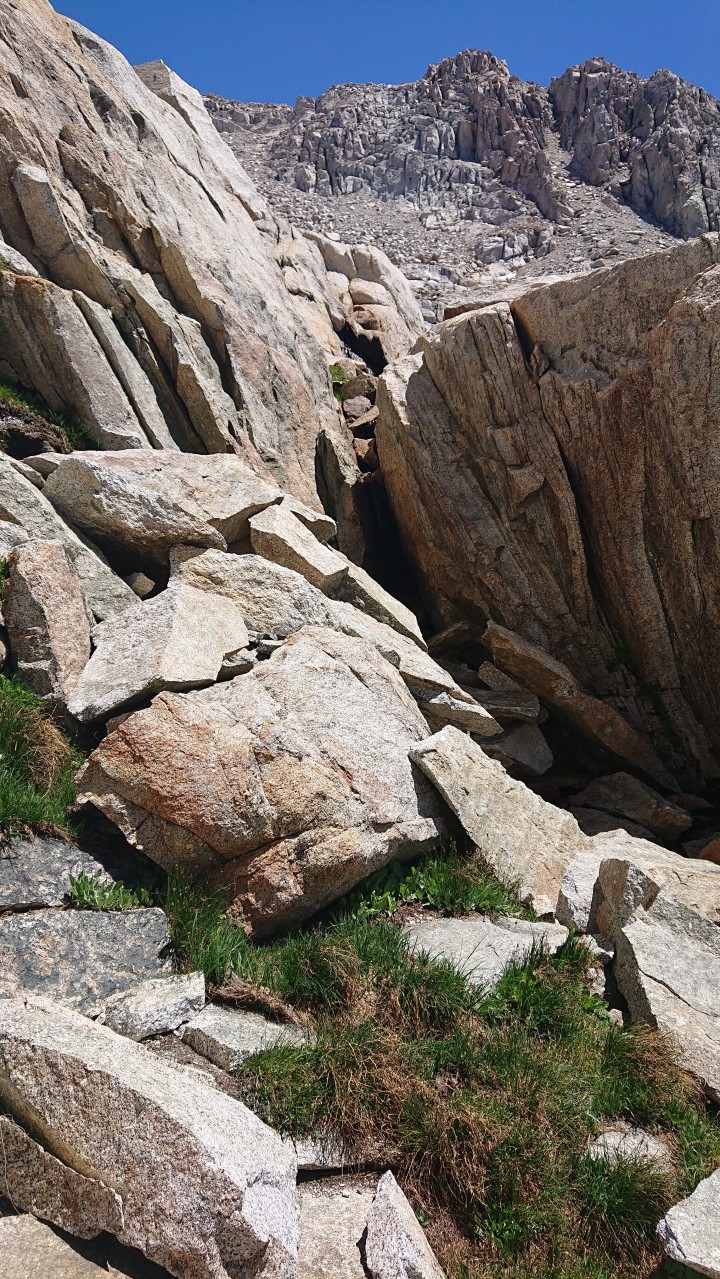 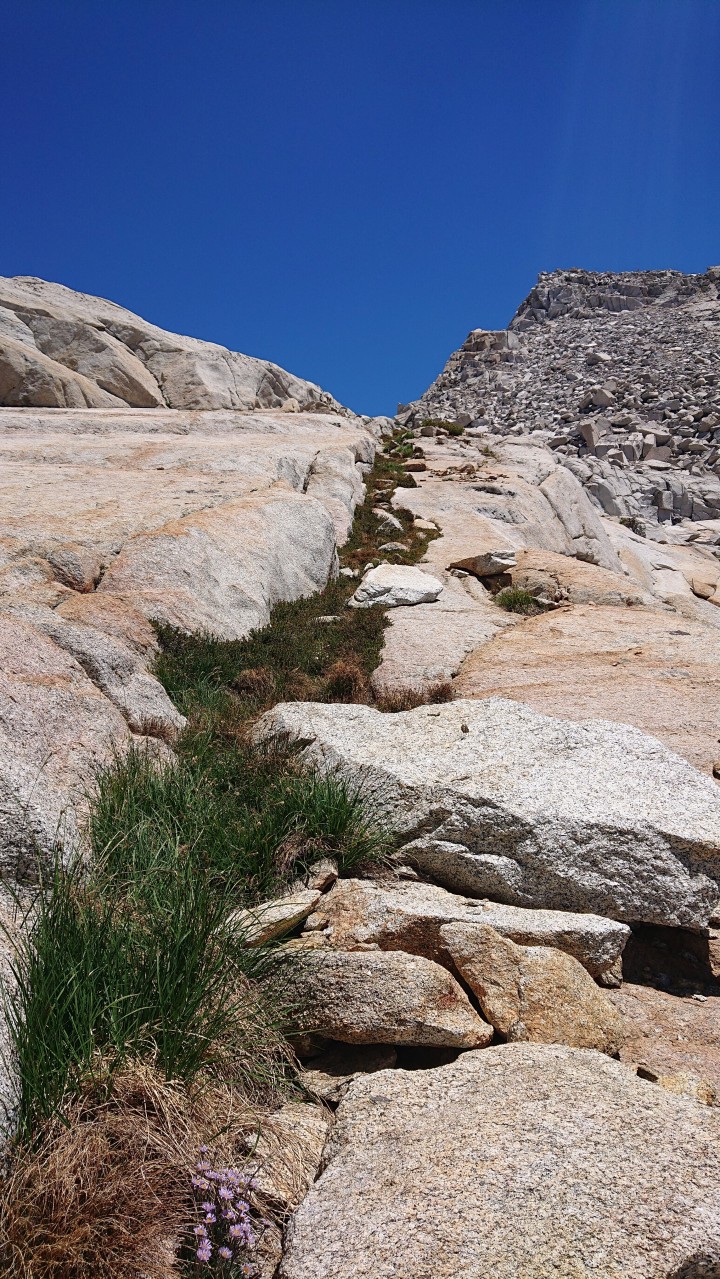 From the top of the pass I could see ahead to Glacier Creek Lake. 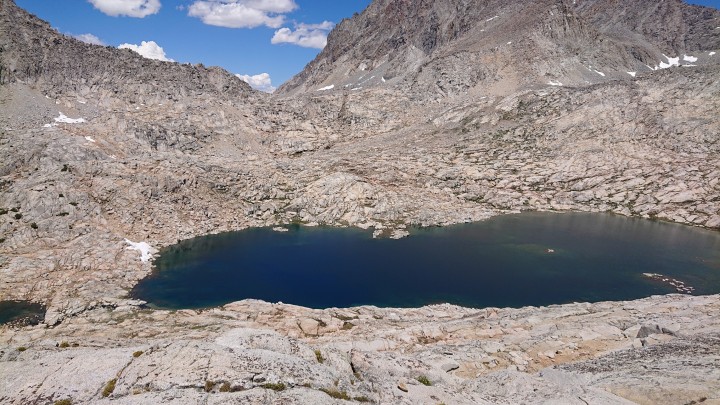 I ate lunch on the pass, enjoying the views and the lack of mosquitos. I easily descended the pass via a series of granite ramps, and arrived at the lake. 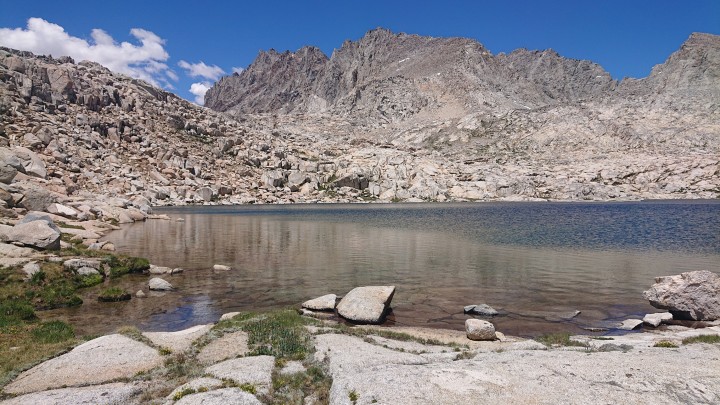 The view looking down the lake Outlet was cool, it just disappeared over the edge. 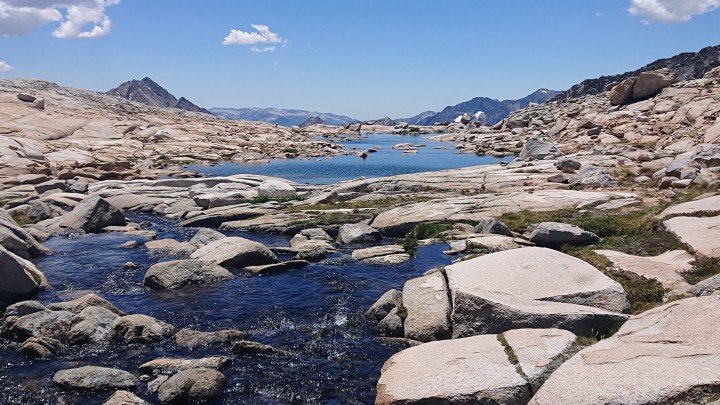 I climbed up to Potluck Pass, which was supposed to be a series of granite ramps to the top. I never found the right ramps, but I did find something that worked, but was more like class 3 scrambling. It was annoying, I left as soon as I made it to the top, I wanted nothing to do with that pass. About halfway down, I remembered to turn around and take a photo.

After I crossed over another saddle, I could see down into the Barrett Lakes Basin. At this point I also noticed that thunderclouds began to form. 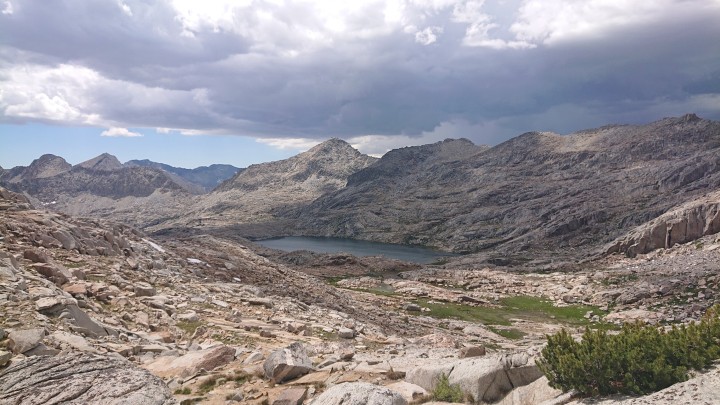 The meadows along the descent were so soft to walk on, and the streams so clear. 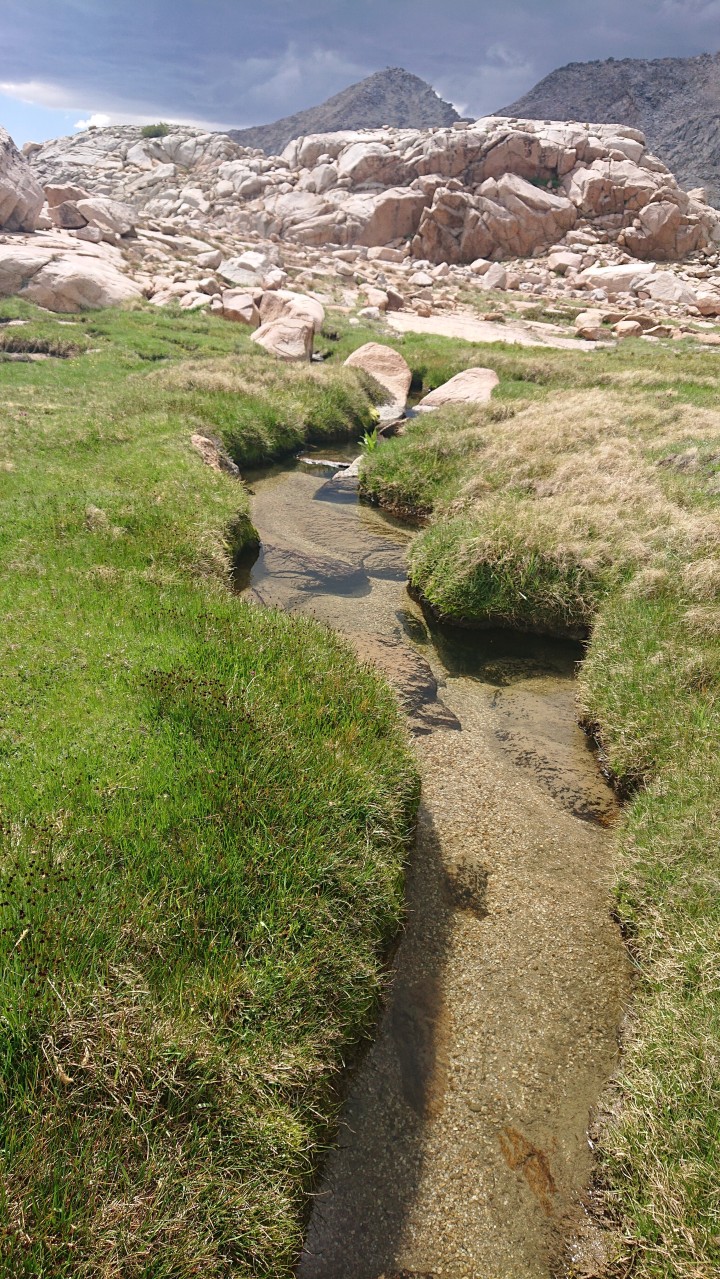 I walked around upper Barrett Lake for a mile, it was nice and breezy and refreshing. 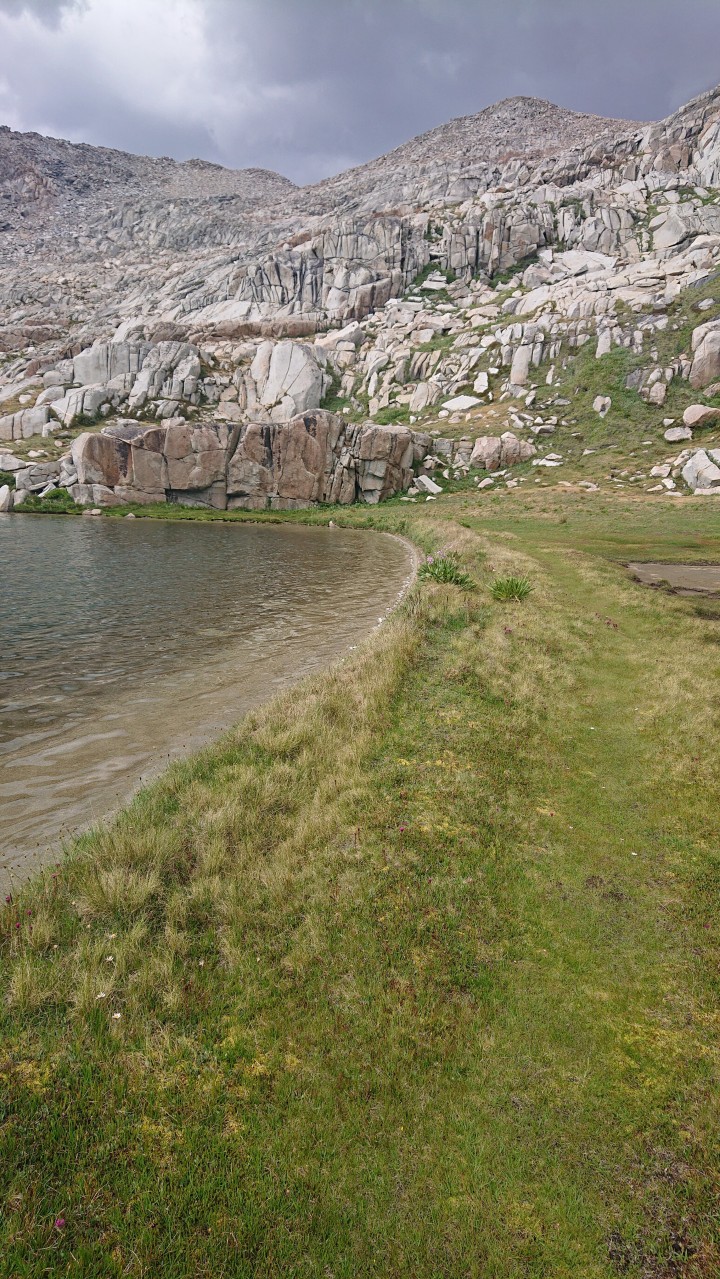 And the shores were surrounded by purple flowers. 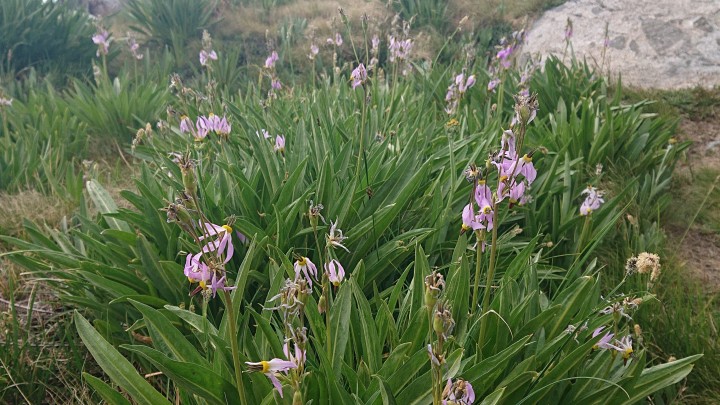 Looking up to the final pass for the day, Knapsack Pass. It was easy. 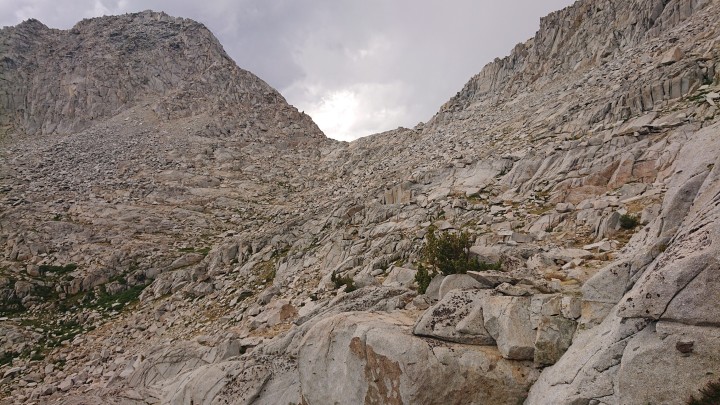 On top of the pass I could see tonight’s camp, in the Dusy Basin Lakes. 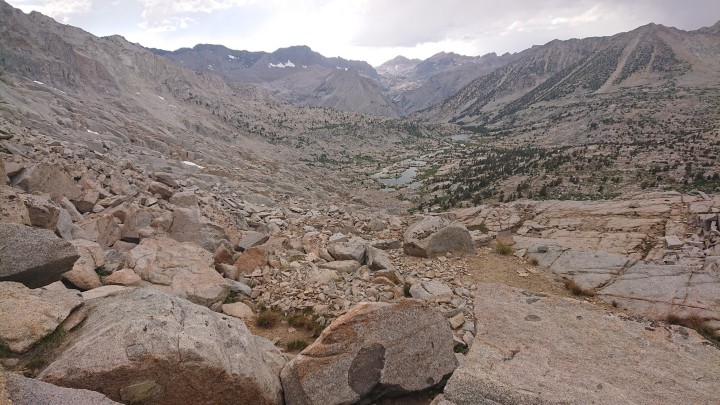 The descent from the pass started with the typical granite ramps, then I followed a stream the rest of the way. It still had some snow in the shaded gully. 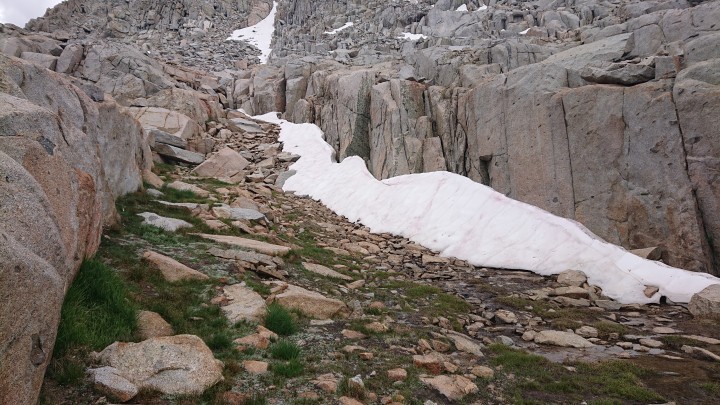 I walked along the lakes for a mile, outpacing most of the mosquitos. I put up my tent at the last lake, where the Bishop Pass trail comes in. 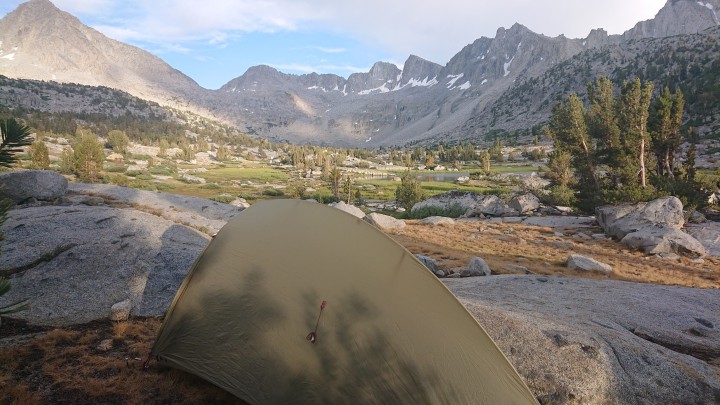 Tomorrow should be an easier day, it’s all on established trails, including the JMT/PCT again!