I got an early start, excited for town food! The trail started off nice and clear.

But what should have been a quick 4 miles downhill took me almost 2 hours. The lower trail was overgrown and crawling with poison oak. Oh, and I came across two lost dogs. 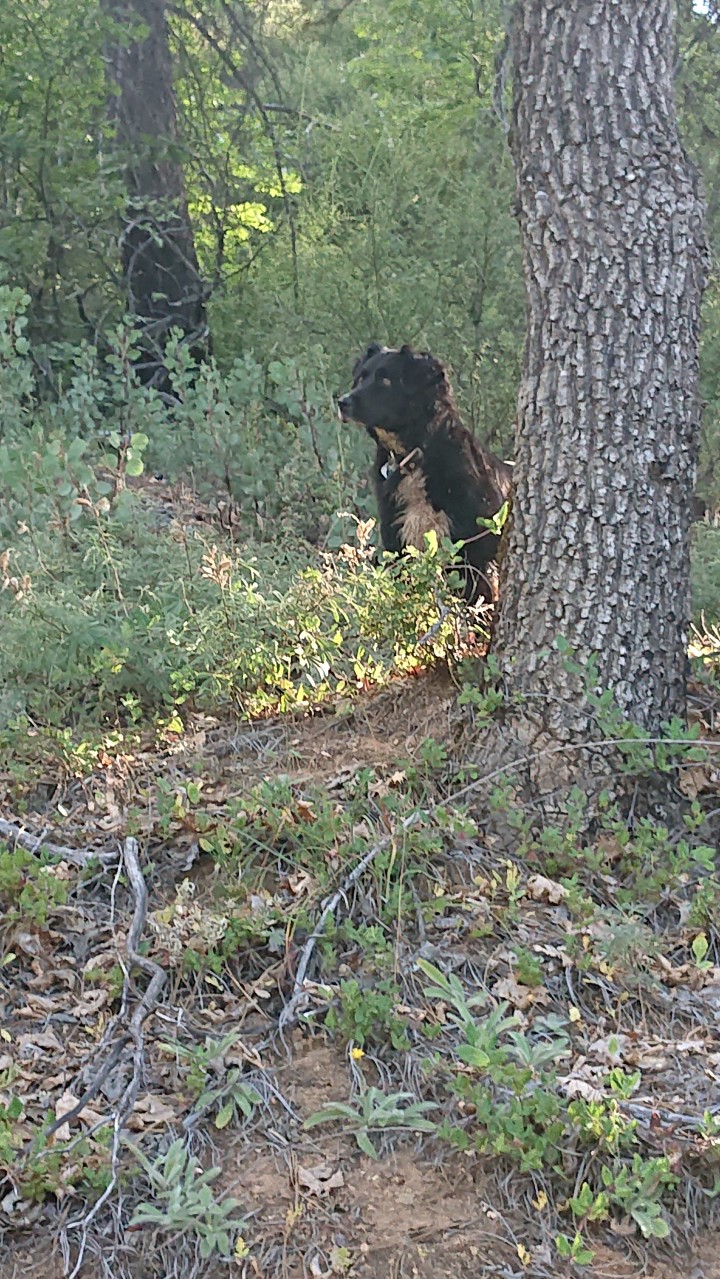 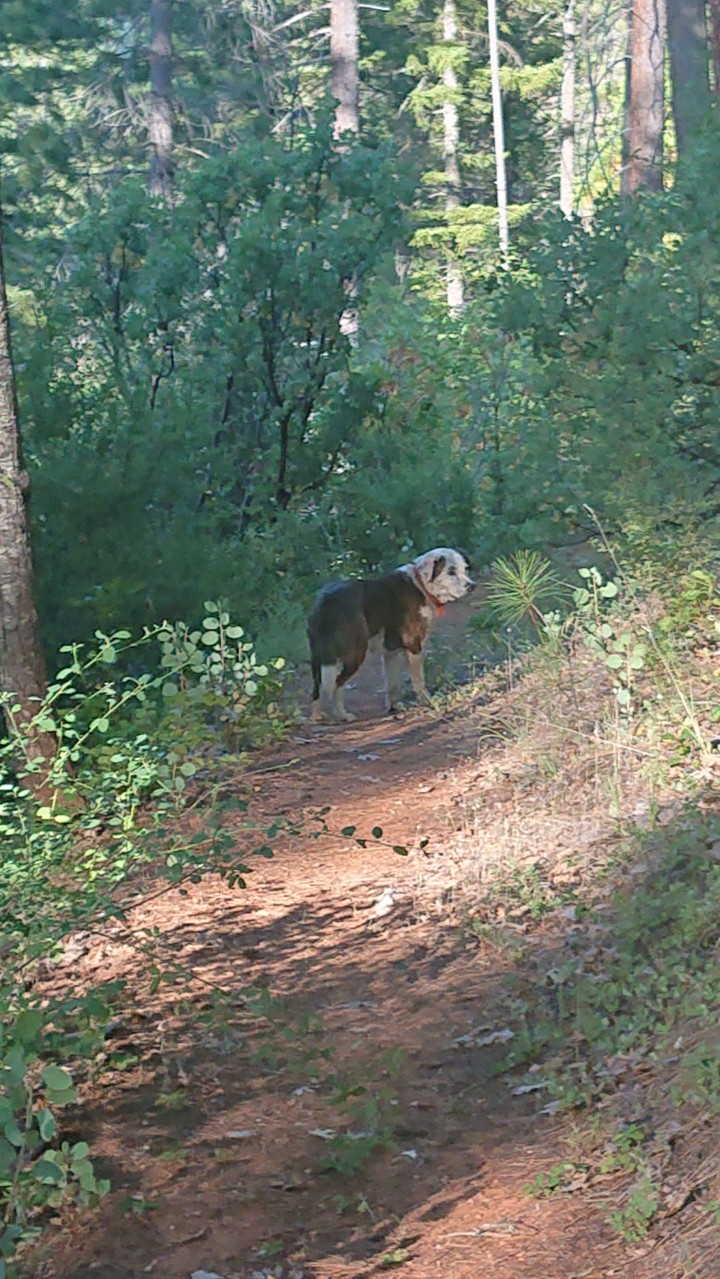 The view of the Klamath River was cool.

Soon after I was at the trailhead, which had a handy map! 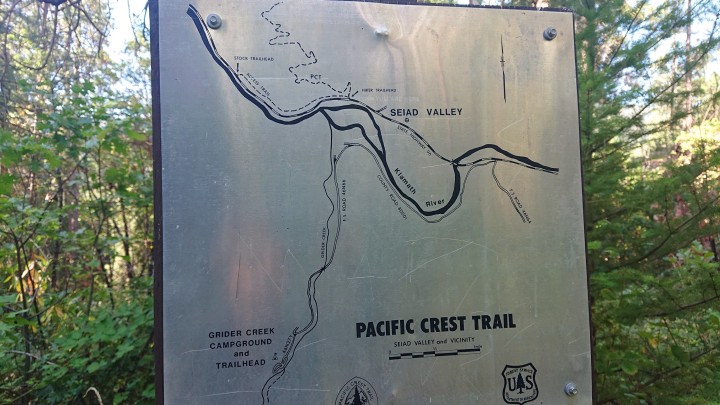 The half mile roadwalk into Seiad Valley was easy, and I walked directly to the only food service establishment in town.

As I was finishing breakfast, I noticed a woman setting up what appeared to be cooking equipment. I offered help to setup, and learned it was a BBQ food truck! 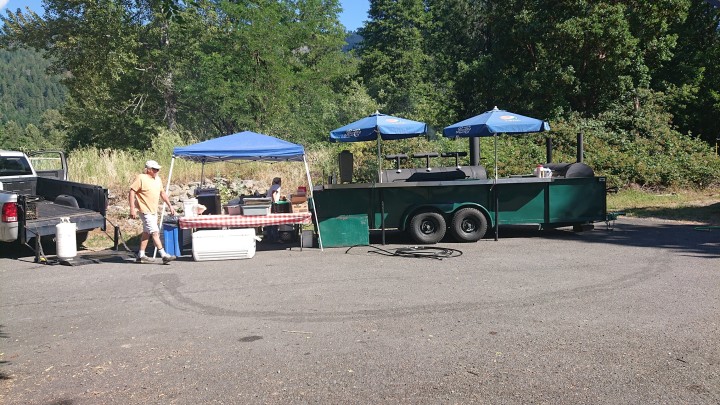 She is only in town Monday thru Wednesday, what luck! I went next door to the RV park to get a shower and laundry, it felt good to be clean again!

The post office opened at noon, and I grabbed my food box. 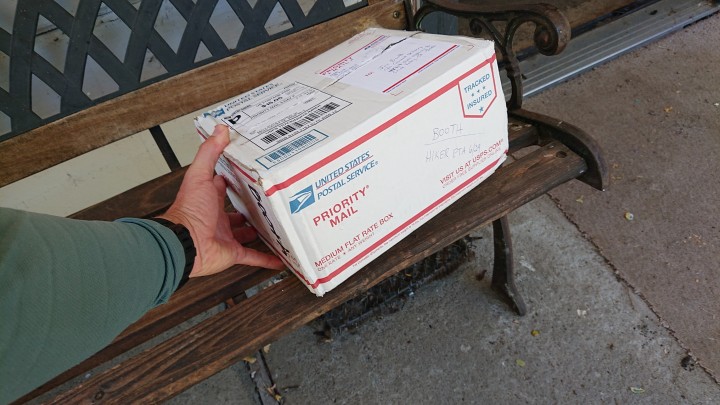 I supplemented it with some more calories from the attached general store. Yum 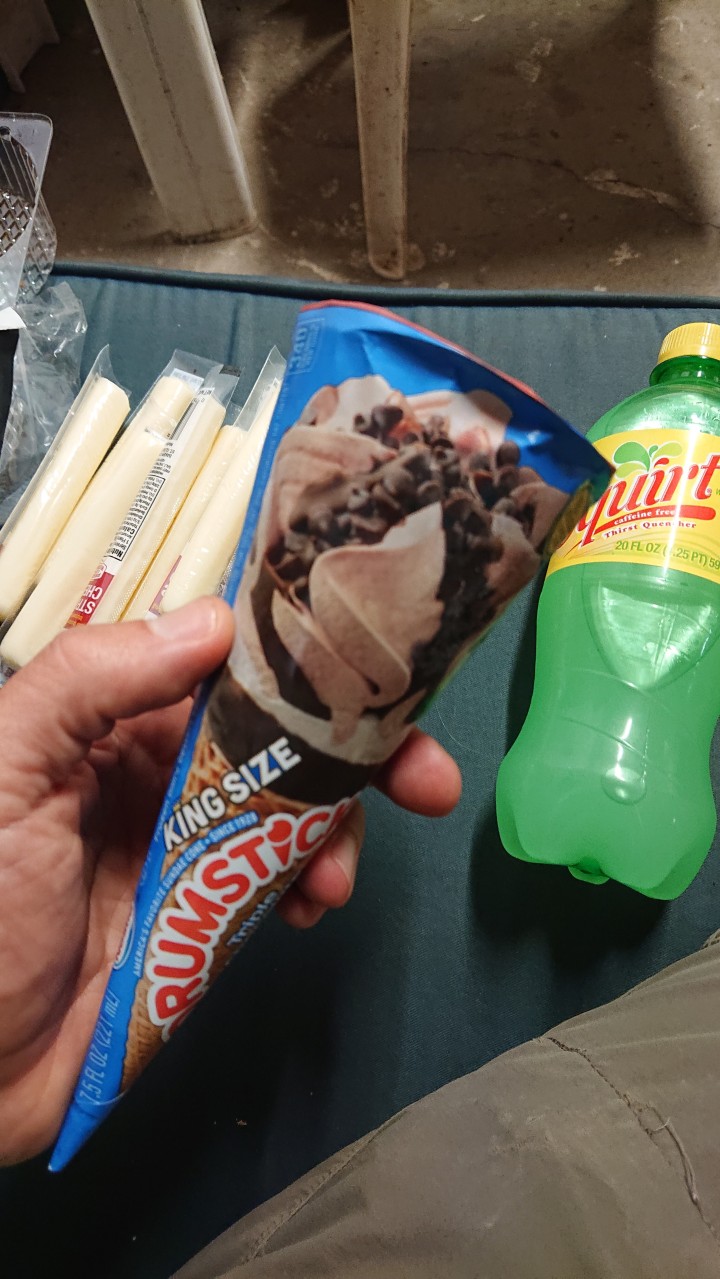 As I was packing up to leave, I met two PCT nobo thru-hikers. They are a month early, but they skipped the Sierras. Red was funny to talk to, and Why-Not had some unique clothing choices. They both complained how lonely the trail was this year, and ironically they have been less than a day apart for the last 500 miles, ha!

I walked out of town at 5pm to avoid the heat, it was all roadwalking, half paved and half dirt.

I got excited when I saw signs for cows, but I saw no cows.

I did however, surprise ANOTHER bear. Maybe I’m stealthy? This one ran up a nearby tree.

I arrived to the campground 15 minutes later. 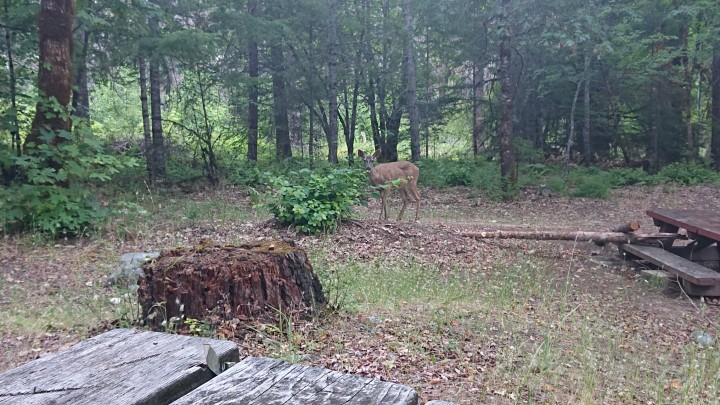 Tomorrow is a big 5000ft climb back up into the mountains!