I slept so well I didn’t even get up until sunlight hit me at 7am. I was hiking by 7:30, and after a mile the trail got much better.

I left the west fork of clear Creek, and turned off onto a trail that followed clear Creek upstream to its headwaters. I had to cross it twice, the water was warm but moving fast!

I met a family hiking on a weekend trip, I was as surprised to see other people as they were!

I chatted with Spider, Rocky, and Slow Lores for awhile, and they mentioned yesterday they met another hiker doing the Bigfoot trail! Crazy, I think there’s probably only a dozen people who do this every year, and I’m only a day behind one of them.

I stopped for lunch an hour later, at the final crossing of Clear Creek.

I went thru Young’s meadow, it was so green! Living in Colorado I forgot about the lush greenery of lowlands.

I hiked up to a saddle, which had a great view north into the Illinois river valley.

I was up on a cool ridge for awhile, which had these trees with huge cones. I bet they hurt when falling.

I dropped down off the ridge, into another valley. The mountains above it were called the Lieutenants. 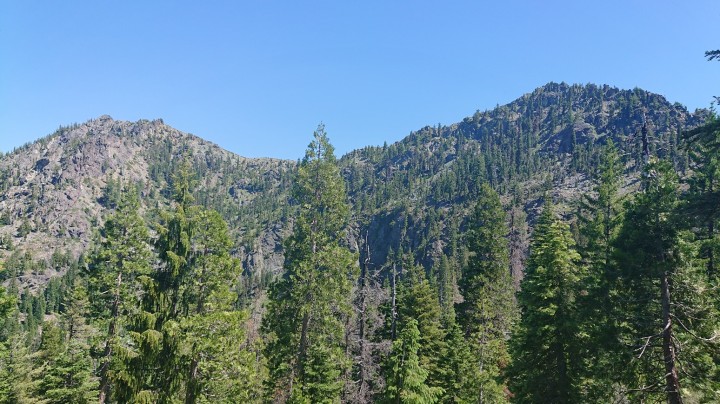 I climbed another ridge, and then dropped steeply into some meadows around Twin Valley Creek.

The classic cairn photo. It’s more fun to navigate with stones than iphones.

The last climb if the day I saw some very old trees, I don’t know their species. 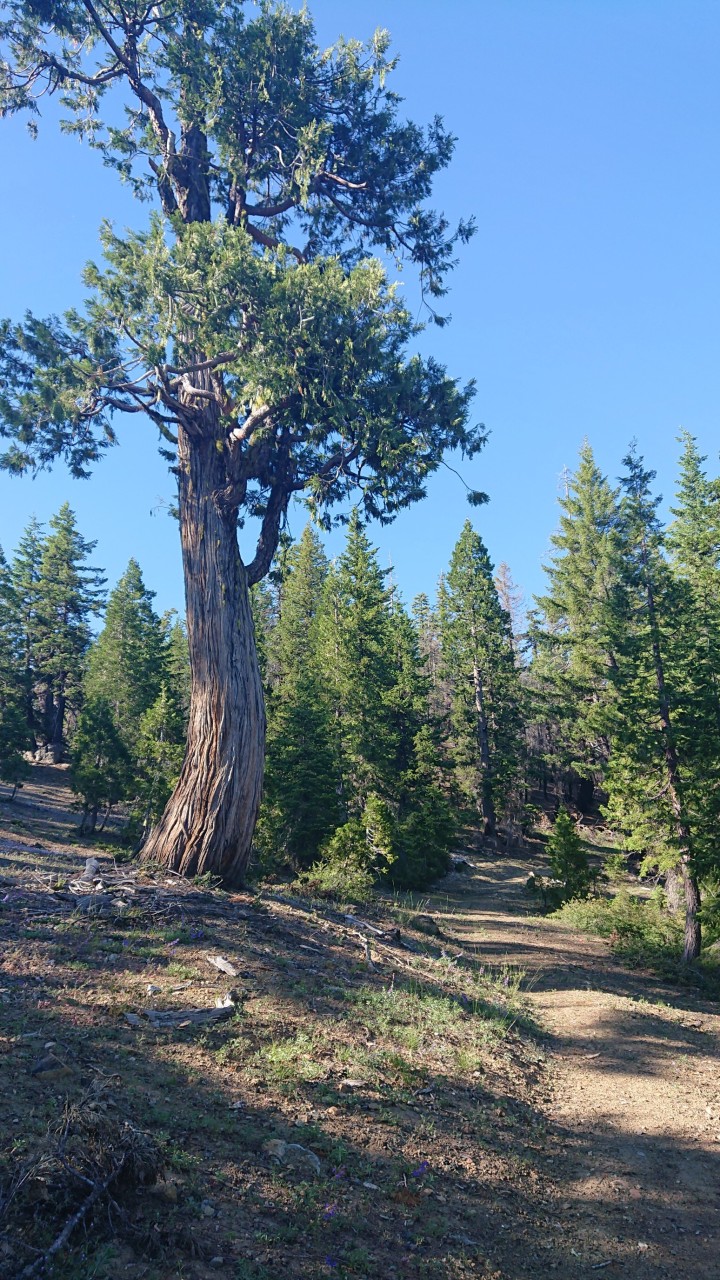 The Bigfoot trail maps/guide has a list of the 32 species of conifers, but no set of photos. For us non-arborists, photos would be very helpful. So far I’ve just been guessing!

I got to camp at 6:30pm, much earlier than yesterday. Probably because today was “only” 5400ft of elevation gain. My feet feel swollen, hopefully sleeping and ibuprofen help.