I slept great in the shelter, and it was easy to pack up in the morning without the tent. The shelters are probably one of the few things I miss about the AT…It was another sunny day, and it warmed up quickly. 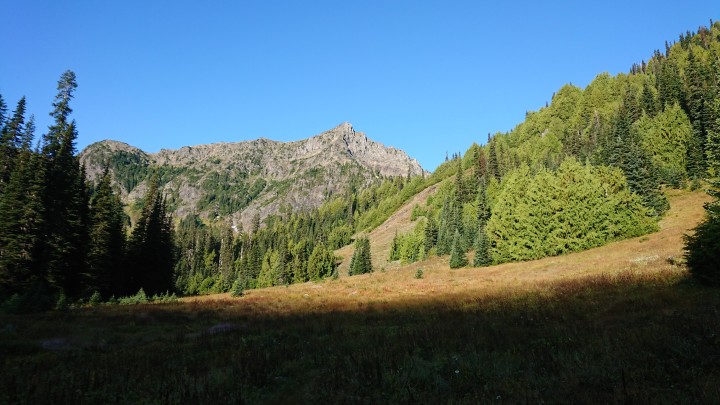 The climb to Hayden Pass was full of switchbacks, so every 5 minutes I would get views in the opposite direction.

The trail coming down the other side travels thru a part of the forest that burned in 2016.

But, there were good views thru the trees now! I assume those are glaciers on the distant mountains, since it’s September.

The trail descended over 4000ft to the Elwha River, crossing many side creeks along the way. Some of the crossings had steep drop-offs.

And then, I was at the bottom, in a really old, dense forest.

I stopped for lunch at a Ranger station cabin, and sat on the porch to eat. Their privy had a funny cartoon, with a bear of course.

I hiked along the Elwha River all afternoon, on fairly flat trail, so it was easy walking.

There was an old cabin from the 1920s, and a cool aspen forest. 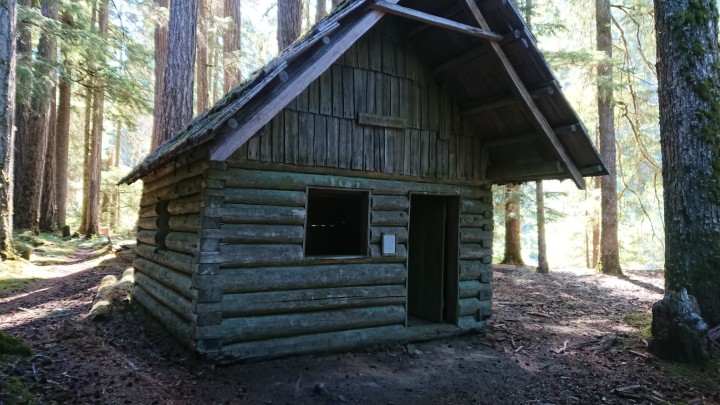 I saw a gate with a poorly worded sign. Horses know how to close gates?!

I crossed paths with Kate and Semi-Sweet again, and we talked trail for a bit before we each continued to our respective campsites (they were going a few miles further). Hopefully I get to see them again before the finish, only 125 miles left!