I accidentally slept in, and I didn’t get out of the motel until 9am..oops. I had some errands at the post office, and the Forest Service office. I checked on fire reports and bear reports – none! The only bear is the grizzly in the lobby:

I walked thru the rest of downtown Eureka, it’s a cozy feeling town.

I saw a diner that specialized in milkshakes, so I had to try it!

After leaving town, the PNT followed a rails to-trails for an hour. It seemed not quite finished, since some of the rails were still there!

Eventually the rail-trail ended, and I was back in a nice open pine forest. I was thankful that it was an overcast day, since traversing this valley is known to be brutal in the heat.

And then, more roadwalk. Like, 7 miles of paved road. Bleh. At least the scenery was nice.

I noticed that most states seem to have these differential speed limits, except back east. It seems like such a good idea, come on atlantic states!

Lake Koocanusa, in the distance:

The lake’s name is a combination of three things – Kootenai, Canada, and USA. It is a man-made lake a half mile wide, and like 60 miles long. 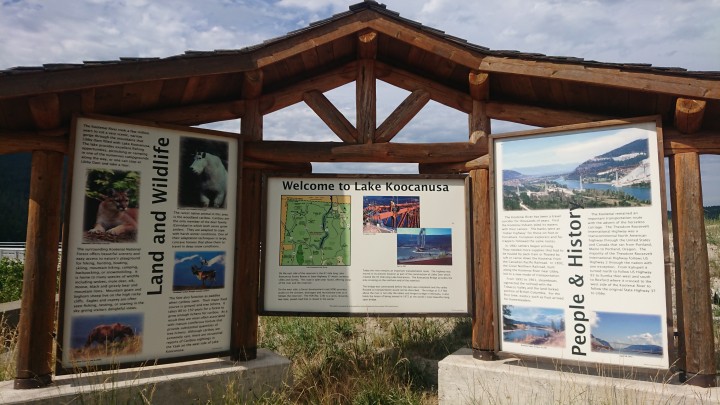 I crossed the bridge over the lake, it is the longest and highest (215ft) bridge in Montana. 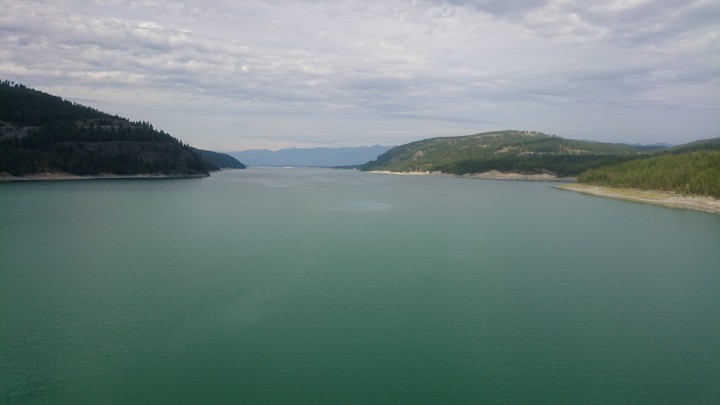 After the bridge, I finally re-entered the forest.

I arrived at the top two hours and 4 miles later, to the summit of Webb mountain. It had a lookout tower!

I went up to check it out, it was unlocked, so I relaxed inside for a bit. Great views! 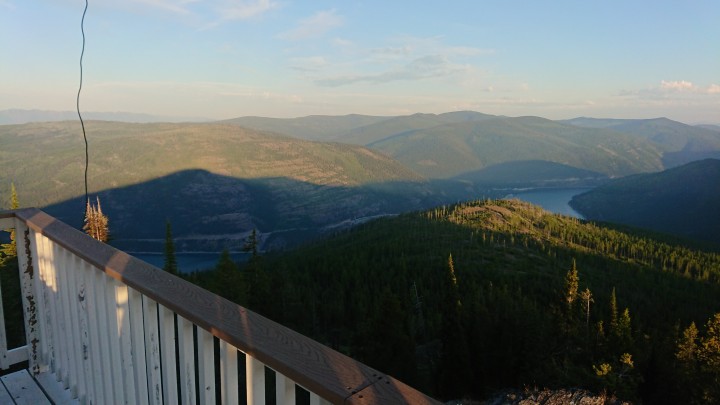 I made dinner and watched the sunset, not a bad finish to the day. 😁