What a great night of sleep! I love my tent, it stays dark and mosquito-free, unlike the shelters. This is the view I had when packing up my tent:

I said goodbye to Claire, and got moving at 6:30am. It was an early start, but the goal was to catch Bob, who presumably camped a little further last night. I covered the 5 miles to the next shelter quickly, and arrived there just after 8am. There were plenty of SOBO hikers still packing up, but none had seen Bob… strange. Maybe he’s behind me, and not ahead like I thought? I continued on, and passed another nice lake, I think it was called West Carry lake. 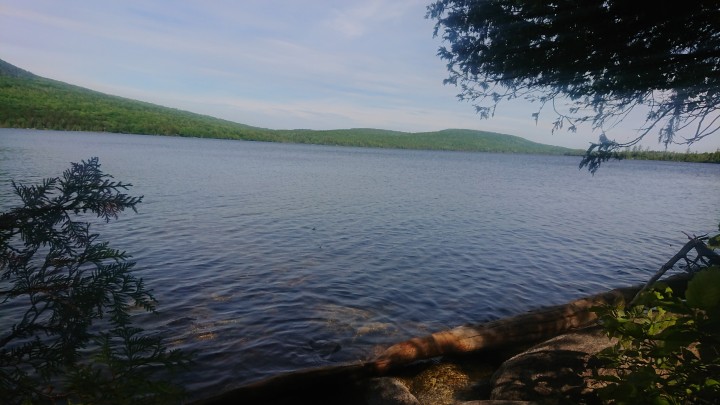 After this lake, the AT followed the historic route of Col. Benedict Arnold’s army.

It was nice easy, flat hiking, and I cruised the morning miles. 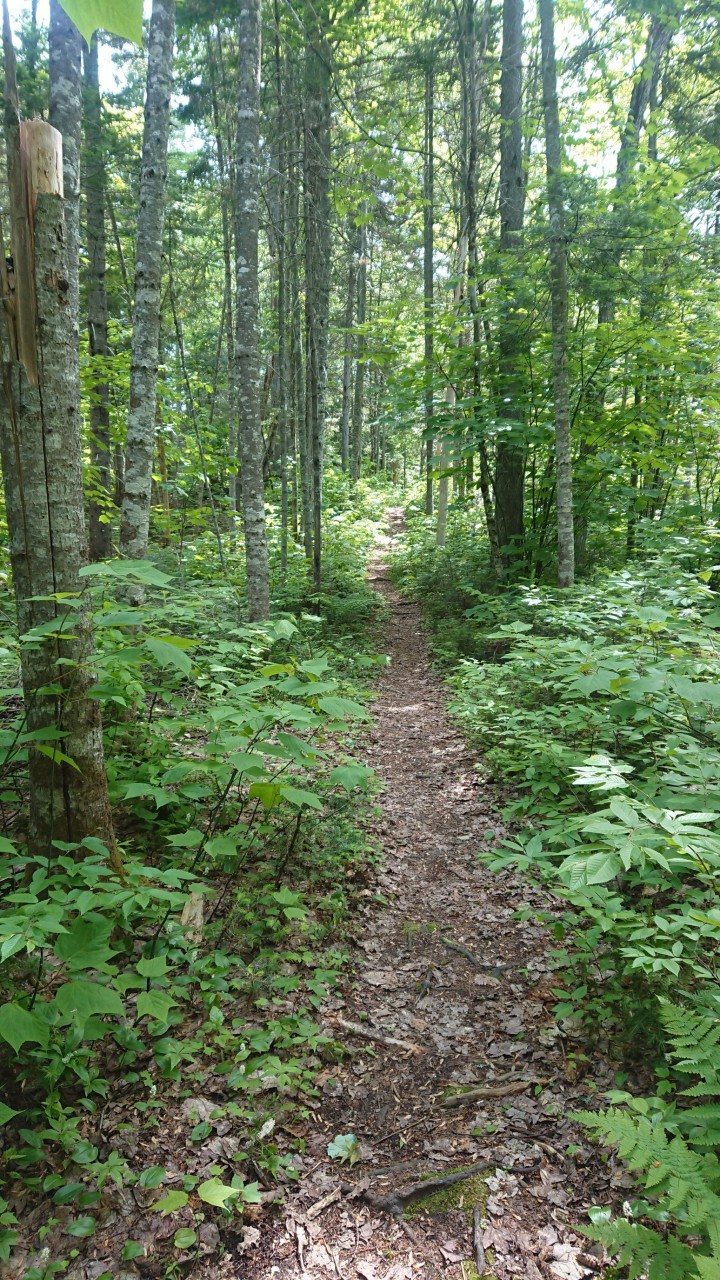 I arrived to East Carry Lake soon, and stopped for an early lunch. 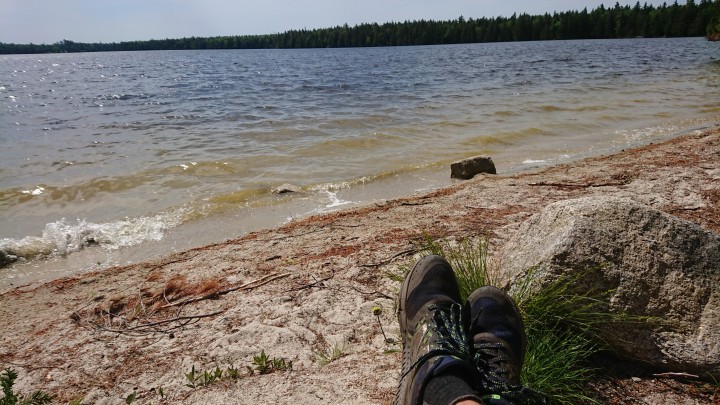 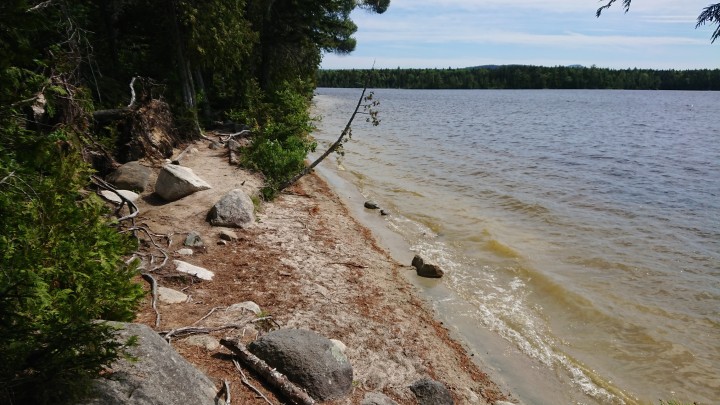 The area after the lake was a wet, marshy area. There were many boardwalks, and the water was full of yellow dust – pine pollen!

This looked like prime moose territory… but no moose. Sad. 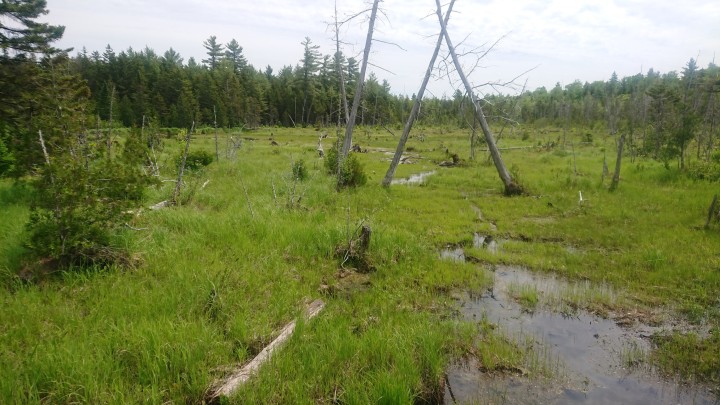 The trail passed by Pierce Pond, and it was constructed in a very strange way… the trail was also the rock dam that was holding back the lake!

The trail went downhill for a few miles, following a stream with many small waterfalls.

I arrived at the Kennebec River at 2:30pm, and it is the largest unbridged river crossing on the entire AT. There is a free canoe ferry service, but it strangely only runs from 9am-11am.

So I waited by the river, since I knew another hiker had arranged a ferry for 5pm. I waded in the river, and it has a powerful current, so I can’t imagine people ever fording this river. The hiker, Ranger showed up at 4:30pm, and a few minutes later, the canoe shows up!

It was a quick 2 minute paddle across the river. 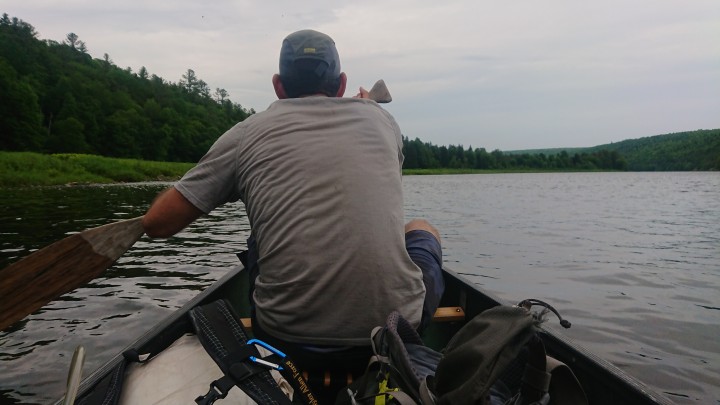 Ranger and I gave her $20, and we walked the last half mile to a hostel. Upon arrival, we were given a quick tour, and they even have a resupply store for hikers! 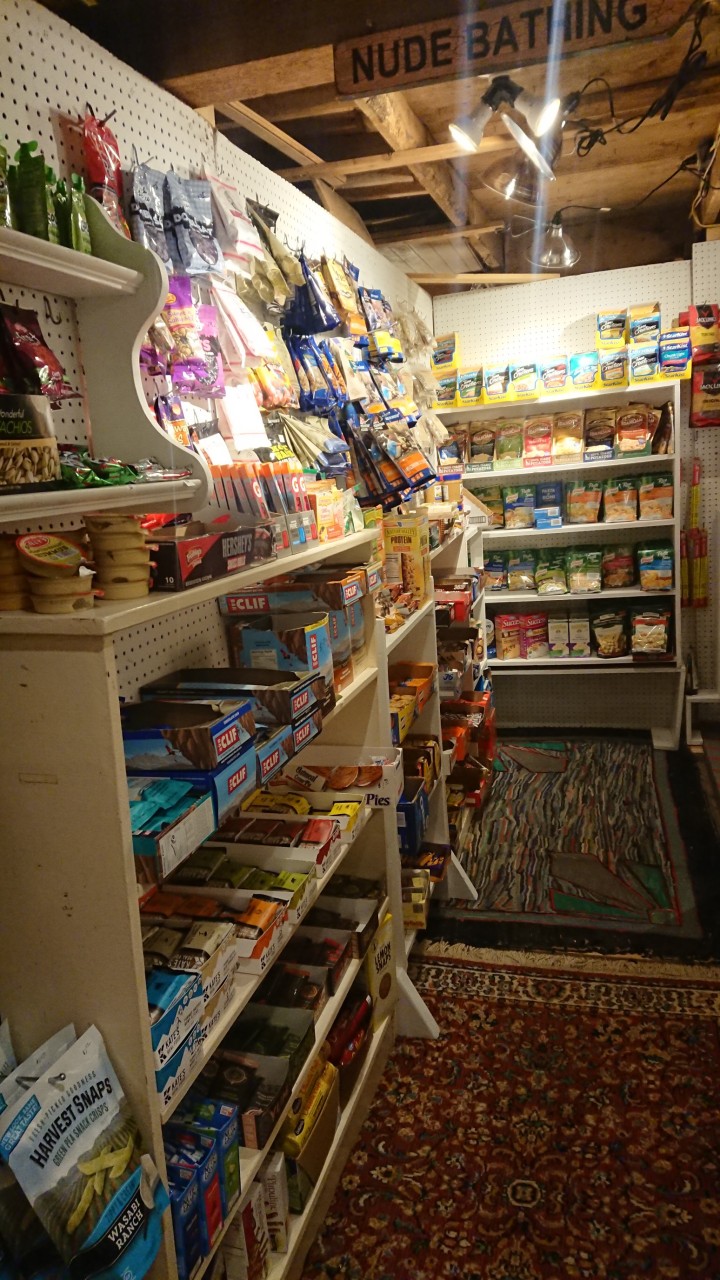 Then, it was off to the local bar, which was having their usual Tuesday night special, Taco Tuesdays. All you can eat tacos for $8! I took down 11 (yes, eleven) tacos before calling it quits. I met a nice group of SOBO hikers, IceFire, H2No, and SpecialEd, and we swapped trail stories at the hostel until bedtime.