We got moving up the trail at 7am, and I warmed up quickly on the climb. The ascent was nicely broken up by a flat section with some ponds.

It was a nice sunny morning to be in the forest.

The last part of the climb up Saddleback mountain was steeper, with ladders…

And wet slabs of rock… 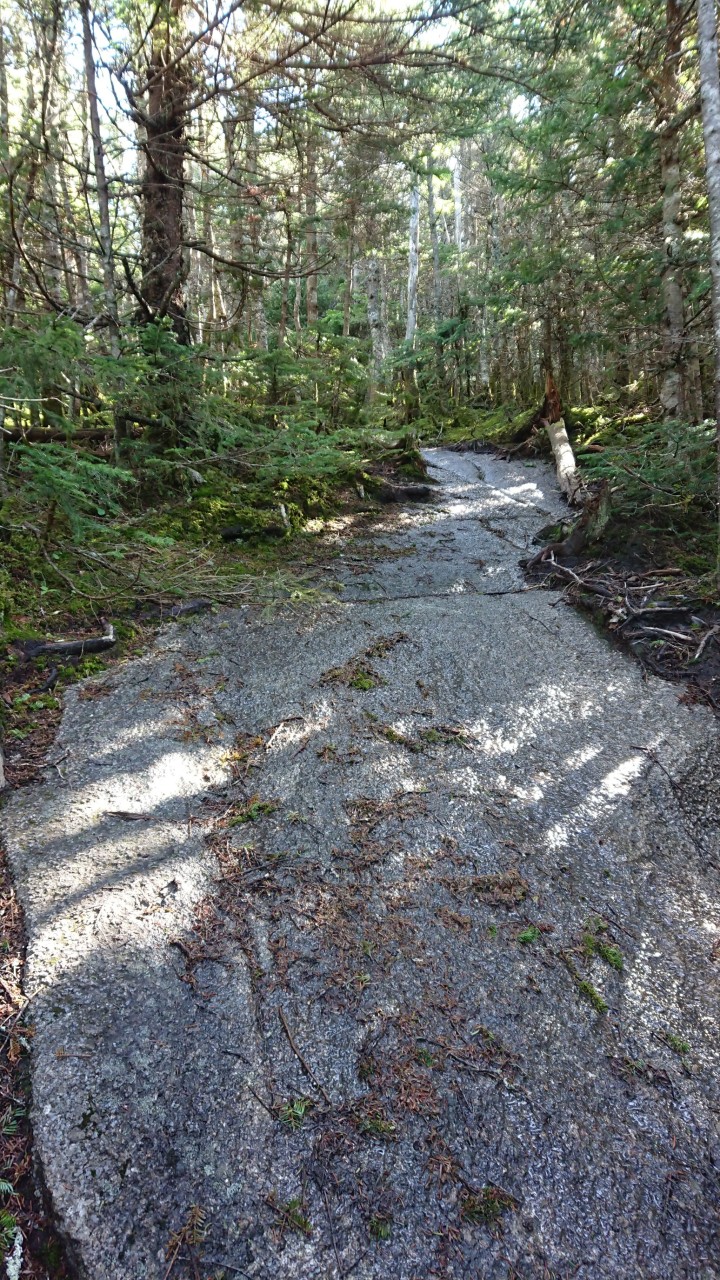 The trail broke out if the trees, and I spent the next three miles walking above treeline!

I hit the summit just after 9am, and it was a little windy, but nice views in all directions! 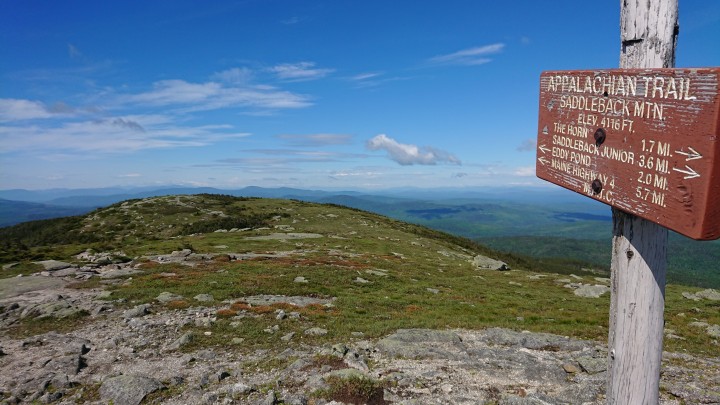 There was a small descent between Saddleback and the next mountain, and a junction with a strange trail. 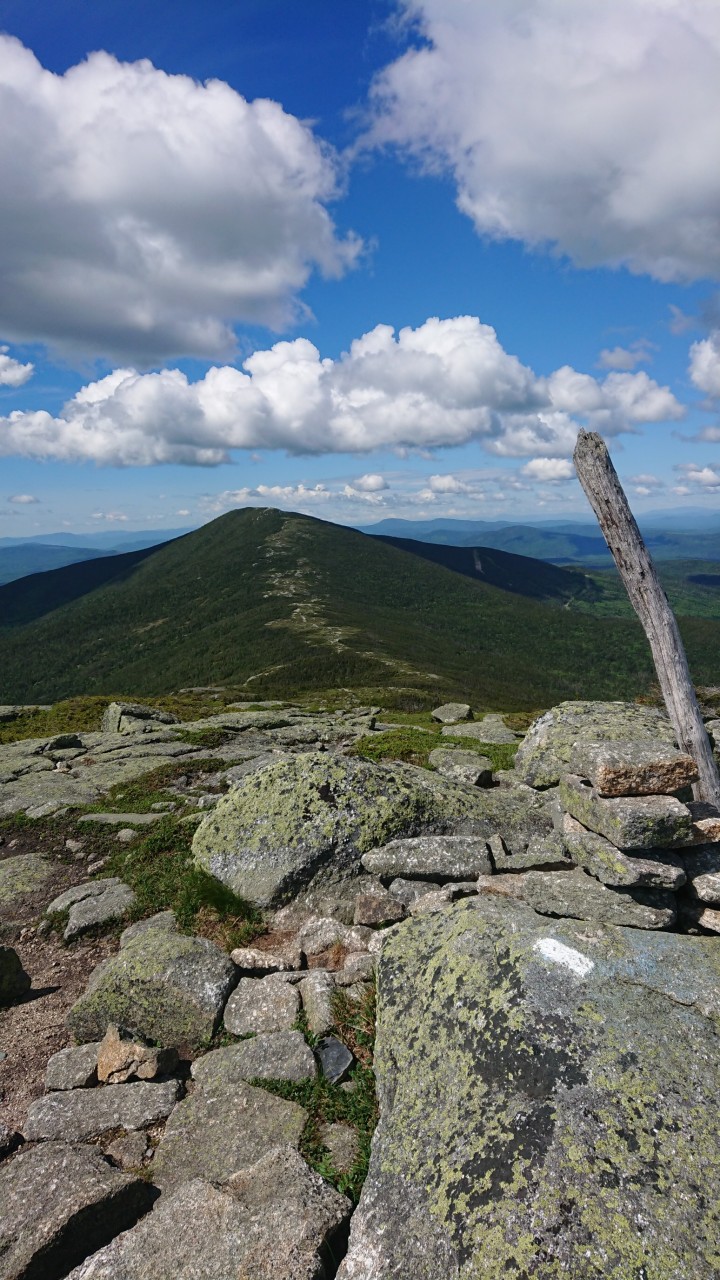 The descent off the top of the Horn was crazy steep, and slow going with wet slabs. Once I was down, it was a nice easy cruise thru the forest. And then, the butterflies were everywhere!

And lots of stream crossings, and small river fords. 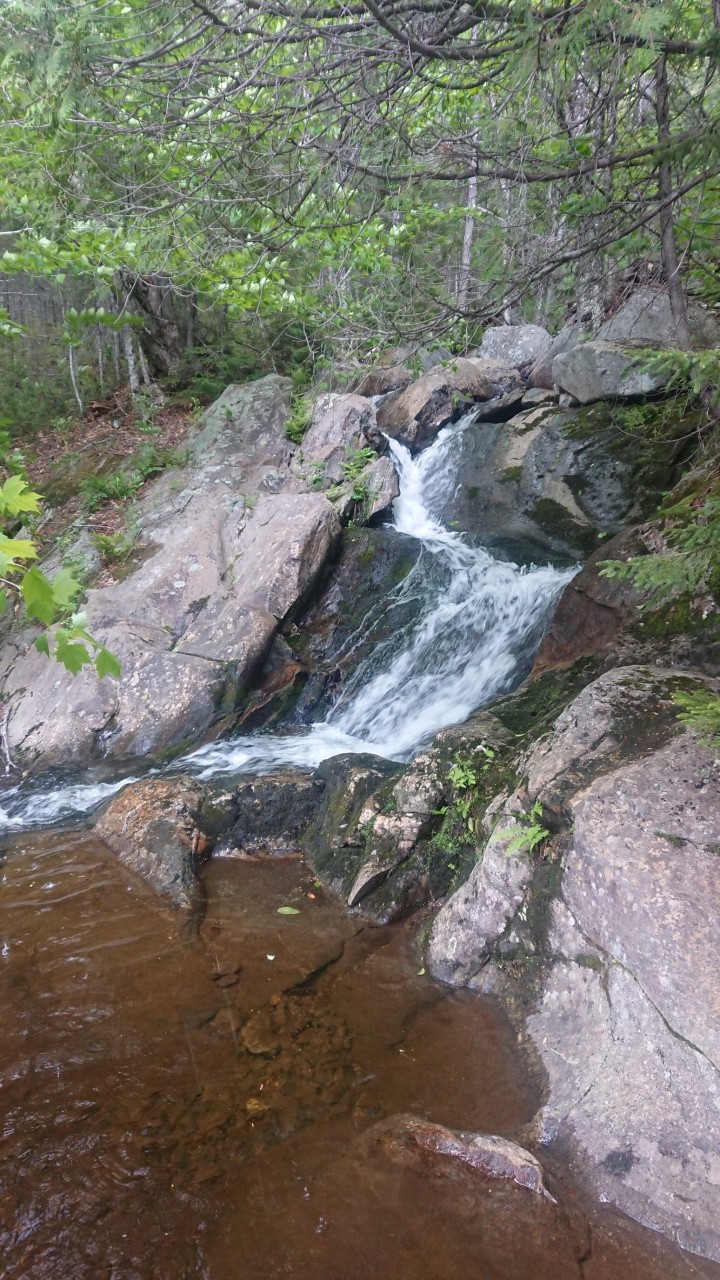 This one was called Sluice creek, makes sense.

The forest was so warm, and so green. 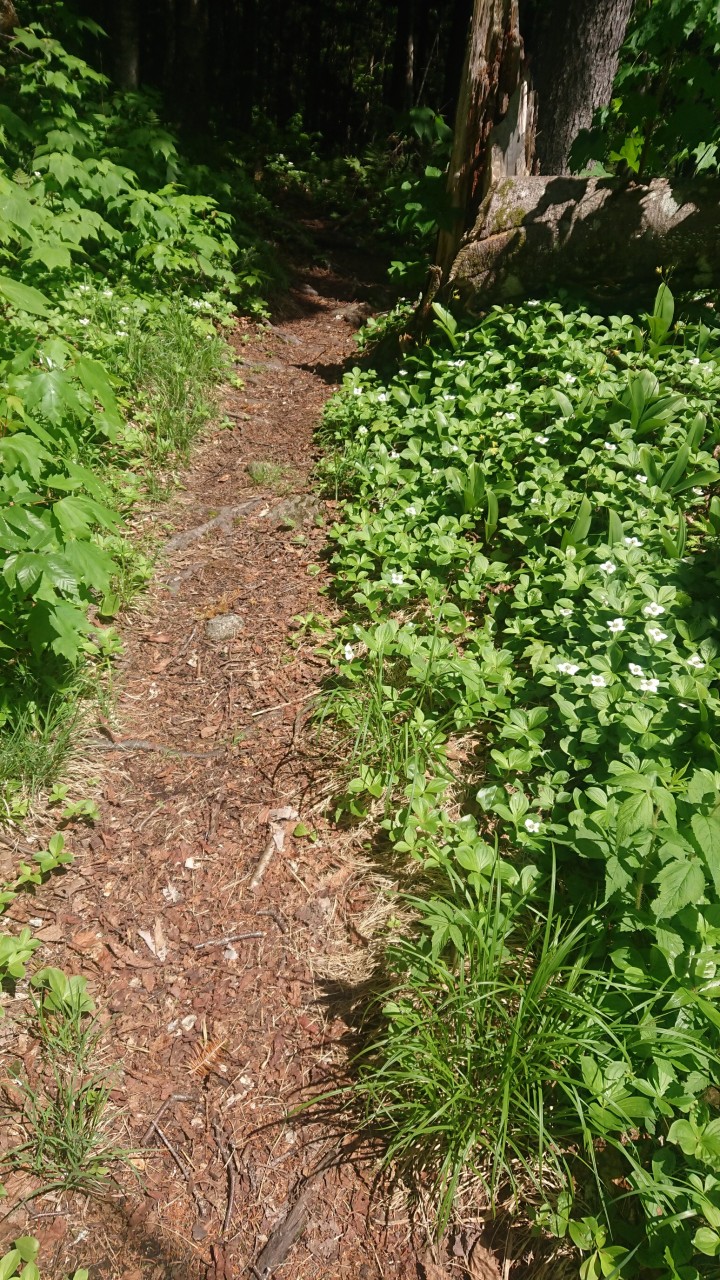 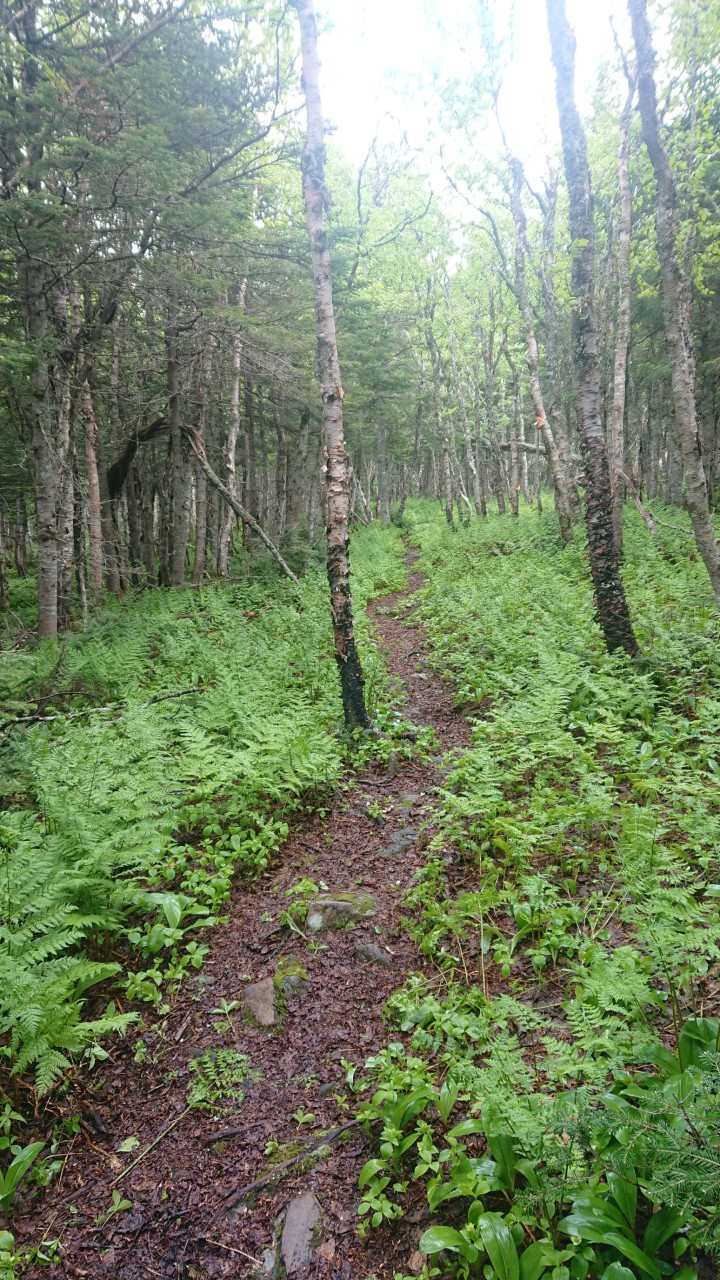 The last summit for the day was off a 1.6mi side trail, to Mt Abraham (4049ft/1234m). It was an easy trail, and the last quarter mile was above treeline, where it got really windy. 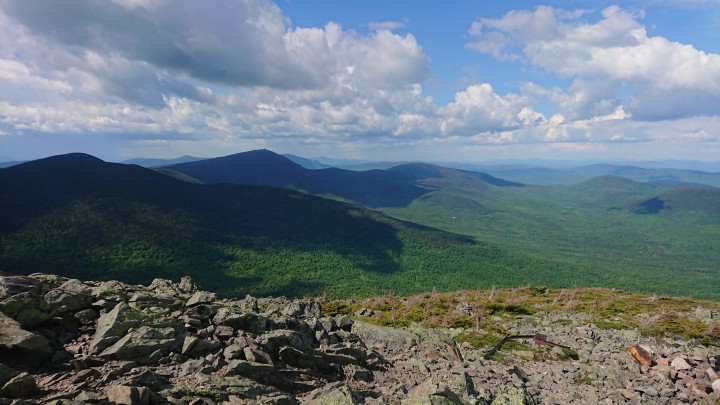 Some other day hikers were up there too. 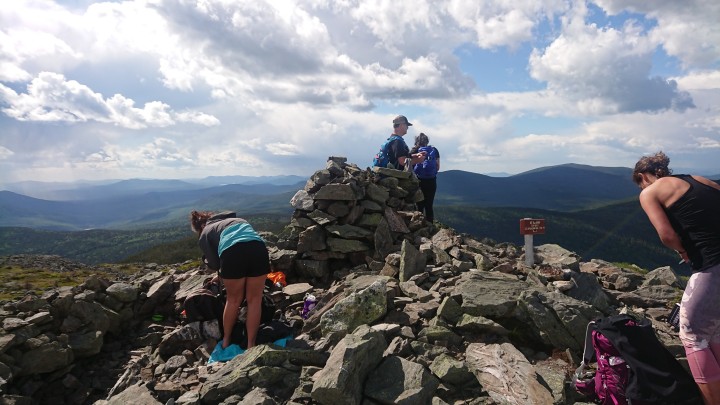 I backtracked back down to the AT, on the trail I came up. 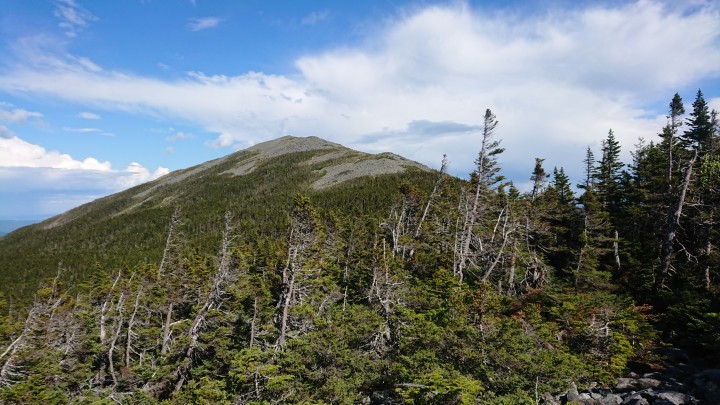 I arrived to the shelter just as rain was starting. The shower only lasted 15 minutes, and I settled in and made dinner, and chatted with another NOBO thru-hiker, Merry Miler. She was fun to talk to, and her dog was hilarious. Two SOBO hikers arrived as well, Smokey and Bruiser. Lots of people tonight!