Kelsey and Pete dropped us off at the trailhead at 7am, on their way to work. I even remembered to get a photo, which is impressive for so early in the morning.

Bob and I climbed up the hill, and it was a warm and extremely humid morning. Even the rocks were slippery from the condensation. There were also a few swampy areas, which usually have these nice boardwalks. 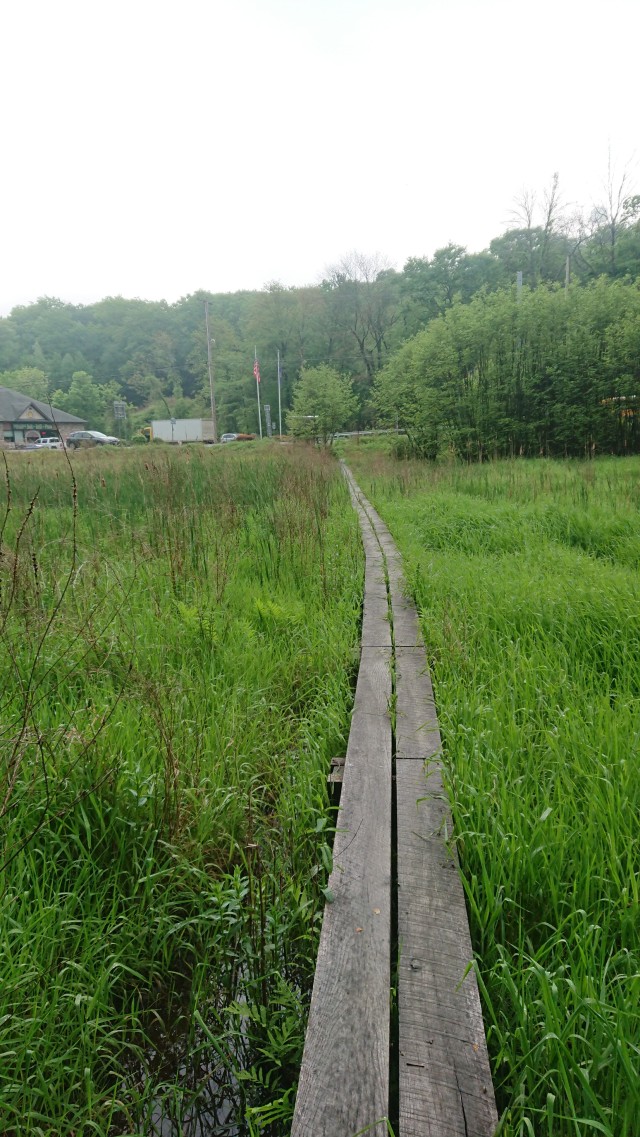 And because this is NY, there were also deli and sandwich shops along the way! 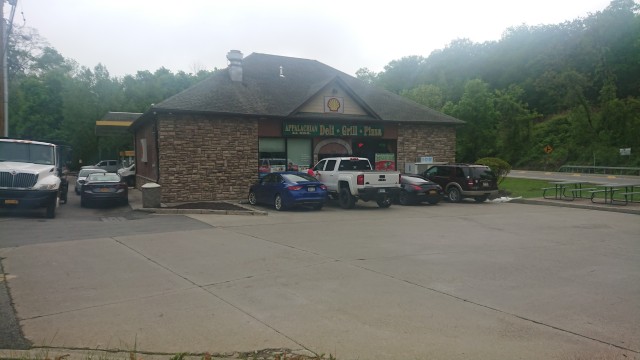 I got a breakfast bagel. The bagels on this section of trail have been spectacular. So much better than the bagels on the other trails! We got back on the trail, and there was a random shrine nearby.

Most of the day was quite uneventful, and in a green tunnel.

There was a mile of trail that utilized an old mining road, and it had some impressive stonework.

We passed by Canopus Lake, and it had a nice swimming beach, but it wasn’t open yet for the season.

There was one mountain today, Shenandoah mountain. It had nice views, but I didn’t linger since those dark clouds in the photo were making rumbly noises. 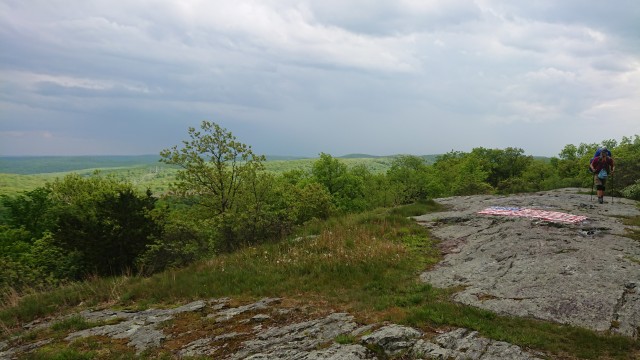 I scurried down the mountain, and got back into the trees just as a quick 5-minute rainshower hit. An hour later, I was at the shelter, and I setup for the evening. 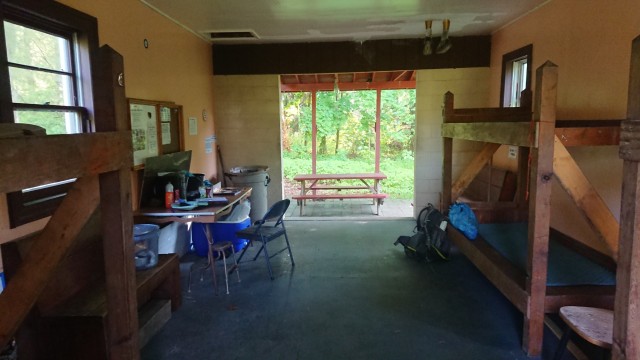 Bob arrived 30 minutes later, and also a section hiker arrived too. We discussed ordering pizza (there is a road nearby), but decided we had to eat our backpacking food, so we would have less to carry tomorrow. NY is great with all these food options!