I woke up to a dry tent, the rain had stopped during the night and it was a sunny morning. I was excited to be meeting some friends for breakfast, so I got moving quickly. Lots of views from the ridge this morning! 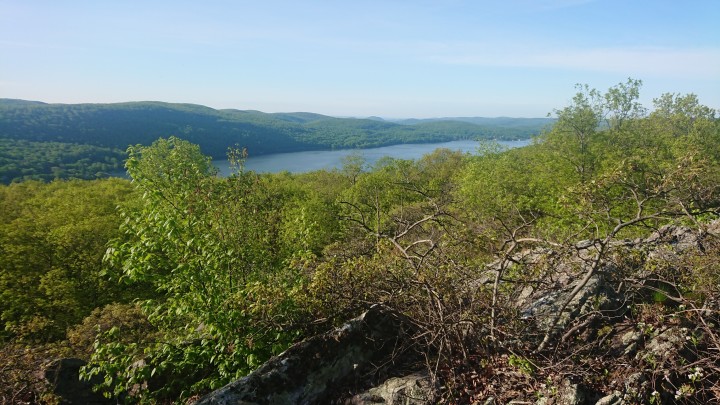 Bob caught up to me just before the road crossing, and we met my friend Justin, who picked us up and drove us to town. Justin is a friend from an outdoor education program we both volunteer in, Winter Mountaineering School. We had breakfast with Justin and Amber, and their adorable 4-year old daughter. I forgot to get photos, d’oh!

A couple of hours later, we were back on the trail, and Bob was immensely enjoying his new shoes he picked up at the post office!

Most of the day was on high ridges, with cool slab walkways. I think this is near Cat Rocks viewpoint.

There was a short descent to a stream, and Fitzgerald Falls. A group of kids were going for a swim when we arrived.

There was a short but steep climb, with stair that just kept going up. It felt like the Mordor scene from LOTR. 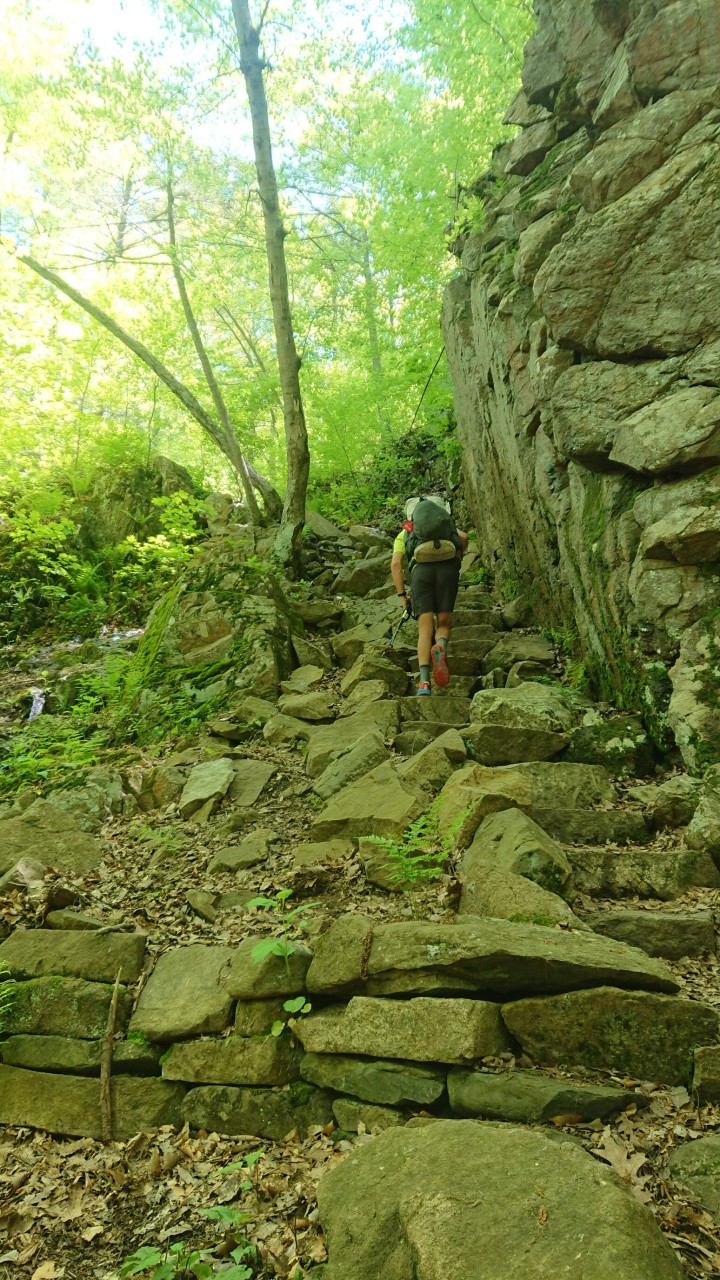 Eventually, we got to Mombasha high point. Sadly, it was freshly graffitti’d, presumably by a local high school kid asking a girl to prom, since the summit rock said “prom?” and there were hearts painted for over a mile. I hope s/he comes back to clean it up!

Then, the scenery improved with many small lakes and ponds.

I was excited to be meeting another friend today, Smokey! We hiked most of the CDT together in 2016, and our trail family had a great dynamic that made it my favorite trail so far. We met at a roadside, and Smokey and his girlfriend Sarah brought drinks and snacks! 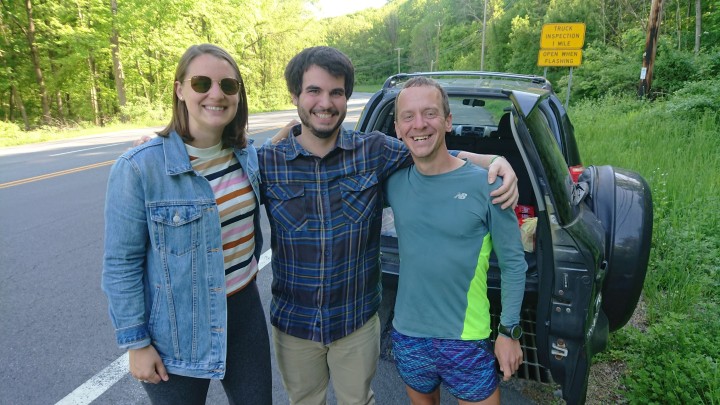 It was great catching up and seeing them, and after a couple of hours we all had to depart. The walk over the thruway was jarringly loud.

The trail immediately entered Harriman state park, and there was a neat feature called the “Lemon squeezer”. I barely fit thru, and I’m a small person!

There was also a junction with the Long Path, a 300(?)-mile trail from the George Washington Bridge in New York City, to Albany.

Bob and I arrived at the Fingerboard Shelter, which is known for bear activity. There was a local man from Brooklyn camped there too, and he had some nice candle lanterns set up.

Hopefully no bears come around tonight! It’s also a full moon, so if there are bears, we will easily see them…