I always automatically get up early on a town day, it’s kinda like an exciting holiday. But, with food! Which probably explains why Thanksgiving is my favorite holiday…

Anyway, so I was hiking by 7:15am, and it was a cold-ish morning, which was perfect for the small climb up to the ridge.

It was a pretty uneventful morning, and I saw no other hikers. I imagine if I had turned off to go to the Woods Hole Hostel, I would’ve met a few hikers. It’s a very popular place, with a communal arrangement toward meals and lodging.

But, as it was only 11am, I continued on, and stopped for lunch an hour later at Doc’s Knob shelter. It had the biggest deck I’ve ever seen on a shelter.

It was a beautiful 65F/18C sunny day, so I lounged on the deck for an hour. The afternoon hiking was pleasant and easy ridge walking. 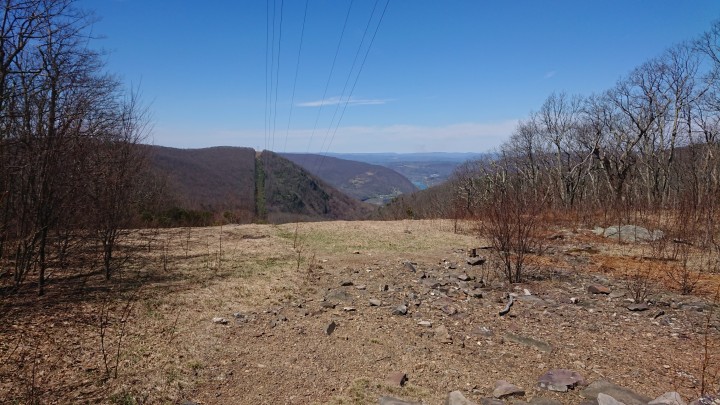 It was around 2pm when I met my first hiker for the day. His name was Trigger, and he was doing this section SOBO. I was so excited to see another human, I had to get his photo!

Toward the end of the day, just before the long descent into town, there are a couple of viewpoints. The first one looking east, over the Pearis valley:

And another viewpoint called Angels Rest, looking to the west, over the New River valley: 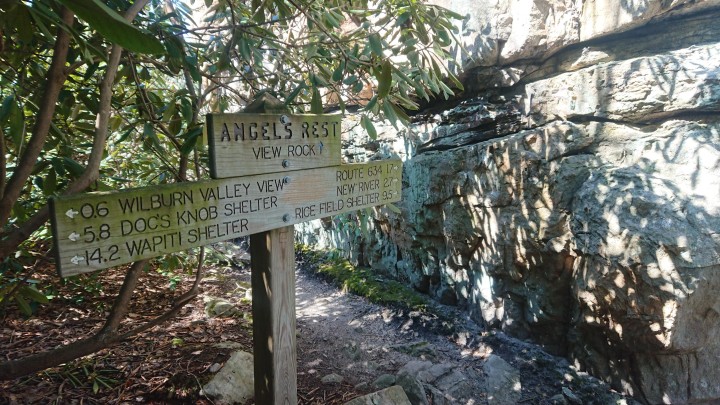 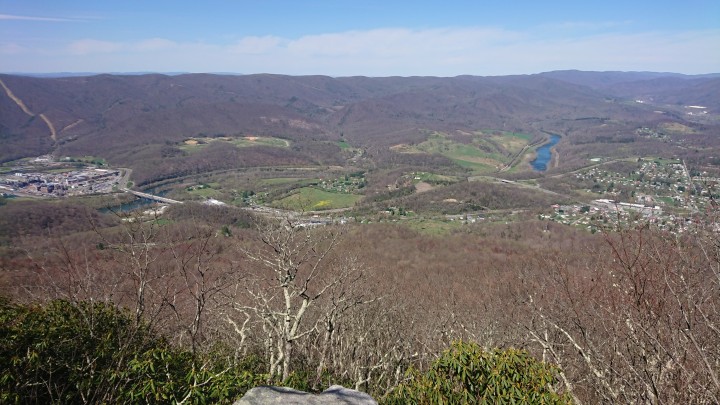 After the long descent, the woods were noticeably greener. 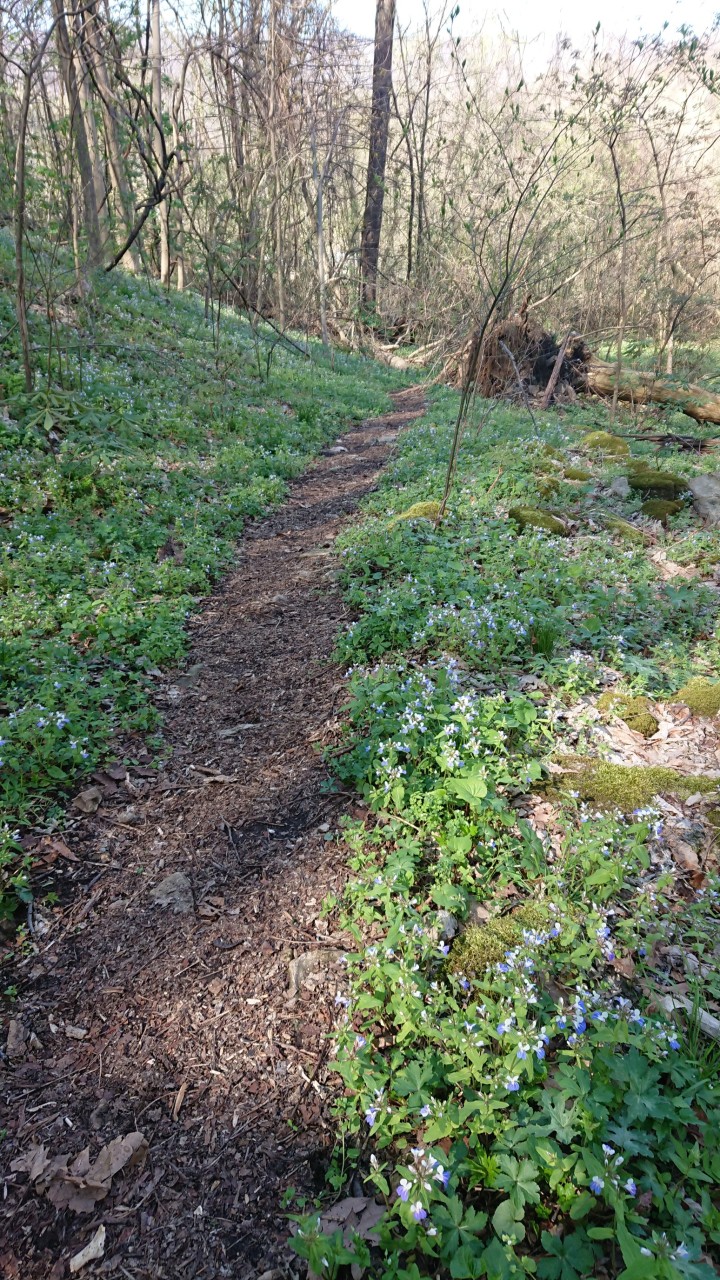 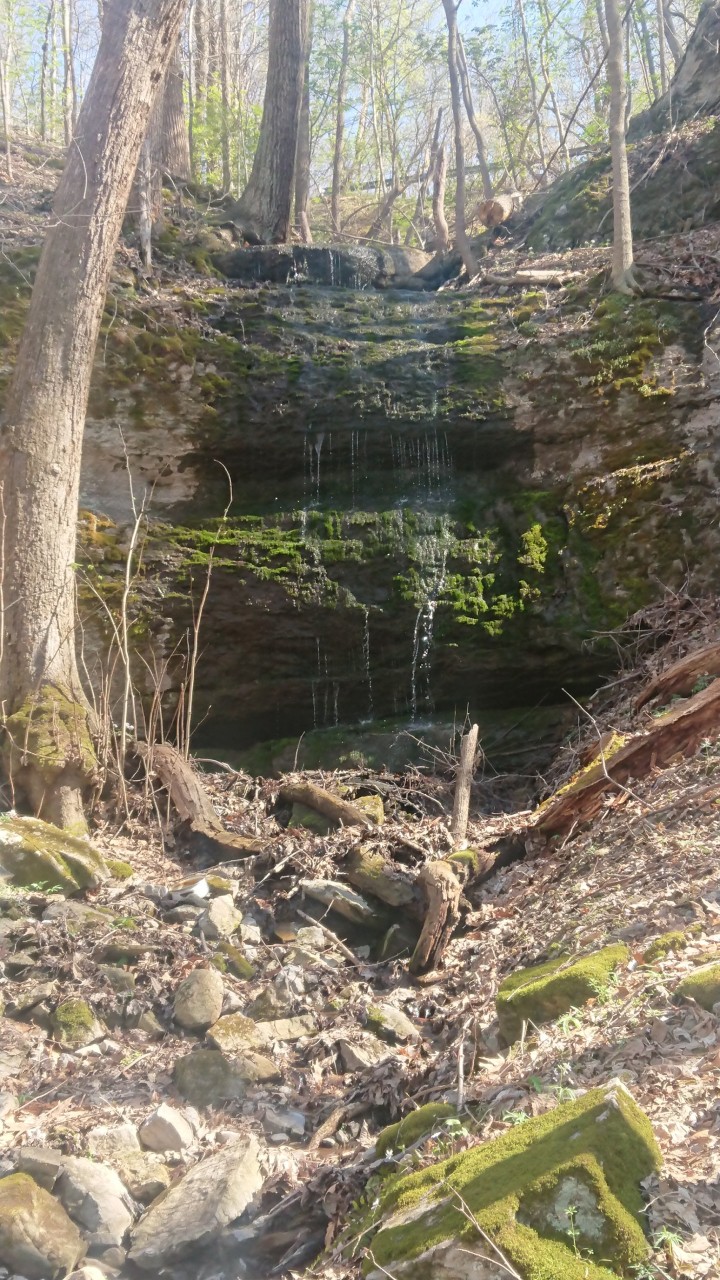 I got to the trailhead at 4:30pm, and called the local hostel for a ride.

A shuttle from Hiker Haven picked me up, and I was given a nice tour of the hostel. It’s a pretty new place, and has a lot of nice amenities for only $25. After I settled into the hostel and got a shower, it was margarita time. 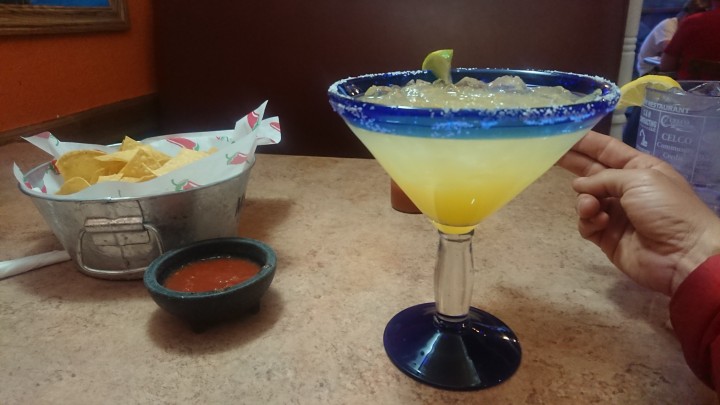 A perfect finish to a great day!