I woke up later than usual, since the loft of the shelter stays dark. I packed up and said goodbye to Michele while we ate breakfast burritos… of salmon! 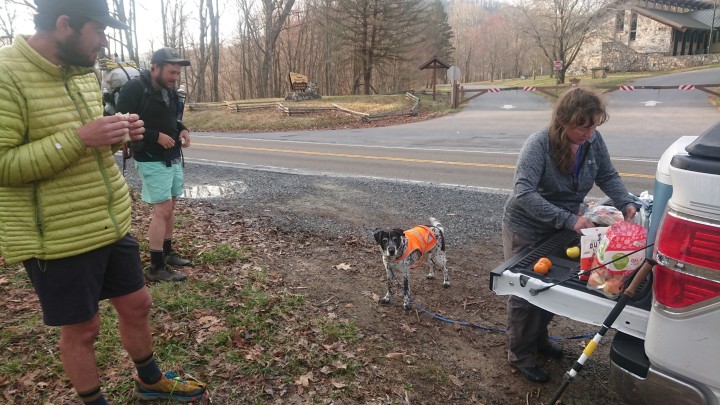 Bob and I started up the first hill, and Turbo (of course) caught up soon after. It was a pleasant warm morning, with just one big climb all morning. 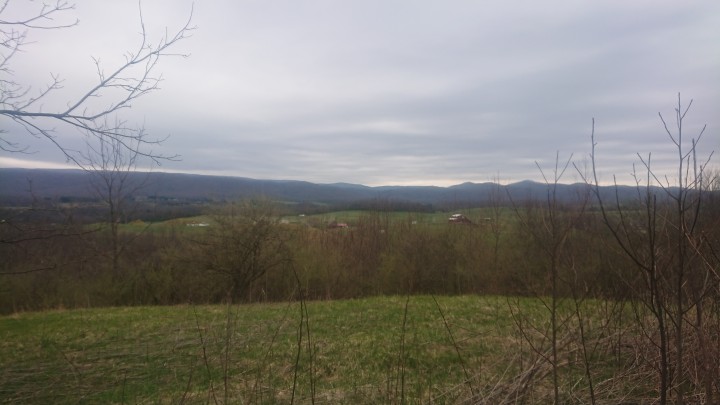 We slowly descended down to 2500ft/760m, and I could see that spring is starting to happen at these lower elevations!

We got to the “town” of Atkins at lunchtime, really it was just a diner and a couple of gas stations by the interstate. 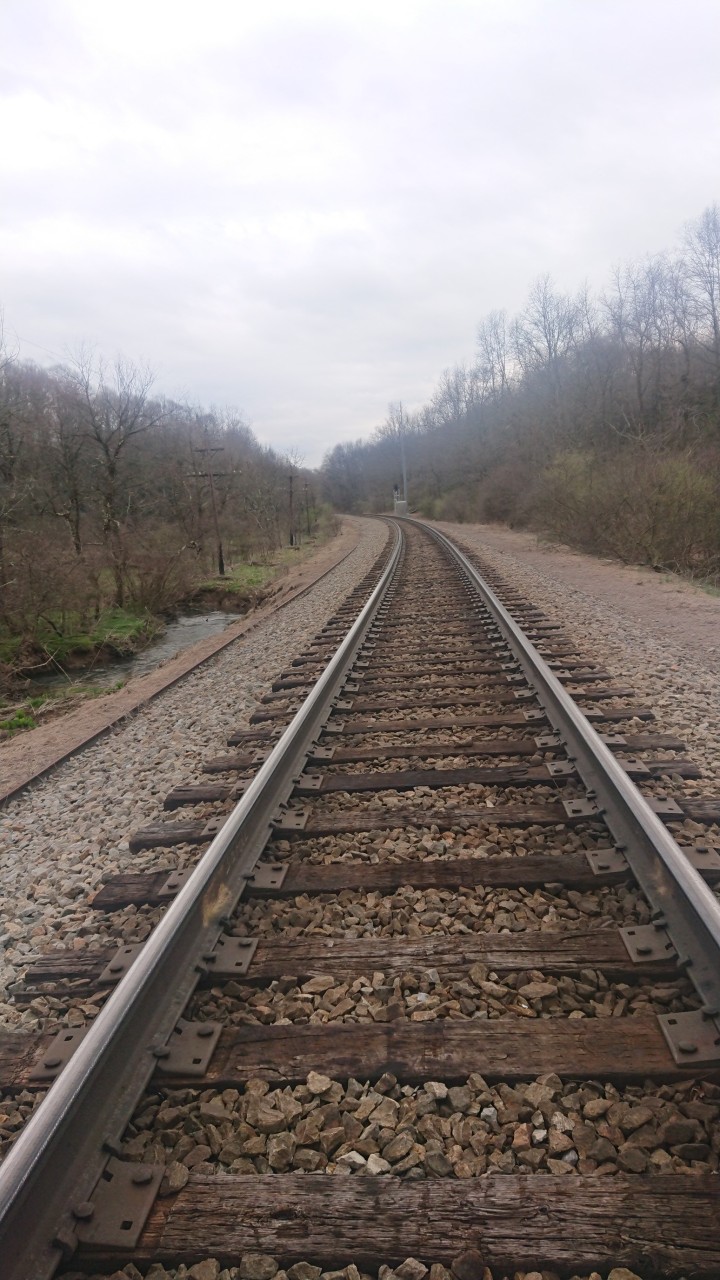 Bob and I went into the Diner, called M&M Country Barn restaurant. Some of the other hikers went to the Mexican takeout restaurant in the gas station. Both seemed like good options! After eating a huge burger, and spending almost 2 hours there, it was time to hike again. 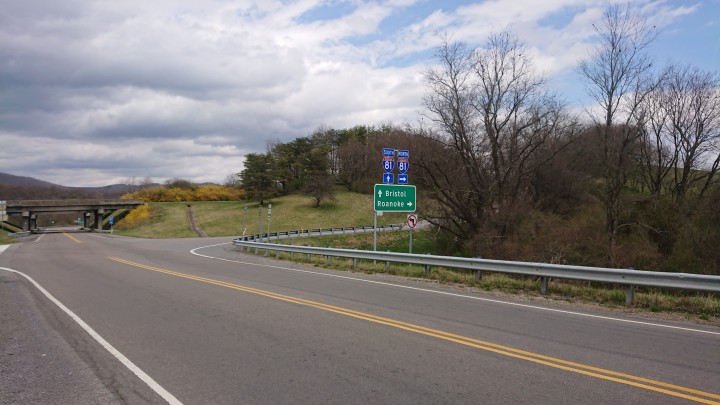 The trail roughly parallels the interstate 81 freeway for the next 700 miles….I’ll be seeing it a few more times. About an hour after lunch, I got a surprise. A Danger noodle! He moved quickly out of the way.

And shortly after the snake sighting, I hit the 1/4-way mark of the AT. The distance changes slightly each year, so the sign is approximate. 550 miles done!

The rest of the afternoon was hiking in mostly farmlands, which sadly had no cows. But plenty of views!

Bob and Turbo stopped at a hostel, and I kept going another 2miles to a shelter. I arrived at 6:30pm, and met Blue, Noodle, and Turkish. They were really entertaining to talk to, and we stayed up and had a small campfire. I hope I run into them again. Tomorrow’s forecast is for afternoon thunderstorms, so I will try to get an early morning start!