I woke up before the other hikers, and packed up quietly. Fast Eddie woke up as I was finishing breakfast, so I said goodbye…for now. I might see him again.I hiked along rolling hills, not seeing anyone until just before lunch.

It was rather strange to see a random stool just placed beside the trail.

Some of the passes here have bizarre names…”Greasy creek Gap”. At least it’s not another Low Gap or Deep Gap. 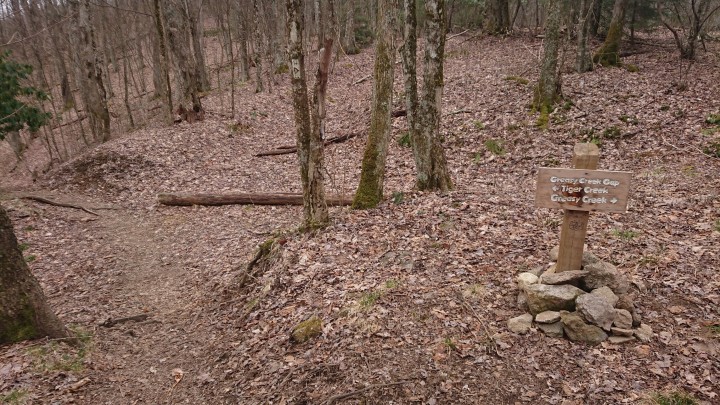 There was one spot where the trail broke out of the trees, and I had a view to the north.

I stopped for lunch at Hughes Gap Road, and there was already a couple eating lunch there.

Yukon is hiking the AT this year, and is taking a zero day today. His girlfriend Hayley drove down from Indiana to see him, that’s dedication! And together they were doing a trail magic for hikers! Another thru, TurtleThump, joined later.After lunch was a 2200ft/670m climb up to Roan mountain. As the trail climbed above 6000ft/1830m, there were still traces of snow from the storm 10 days ago.

I got to the top at 2pm, with surprisingly good views, since the sun came out. 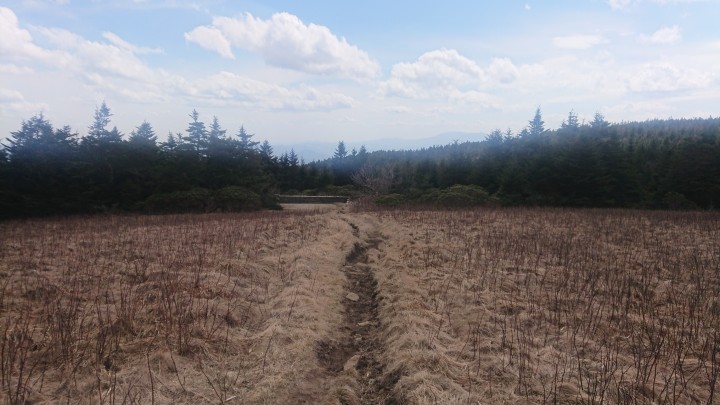 The trail passed by the site of an old hotel from the 1800s. All that was left is the chimney. 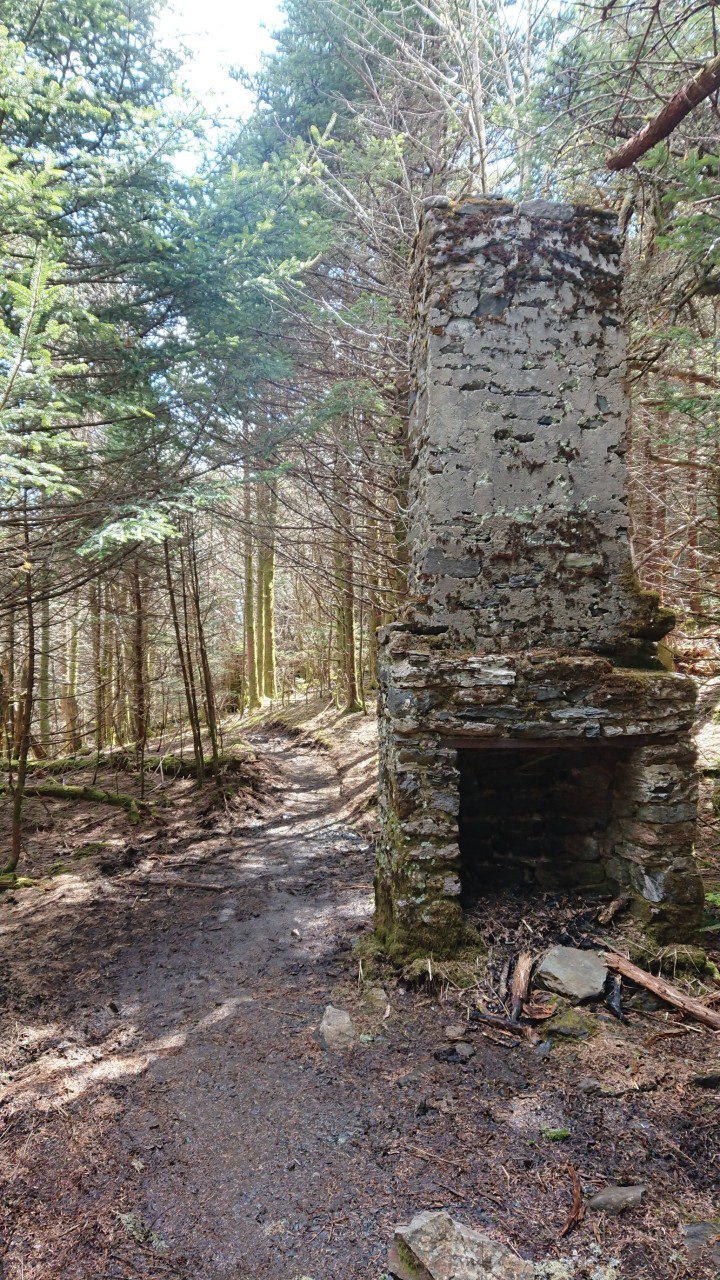 I decided to stop by the highest shelter on the AT, the Roan High Knob shelter, elevation 6270ft/1910m. 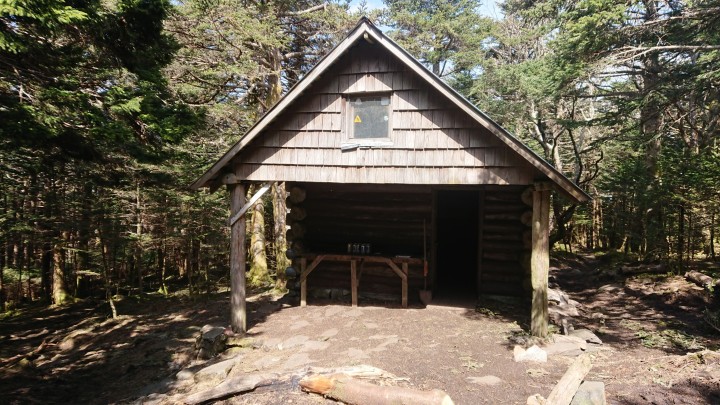 It’s actually enclosed with a door, and had a sleeping loft upstairs.

And on the front porch, there were beers from a local brewery, Blue Blaze Brewery!

After a very refreshing beverage, I continued down the mountain, and at the next road crossing were some folks from the brewery. With tons of food!

This wonderful trail magic was put on by Legs (MTS, PCT) and Richard. Legs did the first 1000 miles of the PCT last year, and was the first woman to Yo-yo the Mountains-to-Sea trail here in NC. Cool!After spending too much time eating, I had to get moving to make it to the next shelter by dark. And the forecast was for rain tonight, so I definitely planned to sleep inside the shelter.There were a couple more small climbs, to Round Bald and Jane Bald. It was a very touristy area, and I saw heaps of people. 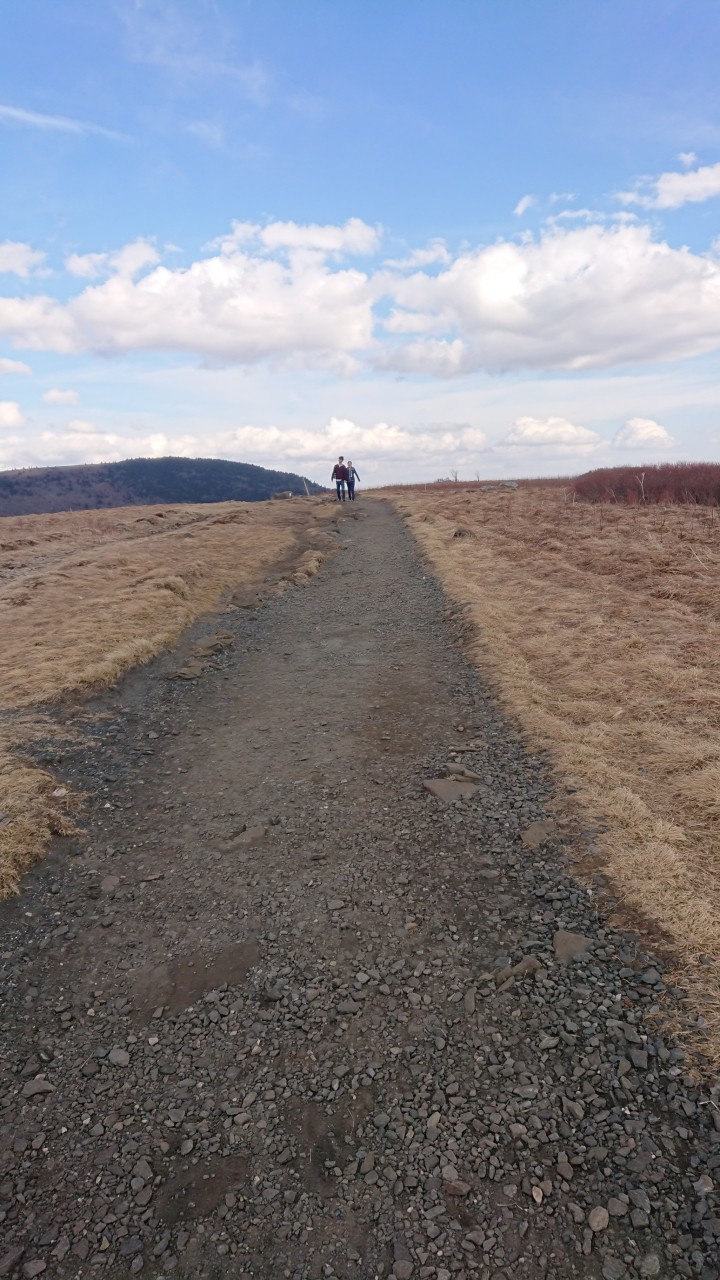 Looking back at Round Bald and Roan high knob, from Jane Bald. 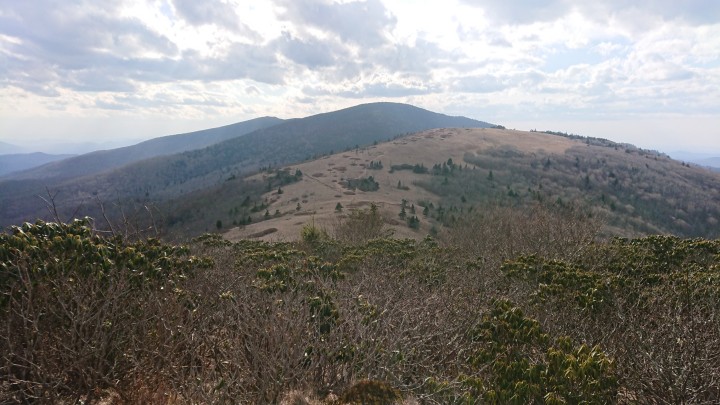 I hiked another 3 miles, and arrived at the shelter at 7pm. It’s a giant barn! There were 20+ hikers there, it was a small village!

I setup inside upstairs, and met a Scandinavian hiking trio, Stumbler, Not Swiss, and Finnish Line. They are from Sweden and Finland. We chatted as I made dinner, and I think everyone passed out before hiker midnight (9pm).