Yes, I saw both Chuck Norris and Tombstones today. The two aren’t related this time, but they usually are!

I woke up late in a comfy bed, and CloseCall and I went to breakfast at the Smoky Mountain Diner.

After eating way too much, and doing some town errands at the library and post office, I went back to the hostel to pack up. I talked to the hostel hosts/caretakers, Tigger and Chuck Norris (he got his trail name because he looks like the actor). We chatted about the upcoming ALDHA event, the Gathering in October. And trail reminiscing of the PCT, CDT, FT, etc… “Bears hang their food at night to keep it safe from Chuck Norris”… Ha!

I left town at 1pm, and it was an easy walk thru town, crossing the French Broad River as I left.

The trail followed the river for awhile…. 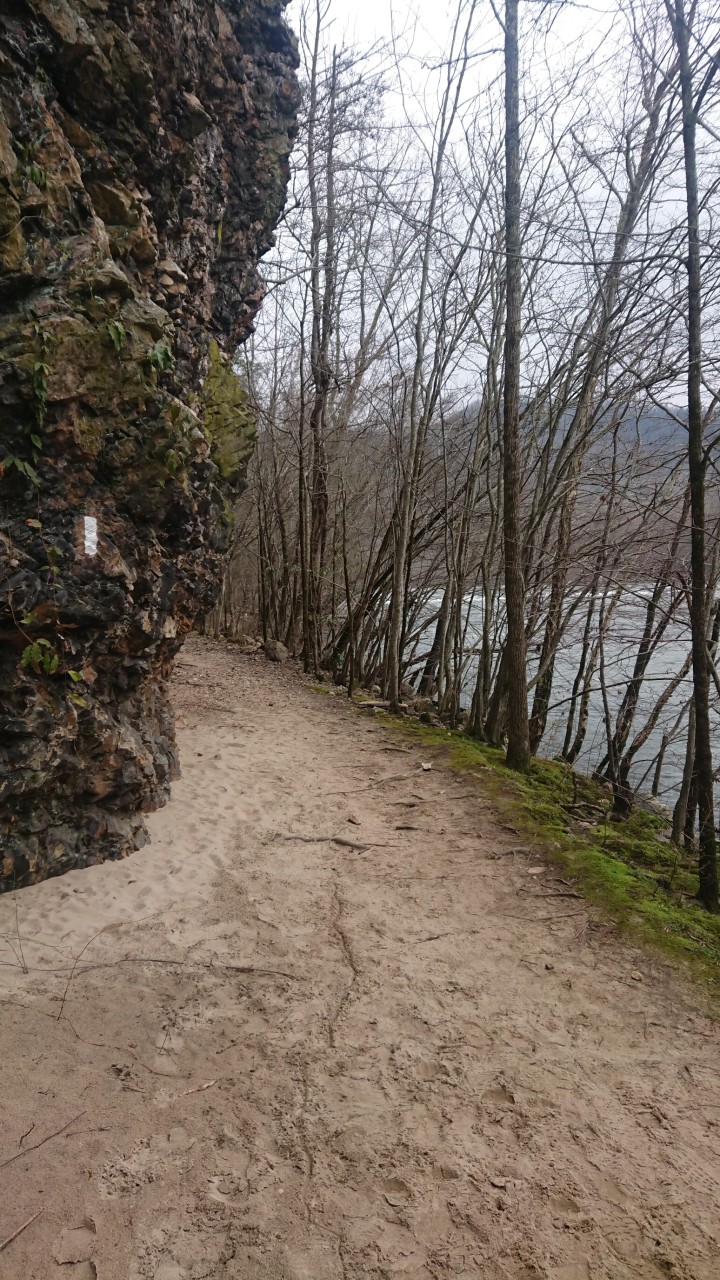 … then climbs up up up to a overlook called Lovers Leap.

At the top of the climb, there was a dam and a pond. And some signs of spring! 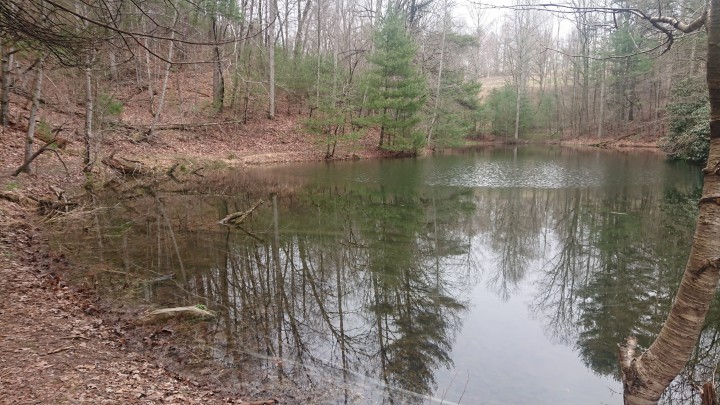 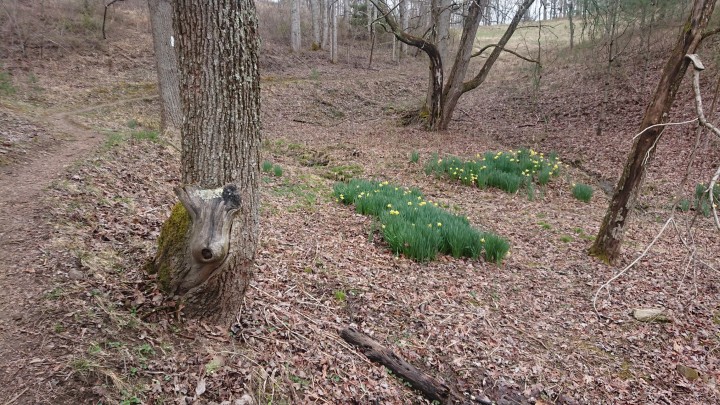 The trail broke out of the trees, and there were views of fog.

I climbed up to Rich Mountain, and the fog got even thicker, so I didn’t bother to climb the firetower for a view. 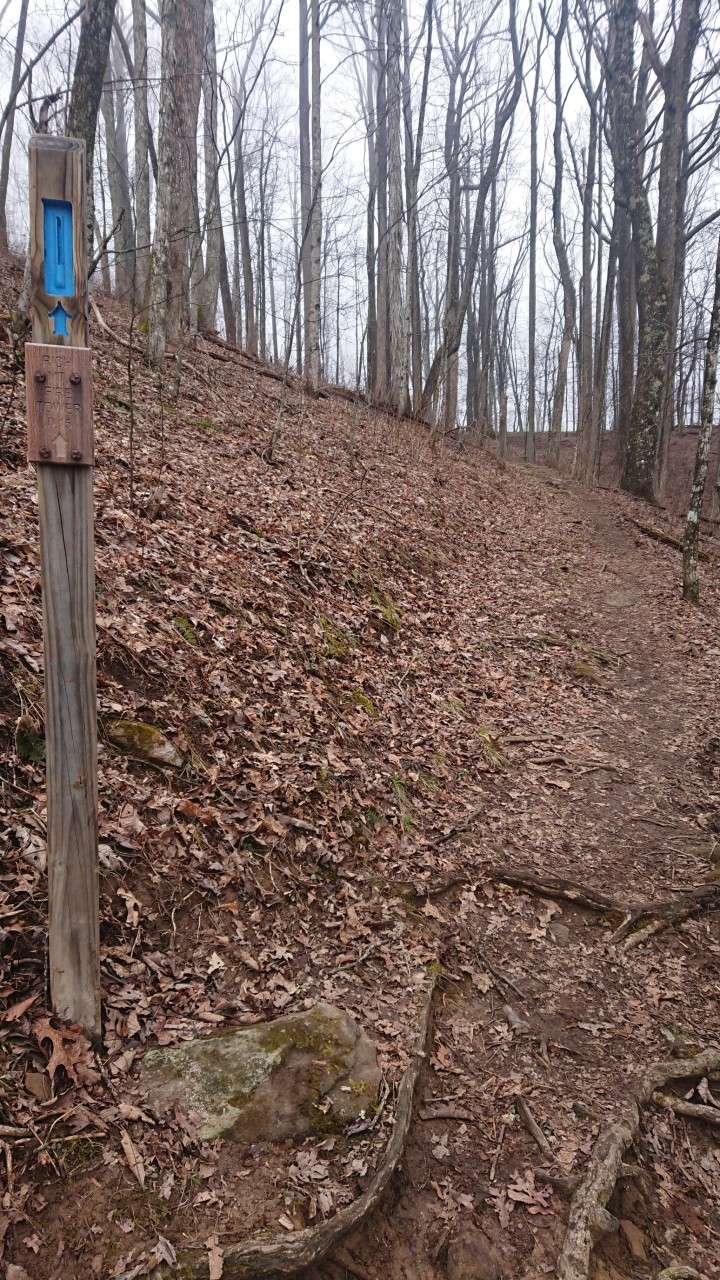 Then, every mile or so, a tombstone would randomly appear next to the trail. I think there were at least 5 of them. So creepy.

And then, at 4pm the sun came out!

An hour later, I passed by Spring Mountain Shelter, and there were at least 10 tents set up.

I had plenty of energy since I started so late today, so I kept hiking another 2 hours to the next shelter, arriving at 7pm. There were way fewer hikers there, and there was even an empty spot in the shelter, so I slept inside. I met a few other hikers – Hurley, Bumblebee, Snuggles, and a few more that I can’t remember.