So much happened today! I woke up at 7:15 to this nice sunrise over the lake.

I called for the shuttle ride, and I got picked up at 8:30am, and was eating a big breakfast by 9am. It was neat to see the Smokies from the restaurant. 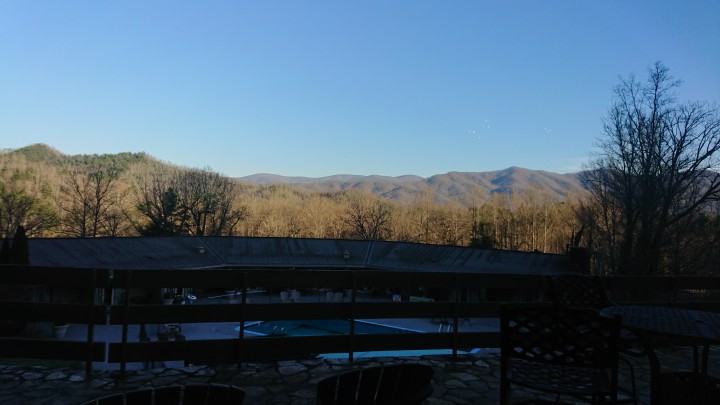 I did a small resupply of snacks, since their general store is closed until April 1st, and the gas station is closed on Wednesdays. (Note to future hikers – start later, like the last week of March!). The lodge was nice enough to even print my permit for the Smokies.

I got the shuttle back to the trail, and hiked a mile to the “Fontana Hilton”, a massive shelter where many hikers stay. It has water taps, toilets, even a solar USB charging station! 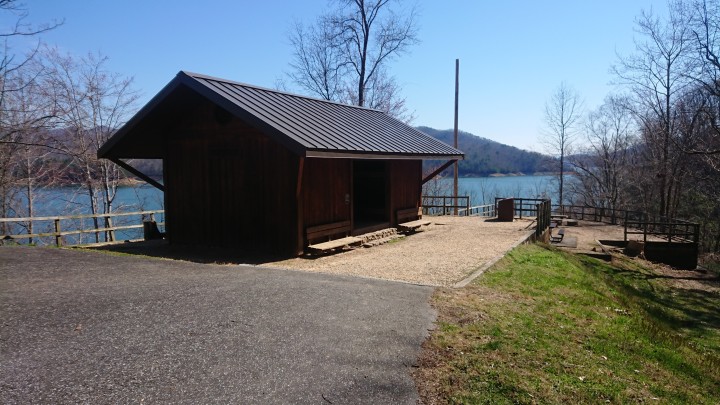 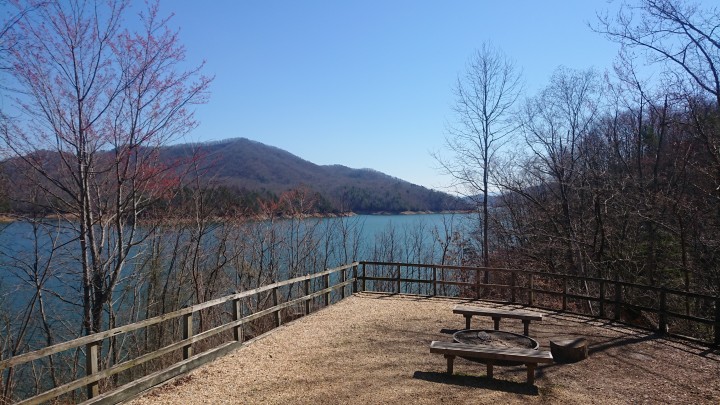 And some of the graffiti was funny. Possums will always remind me of the Te Araroa trail.

Another mile later, and I was at the dam itself. Some of the interpretive signs could be updated…”100 hikers per year”. Ha!

The dam, and views from on top: 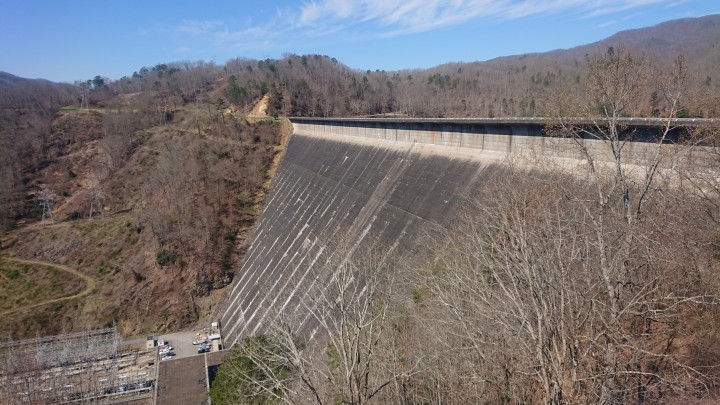 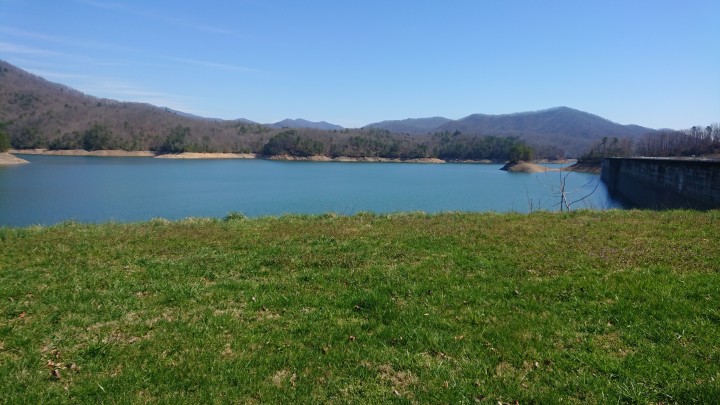 Then, as soon as the trail leaves the dam, it enters the Great Smoky Mountains NP. It travels through the park for 72 miles, and hikers need a permit to camp. (Camping is only allowed in the shelters. If a shelter is full, then you must camp adjacent to it.) 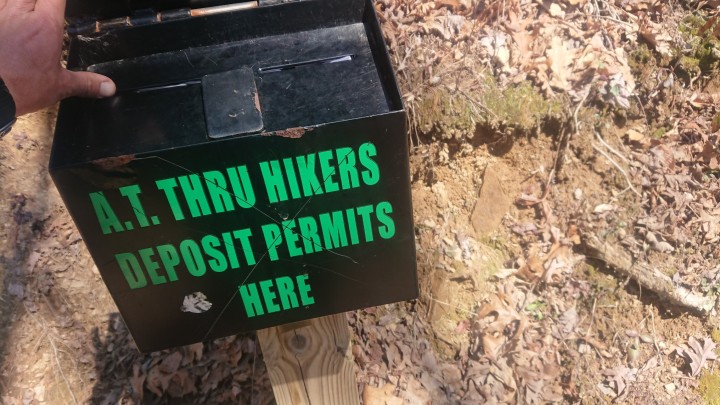 The day was perfect for hiking, sunny and actually quite warm. 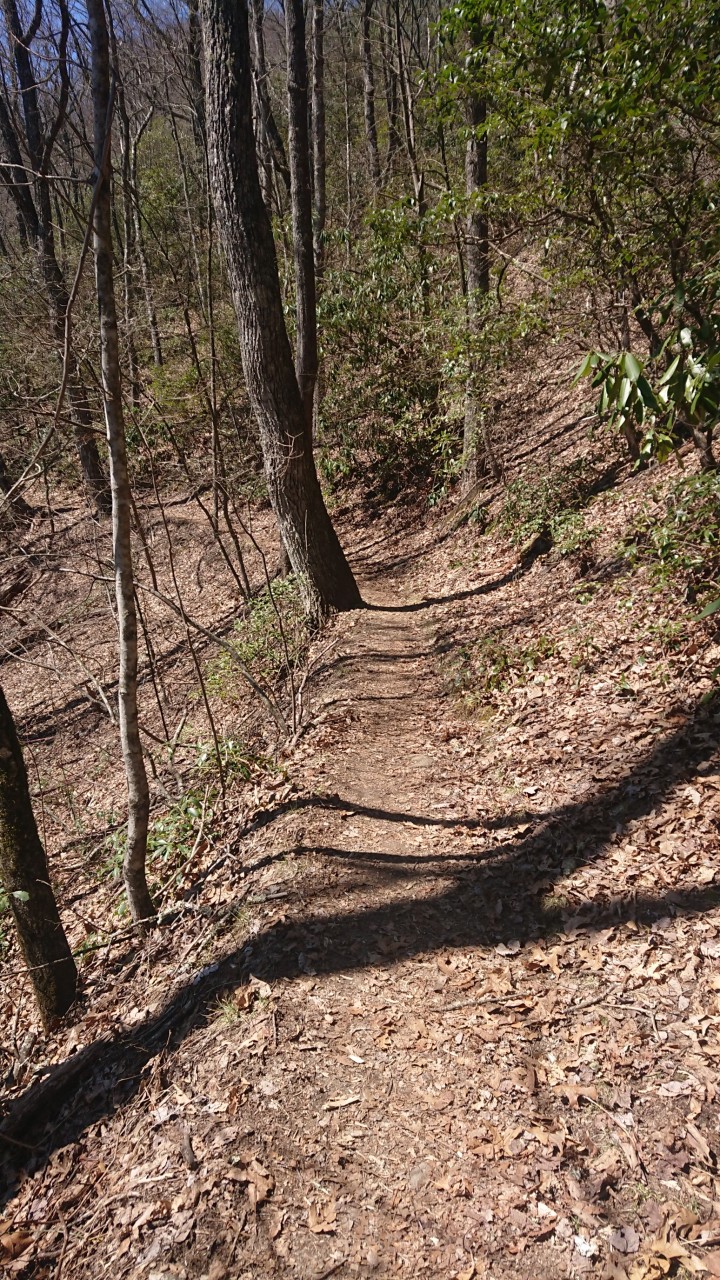 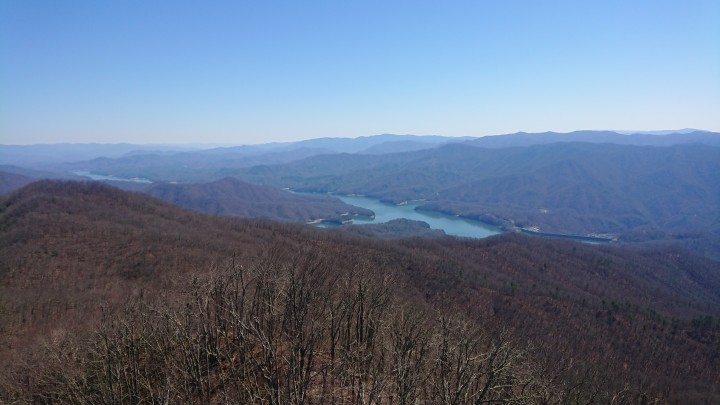 It was an easy 3000ft climb, but still it was warm and I was hiking in a t-shirt for the first time on this trail!

One of the summits, Shuckstack, had a nice firetower in the top, and some old stone ruins. 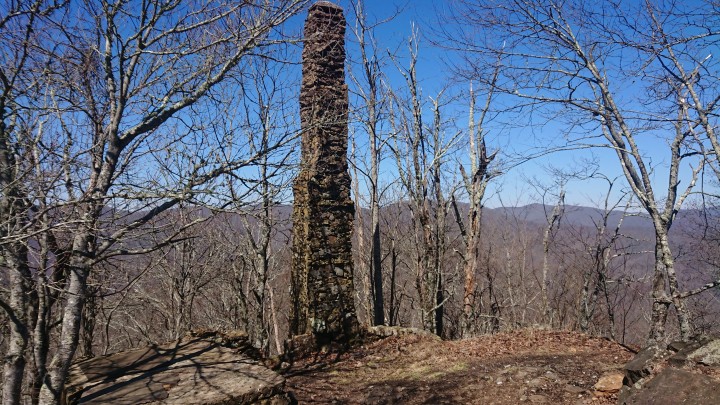 I had caught a guy named Hoppy (he moves fast, and always toward beer). I think I freaked him out a little when I guessed precisely where he was from, based on his accent. I asked, “are you from South Island [of NZ] on the east coast?” And he is from Christchurch! 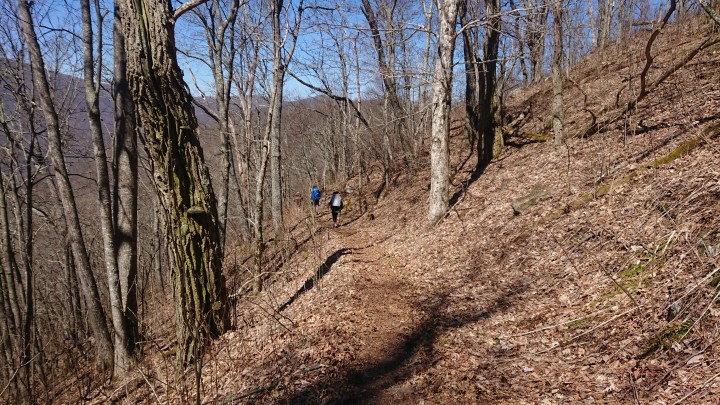 And an hour later, I ran into Rampage. She and I probably crossed paths (sobo/nobo) on the CDT in 2016, though neither of us remember. She has already done the AT, but is just hiking a section before she leaves for the PCT (her 3rd trail) in a few weeks.

The last hour was a pleasant walk, and it finally feels like spring.

I got to the shelter at 6pm, and there were already 20 people there, many of them camping. There was still a spot in the shelter, and with a chance of rain tonight, I setup indoors. 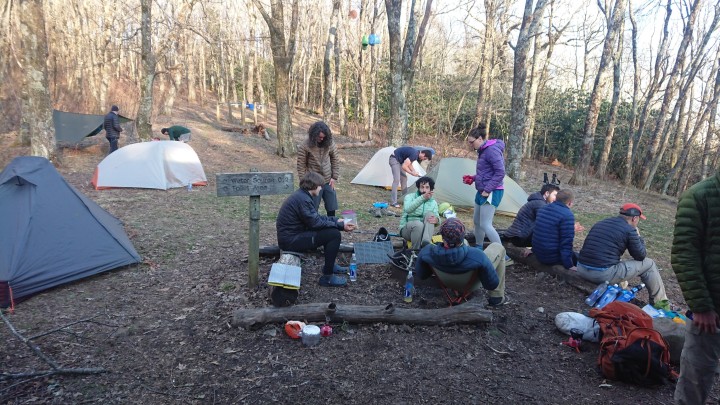 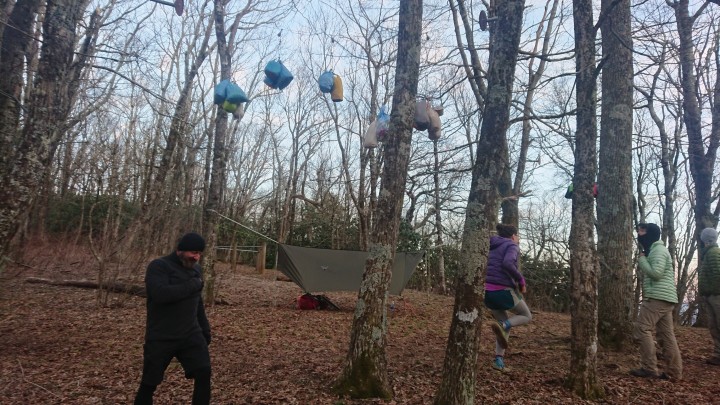 We made a fire in the fireplace and passed out, a nice end to this great day.