The week of exertion! I started up Mt Shasta on Monday evening, hiking 1.7 miles from the trailhead to Horse Camp, a Sierra Club outpost at 7900ft.

After a few mysterious events (I think the mountain is haunted or something), I went to bed early for a 3am start. I hiked up 2500ft to Helen Lake (a popular camping spot), where I switched into boots & crampons. The final 3700ft are up a steep snowfield, punctuated by the occasional rocky cleaver or cliff band. I stopped just below the summit to see the hot volcanic vents, then continued to the top by 8am. It was cold-ish, 40s and windy, so after some quick photos & summit logbook, I headed down. A 4-hour descent and a whole pizza completed the day.

But, I had killed 2.5 days around Mt Shasta, so I cruised some mileage the rest of the week. After three 30-mile days and 9 miles on Saturday, I was in Etna! 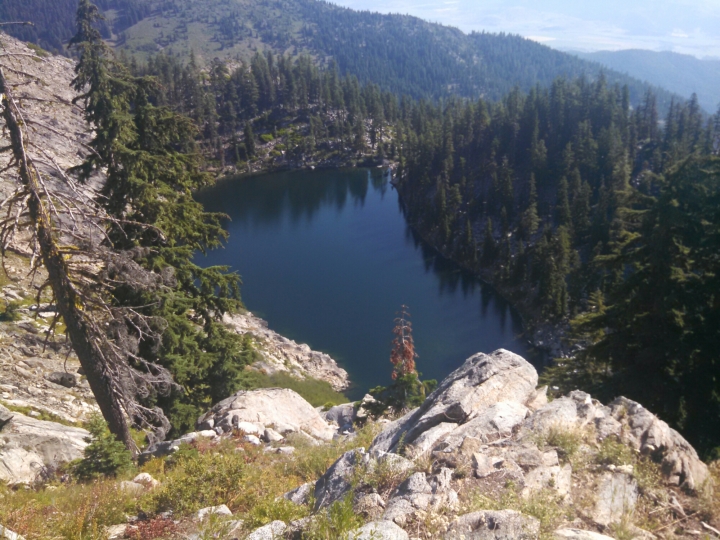 This was a beautiful section, Castle Crags park and the Trinity Alps Wilderness. The cool temperatures, moderate terrain, and lack of mosquitoes & poison oak = my favorite section of NorCal.

Next week I’ll be in Oregon!
-Recon