I was up early to check out the hot springs, and they were hot!

The hot water runoff had some interesting colors.

The morning hiking was mostly uphill, as I gained 3000ft over 5 miles, to reach Appleton Pass. 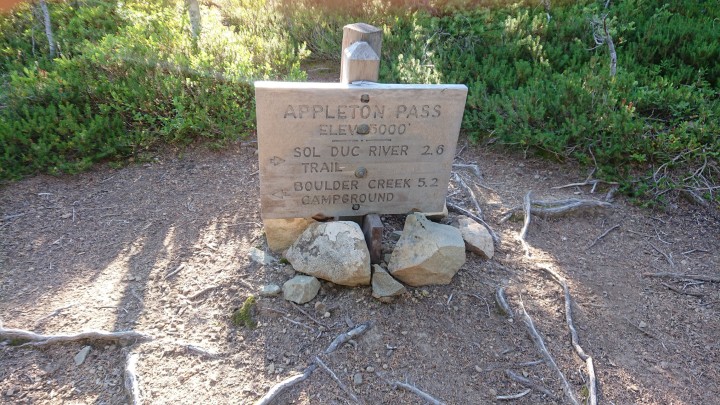 There was a campsite at the top of the pass, and people were just packing up to leave at 9:30am! I sat and chatted with them for a bit and admired the views.

I believe this was Mt Olympus in the distance.

The descent was quick, and it was wet at the bottom. Some of the small ponds had this weird film in the water.

And the rivers had those single-log bridges over them. Except the logs are huge!

Another bridge a mile later, it even had steps carved into it!

I climbed uphill again, to reach the High Divide Trail. It traversed a 5000ft high ridge for over five miles. 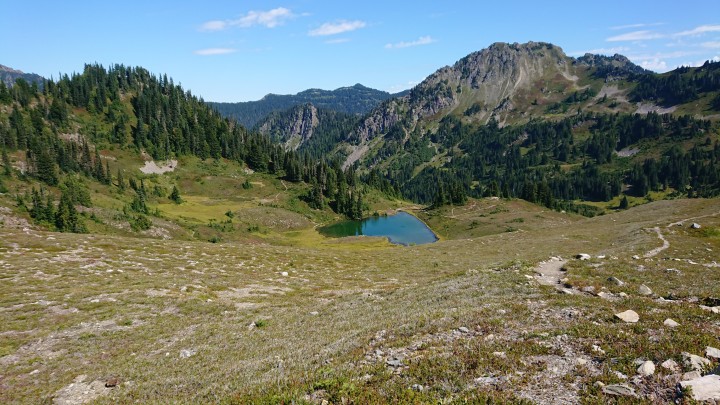 And I had a closer view of Mt Olympus.

And then more lakes… 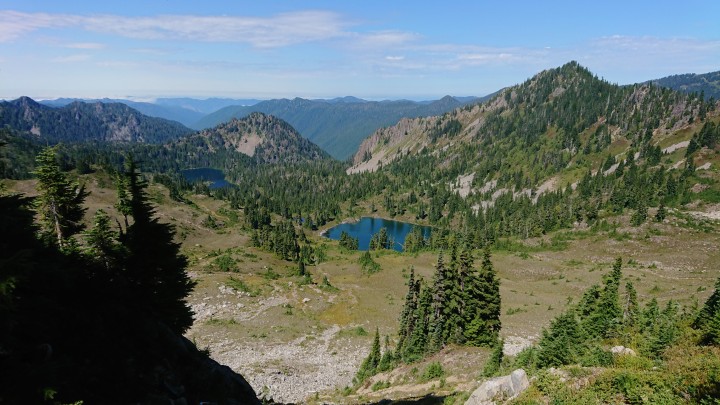 And then a bear! He was the first of many bears today, I counted seven.

The views from the top of Mt. Bogachiel were pretty spectacular… 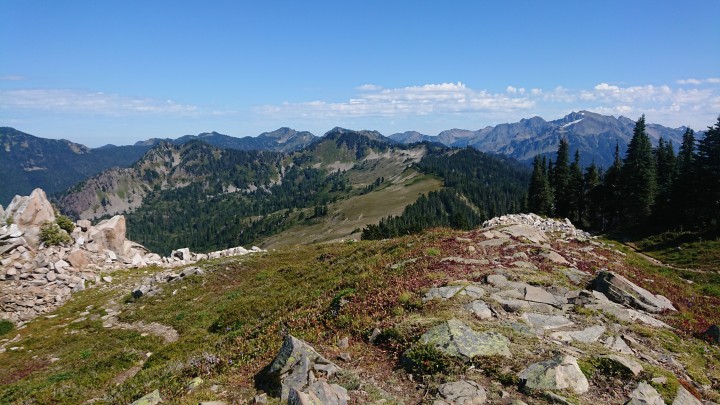 The Seven Lakes Basin was a very fitting name.

I finally descended off the ridge at 4pm, and took a break in the shade by a lake. There was a campsite near there, though I thought the campsite assignments were oddly specific… 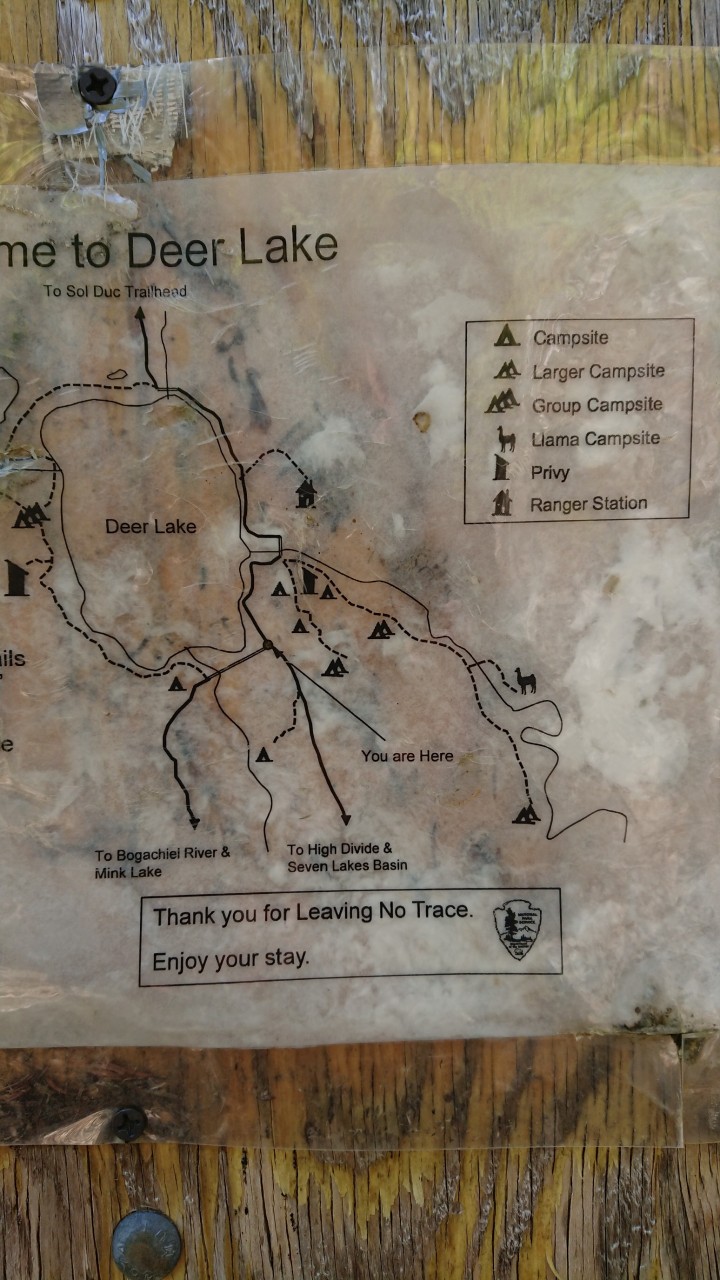 I continued on to camp, crossing a few wetlands and trail junctions. 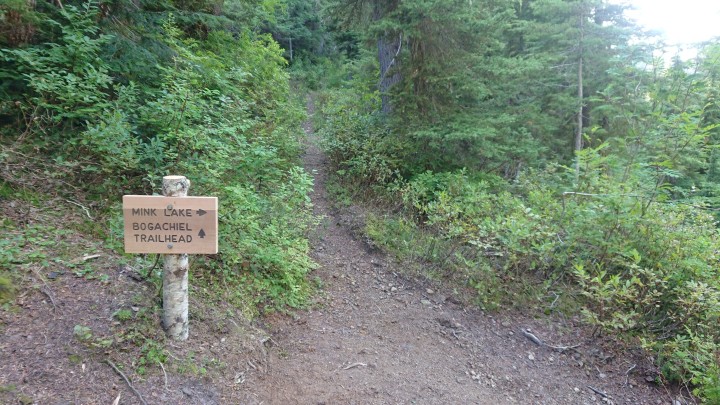 I arrived to camp at 6:45pm, later than usual but it was a long day with many breaks. And Semi-Sweet and Kate were there at the campsite too! It’s so unusual to see other PNT hikers, and camping with them even more so.