I woke up to a shelter full of people, apparently a couple more hikers arrived in the middle of the night. I left at 7:30am, and it was cold enough for gloves and a hat. The trail stayed on the edge of a steep ridge, so I had some views today.

After 4 miles, I got to the wayside cafe that served a breakfast buffet. My stomach was feeling a bit off, so I skipped it and had some cookies at a picnic table. There was a sign nearby, presumably for animals. But it also works for hikers!

The trail resumed from the picnic area in a confusing way. Blue AND white blaze?

After a few miles, the trail entered a more touristy part of the park. There were heaps of both views and tourists. 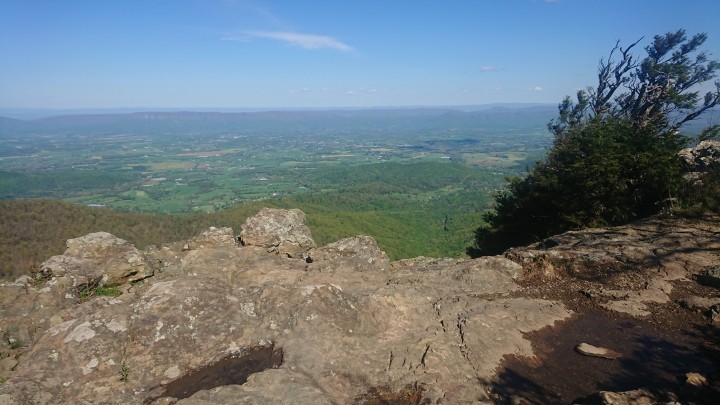 Apparently the Appalachian trail is only 2000 miles long? Haha!

For two miles, the trail was packed full of people. Must be a weekend. Fortunately, the last 5 miles of the day was almost empty. 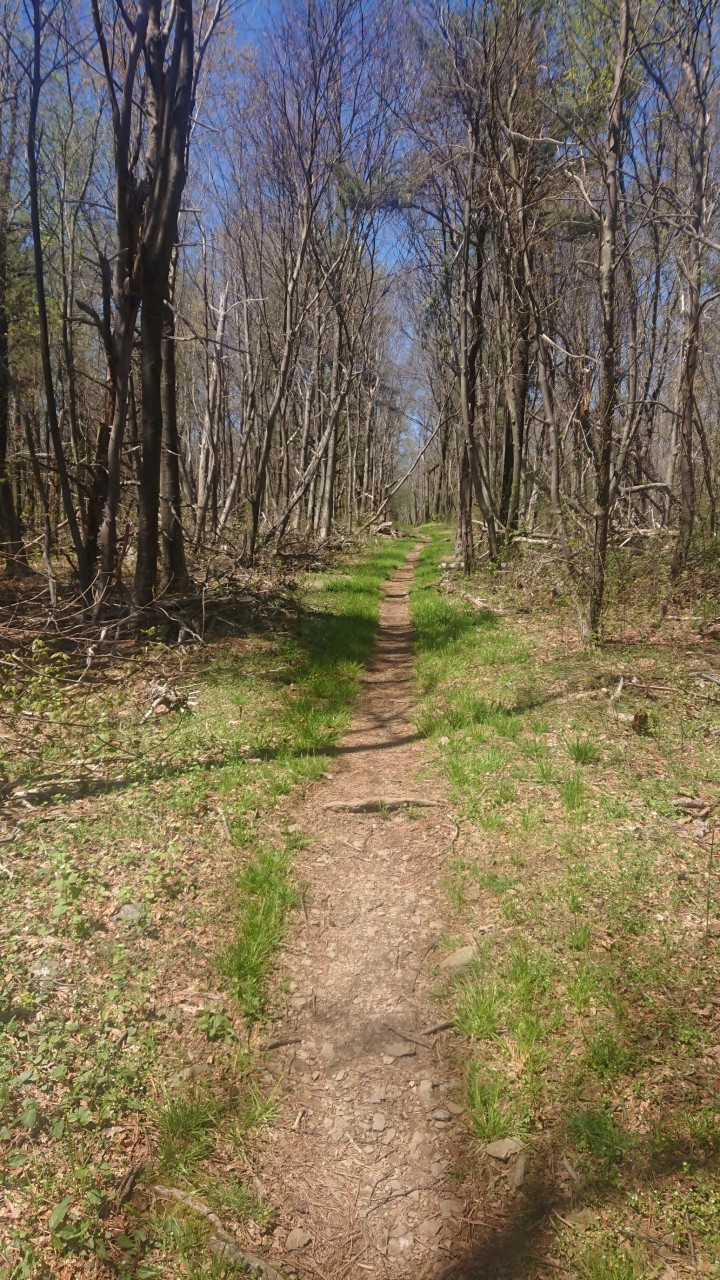 I think there was a bear here, though..

I stopped for dinner at the Elkwallow wayside Cafe, and Lightfoot was already there. Cedar showed up at dinner too, and we had salads and milkshakes and burgers. The last half mile to camp was a slog, with a full stomach. We made it to our planned camp spot, but there was a group of boy scouts there. They told us about a nearby locked cabin, and we camped on the porch to escape the rain forecast for tonight. Perfect! 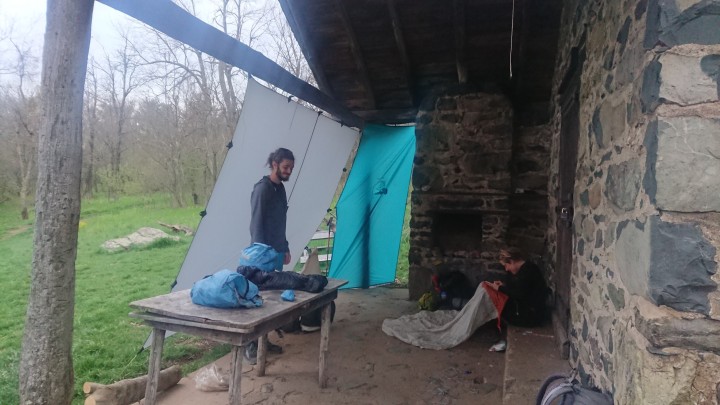